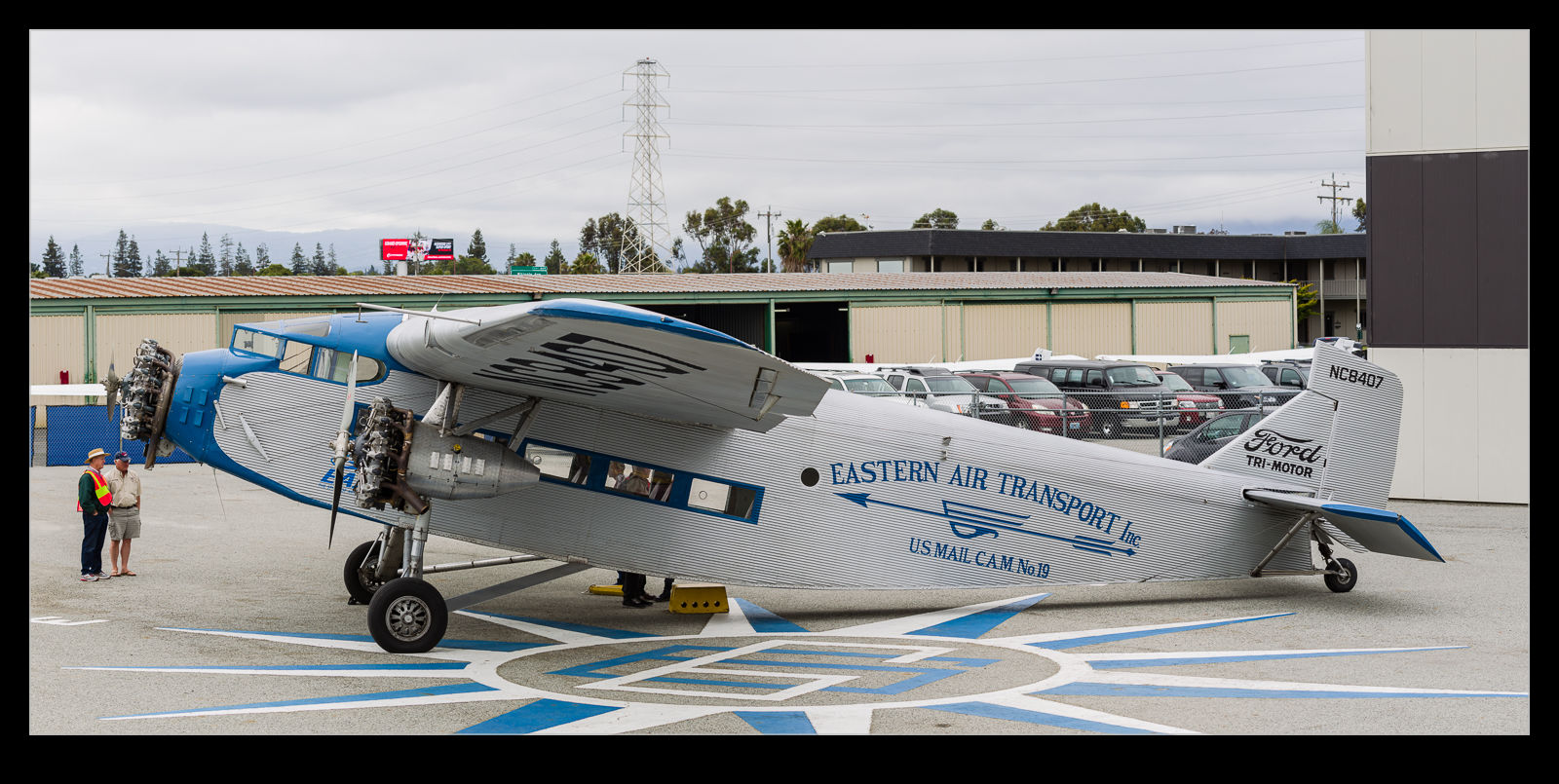 EAA take their Ford Trimotor on tour around the country giving pleasure flights to people at many stops en route. I have seen the plane quite a few times including at Oshkosh and Clow. When Hayman told me it was stopping at San Carlos, it seemed like a good idea to take a trip along to see. It was operating from the ramp at the Hiller Aviation Museum so that is where I started out. Actually, breakfast at the great airport café is where we started! 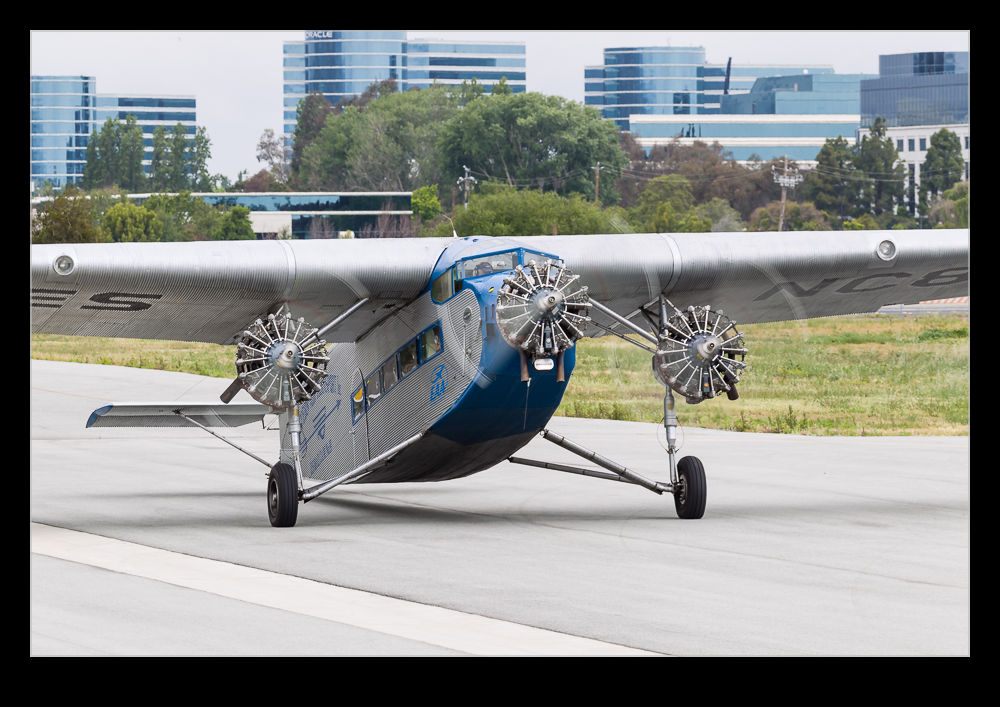 The early weather was a bit overcast. Gray skies and flat light are not ideal for a metal finish aircraft but we could still enjoy the flying and the start up and shut down as they turned the plane around. It gets off the ground with a very short roll so, given the length of the field and the runway in use, it was well up by the time it came past us. We did experiment shooting down the runway head on. This coincided with the sun coming out so the heat haze suddenly became an issue. Win some, lose some! 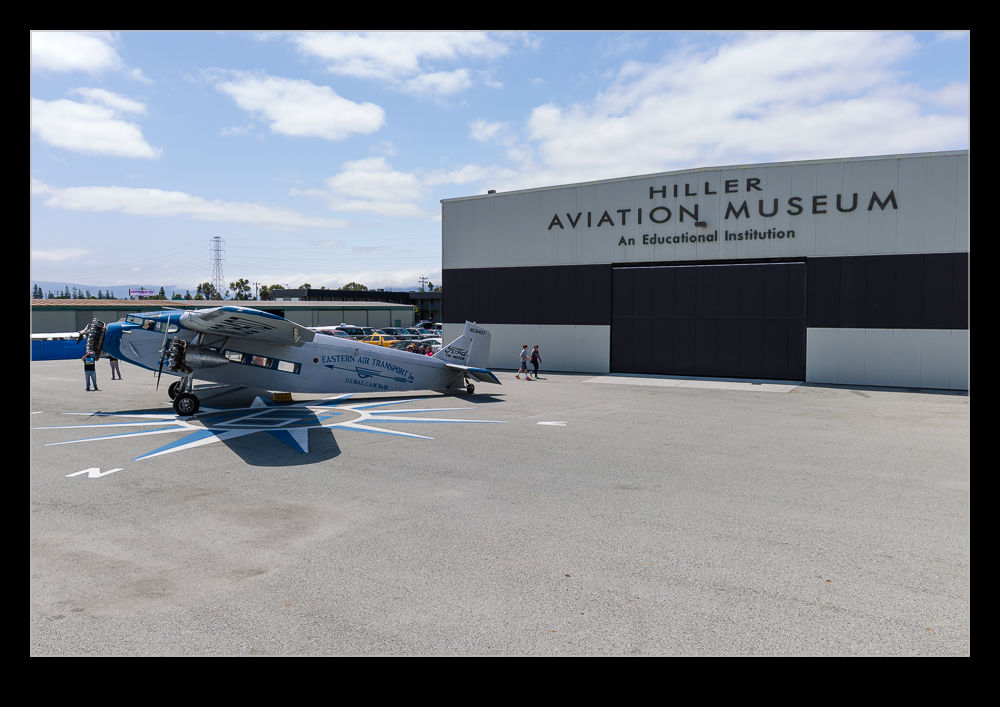 After a while, Hayman and I decided we were done for a while. He had other things to do and I wanted to try a couple of other things. However, it did decide to come back later on to get some shots from a different location as the plane was landing which also had the nicest light of the day. Good job to EAA for a great program that was very popular. They had a lot of customers, all of whom seemed to have had a good time.