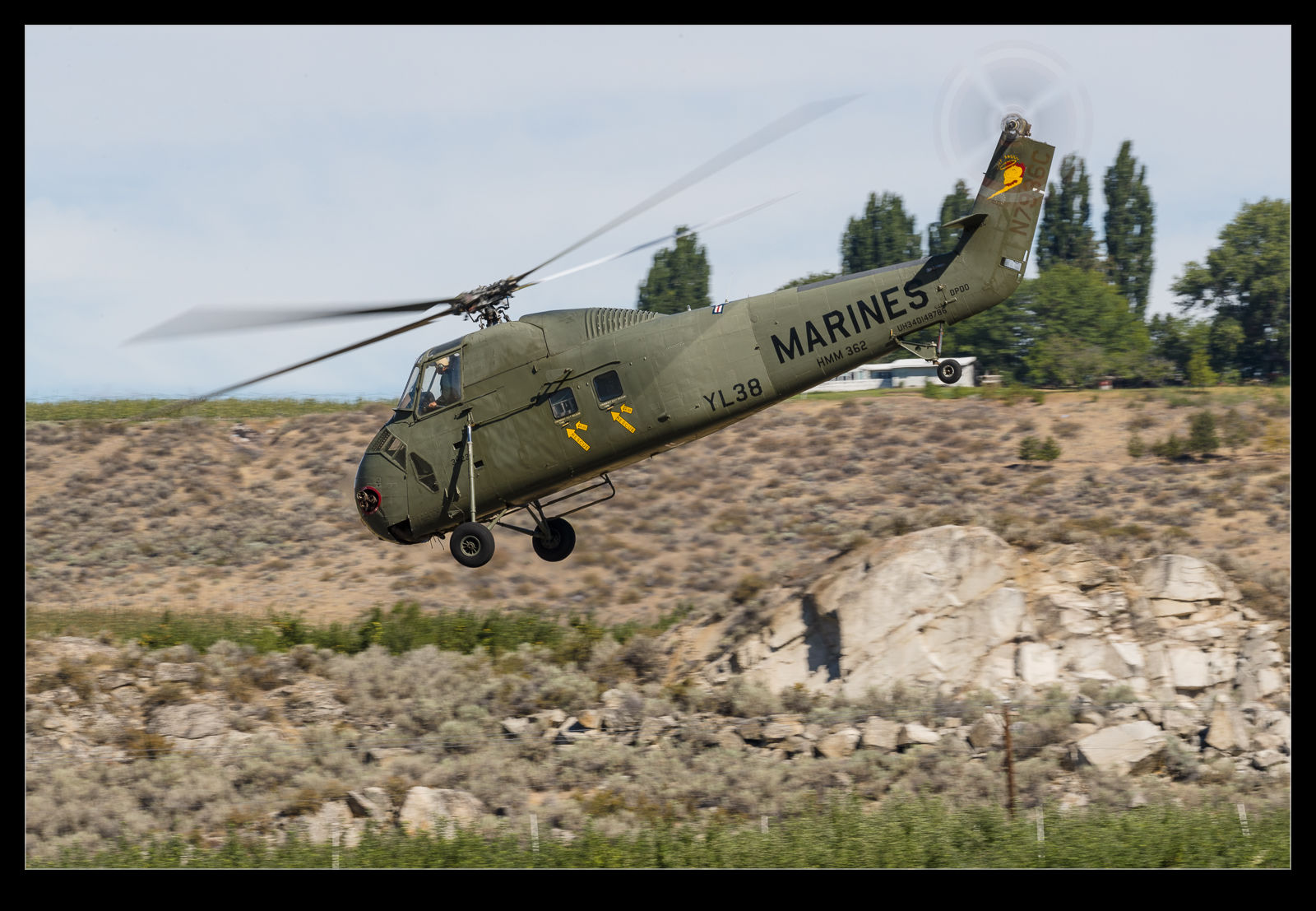 As I mentioned in a previous post, my visit to Brewster to see the S-58/UH-34s was not one during which I was expecting to see anything flying.  As I drove up, you can imagine my surprise to see a UH-34 in pristine Marine Corps markings hovering in front of me.  It transitioned away as I pulled in to the airport so I was pretty annoyed thinking I was just too late to see it.  However, I was wrong.  They were doing pattern work and, while I don’t know how long that they had been flying already, they were not finished. 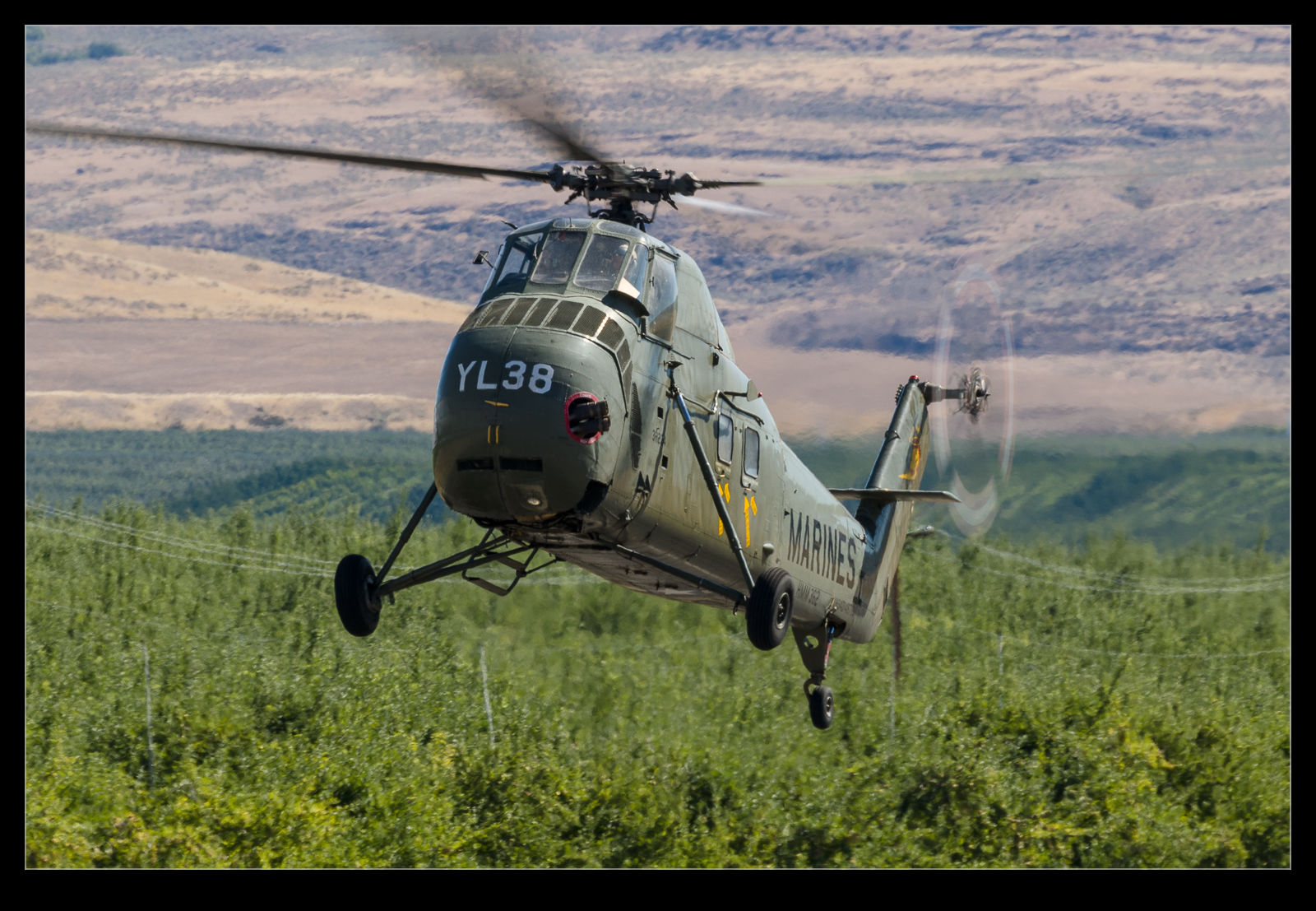 I parked the car and grabbed the camera as they came downwind and turned in to approach from a high position.  The next couple of approaches seemed to be autorotation training.  Each run around the pattern gave me a bit more time to get to a better position from which to get some shots.  Initially, there was a building in the way but I was able to move to a spot with a clear view of the action without going anywhere I shouldn’t have been. 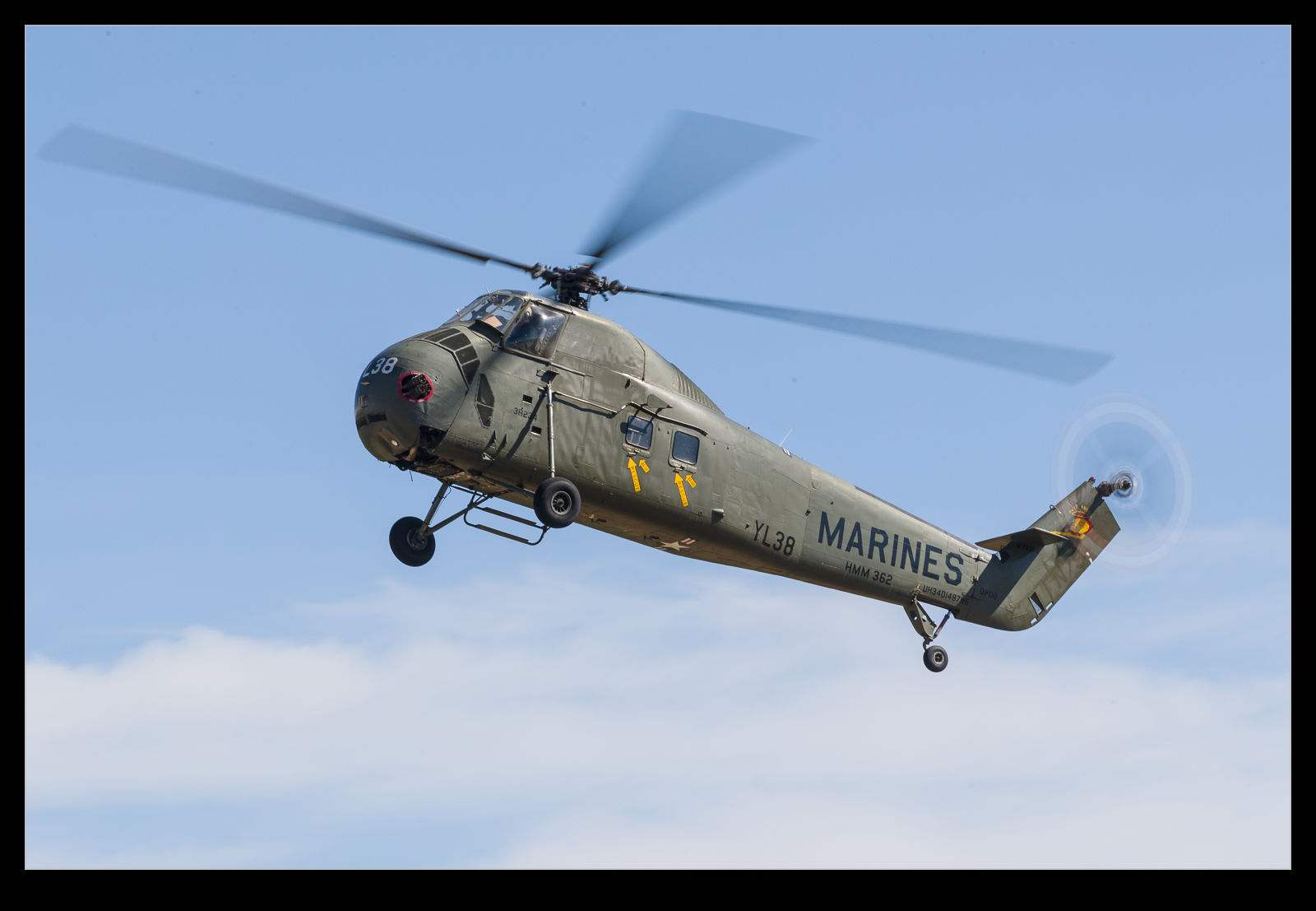 As I had managed to grab some shots, I figured I would switch to some video while I was at it.  I didn’t get much video but enough to put together one composite circuit of the flying.  That video is on YouTube as seen below.  They then landed and taxied back to their ramp where, after a suitable cooling off period, they shut down.  I was tempted to hang around to see if they flew again but I had a long day planned ahead of me and wanted to make sure I got everything in so I decided, after a short while, to continue on my way. 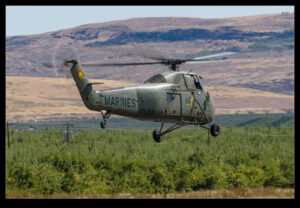 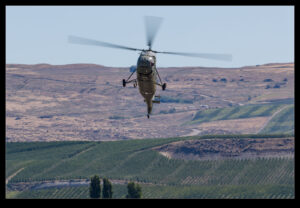 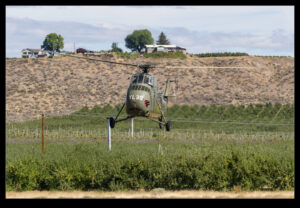 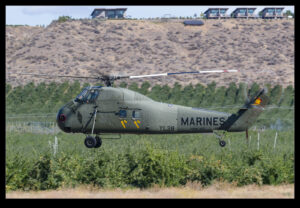