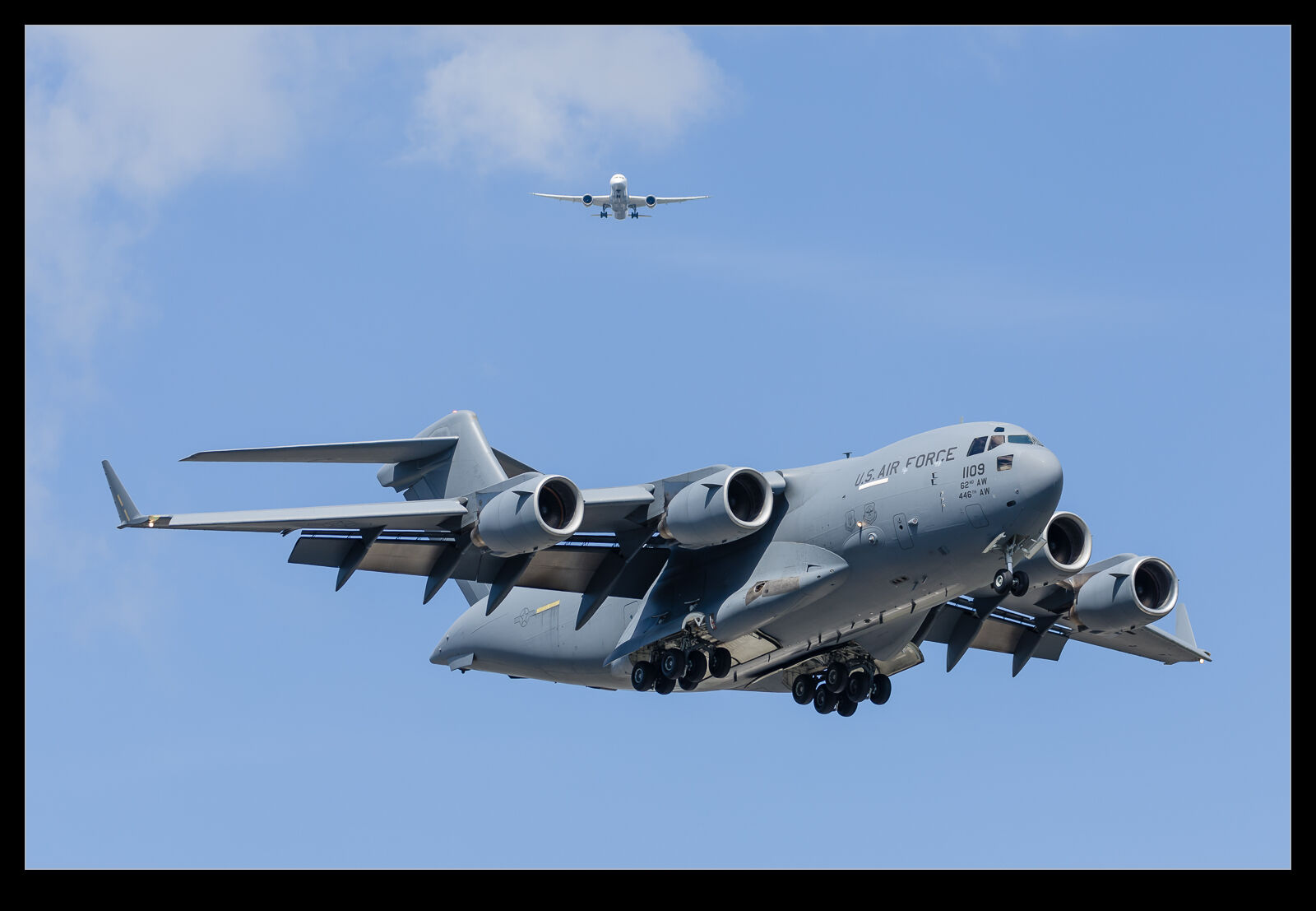 Boeing Field has a lot of civilian traffic, but it is also a popular stop off point for military traffic.  What I hadn’t anticipated was a McChord C-17 wanting to use it for some pattern work.  I was sitting in the car working on a spreadsheet updating my forecasts for a project that we are working on.  I guess I had heard something call up but was busy with the work and had not realized what was coming.  However, the rumbling of four engines got quite loud and I looked up to see the C-17 on short final. 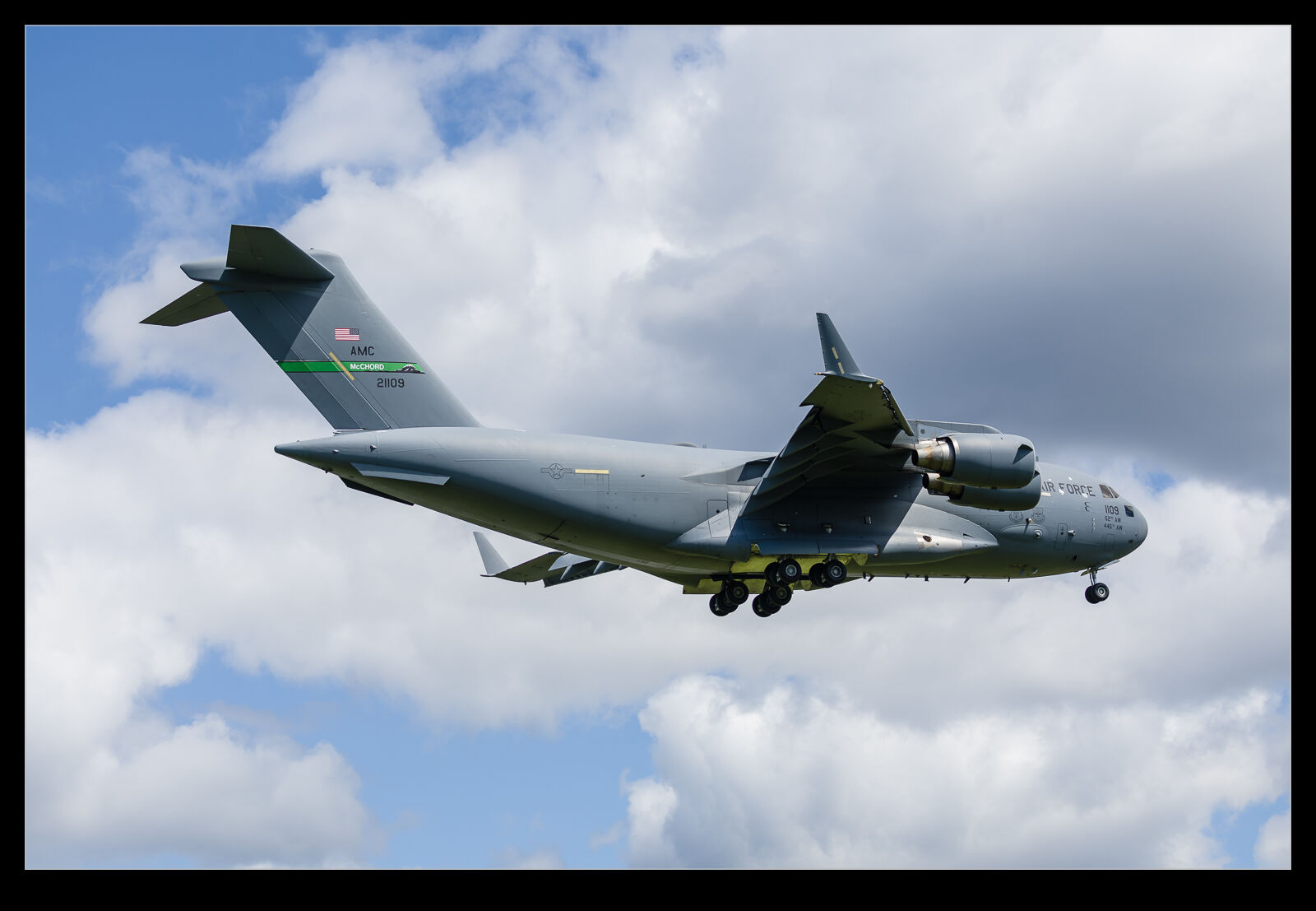 I did grab a couple of quick shots, but luck was on my side.  They wanted to fly a few patterns so I was going to get another go at it.  The left-hand patterns meant you could see them heading downwind and turning back on to final.  I could get on with my spreadsheet and be ready when they came back again.  The light was really nice and they seemed to fly a little higher on the approach than is normal so getting shots was not tricky. 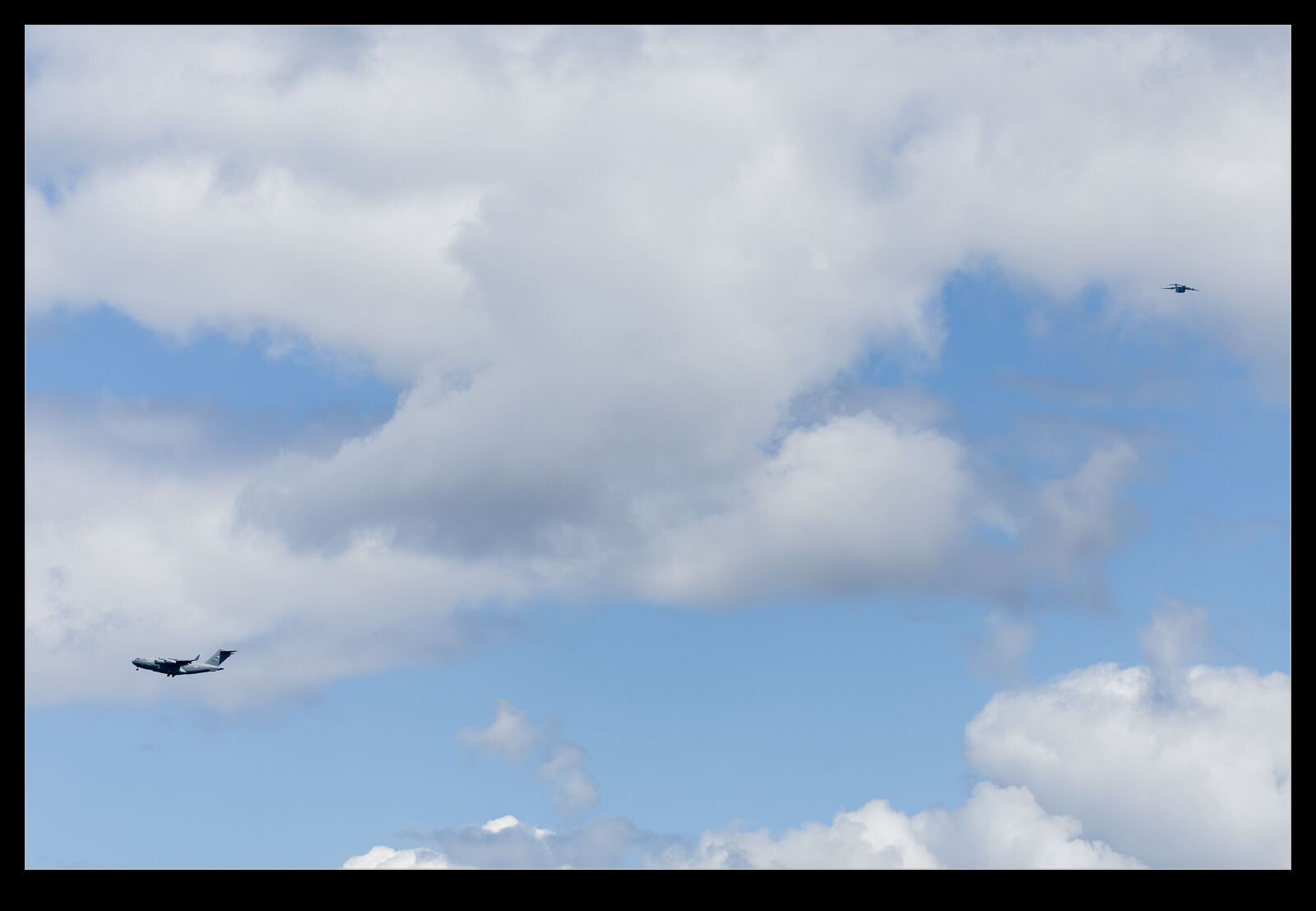 At one point, while flying downwind, I could see another C-17 flying directly across the field.  They were actually setting up for an approach to McChord and were not going to come our way but it was cool to see both in shot at once.  After they completed their pattern work, they headed back north again so I am not sure what their next plans was but I was pleased to have seen them and had the chance to try and few different shots. 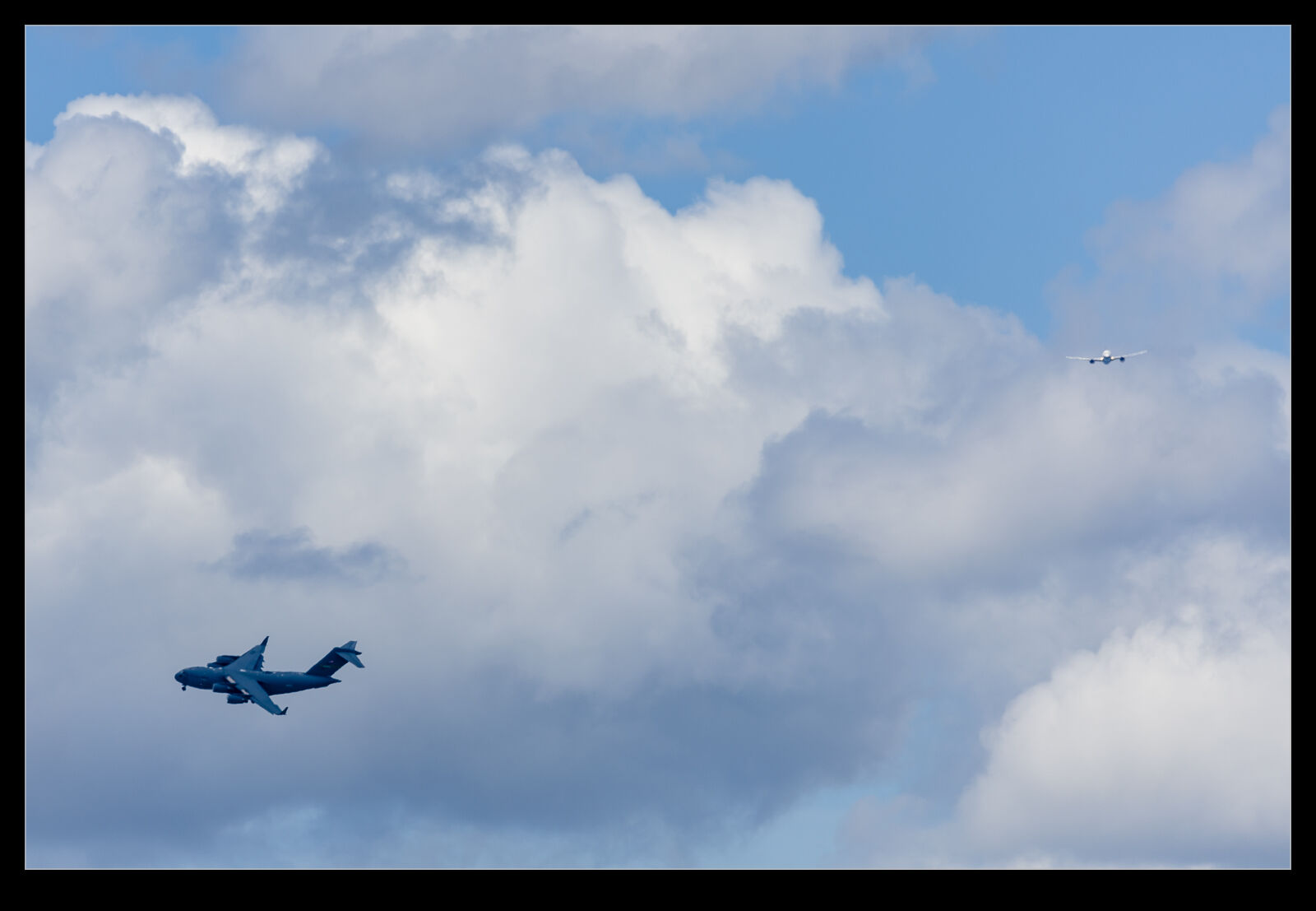 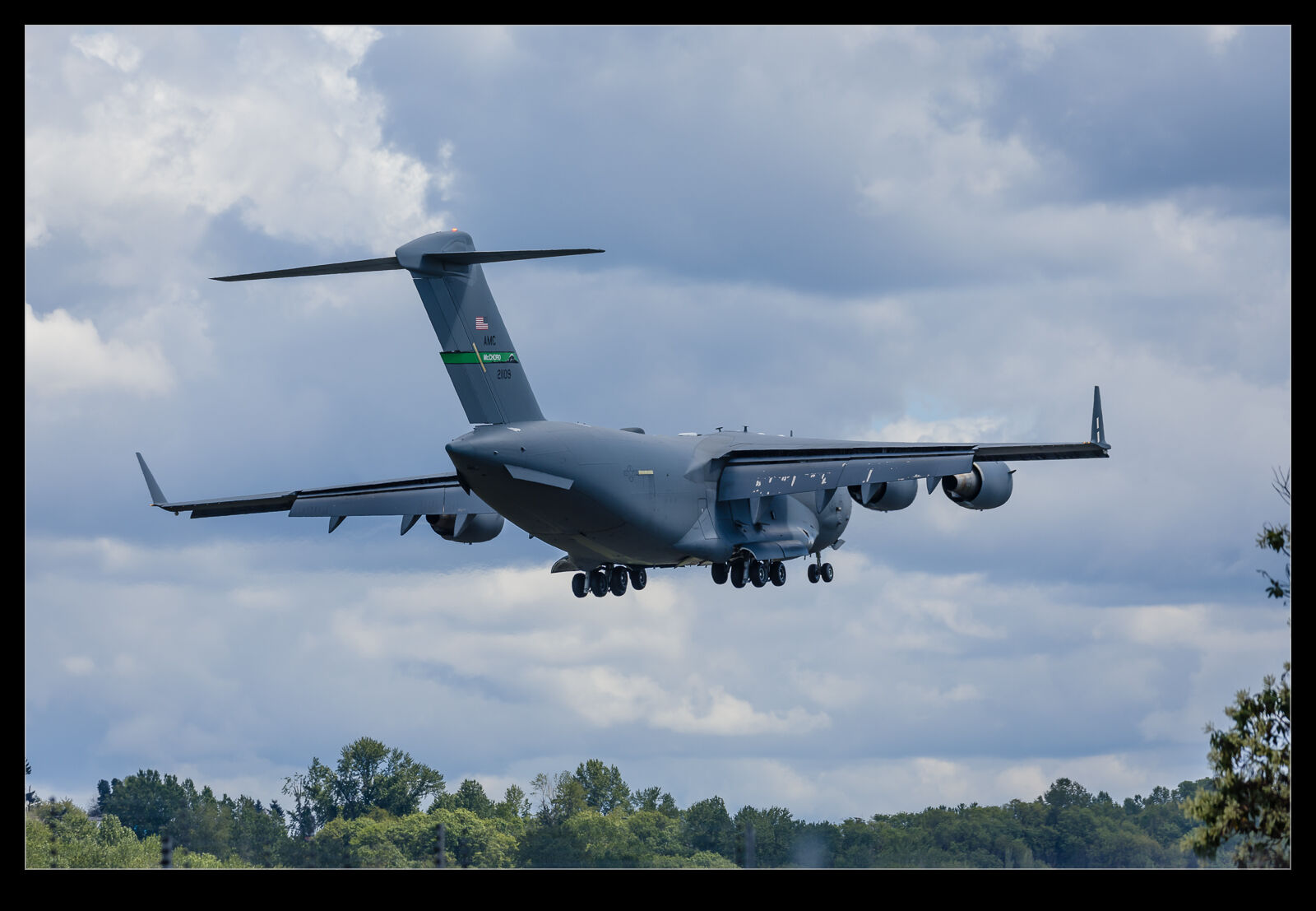 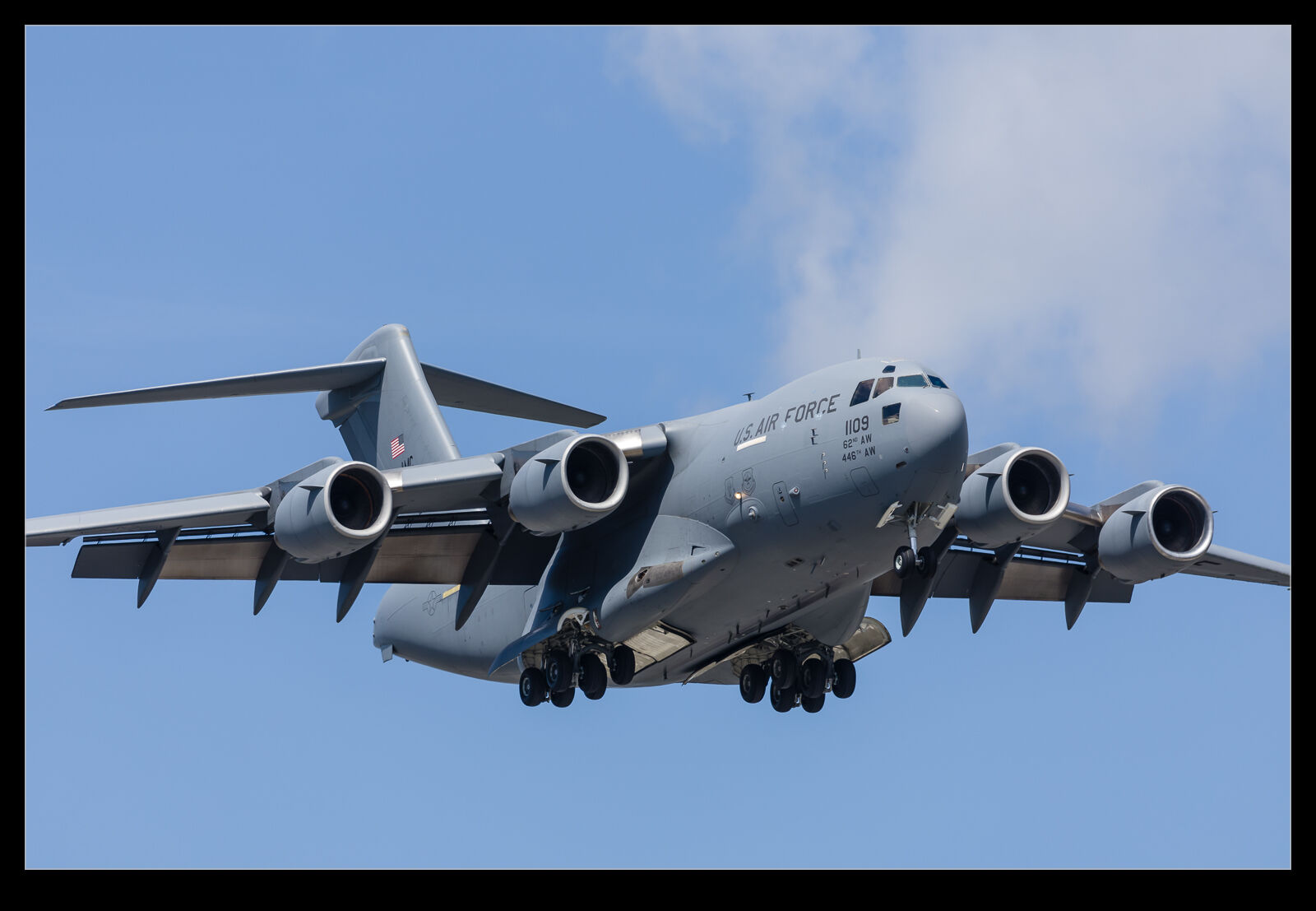 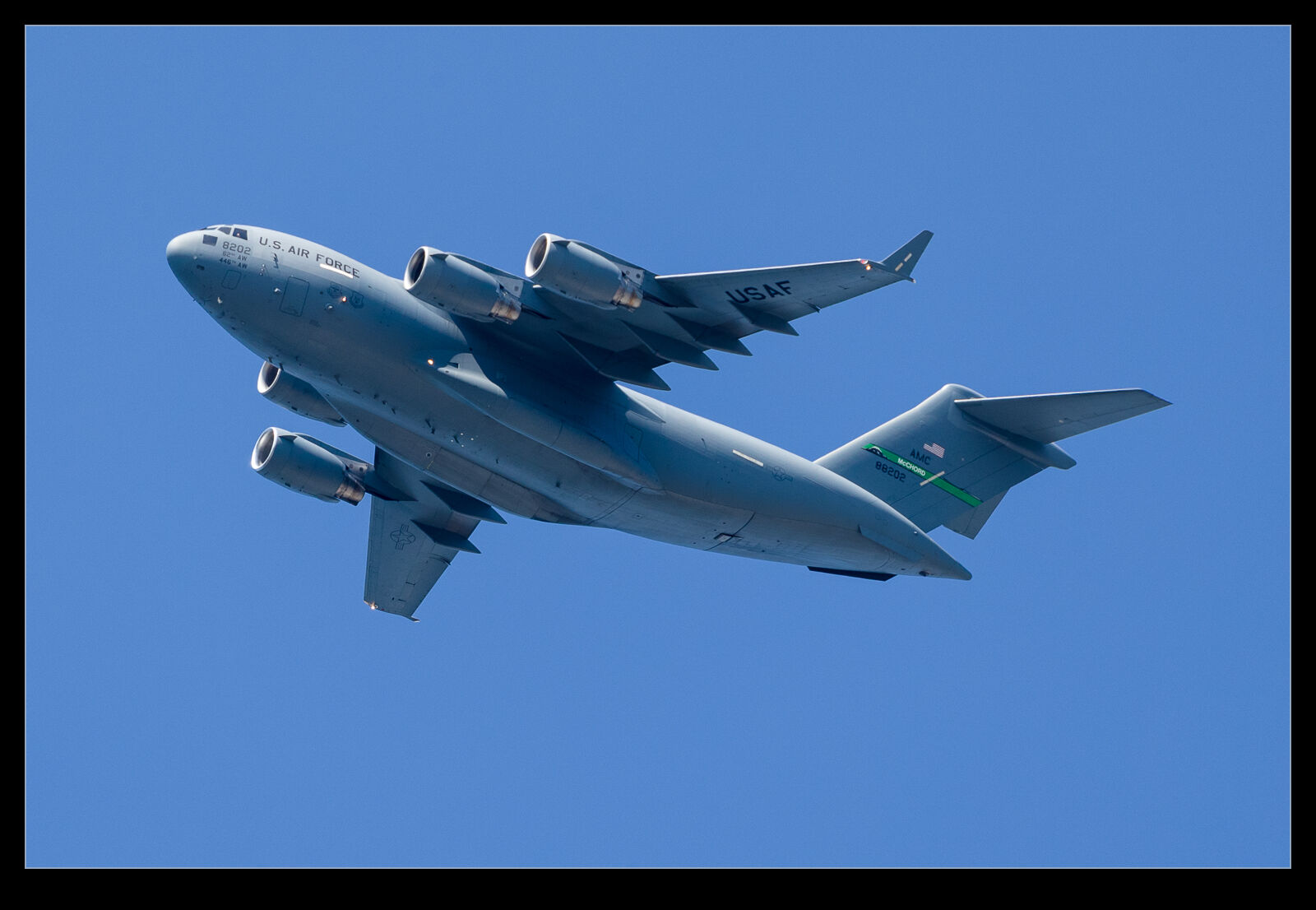 This goes back quite a while to a day when I was at Paine Field for some 777X activities.  After all that I had been there for was done, I was getting ready to pack up and go when I saw something off to the east approaching the field.  It was large but seemed rather slow.  It turned out to be a C-17.  It made a pass straight across the field and I was hoping that they would break into the pattern but I was to be disappointed.  They turned to the south and headed off towards McChord.  Still, it was a nice addition to a sunny day of aviation photography. 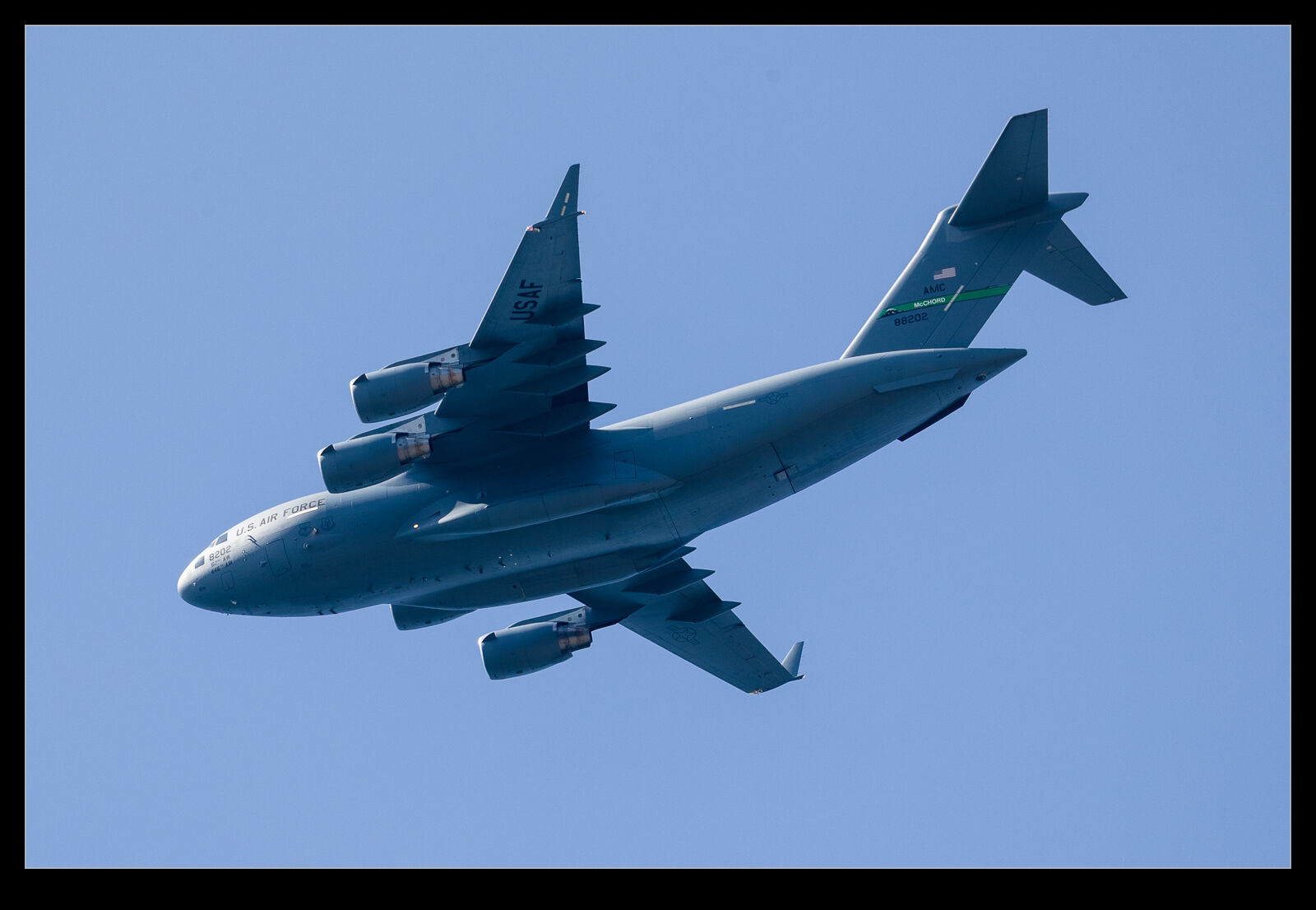 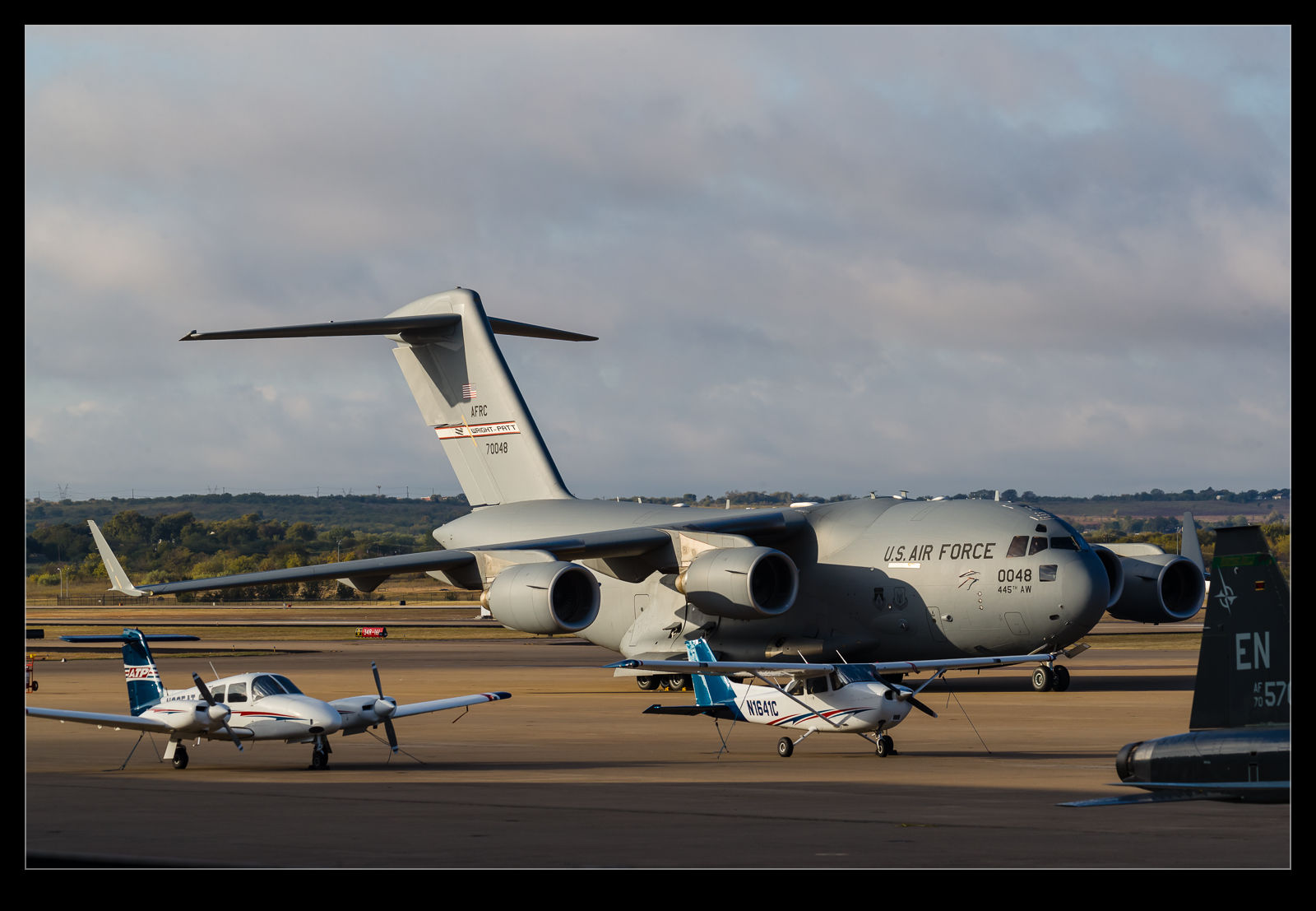 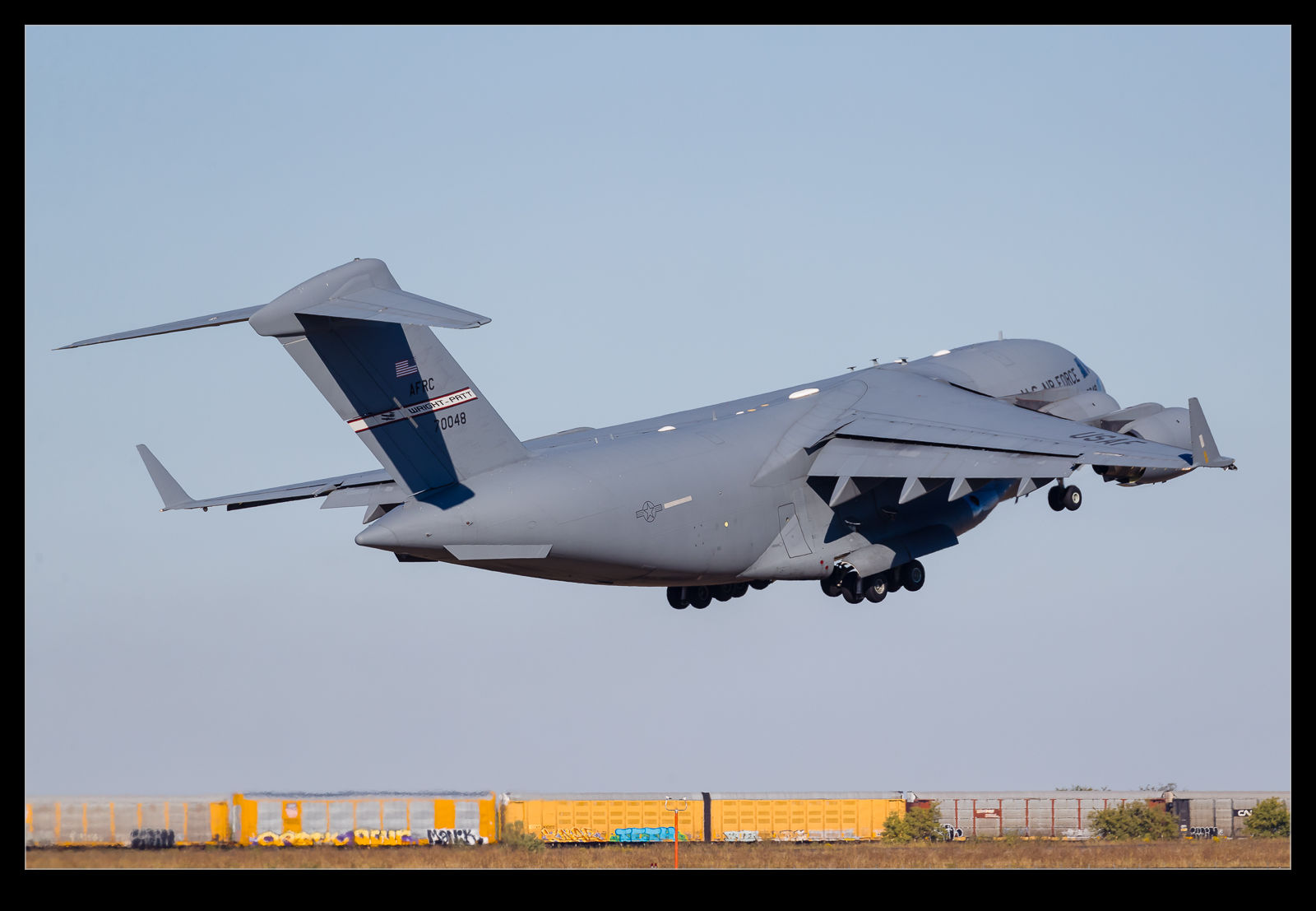 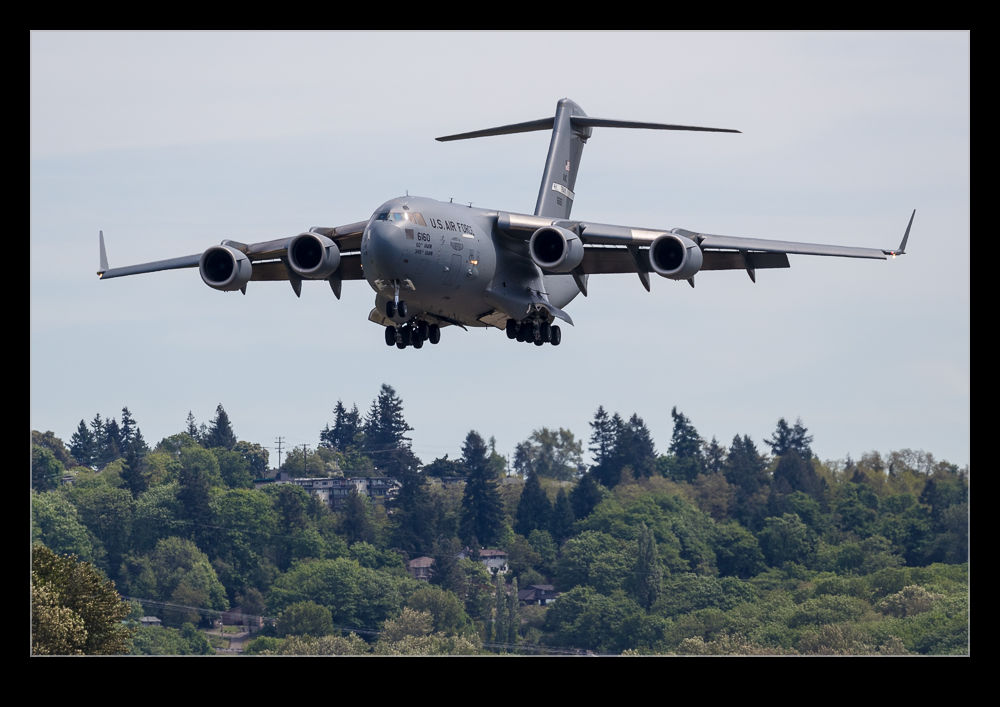 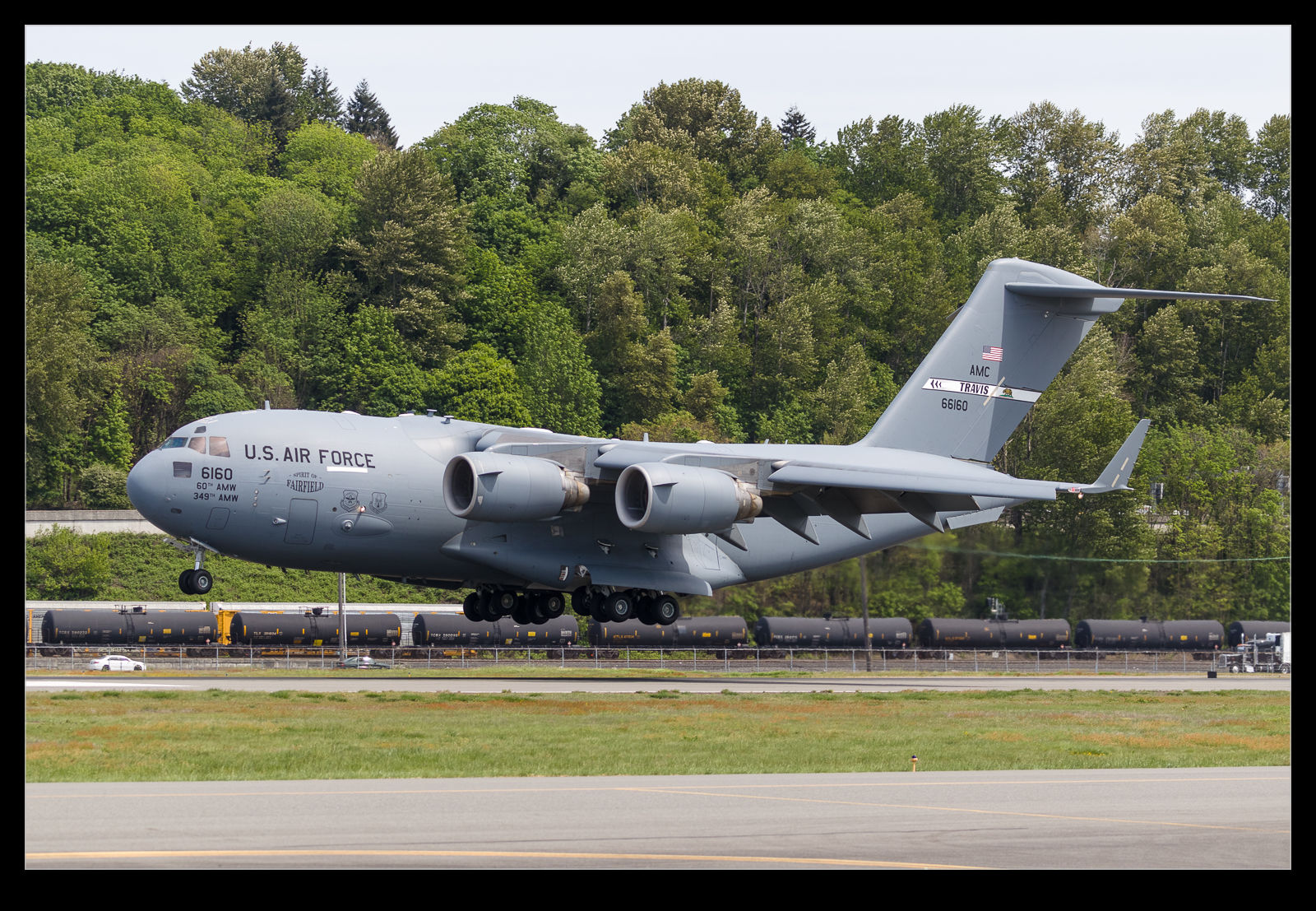 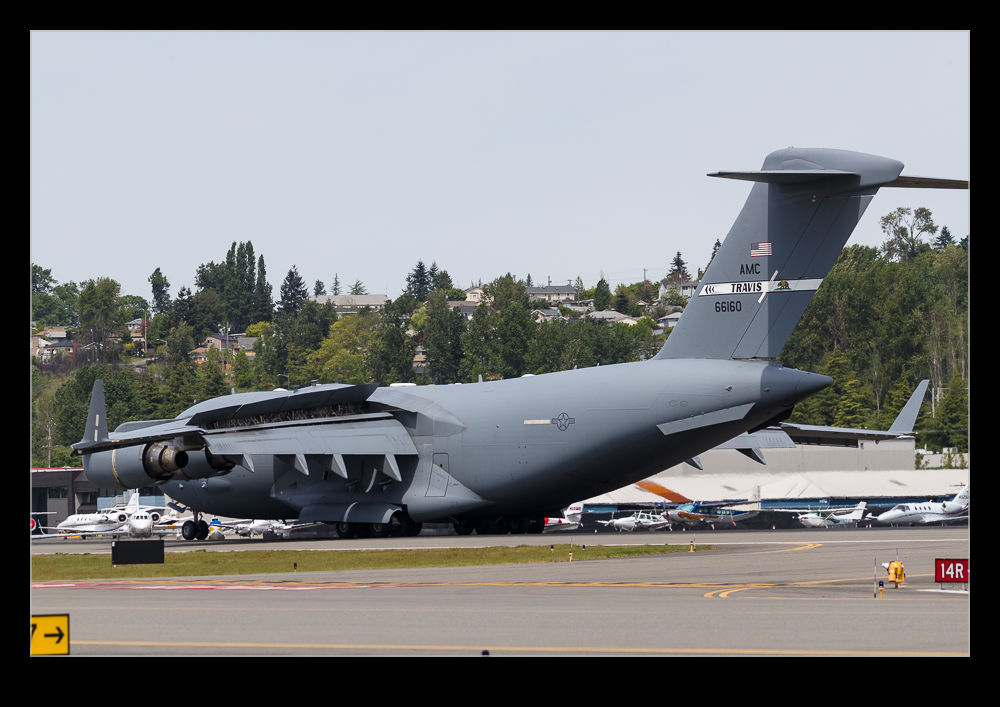 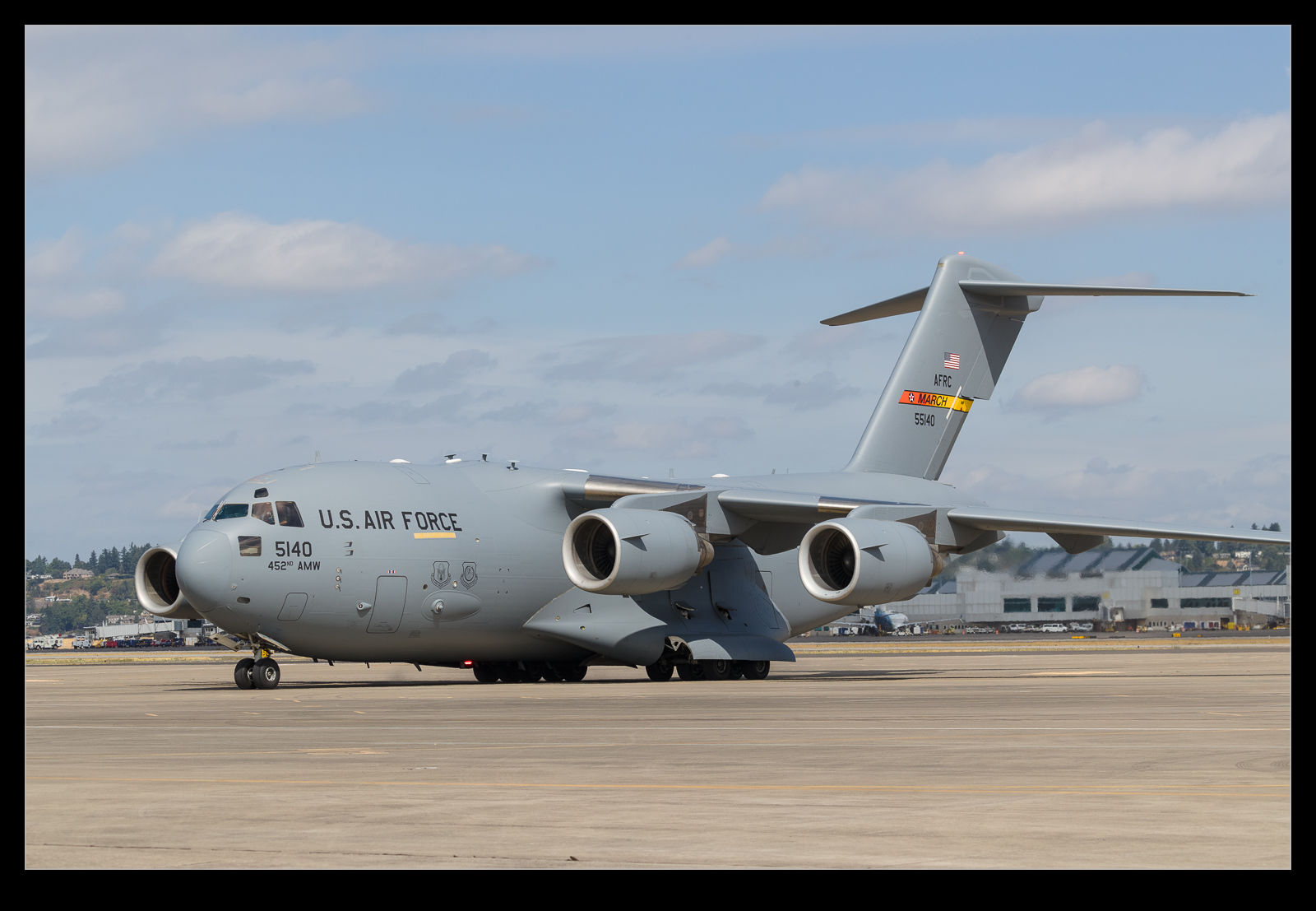 In this previous post, I mentioned the crews at Portland setting up for the arrival of some F-16s.  They were coming in from Texas for a week of DACT training according to the word around the ramp.  Sadly, the jets did not arrive prior to the end of the Open House.  However, they weren’t the only planes coming in.  The ground crews and support equipment arrived ahead of the jets courtesy of a pair of C-17s.  These arrived a few minutes apart and taxied in to the adjacent section of the ramp.  One jet was already unloading as the second taxied in.  They were a nice compensation for the F-16s not arriving in time. 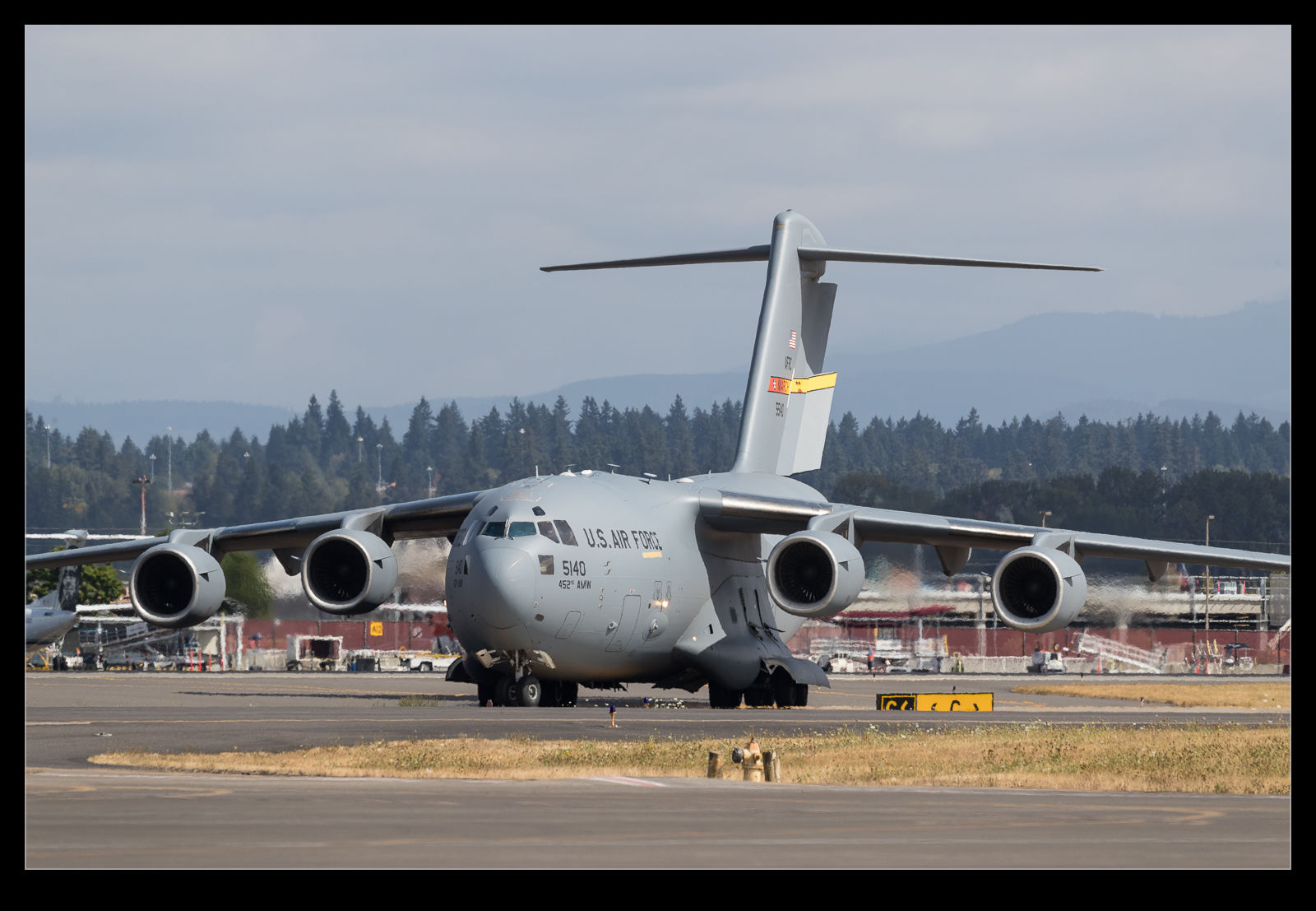 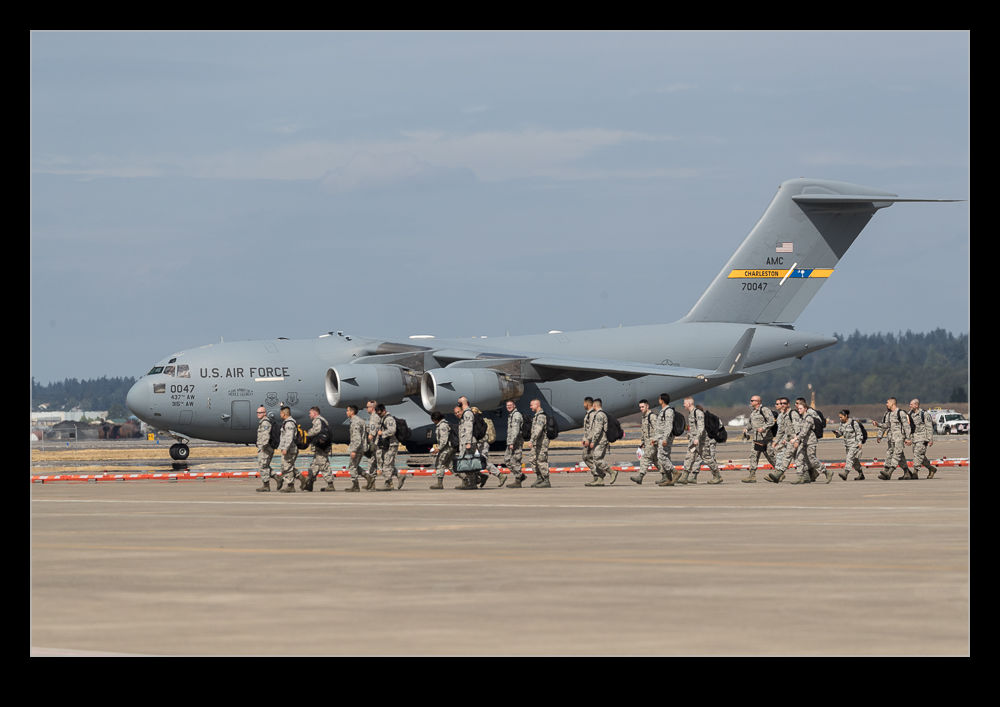