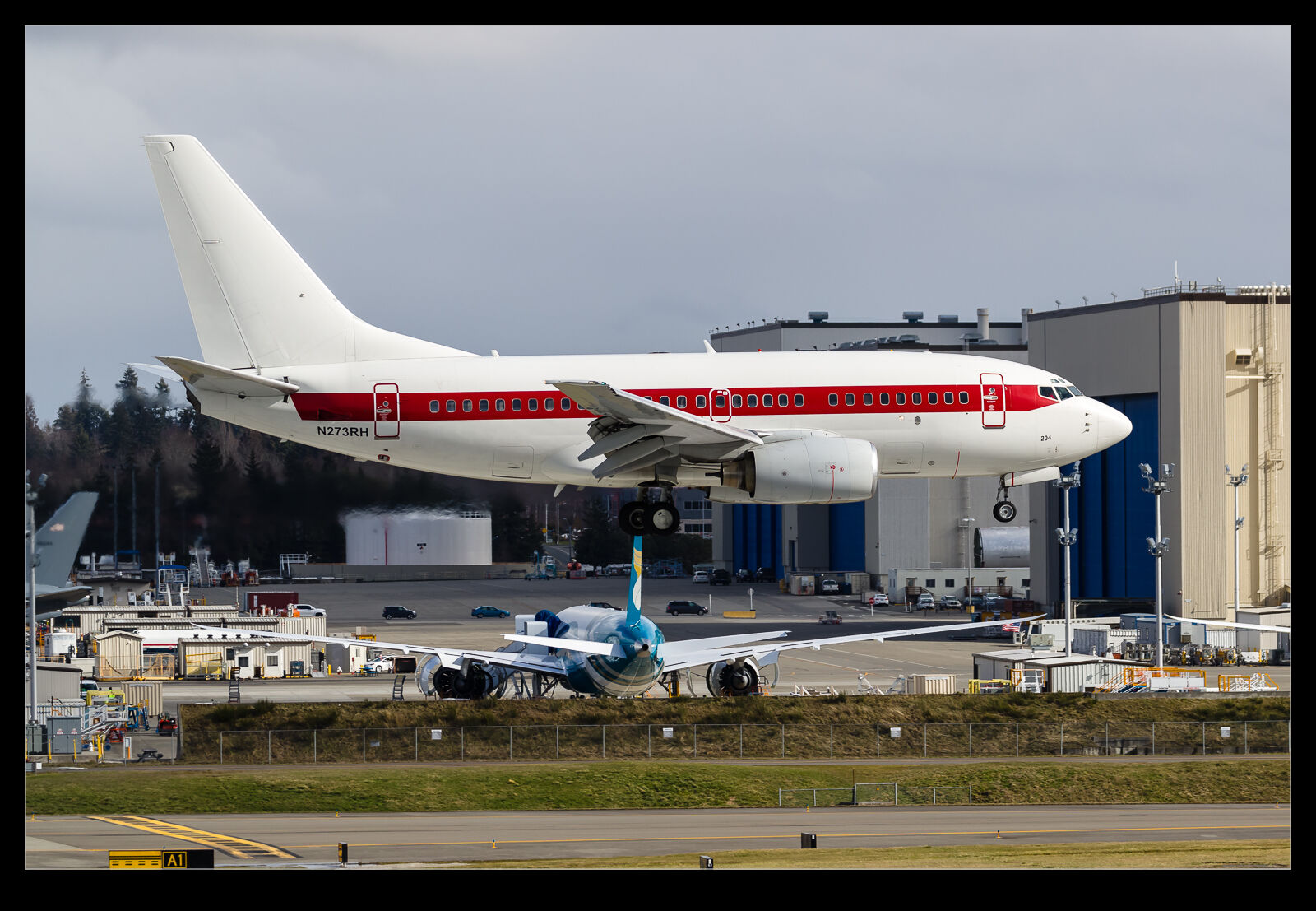 I have photographed Janet 737s operating out of their hub at McCarran International in Las Vegas before.  They have made it on to the blog too.  However, it turns out I can get them a lot closer to home.  Normally when they leave Las Vegas, they fly for a while and then disappear to wherever they are headed.  In the case of the destination being Paine Field, no need for such subterfuge.  Like a lot of operators, it seems they use ATS for maintenance. 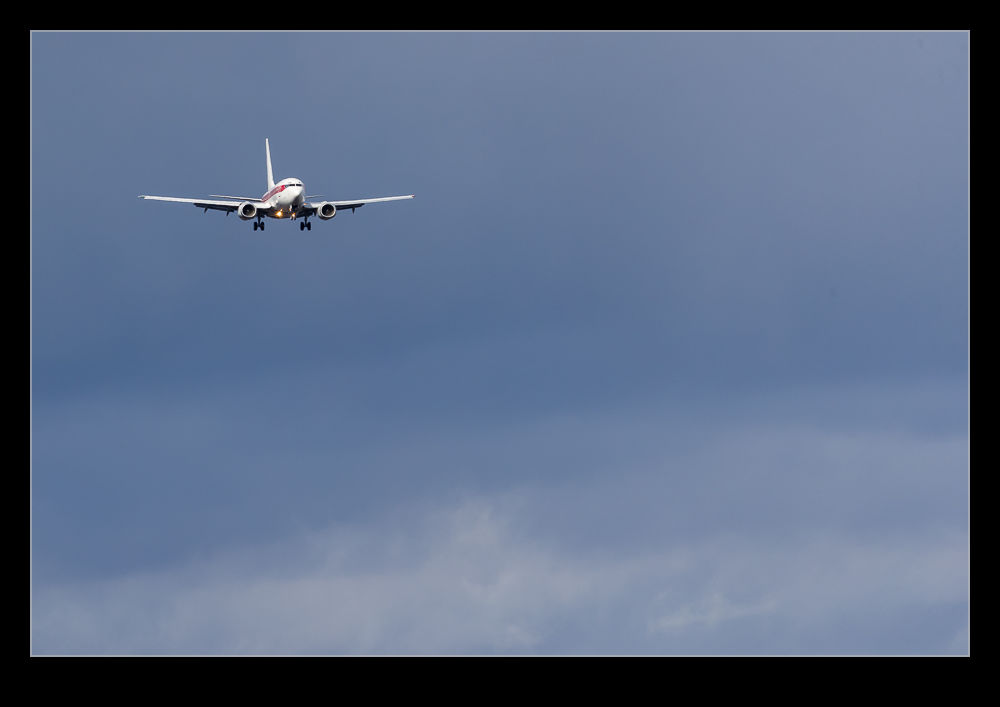 I knew an aircraft was in as they had been filing flight plans for a number of days but never going anywhere.  The weekend came around along with another flight plan so I was skeptical.  However, when they got airborne, I figured it was time to be ready for the return.  The weather was doing its usual thing.  Clouds everywhere but with sun regularly popping through.  Could we get the same thing? 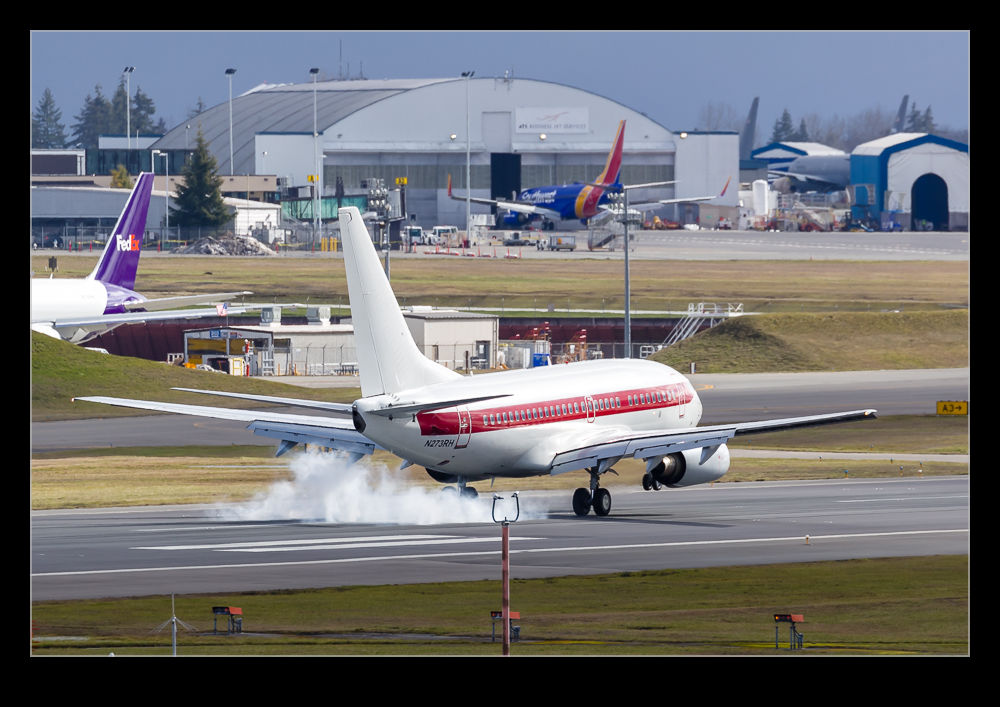 Hardly surprising that a big cloud rolled in as they were lining up on the ILS.  There was still hope of light further up the approach and the cloud was moving fast.  In the end, we had good light far out, a lot of gloom for most of the approach and then sun just over the threshold.  Not perfect but it would do.  The flight must have been successful because the departed for Las Vegas later the same day.  We have had some before so hopefully there will be more.  The 737-600 is pretty rare anyway so this is one of the few times I get to see one.