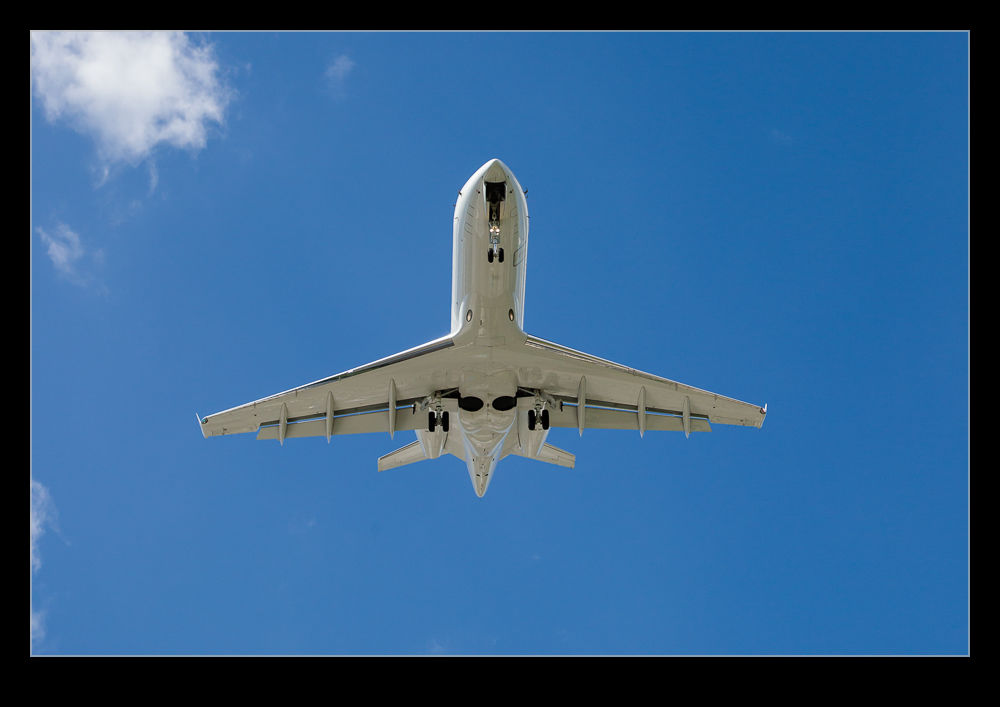 Hayman and I had a few hours to kill after we arrived in Seattle and before we had a ferry to catch (of which more in another post).  We decided to stop off at Beoing Field to have a look around.  We checked out a number of places including the excellent pilot shop they have and ended up near the end of the runway.  I had looked at this location on a previous visit but not shot there.  A 737 was up on a test flight and due in soon so we decided to hang around. 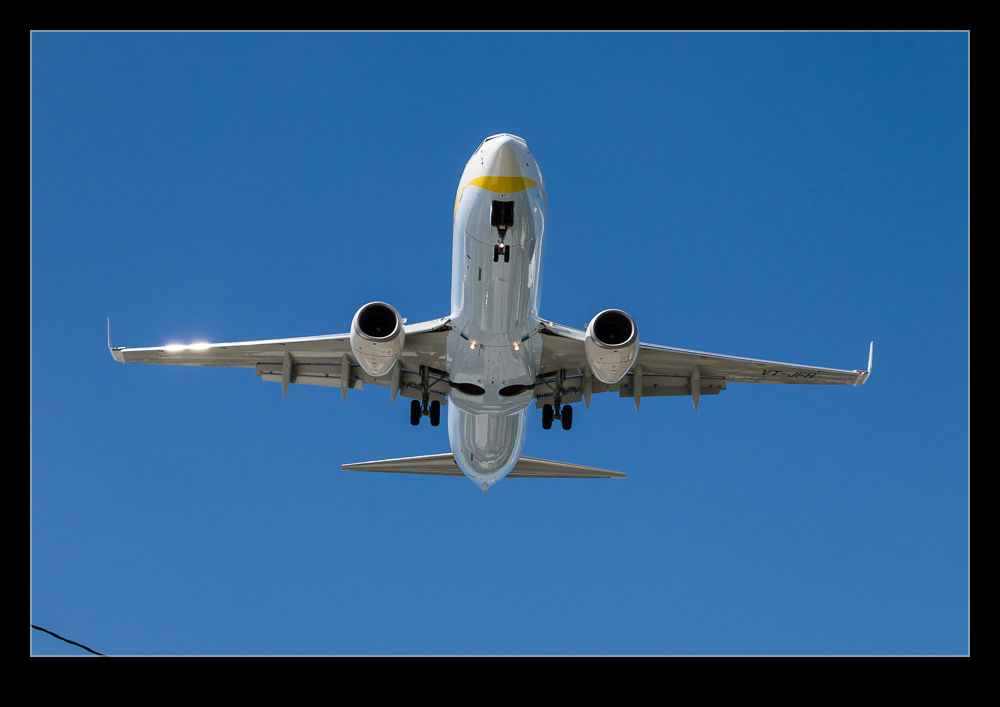 Before the 737 appeared, we did have a couple of corporate jets show up.  Identifying them from underneath is a little hard to do, even for those of us with far too familiar a knowledge of this things.  However, I was more interested in getting a slightly different shot from underneath.  With power lines nearby, there was a relatively short period of time in which you could get a clear shot. 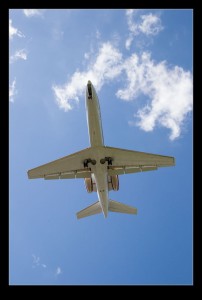 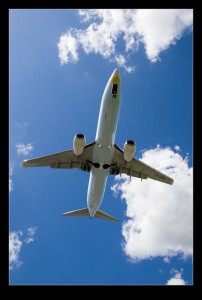 The 737 showed up shortly afterwards.  We did get to shoot it as it passed overhead but I did remember to stop shooting at one point and just look.  The view through a wide lens tends to make everything look small.  However, having something the size of a 737 right over your head is very impressive and you need to stop taking pictures and just have a look every once in a while.