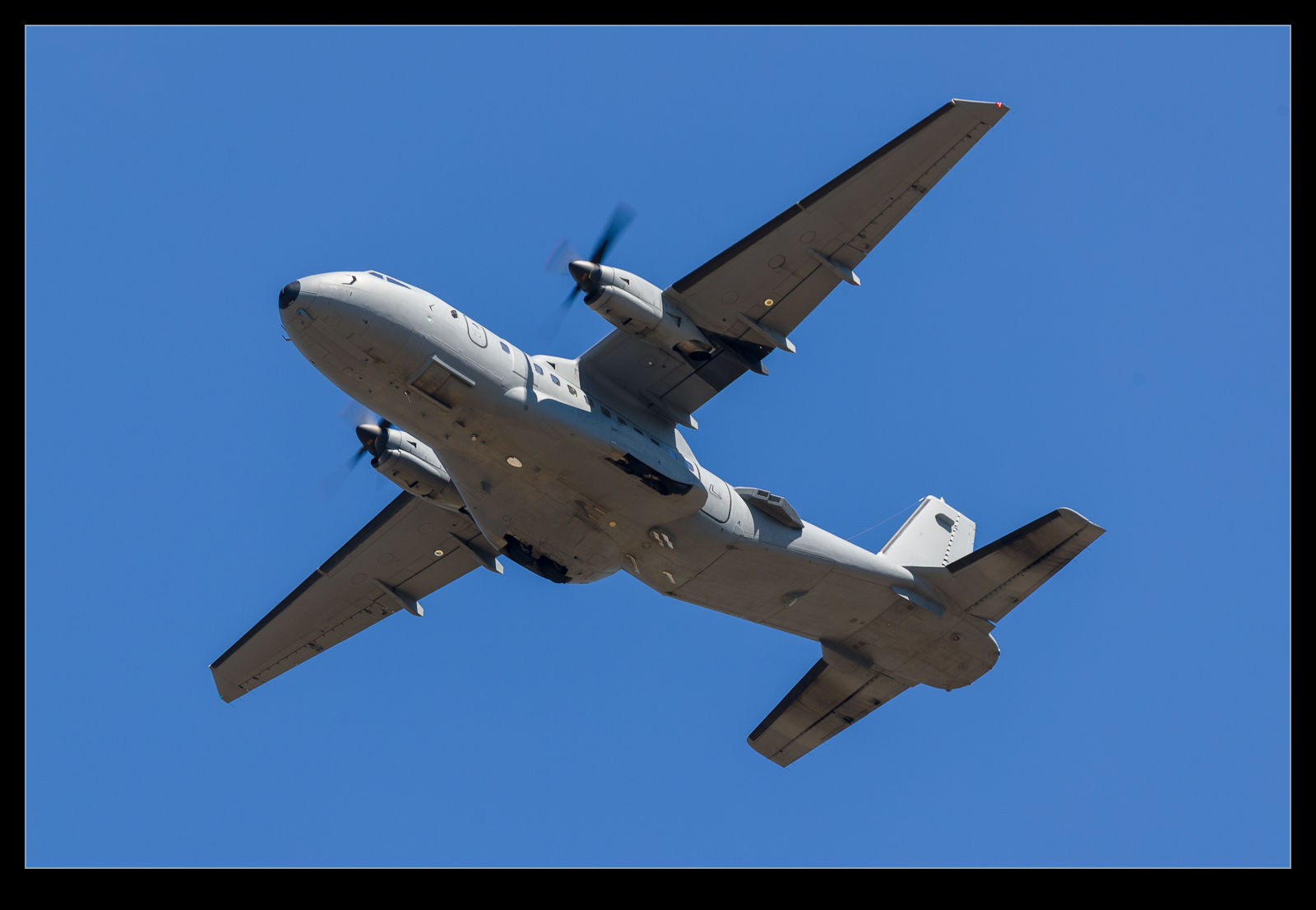 The subject of this post ended up getting some coverage but, when I saw it, I didn’t know about the interest surrounding it.  I was at BFI awaiting the departure of another aircraft when a turboprop took off over me.  I had the camera to hand so grabbed some shots of what I realized was an Airbus CN235.  Painted in a dark gray scheme, it looked a little odd.  A closer look at the shots showed it had a few lumps and bumps suggestive of an array of antennae.  I figured it was just passing through en route to somewhere more interesting.

However, that wasn’t the case.  It had been spotted flying some patterns over the city.  I had seen some odd flight paths on Flightaware being flown by a plane called Spud21.  I loved the name!  it was flying orbits over the city but I couldn’t see anything else about it.  However, when I saw the plane crop up in the media, the article identified that it was the owner of the Spud21 callsign. 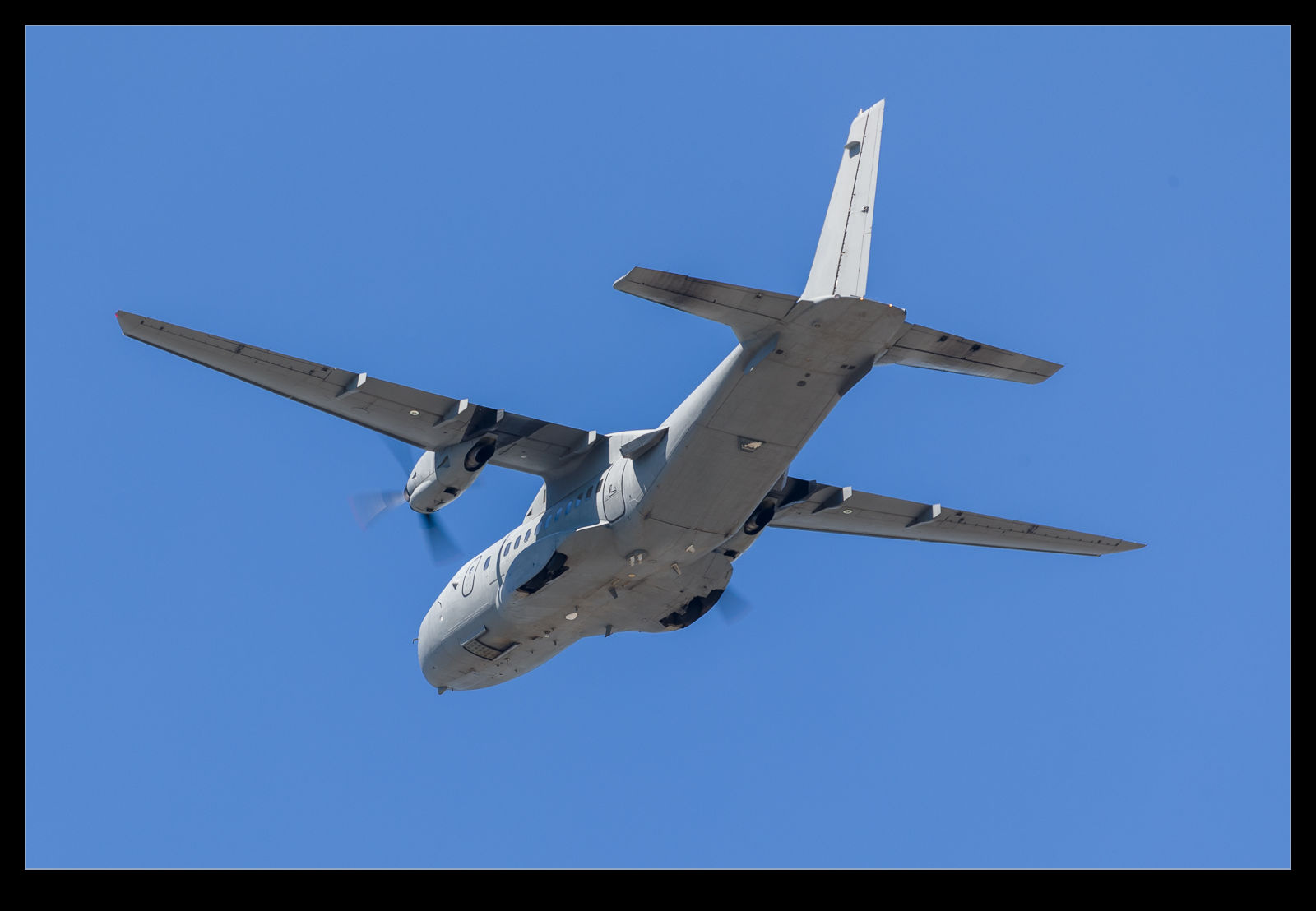 I don’t know what the purpose of the flights was.  It is suggested that the aircraft is owned by the US military but whether it is for their use or is in support of an overseas operator, whether these flights were for testing purposes or were checking out the residents I don’t know.  I do know that it was something a little out of the ordinary though.