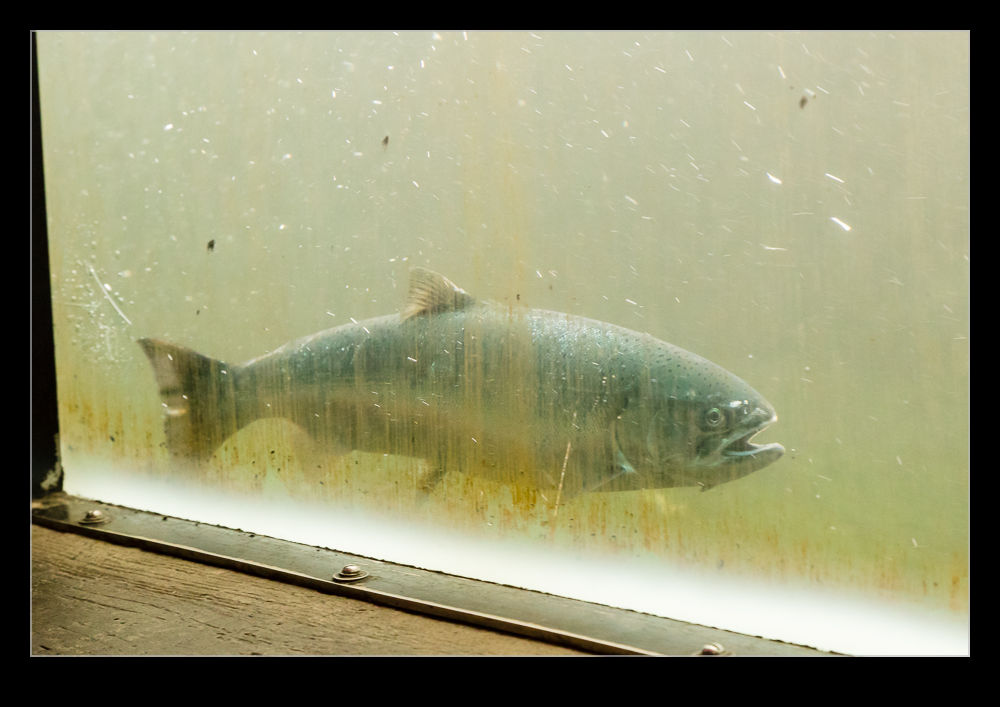 Hiram M Chittenden was not only the man in charge of creating the Ballard Locks, he also was ahead of his time in understanding some of the ecological impact of what he was doing.  The importance of the fish to the region and the disruption that the salmon would experience led him to the creation of a fish ladder.  There is still one there now although it appears to be of slightly more modern construction. 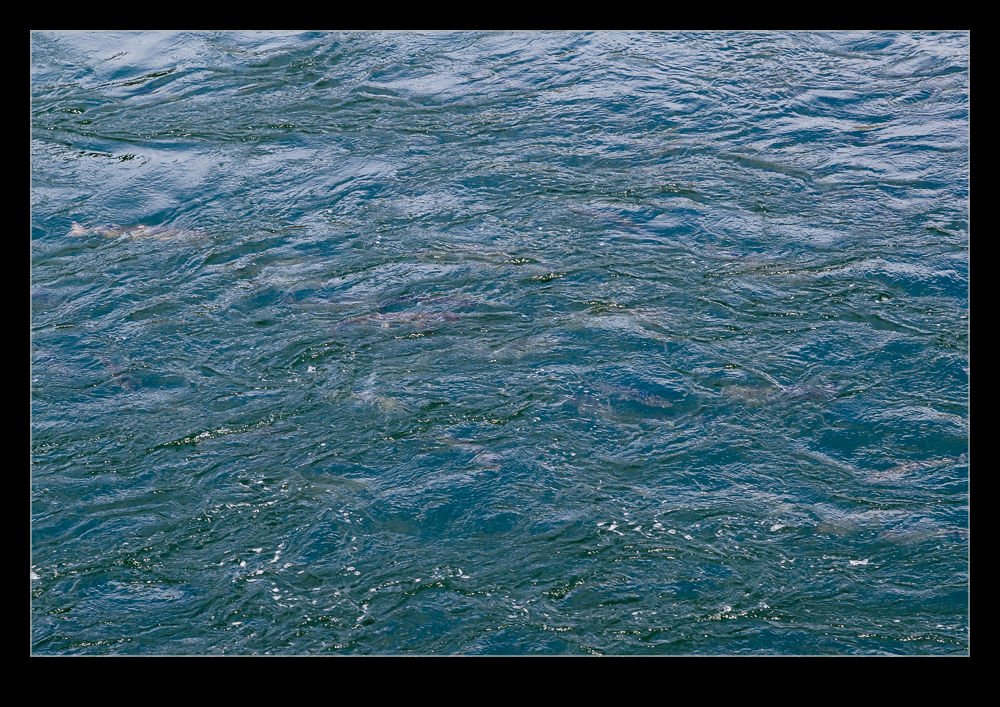 There are ramps alongside parts of the ladder so you can look down and see the fish as they work their way up the steps.  You can also look down and see a lot of them swimming around in the approach to the ladder itself.  Meanwhile, there is a viewing gallery that has windows into the side of part of the ladder where you can watch the fish either resting in the quieter flows or forcing their way up to the next level.  There were signs telling us which types of fish there might be but I have to admit they all looked alike to me. 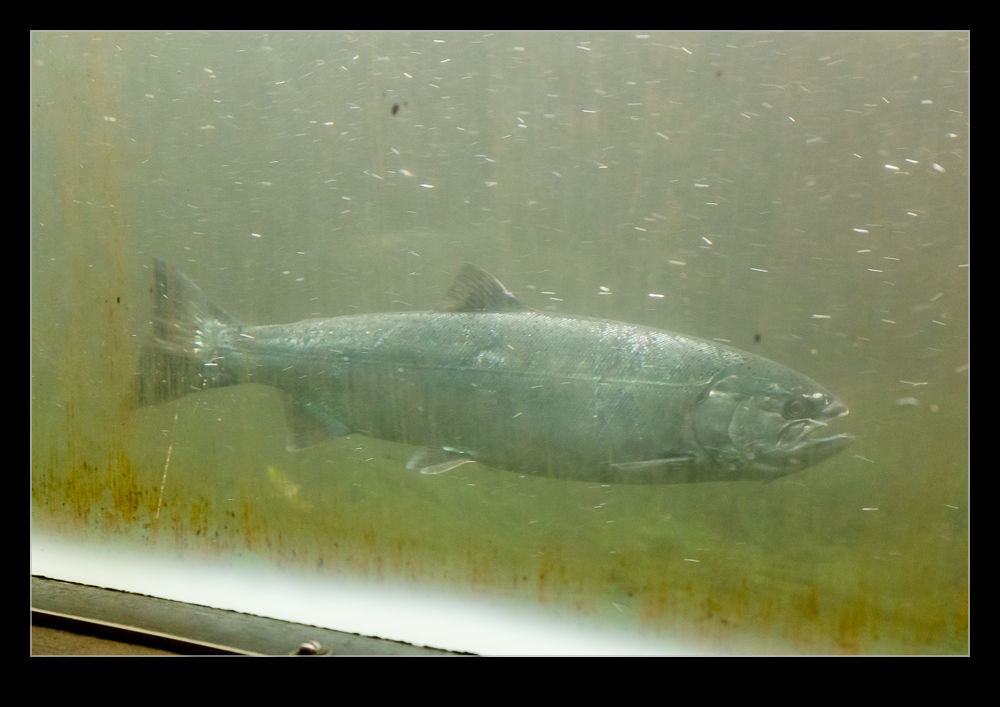