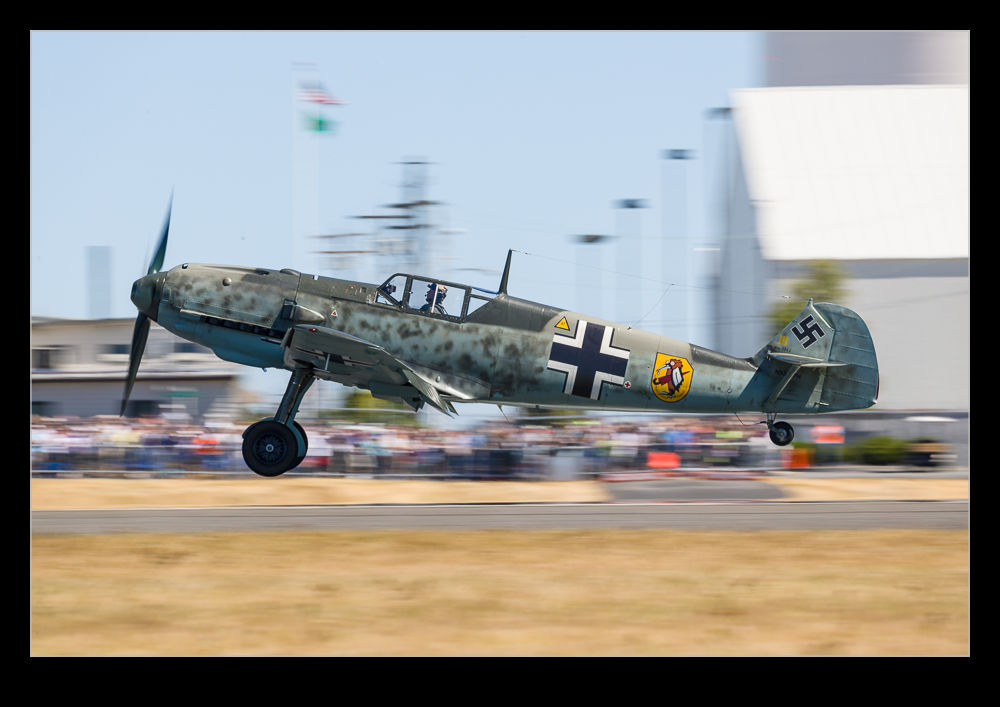 The Bf-109 was built in huge numbers but a very small number of them survive.  The Hispano Buchon was a 109 fitted with a Merlin engine and they served after the war and ultimately made their way into collections in bigger numbers but real 109s are a lot thinner on the ground.  They also look so much meaner in my mind courtesy of the thicker nose for the DB engine.  FHCAM has a 109 and it flew during the European Theater Day. 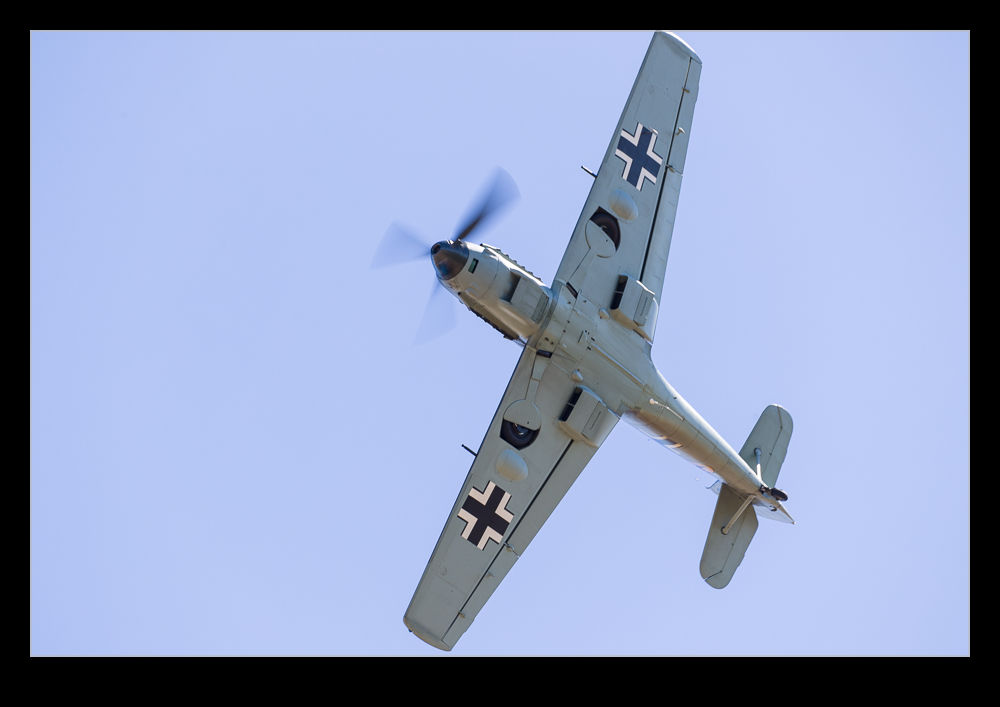 It went out for a run in the morning and I got a couple of quick shots of it then.  It flew again in the afternoon, this time paired with the Mosquito.  Sadly, there were limited times when they were alone and the Mosquito was a priority for me that day so the 109 did not get my focus.  I did get to shoot a few frames of it and, with a sunny day bringing out the camouflage nicely, I was quite pleased with the results.  Obviously there are better conditions to shoot it but I had very few 109 airborne shots before this day so I expanded the collection quite a bit. 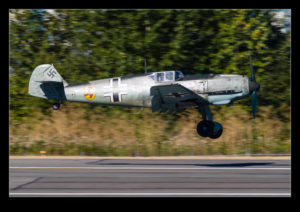 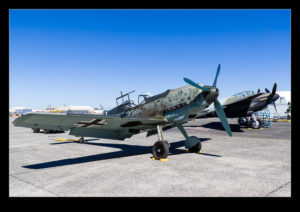 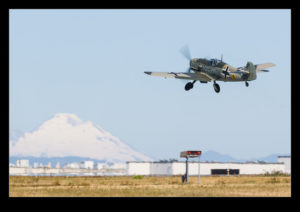 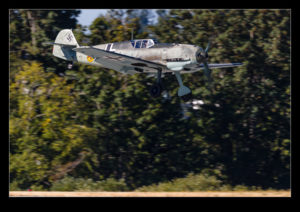