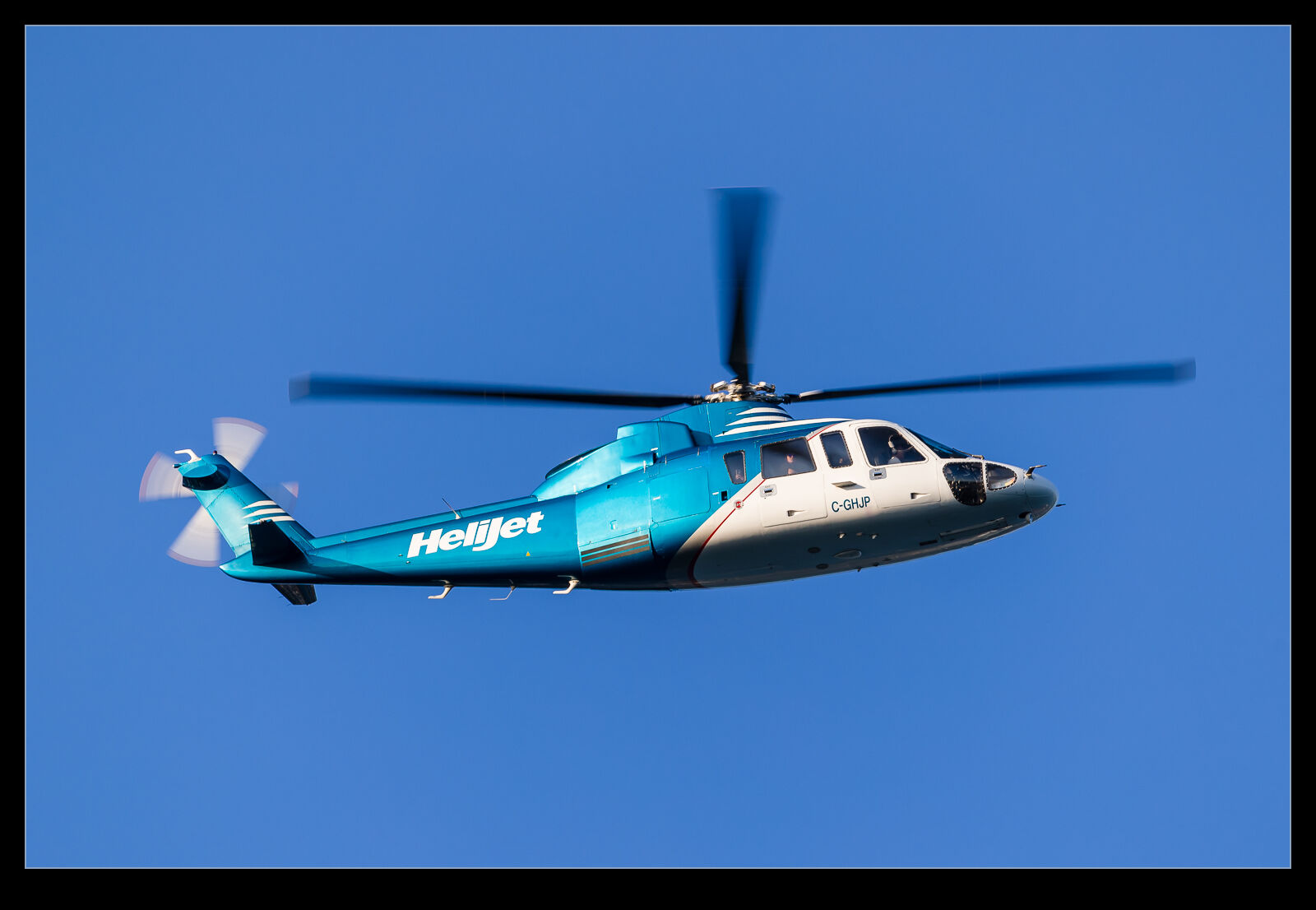 The Helinet S-76s are something I am always looking out for.  I have seen them many times although the shots have sometimes left me wanting something better.  While I was last in Stanley Park, I got to see a lot of their movements.  The best bit was that, on some occasions, they flew pretty close overhead me.  I was able to get some shots I was pretty happy with. 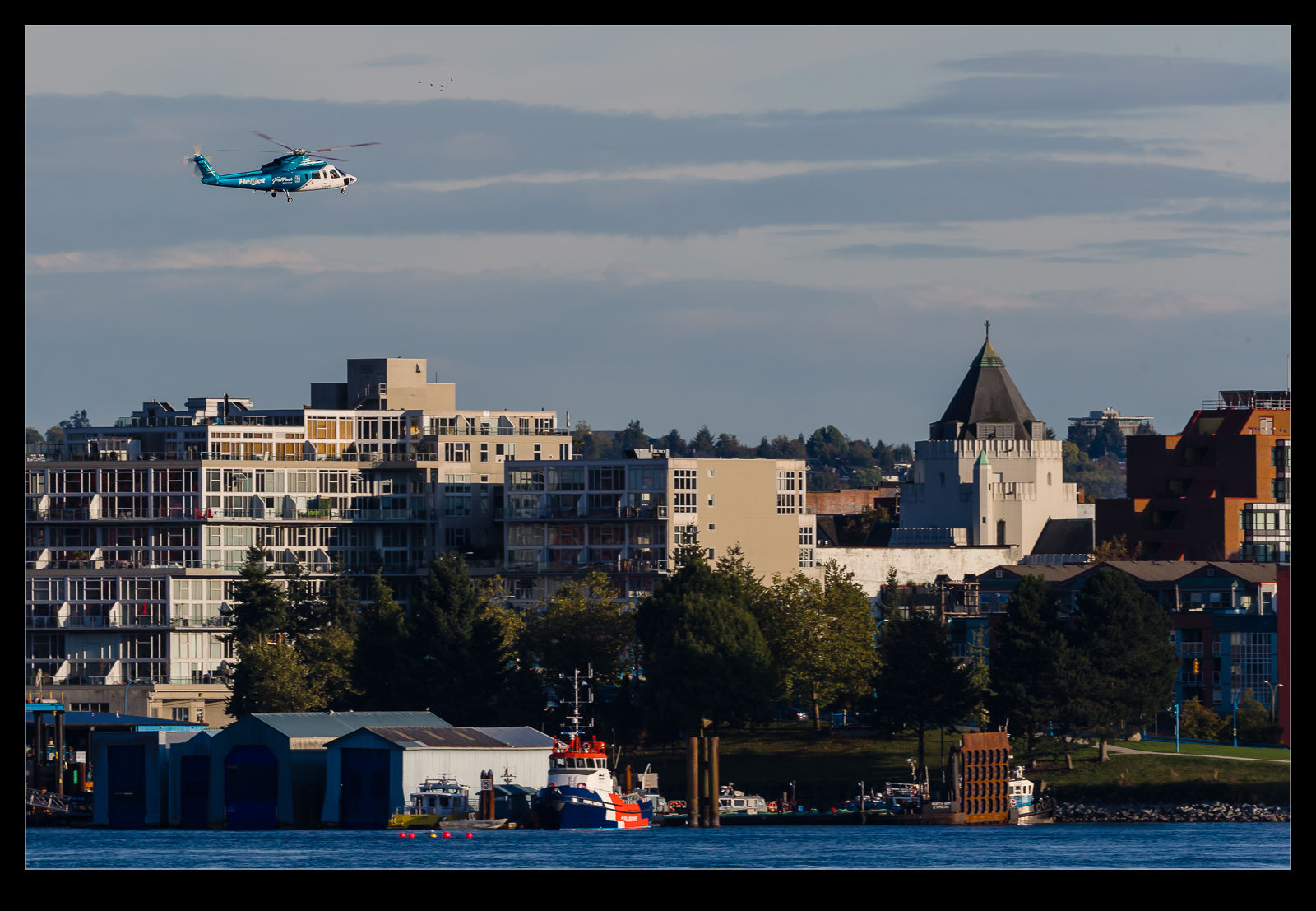 I could watch them descend to the heliport on the other side of the harbor but that was a long way off.  The climb outs sometimes came close but the arrivals were the best.  I was quite surprised by the gear lowering sequence with the mains seeming to pop out like they were on springs.  No slow and steady deployment for these guys. 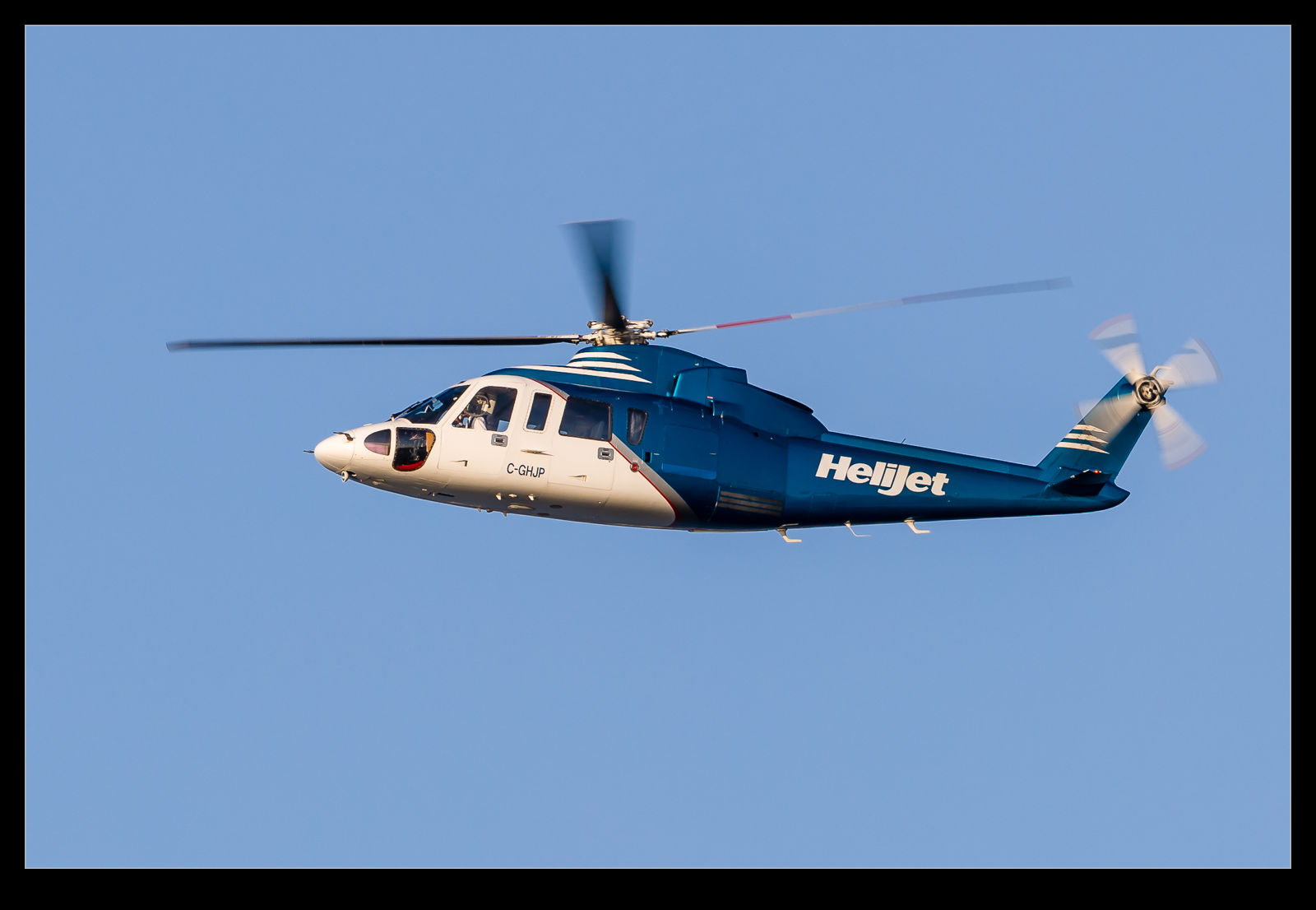 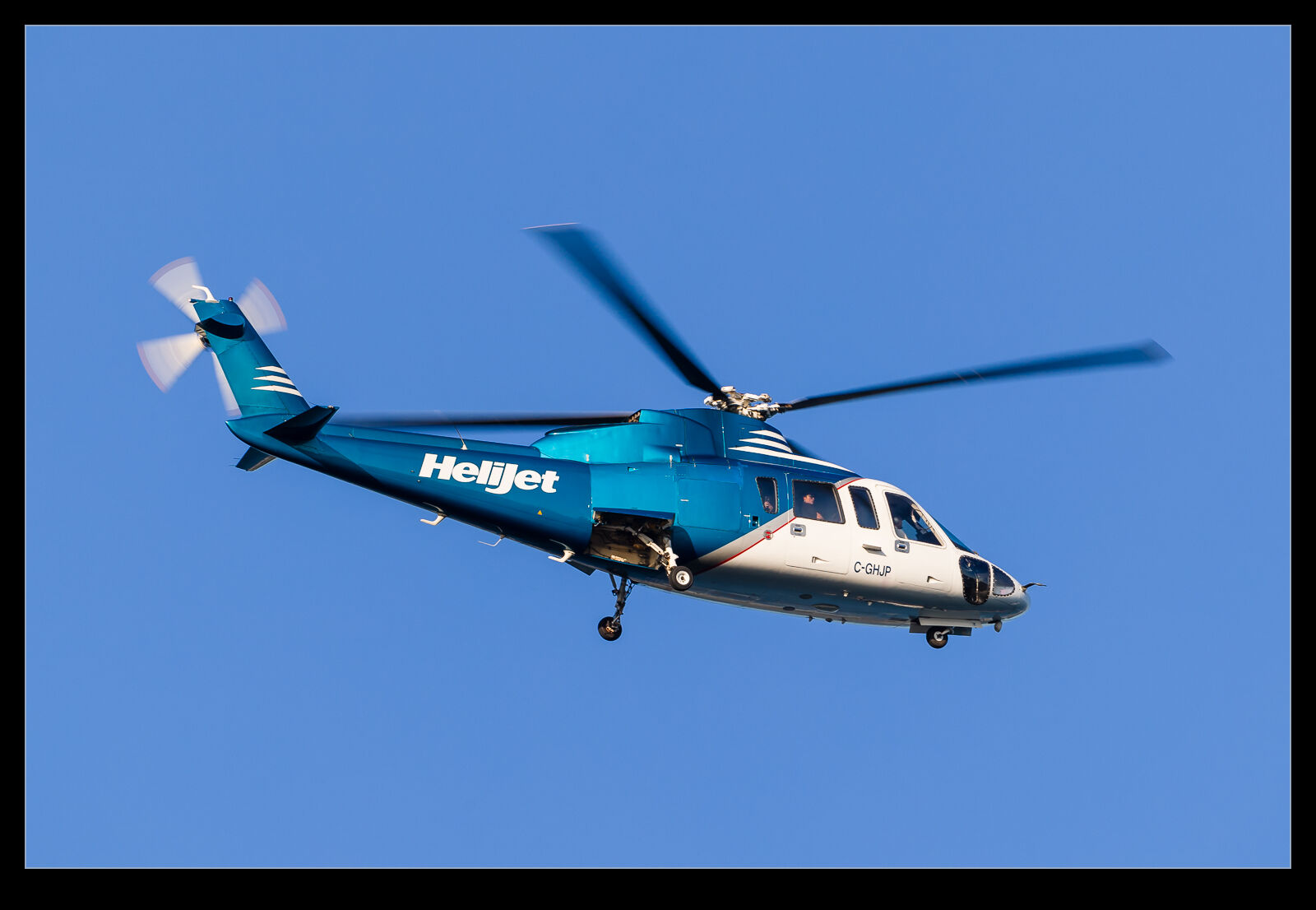 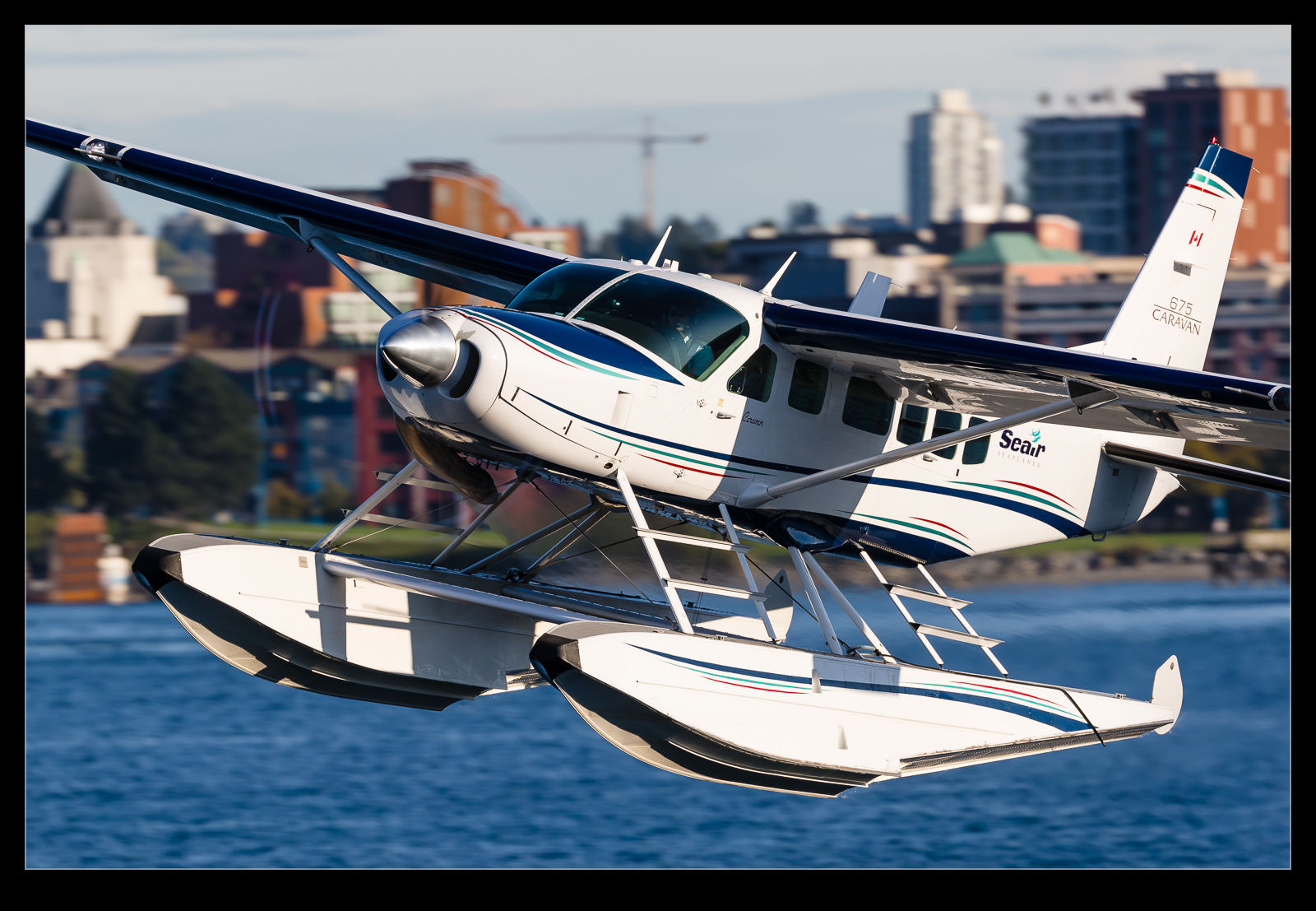 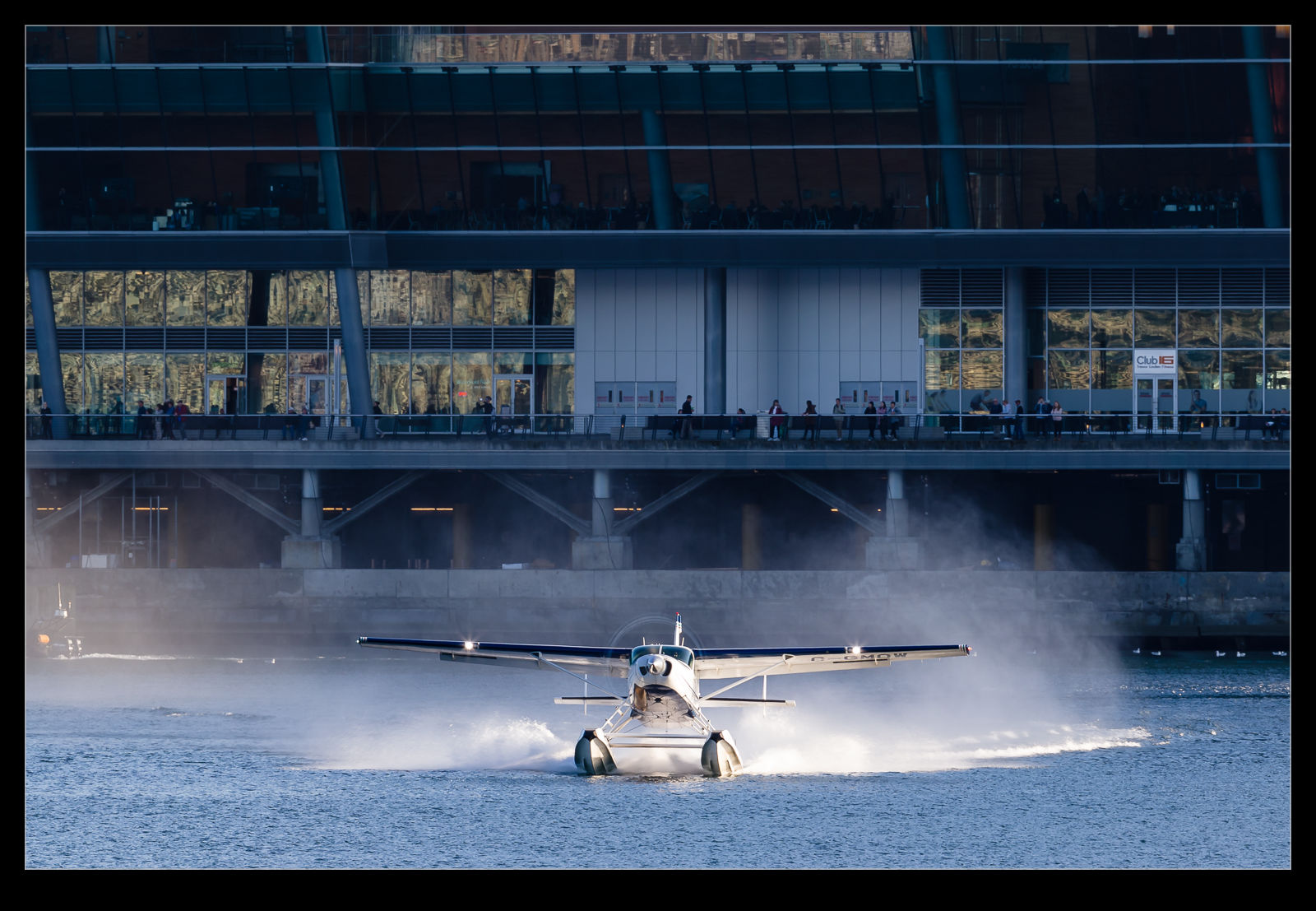 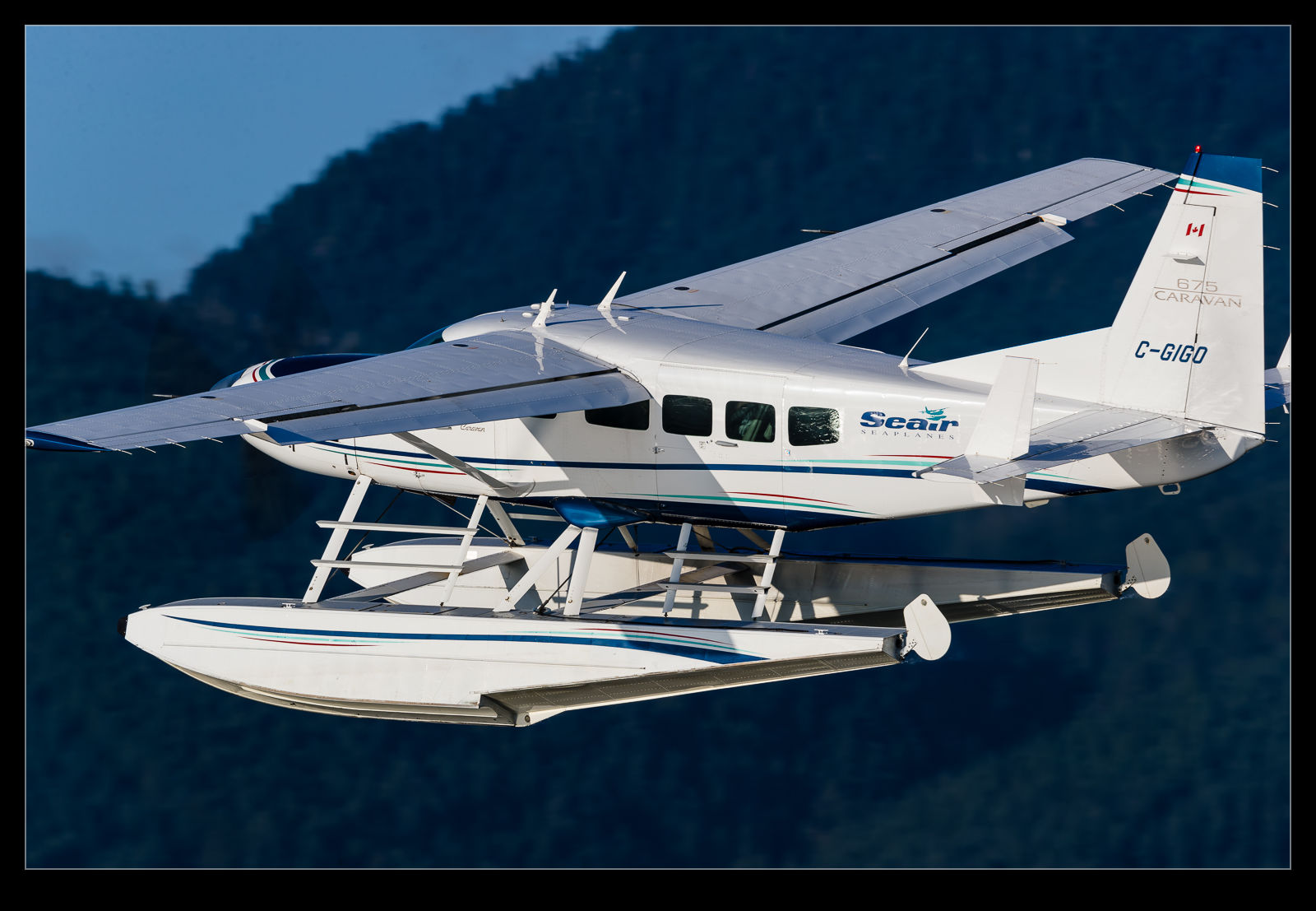 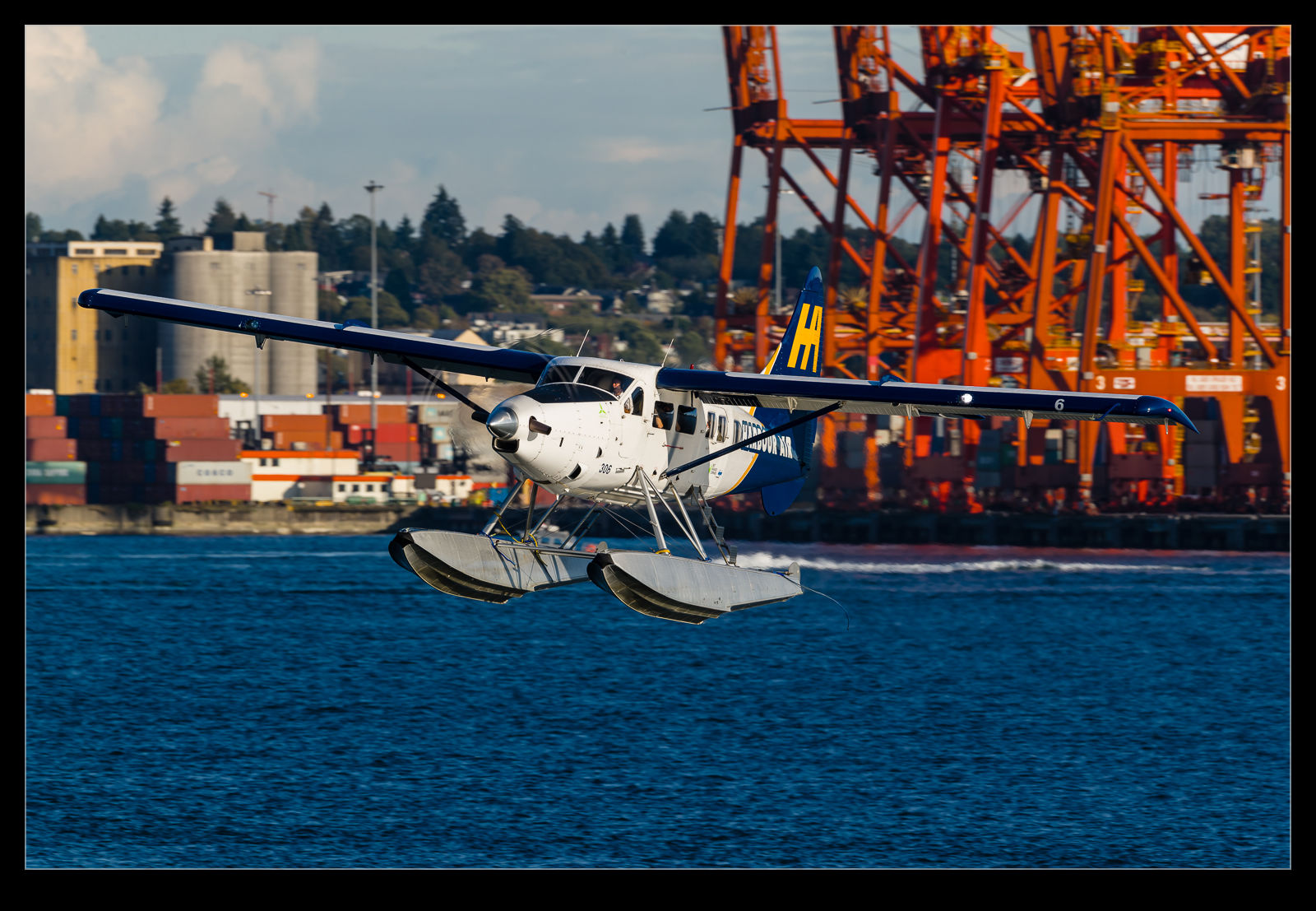 I had a work day up in Vancouver.  I finished up in the office at the end of the day just when rush hour traffic would be at its worst.  The sun was out and the temperature was still nice so I figured I might delay my drive home for an hour or so and head to Stanley Park.  It is a nice place to hang out, there is always plenty going on in the harbor and the floatplane departures might have factored in to my decision making. 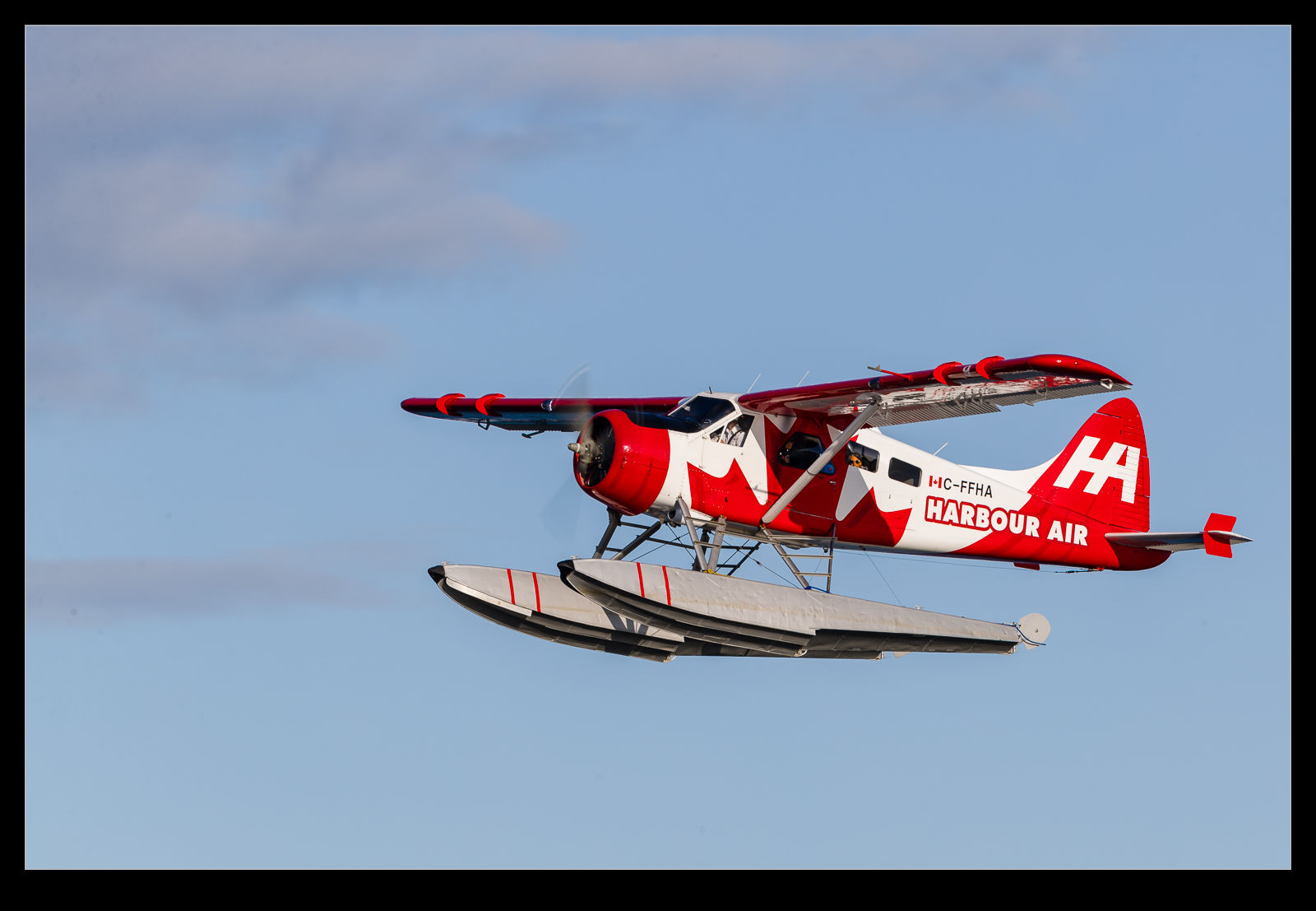 There is a bit of an evening rush of departures but, with the days getting shorter and floatplane operations being a very visual thing, I figured they wouldn’t be going out too late if they were to be back before dark.  I was actually pretty lucky as there was a wave of departures shortly after I got there and then, when I thought it had all wrapped up, another burst of flights headed out.  Meanwhile, there were arrivals coming overhead for landing.  It killed a bit of time and made for an easier drive home when I headed back south again. 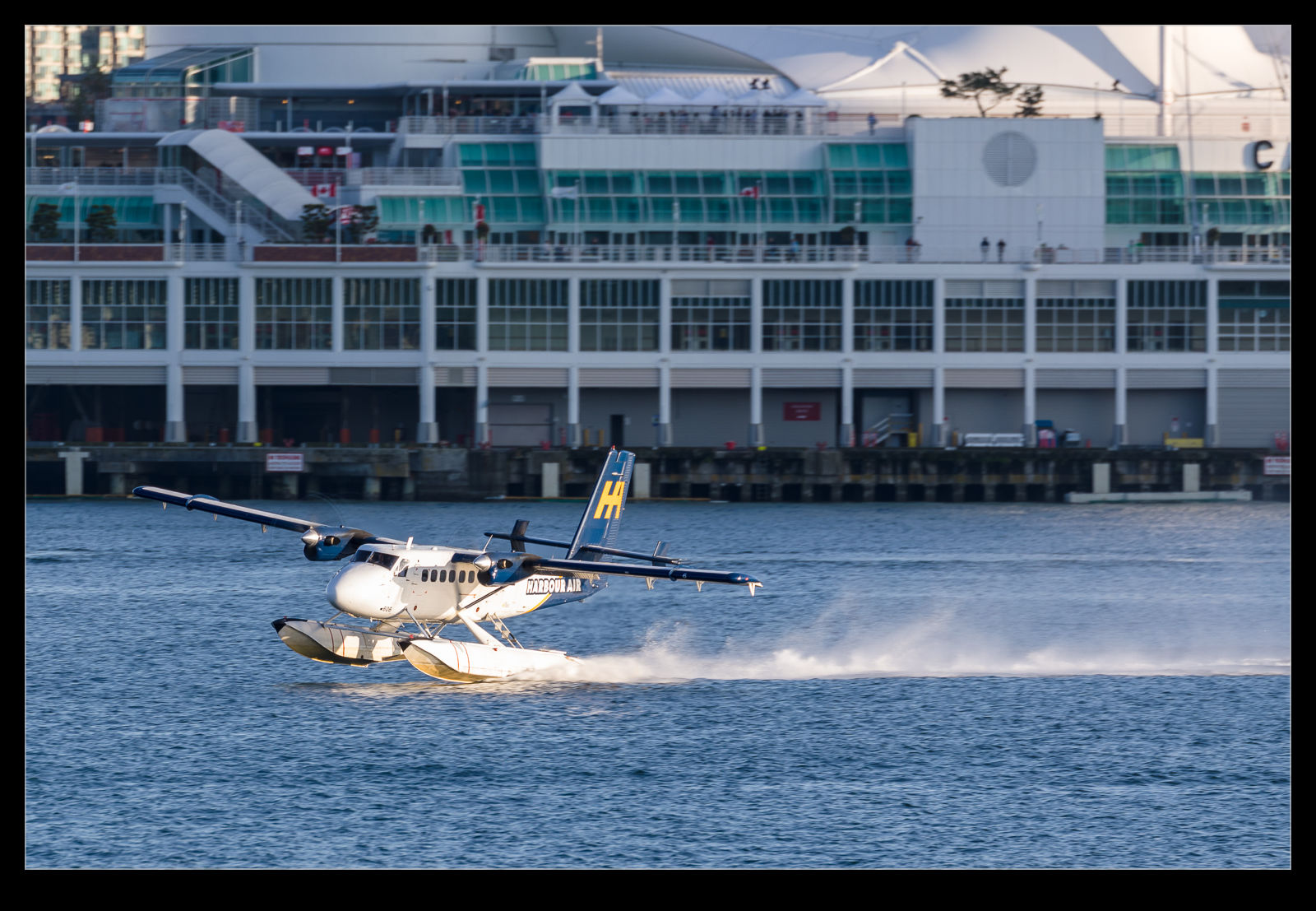 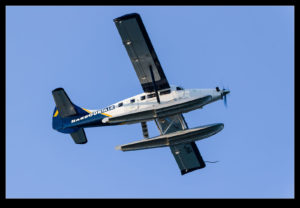 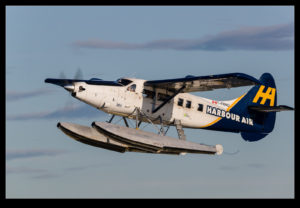