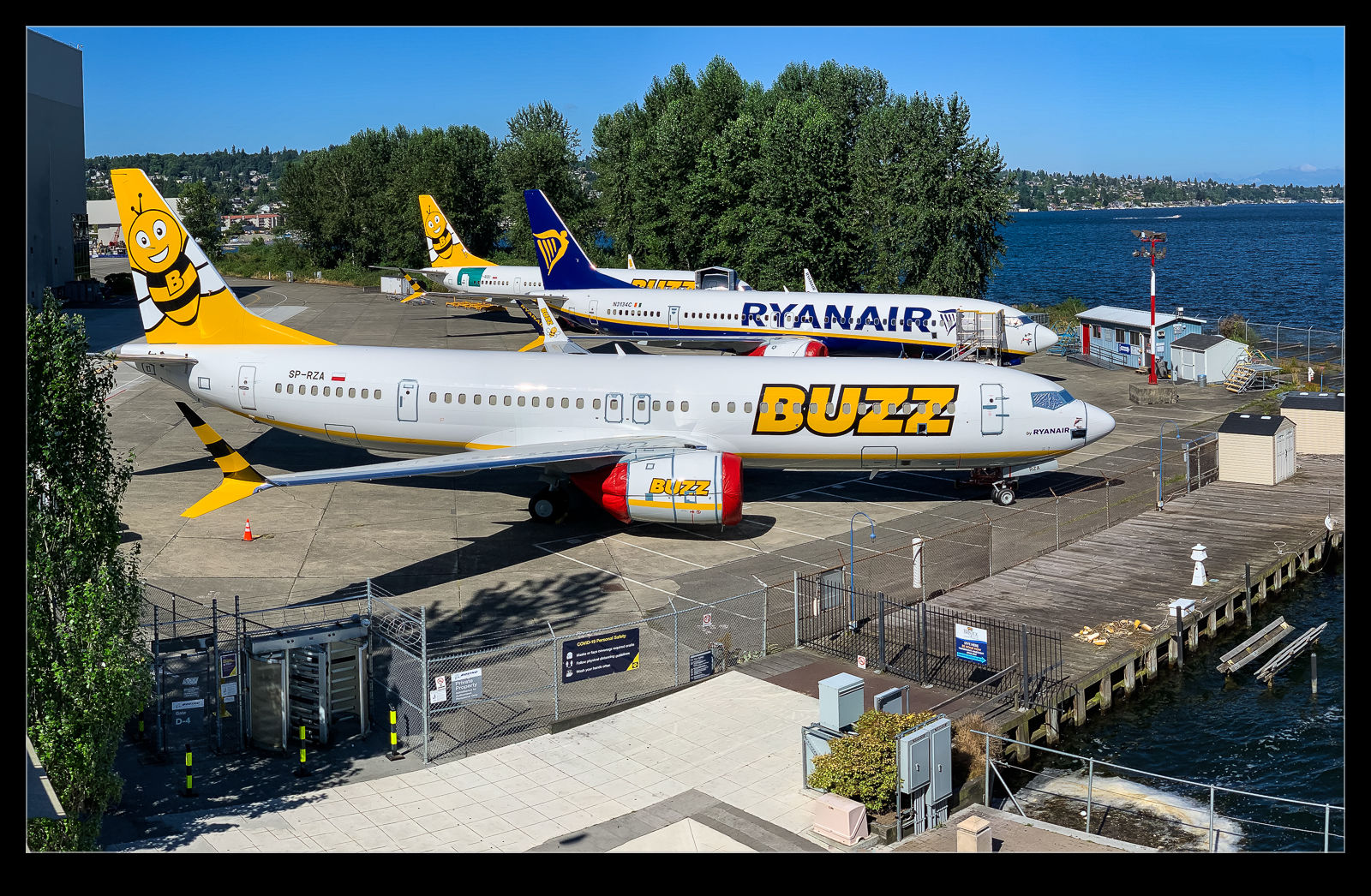 I had seen some photos of the lake side of the Boeing plant at Renton with 737s parked up there.  Looking on Google Maps made me think these shots were taken from the deck of the Hyatt hotel by the lake.  I drive down there one time to investigate but I was not planning on hanging around and didn’t feel like paying to park in one of the lots there so skipped it.  However, riding my bike down through there was a different story.  I detoured to the hotel and walked up to the deck area.  Turns out you get a good view of the back of the factory.  Not a lot of jets parked there but a few to see.  Ryanair and their affiliate Buzz in this case. 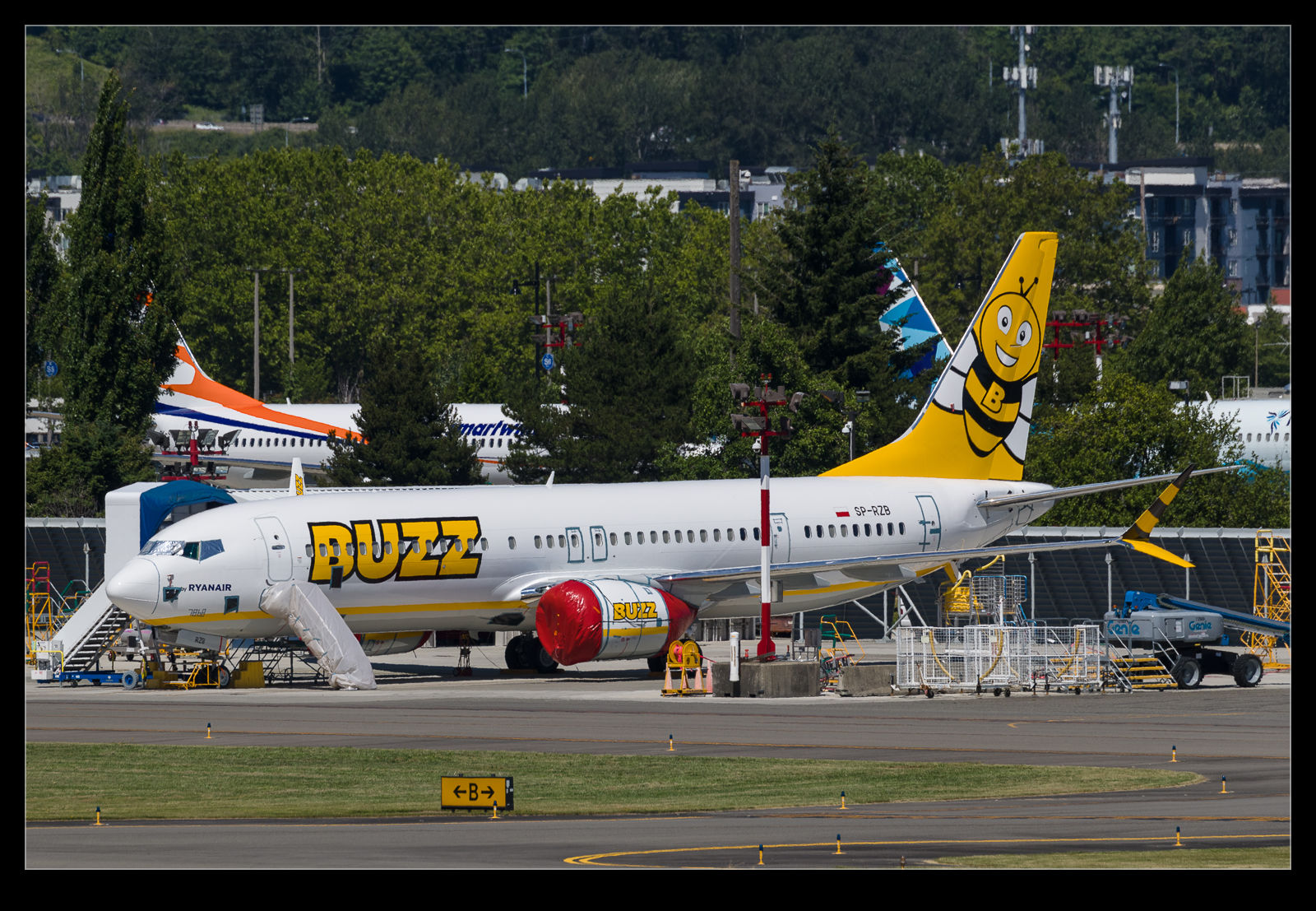 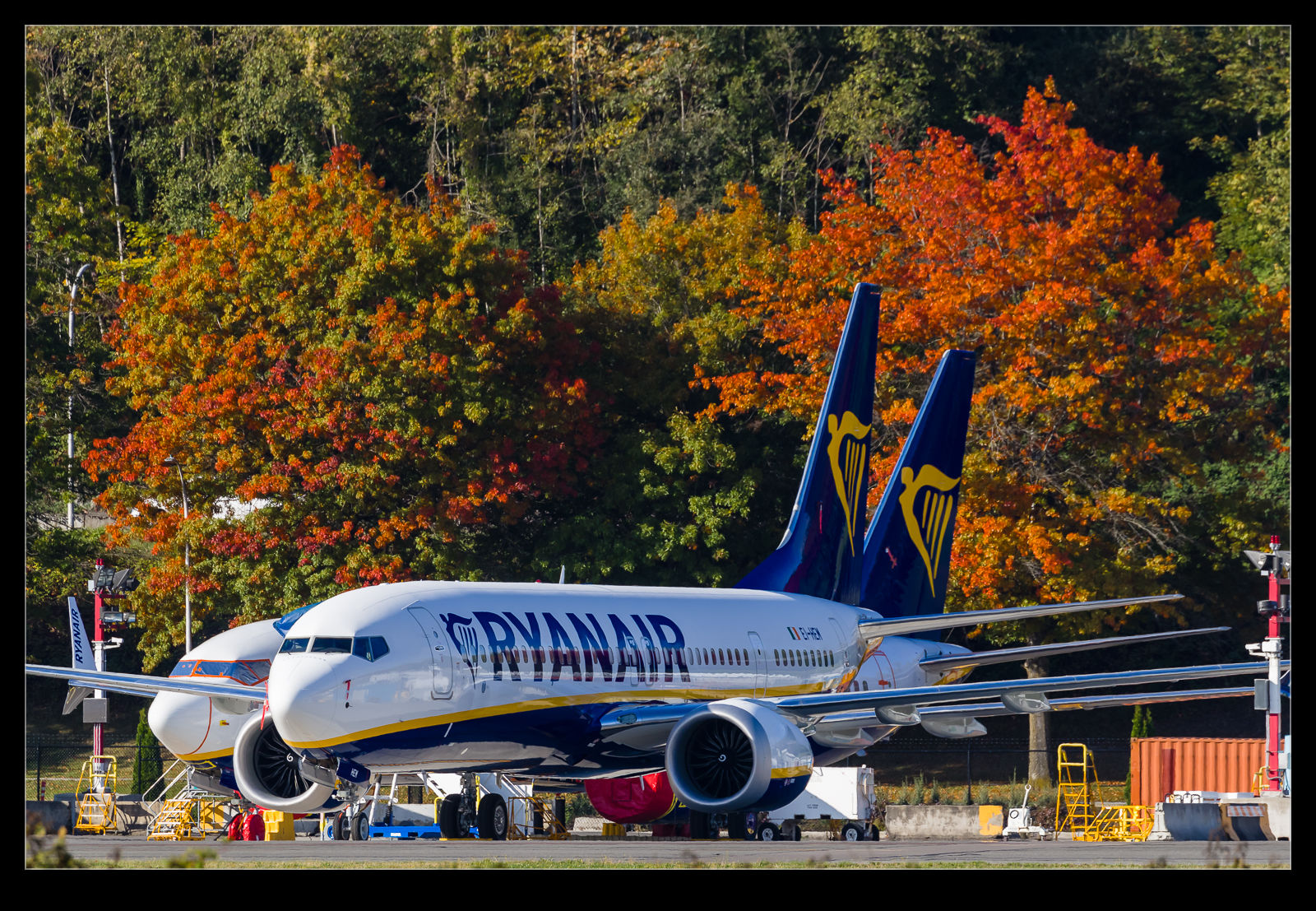 Ryanair is the launch customer for the Max 200 version of the 737-8 Max.  The Max 200 name is going away I believe since it is a high density version of the -8.  With the grounding of the Max fleet continuing, a number of the Ryanair jets are now parked awaiting deliveries to recommence.  I was walking through the park at Renton on a sunny weekend morning and the Ryanair jets were lined up across the airport from me.  Knowing Michael O’Leary’s enthusiasm for direct communication, I would love to know how his conversations with Boeing over compensation are going. 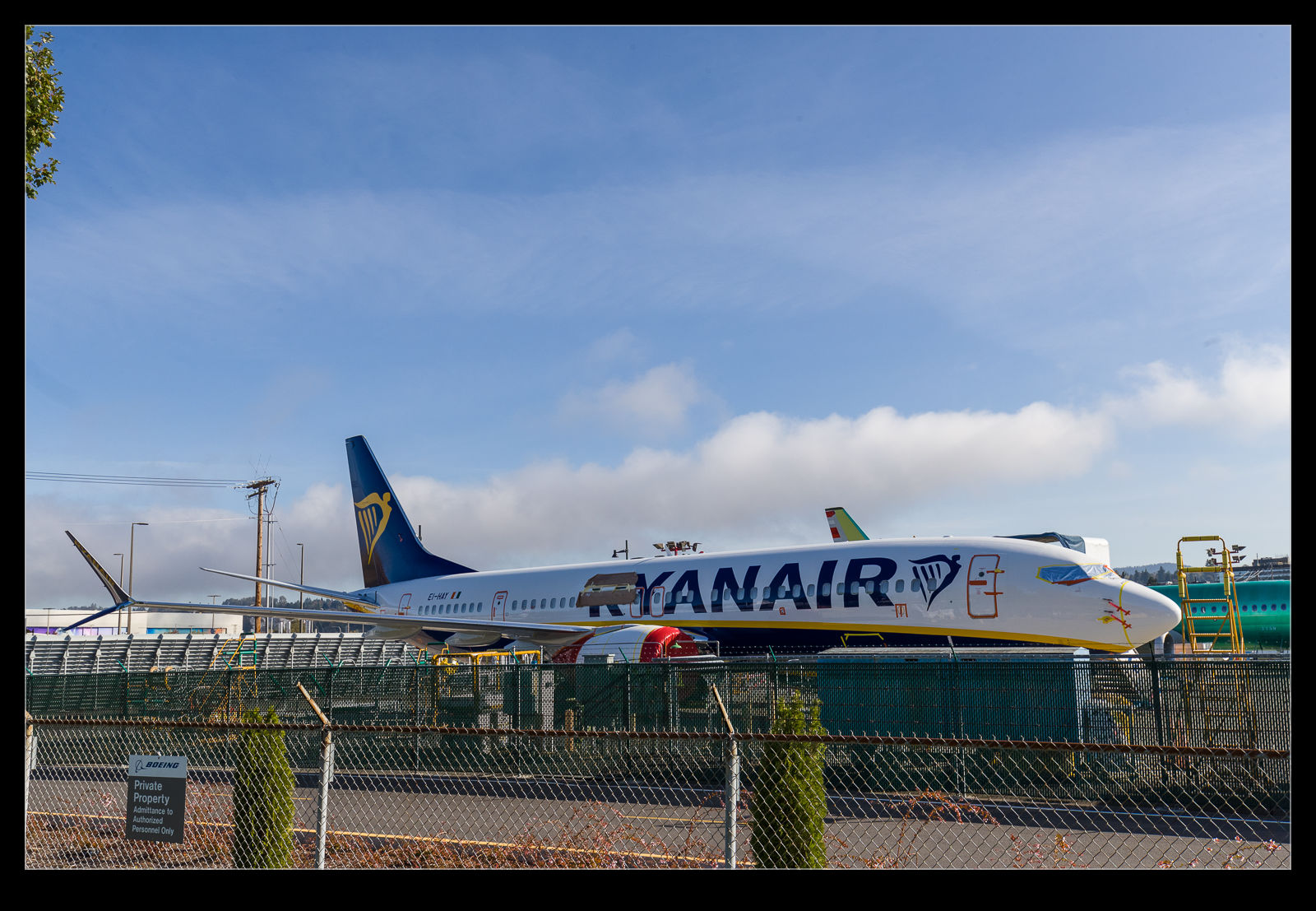 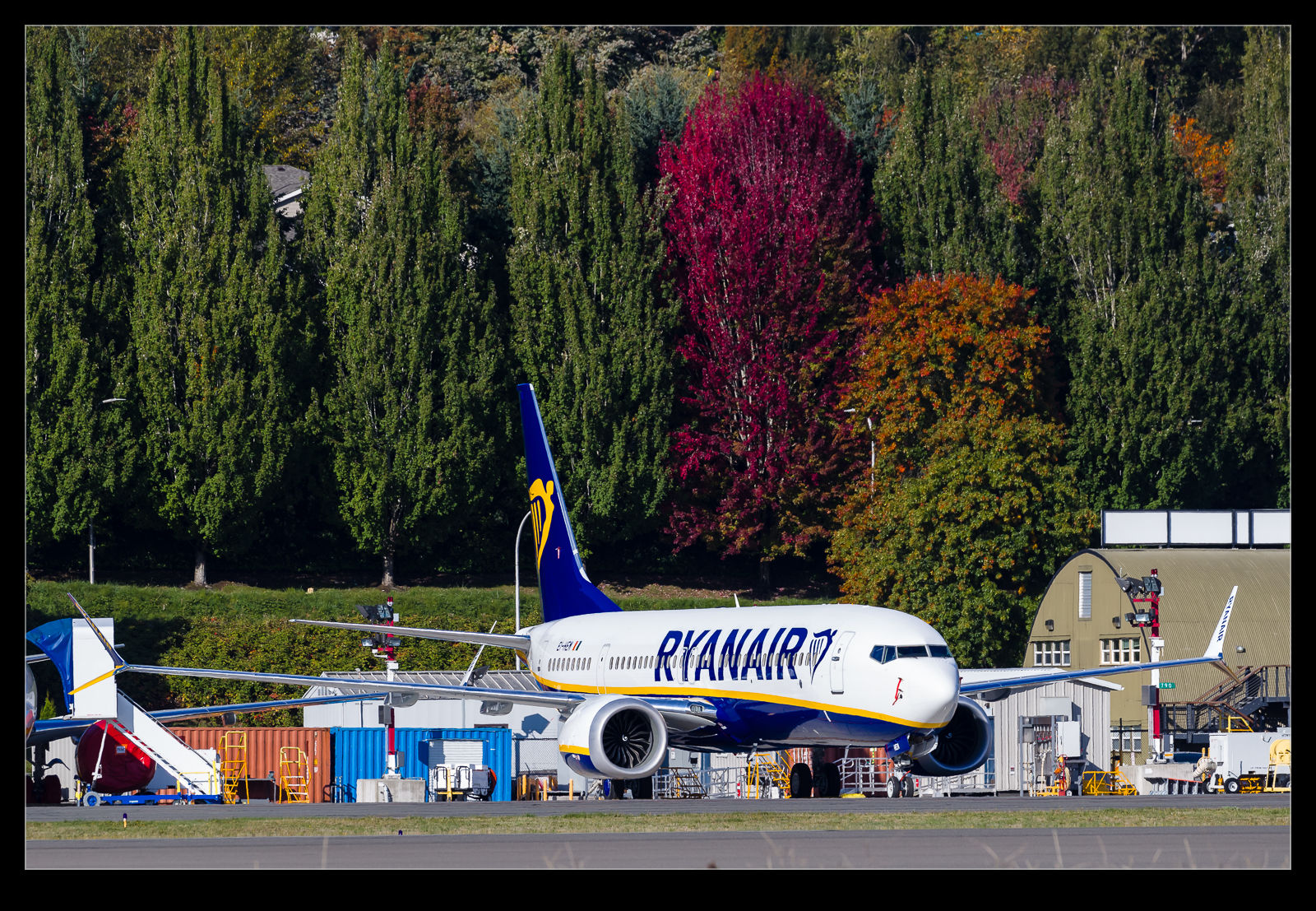