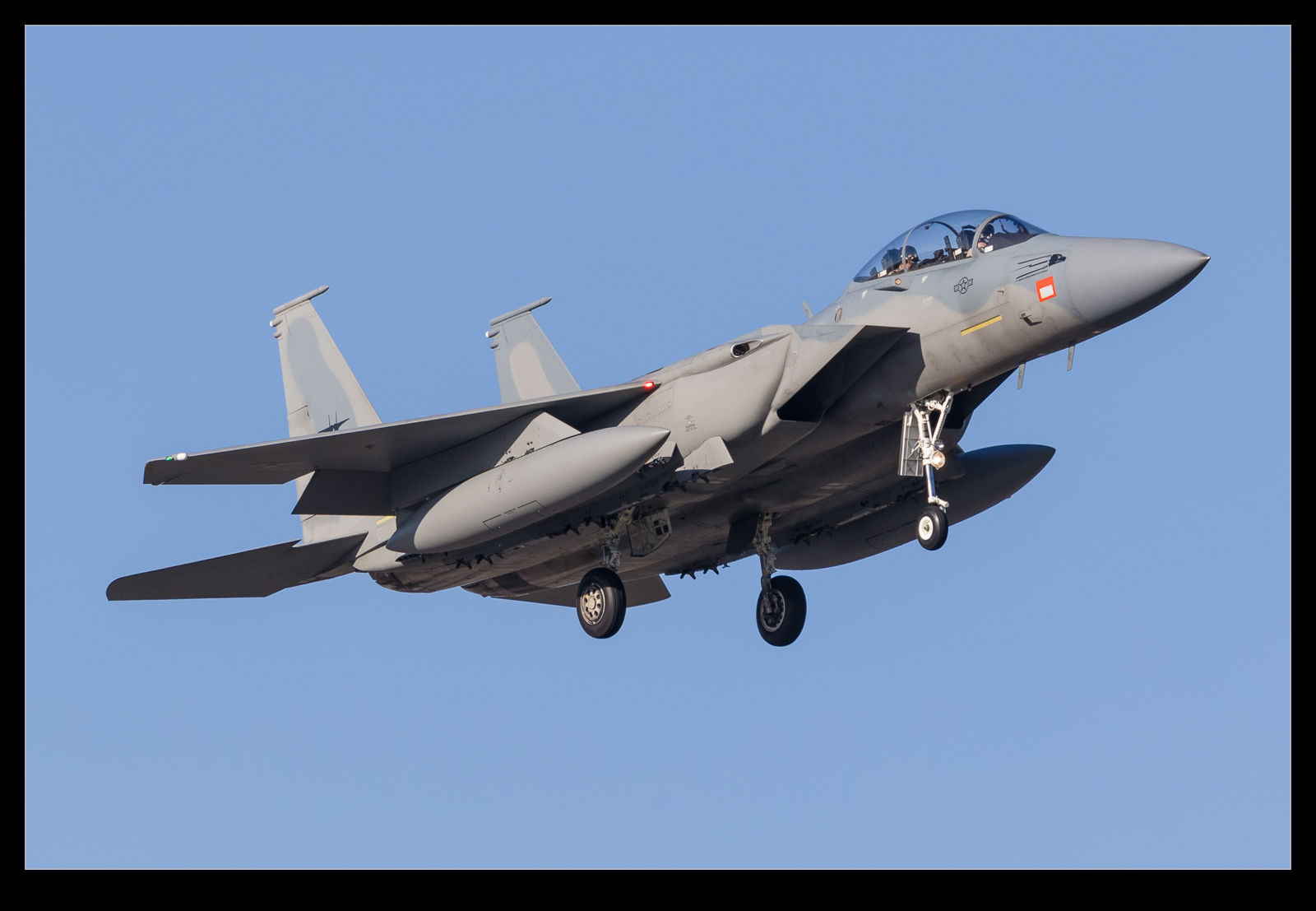 A Boeing F-15SA development airframe has been in the PNW.  The F-15SA is a development of the Strike Eagle family specifically for the Royal Saudi Air Force.  They are buying new jets as well as updating the F-15S jets they bought years ago.  Production jets have been delivered for a while now but testing activities continue.  I had heard that a jet was at Boeing Field for a while and had even seen the tails parked on the ramp as I drove by but I hadn’t seen it moving. 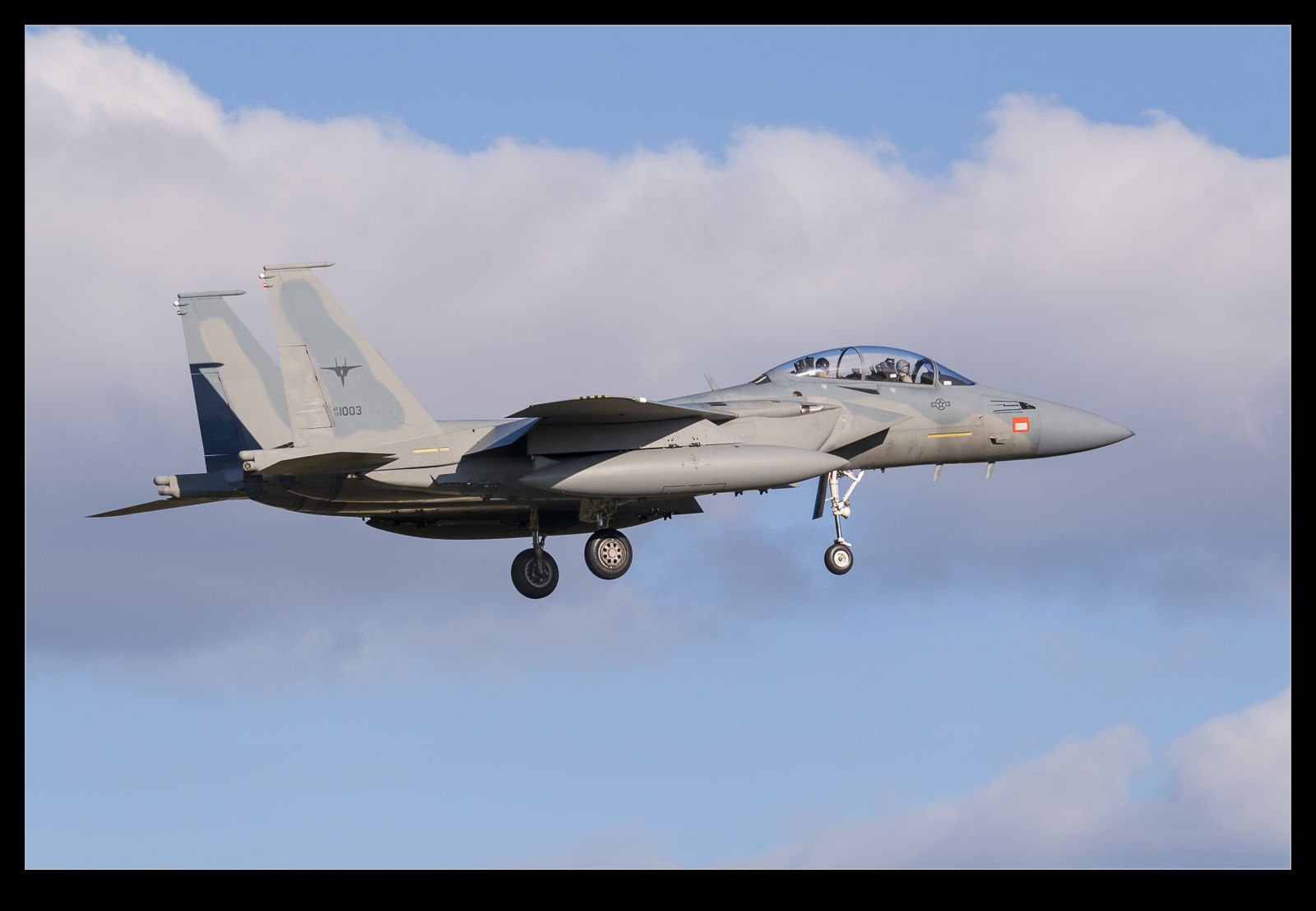 Military jets don’t usually show up on the mainstream flight tracking apps (but this one had when it traveled cross country) so I didn’t know it was airborne.  However, I heard it call up on approach so stopped what I was doing and grabbed the camera.  Sure enough, it came zipping down the approach.  A few quick shots and then it was down.  Apparently I was rather lucky.  A couple of days later it headed back across country. 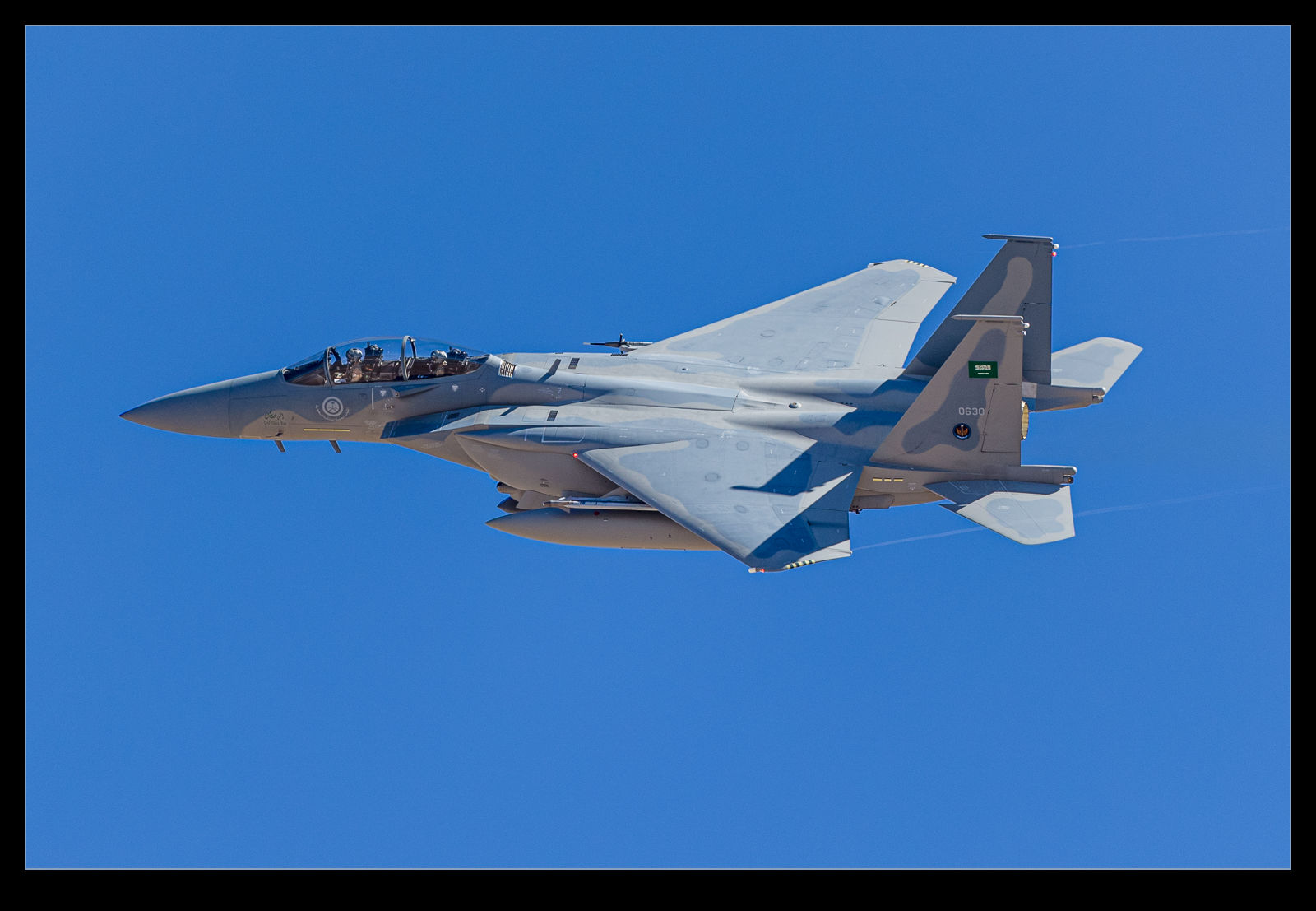 The Royal Saudi Air Force (RSAF) was attending Red Flag 19-2 with some brand new F-15SA jets.  These jets had come direct from delivery so had not yet even made it out of the US.  I guess they had that new fighter smell.  They did fly the first day we were there, despite the strong winds which was a pleasant surprise.  They flew along with the rest of the jets on our second day.  I have mentioned their slightly strange approach to flex departures before so I won’t go there any further but instead will share what I have of the jets from the two days I was there. 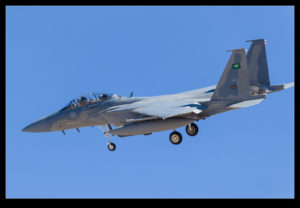 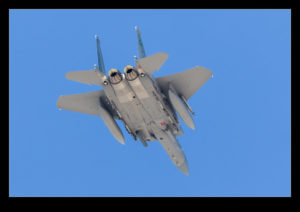 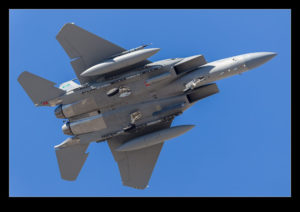 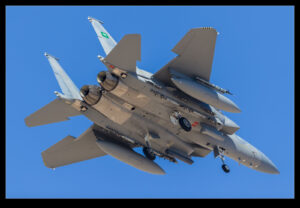 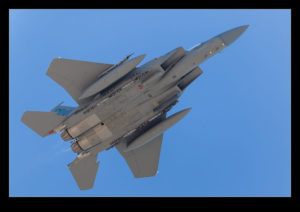 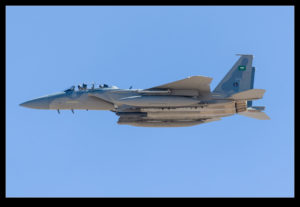 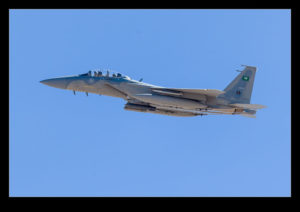