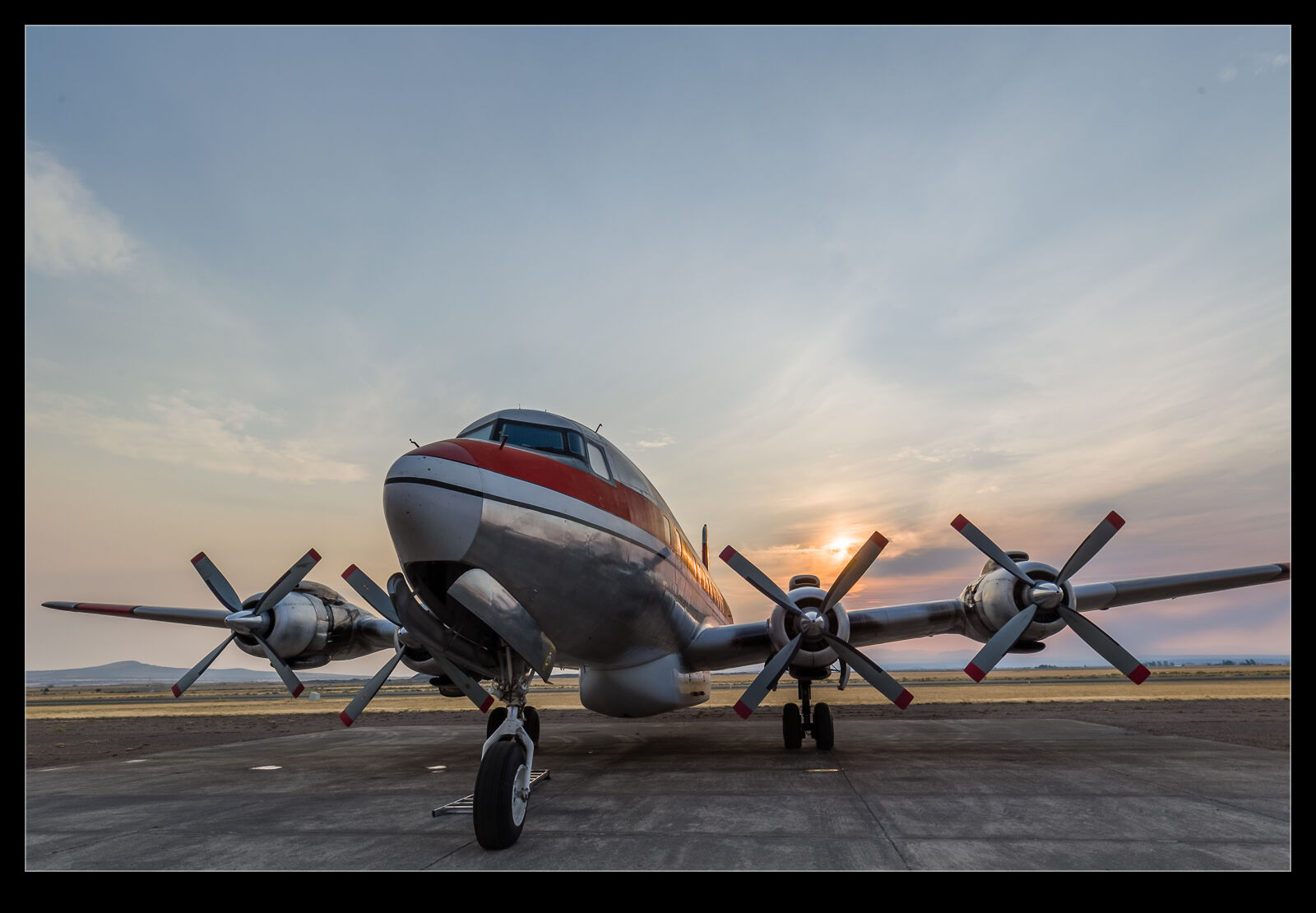 I previously posted an item about the DC-7 tanker that was parked up on the Erickson ramp. Over the course of the few days we were there, this aircraft had a few visits from me. It’s positioning was not always ideal for what I wanted. The evening light was often great for photos but, sadly, the aircraft was almost exactly tail on to the setting sun. However, that did provide some silhouette options as well as playing with HDR to see if I could come up with something I liked. 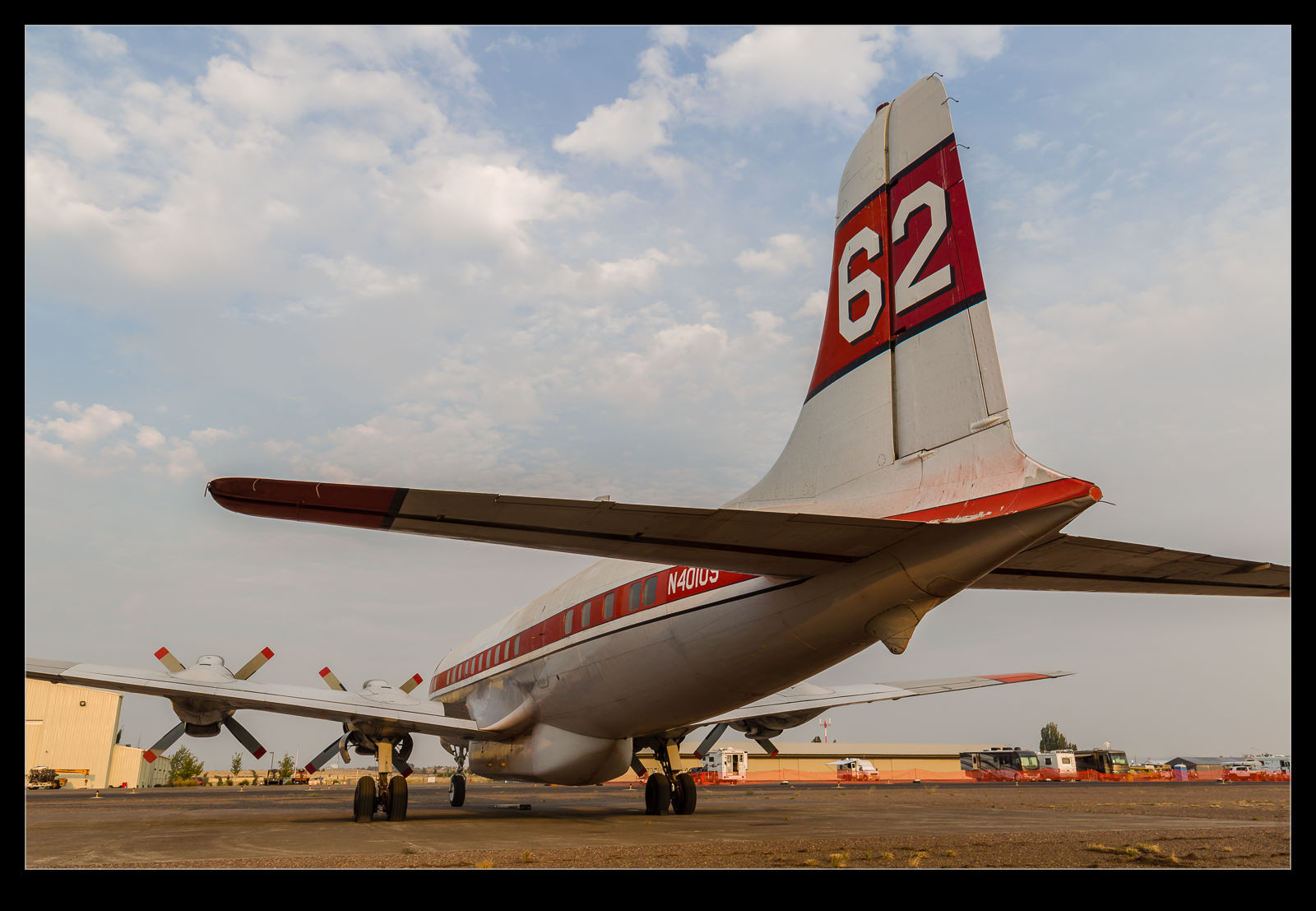 One morning the sun came up as there was still some rain in the area. There was some good light on the nose for a while but the best option was the rainbow that formed in the background and was well aligned with the aircraft. I tried a variety of things over the days and some of those results are here. Of course, it would have been far more fun to see it in action! 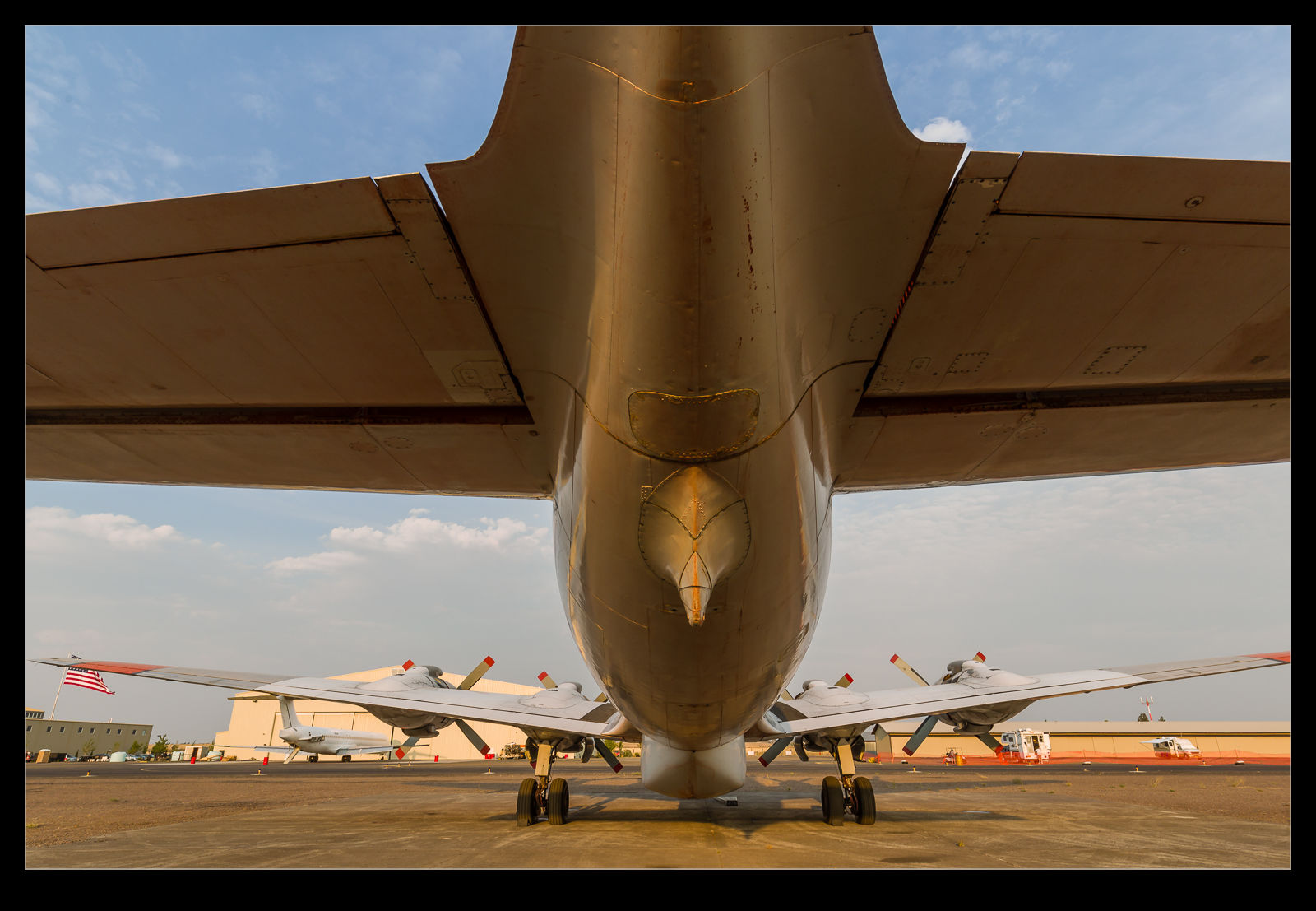 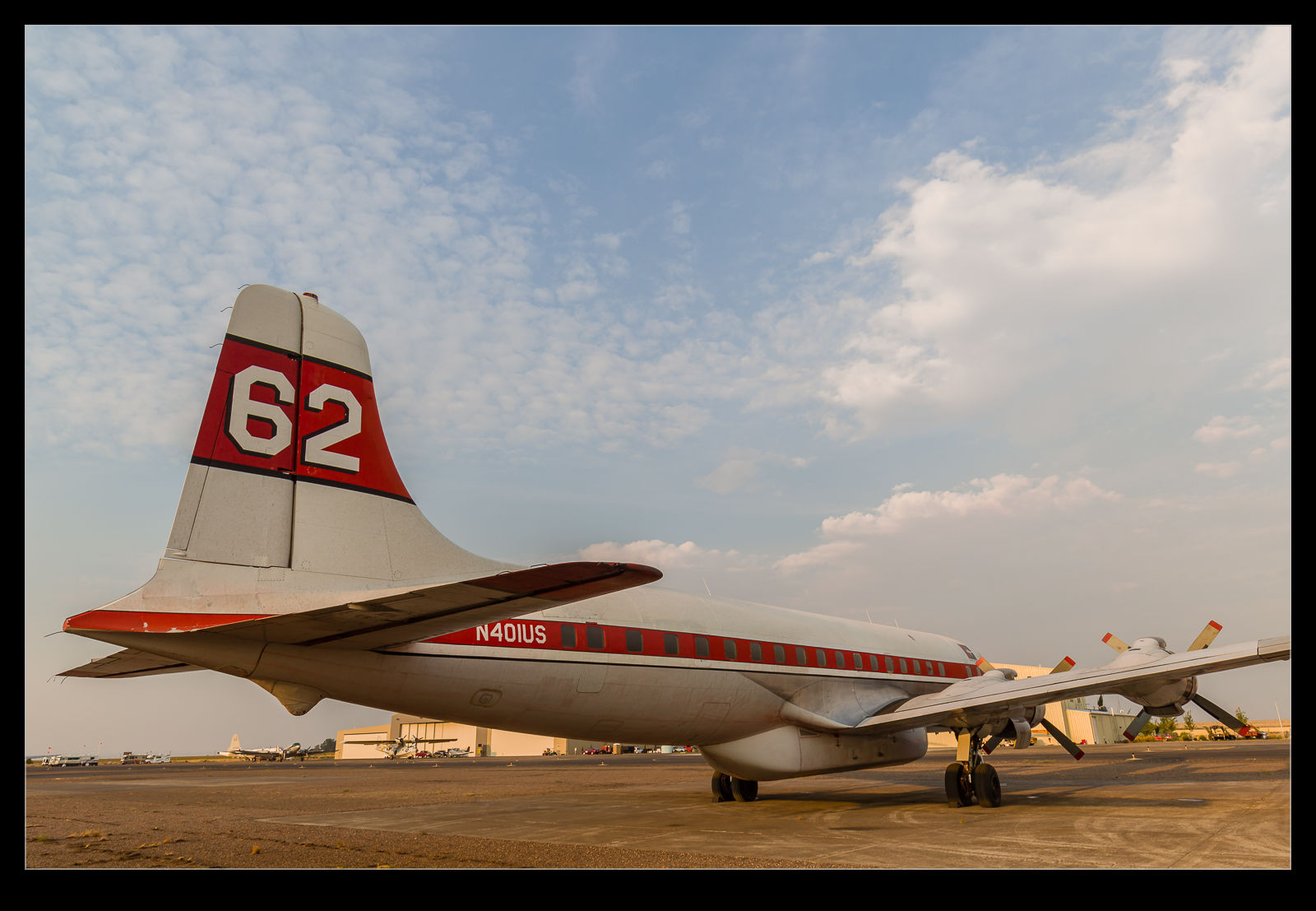 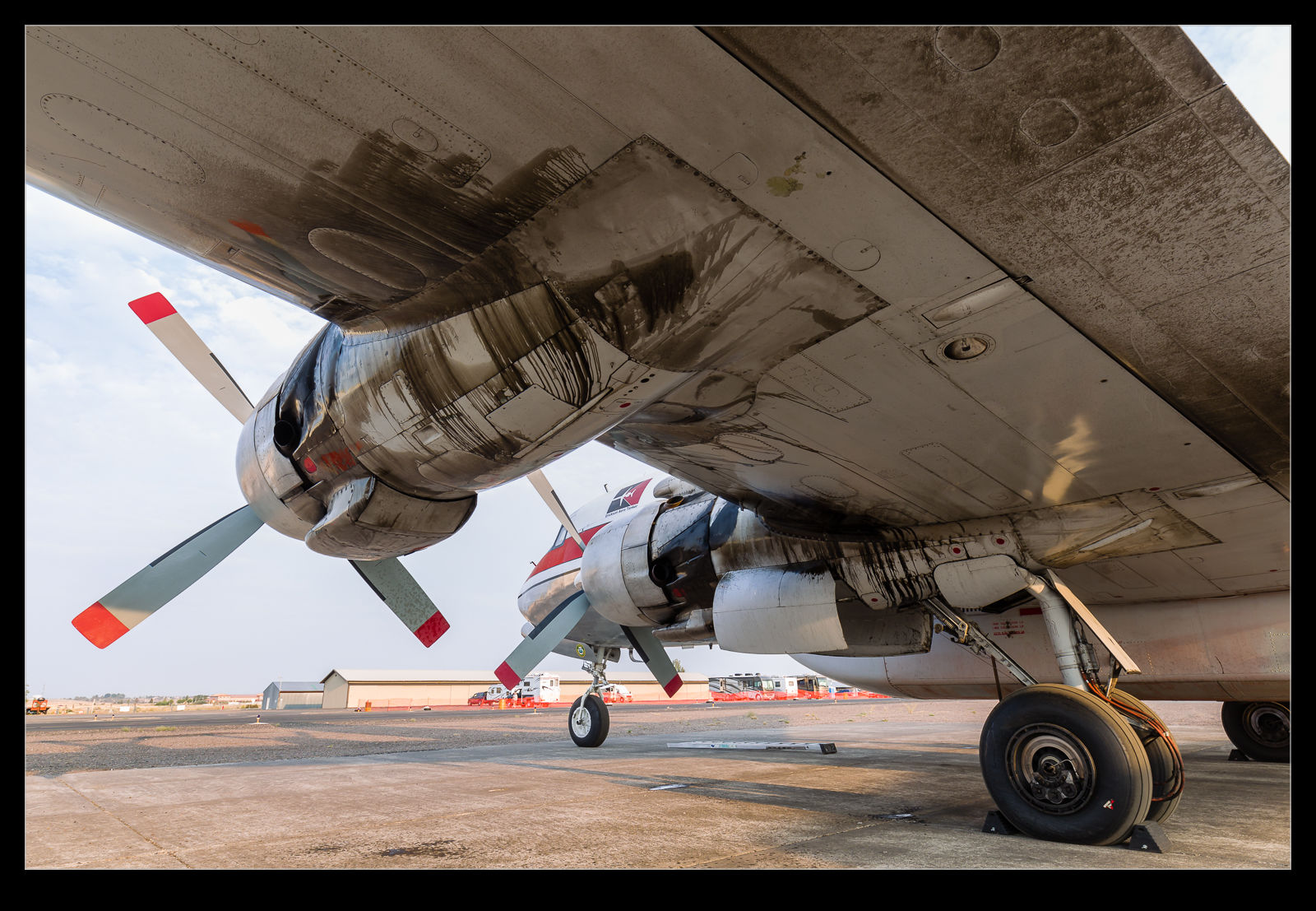 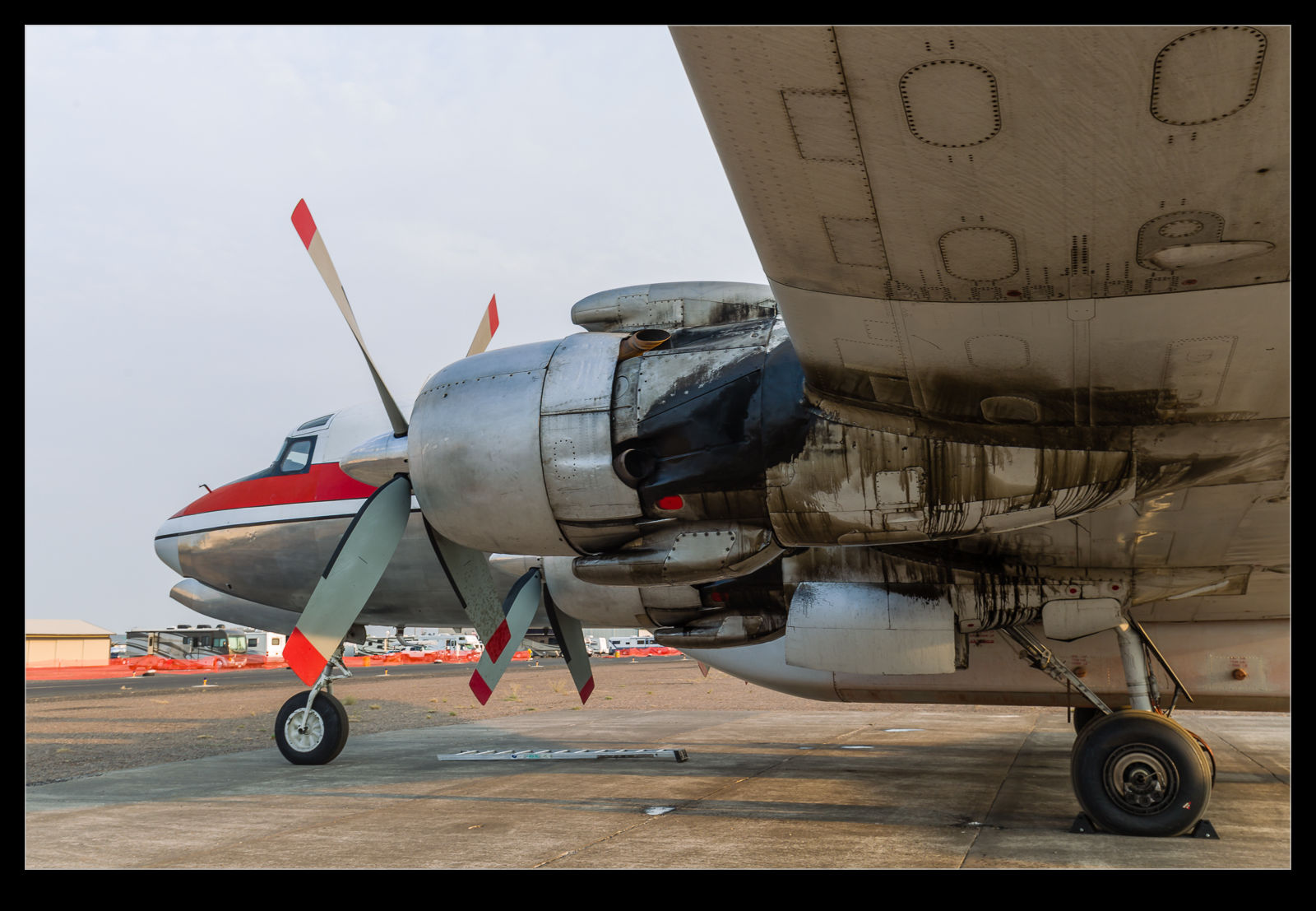 My trip to Madras involved flying in to Redmond airport, about half an hour south of Madras. Hayman and I came in on the same flight and shared a ride to Madras. As we drove out of the airport, something interesting caught my eye on the other side of the field so we did a little exporting before heading off. Redmond has a base for Airtanker operations in support of firefighting. The aircraft that I had first seen was a DC-7 that had been converted for tanker operations and was painted up in Erickson colors. It looked immaculate and the activity suggested it might be preparing to depart. With fires in the surrounding hills, there was plenty of work. 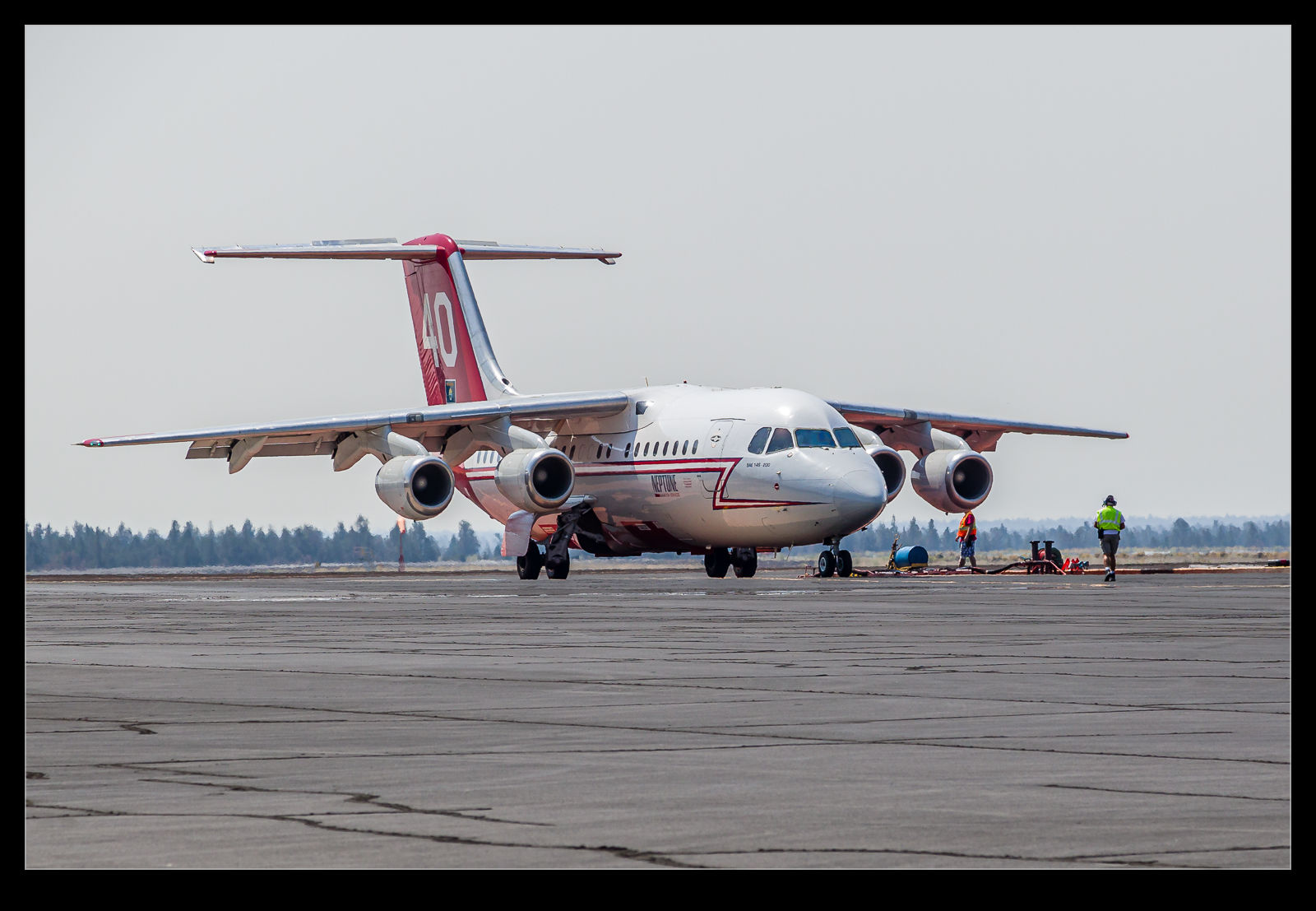 While we waited for it to start up, a BAe146 tanker conversion landed and taxied in to the base. It was the first time I had seen one in person. Sadly the fencing around the base was rather touch to shoot through. Hayman made good use of the gap under the gates but my camera shape did not allow that. I had to make do with shooting through the fence where possible. 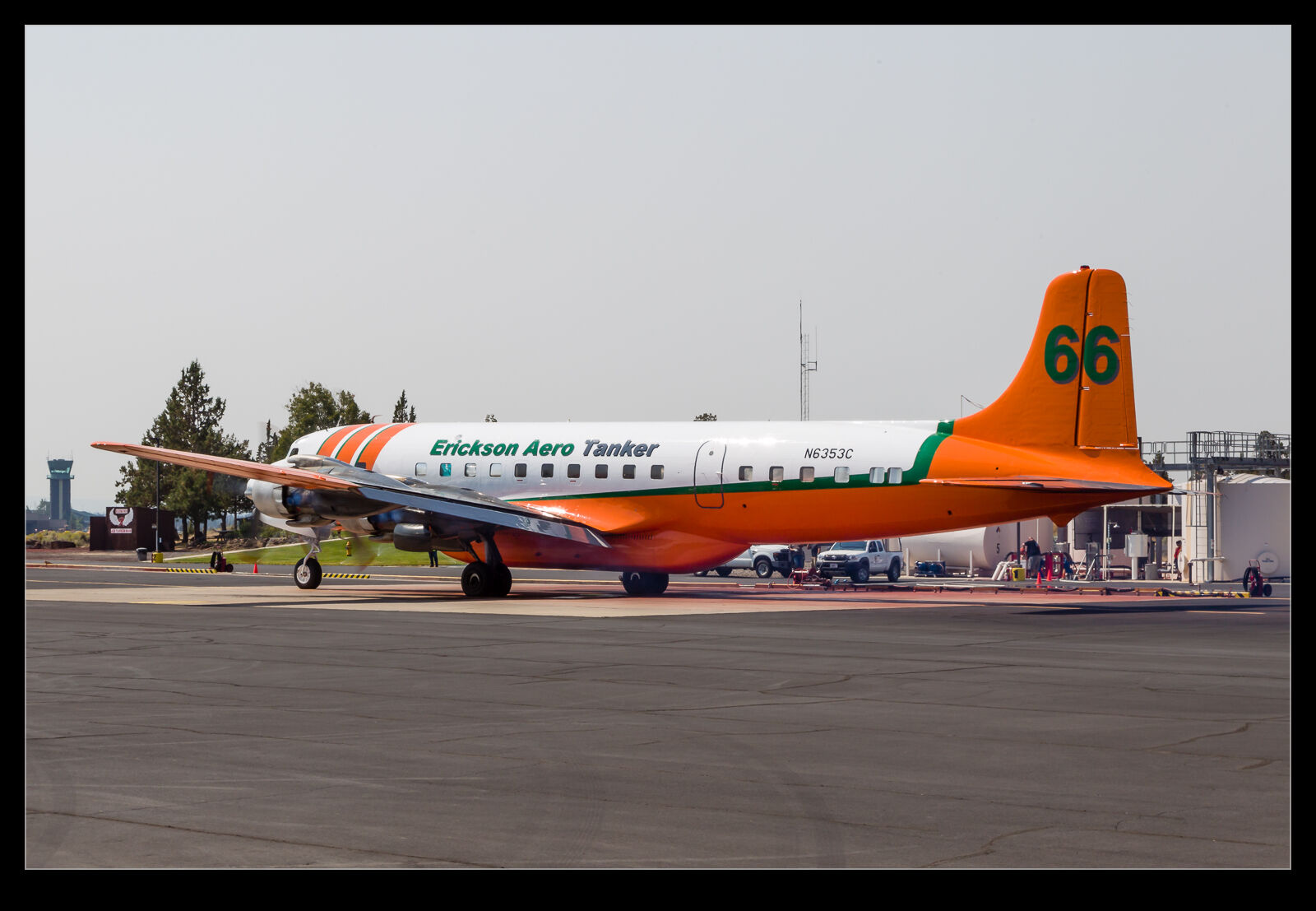 Shortly after the 146 came in, the DC-7 fired up and taxied out. With it gone, we figured it was time for us to continue on our way too. 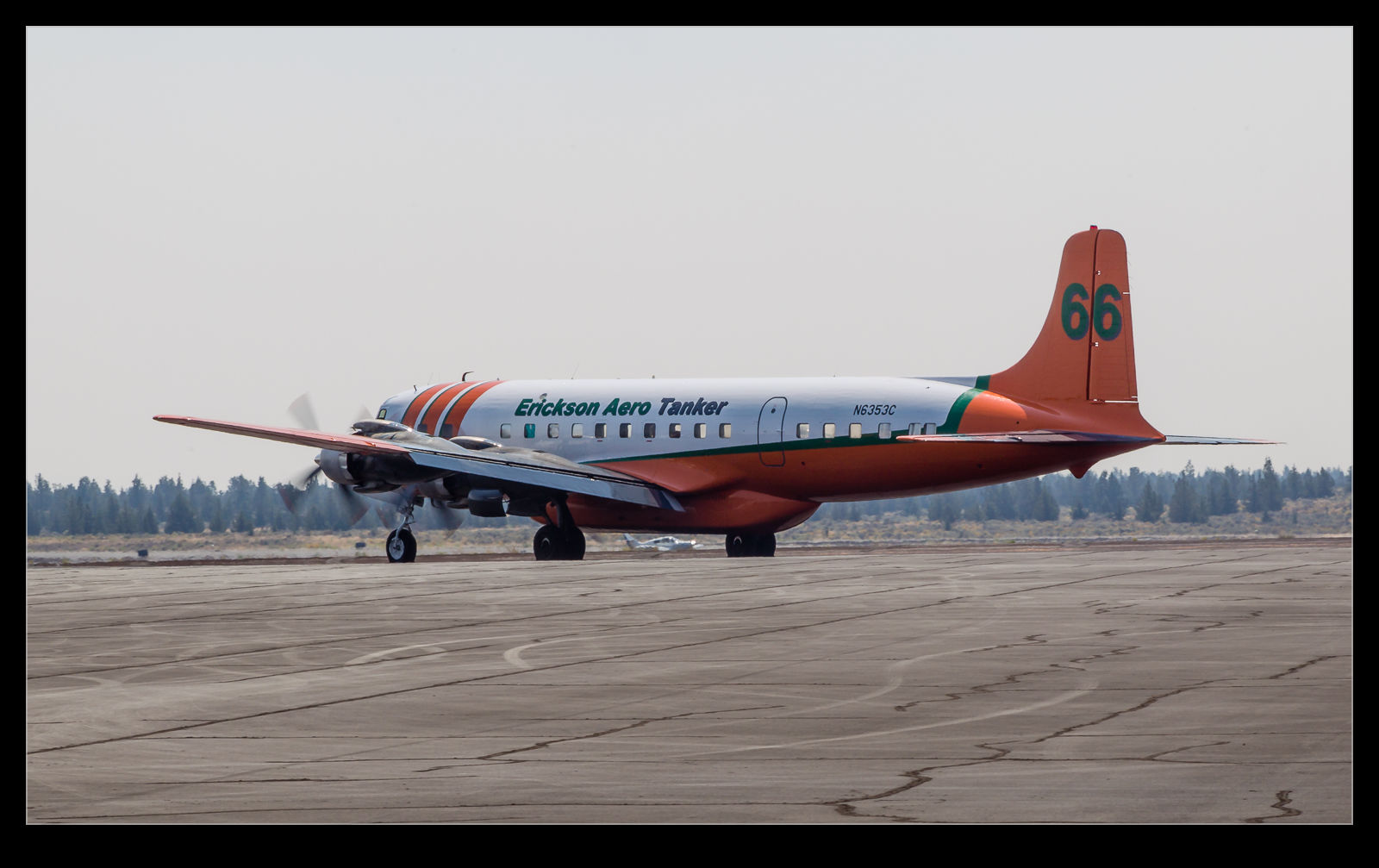