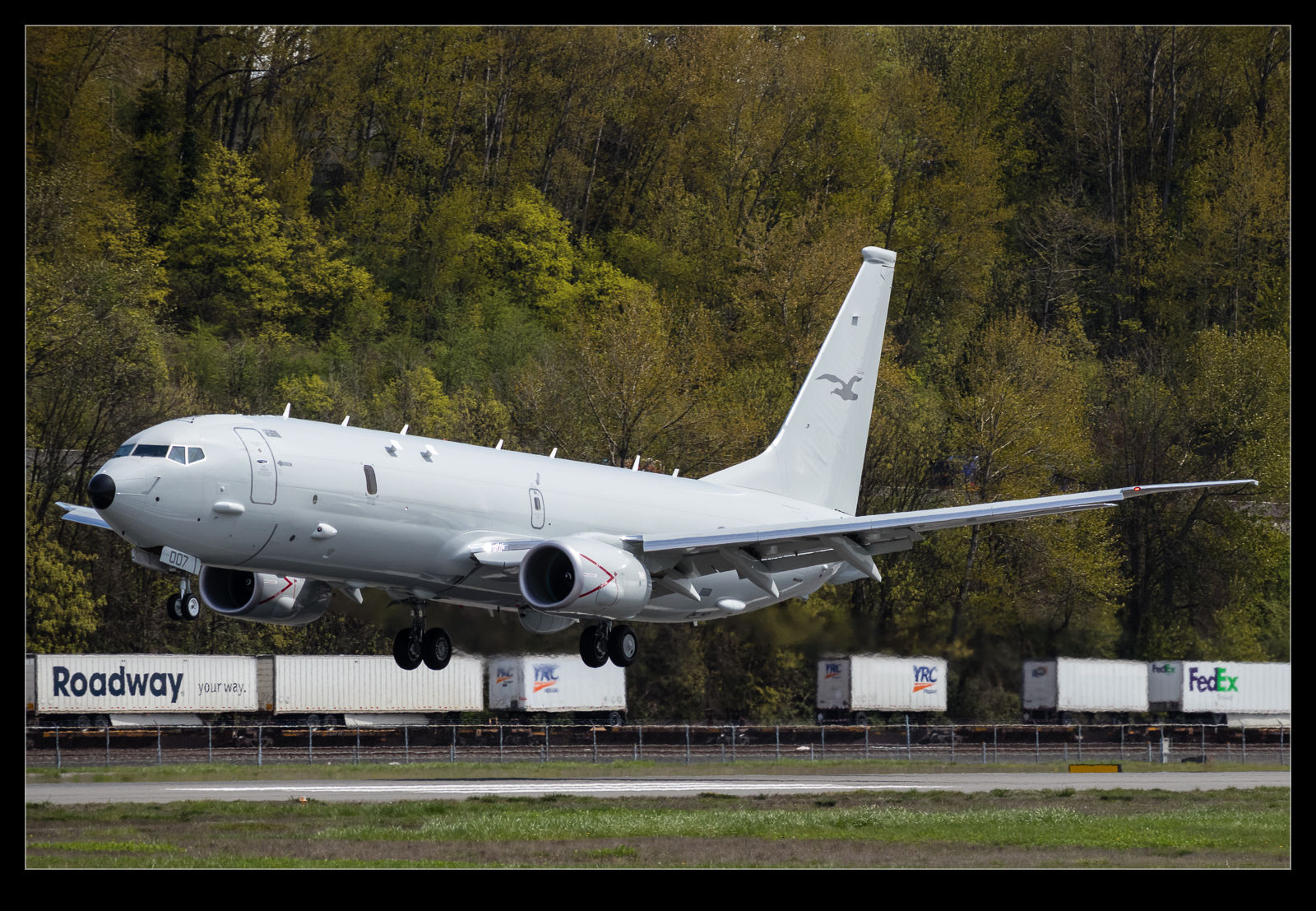 With the progressive retirement of P-3 Orions around the world, the Boeing P-8 Poseidon is starting to take over as the dominant maritime patrol aircraft.  The US Navy is the principal customer, but Australia was relatively quick to order the type too.  They are now in the process of being delivered and I happened across one coming back to Boeing Field at the end of a test flight.  Since it was operating from their military ramp, it taxied back along the field after landing and right by giving me a good look at the configuration the Aussies have gone with.  India has been another customer and, before too long, the first of the RAF jets should make it through production. 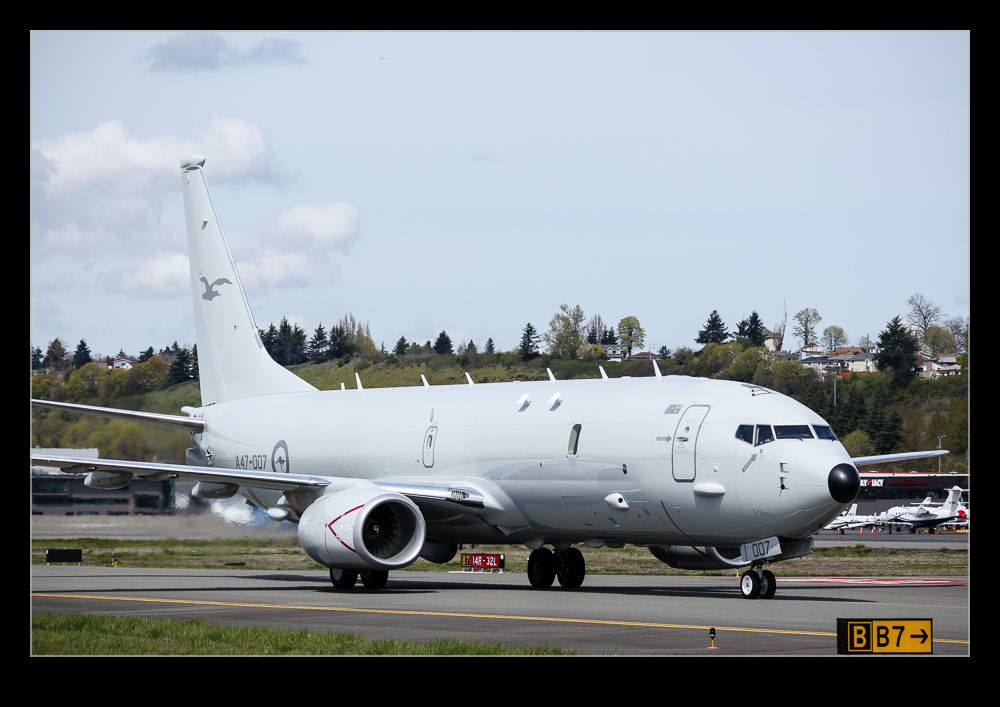 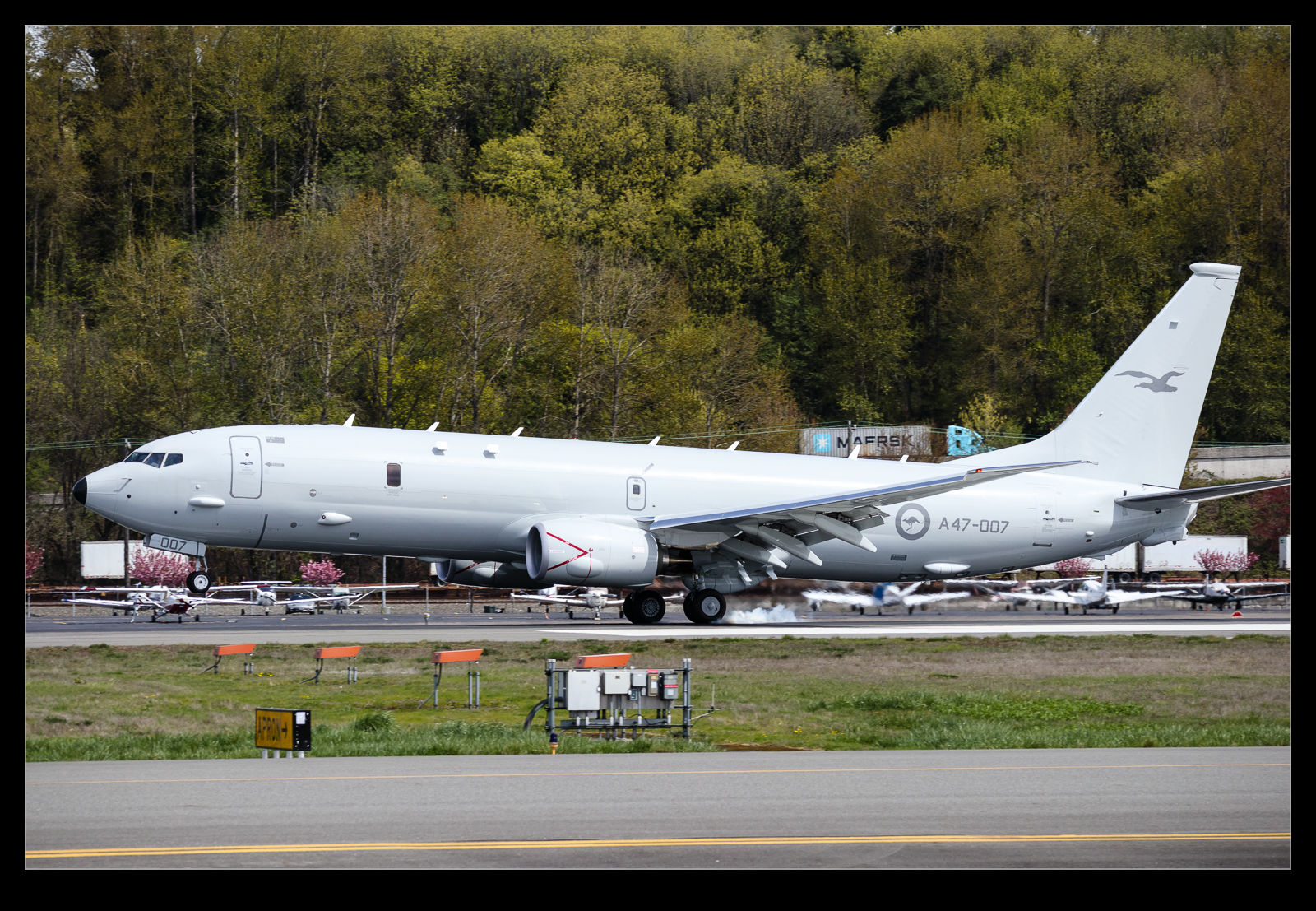 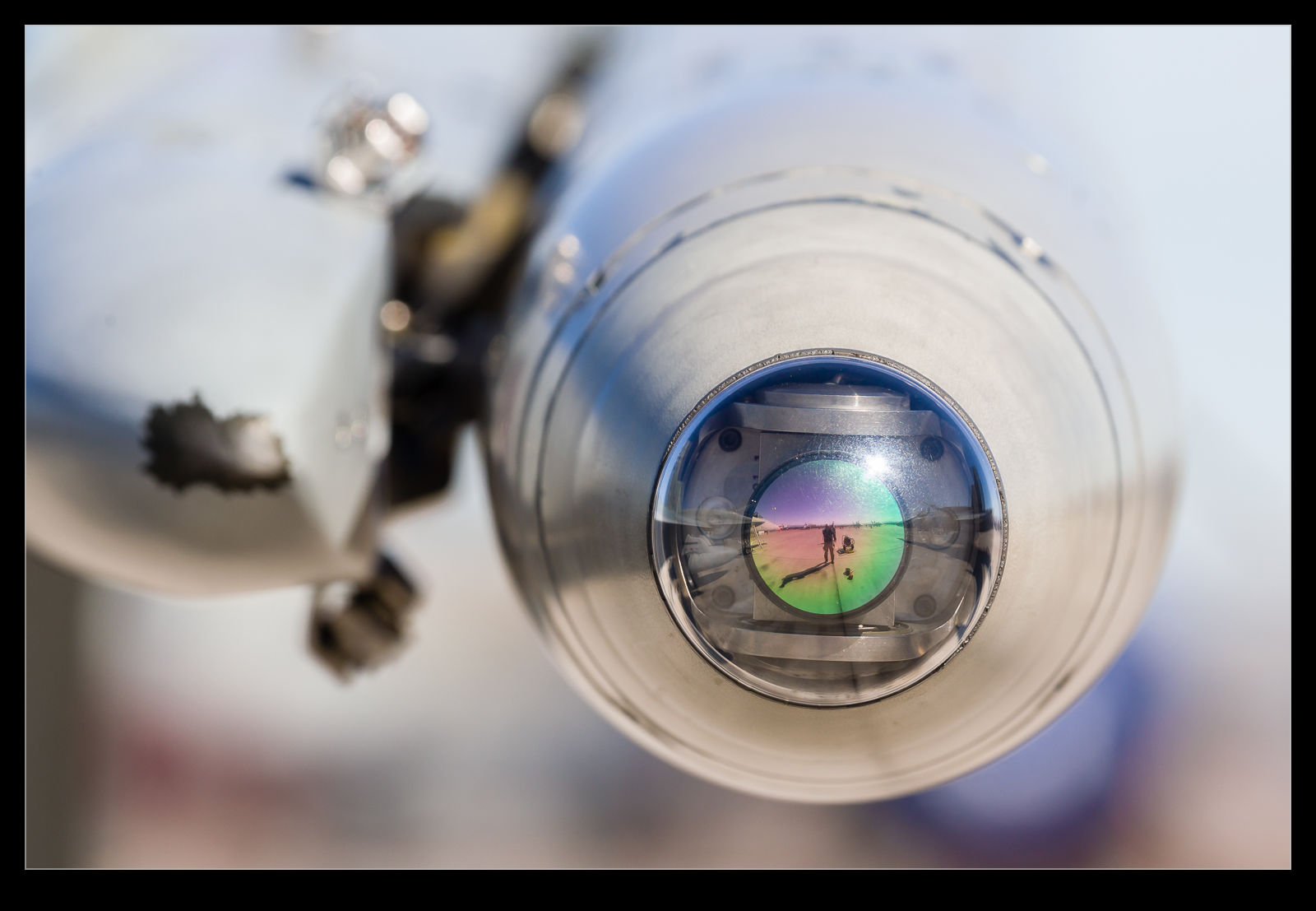 While waking along the ramp occupied by the RAAF Hornets, one of the ASRAAM missiles on the wingtip launch rail of an A-model Hornet had its seeker cover removed. It was dangling by a strap and I was going to ask one of the ground crew if we should replace it. Then I got distracted by the seeker itself. It looked pretty cool and was reflecting light in an interesting way. Naturally, when you are near something reflective, the idea of a self-portrait jumps to mind if you are a little self-obsessed so I couldn’t help myself. Many years ago I worked on an ASRAAM seeker development related task using the company Jetstream testbed so I can pretend all of this is a technical interest and not narcissism at all.