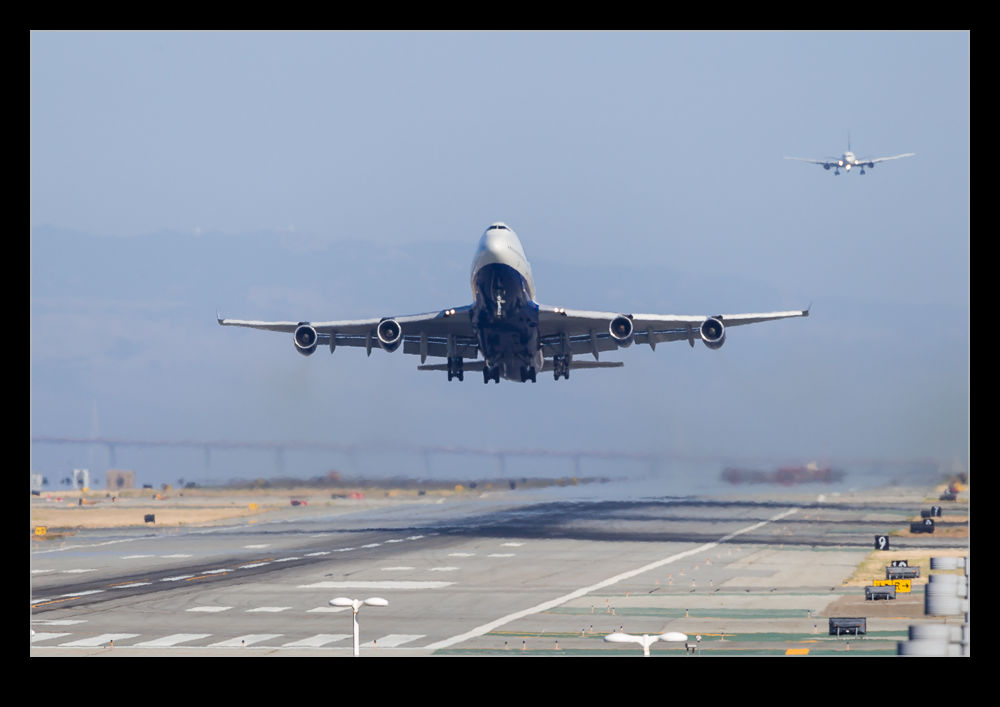 One of the things I have been contemplating for a while is getting some shots at SFO from straight down the runway. I have been to other locations and blogged about them here and here. However, I wanted to try a view that included the runway itself. With a day free to play, I decided to explore the options. 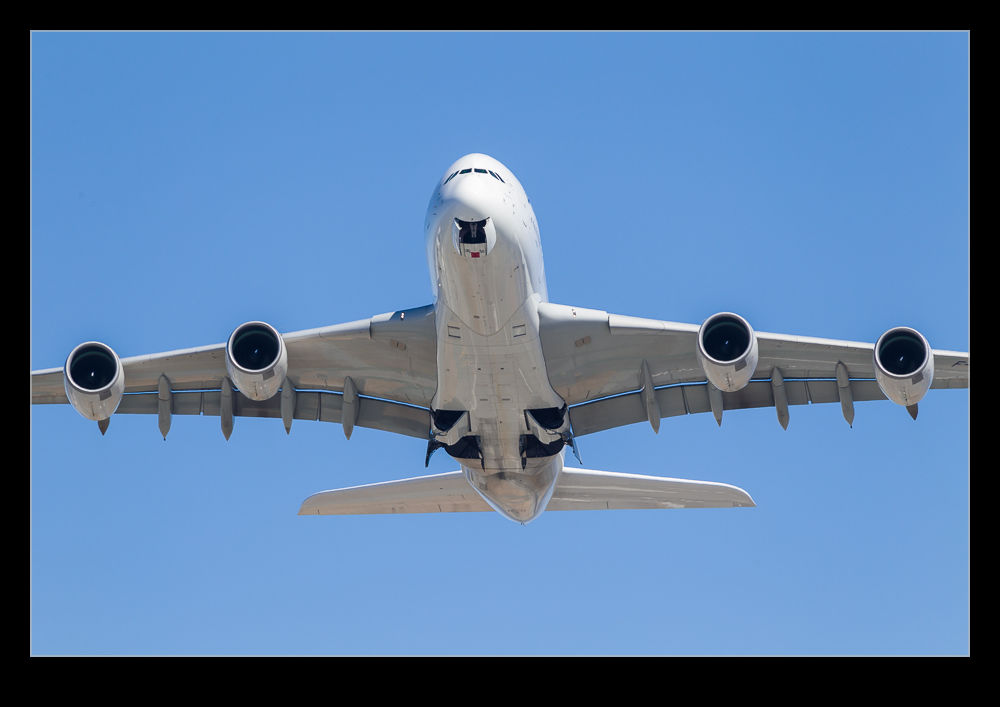 I ended up with a spot that was reasonable. It isn’t perfect with fences and lights in the way to some extent. A parking lot between me and the runway has the double effect of being visually intrusive and also providing lots of heat haze. In truth, heat haze was a big problem while I was there. This was something I had anticipated being an issue. However, I was more interested in understanding the possibilities there so I could come back at a different time of year when heat haze is less of an issue. 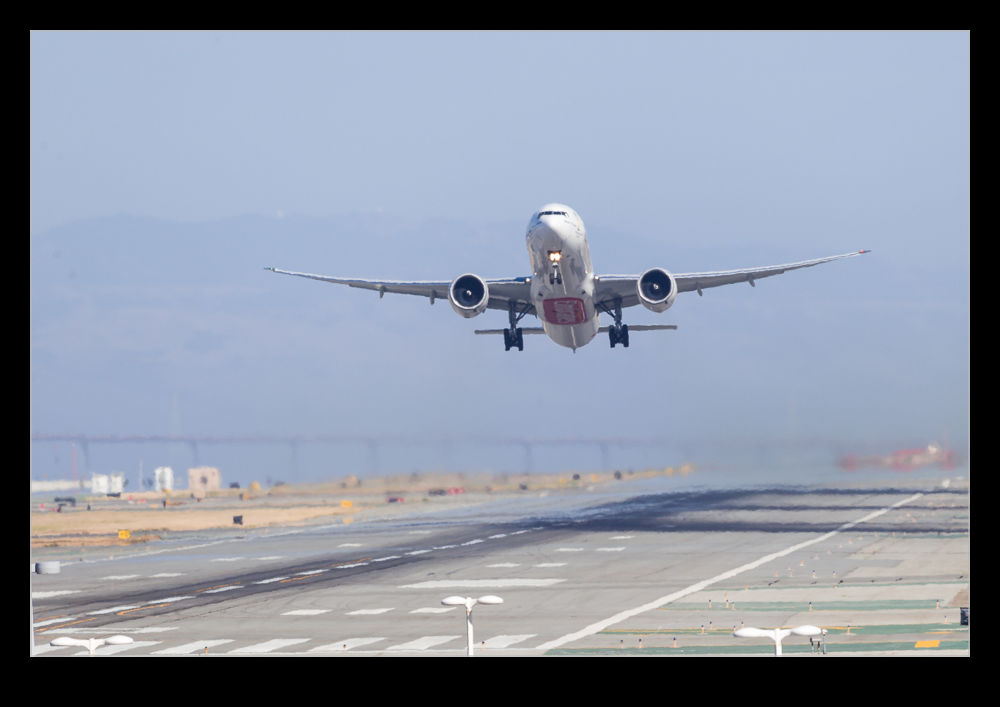 Even so, as the sun got lower, the problem did reduce a lot and, of course, the lighting got a lot nicer. I am thinking a visit when the timing of the departure peak combines with the lighting is going to be in order. 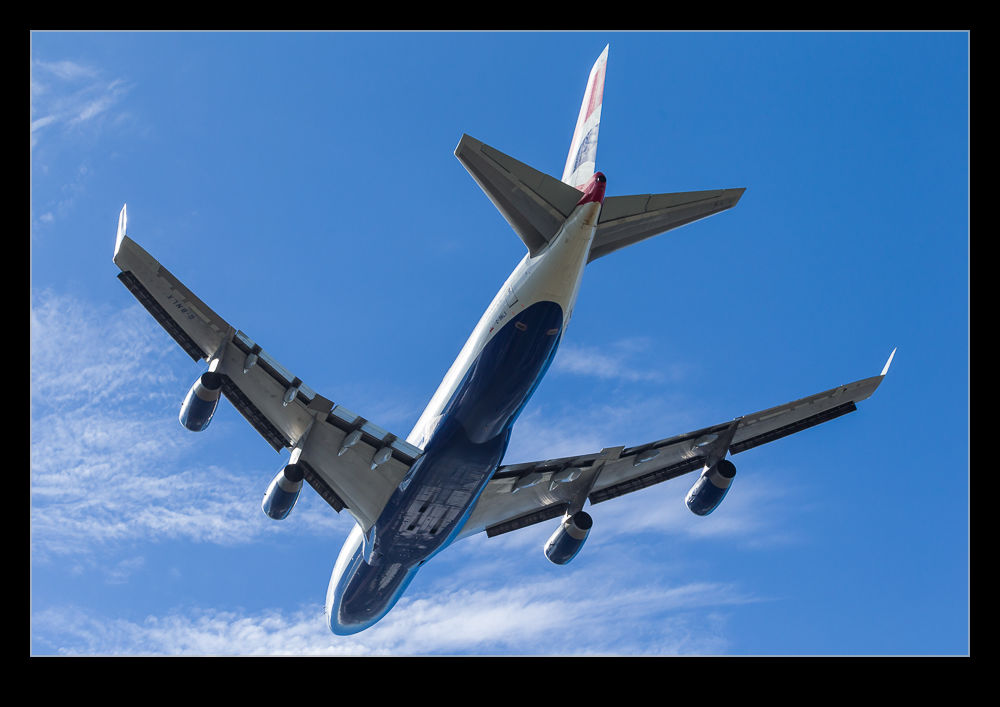 One other thing that will change is that my visit occurred during the time in the summer when SFO was working on two runways and all operations were on the 28 runways. That meant I had a lot more departures coming my way than will be the case when the 01 runways are taking the majority of the departure traffic.