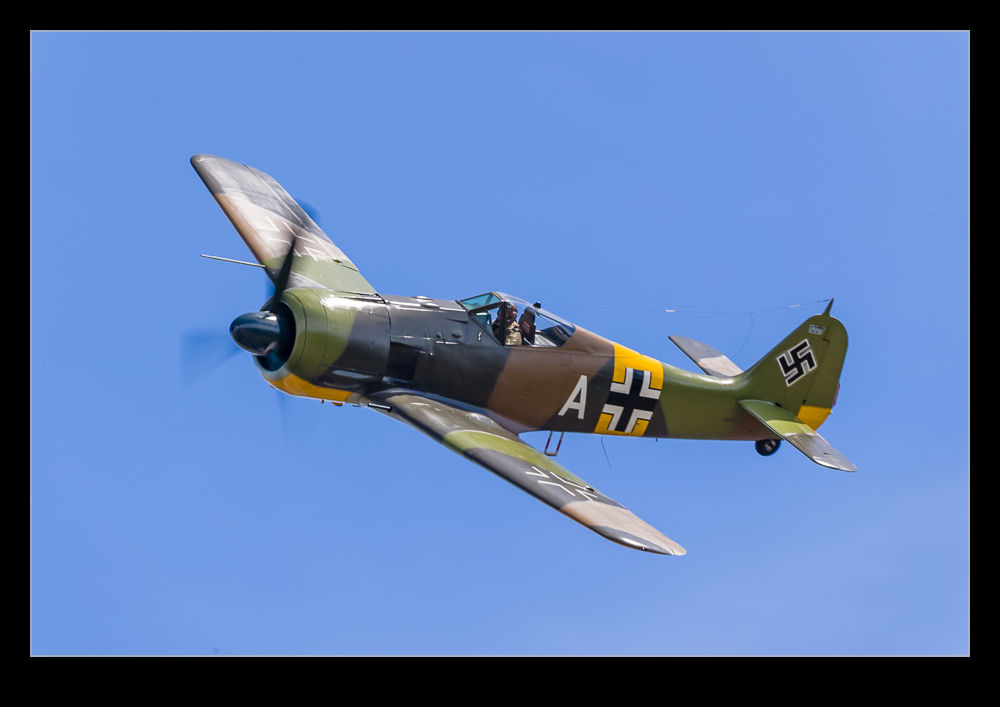 The FHCAM FW-190 is one I have seen on the ground a few times but I have been thwarted with regard to it flying.  It was scheduled to fly at Skyfair so I was optimistic.  While waiting for the Skyhawk to arrive, we were pleased to see the 190 taxi out and depart.  Hopefully it would be a short test flight and after a few minutes, it came back into the overhead.  A very nice early turn to final brought it around the waiting crowd and there was much rejoicing! 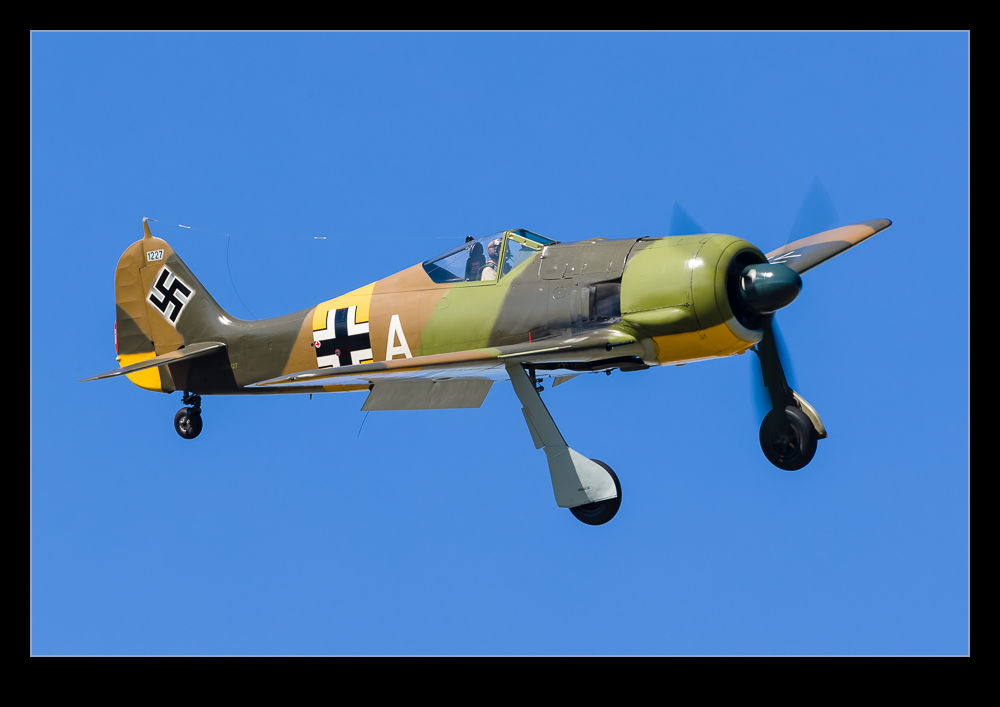 On the day of the show it flew again.  A nice bunch of passes and some good maneuvers to give us a view of the topside of the glossy paint scheme.  The light was a touch harsh but the plane was definitely worth it.  Combine that with the extra from the evening before and this will count as a success for me. 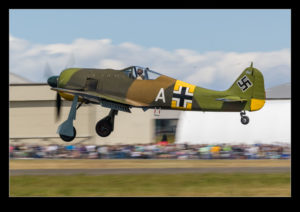 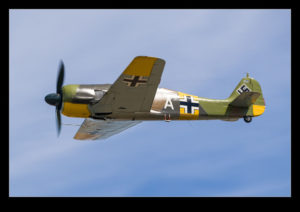 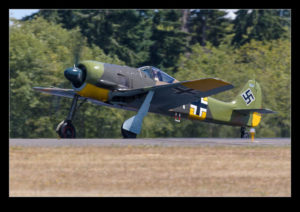 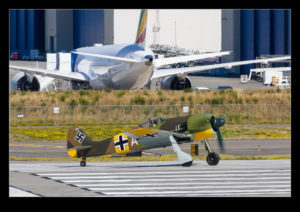