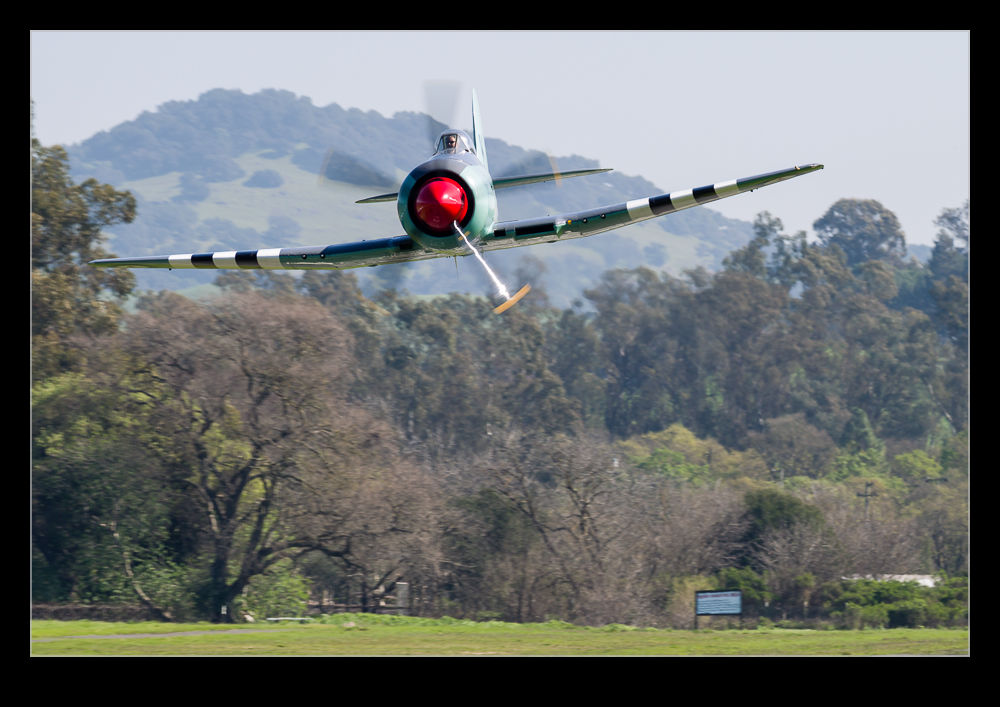 It’s always fun to get a nice surprise while you were out.  I was up at Sonoma Skypark with my friend Eric looking at a bunch of pictures he had taken.  There is usually something buzzing around on a Saturday so, while the noise of an engine will cause us to look, we normally then return to what we are doing.  However, the sound of this engine made us take a second look.  It was a Hawker Sea Fury circling high above.  This is a plane belonging to Walt Bowe and we watched him high above us.  Eric said it was unlikely Walt would do a pass so we just watched casually. 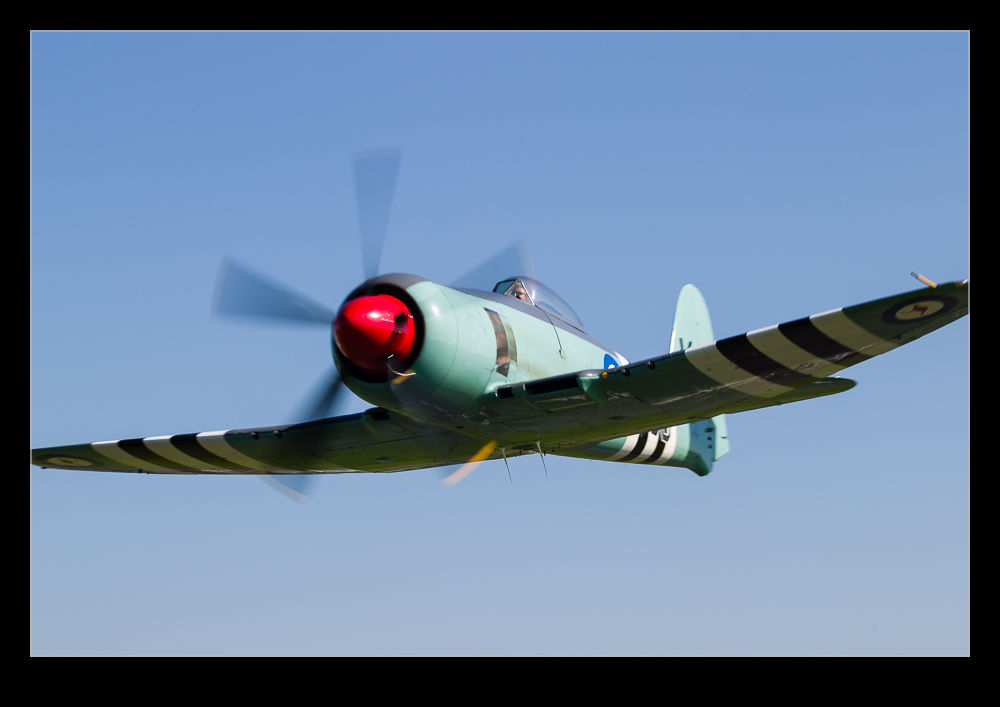 However, as we watched, Walt’s path did look like he was turning in towards us.  We paused a little so as not to look foolish but then it was clear he was dropping down towards the field.  Fortunately, I had the camera on the table near me.  Eric and I jumped up to get to the other side of the field where the light is better.  We scurried across as gracefully as two old geezers can and we in position as Walt dropped into his pass.  I guess he saw us as we got a great pass from him before he pulled up and continued on his way.  Now I want to shoot this plane again but in a more planned way! 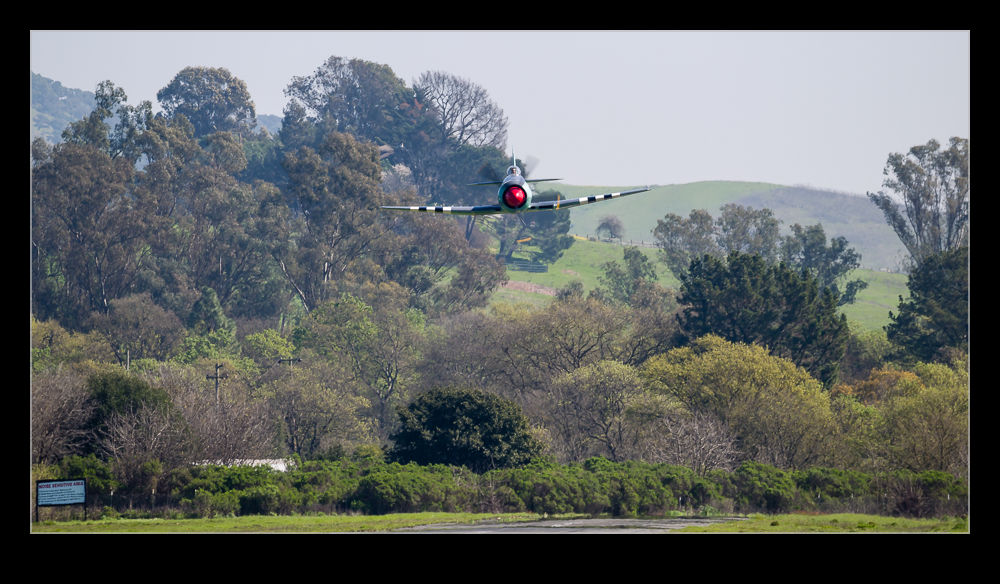