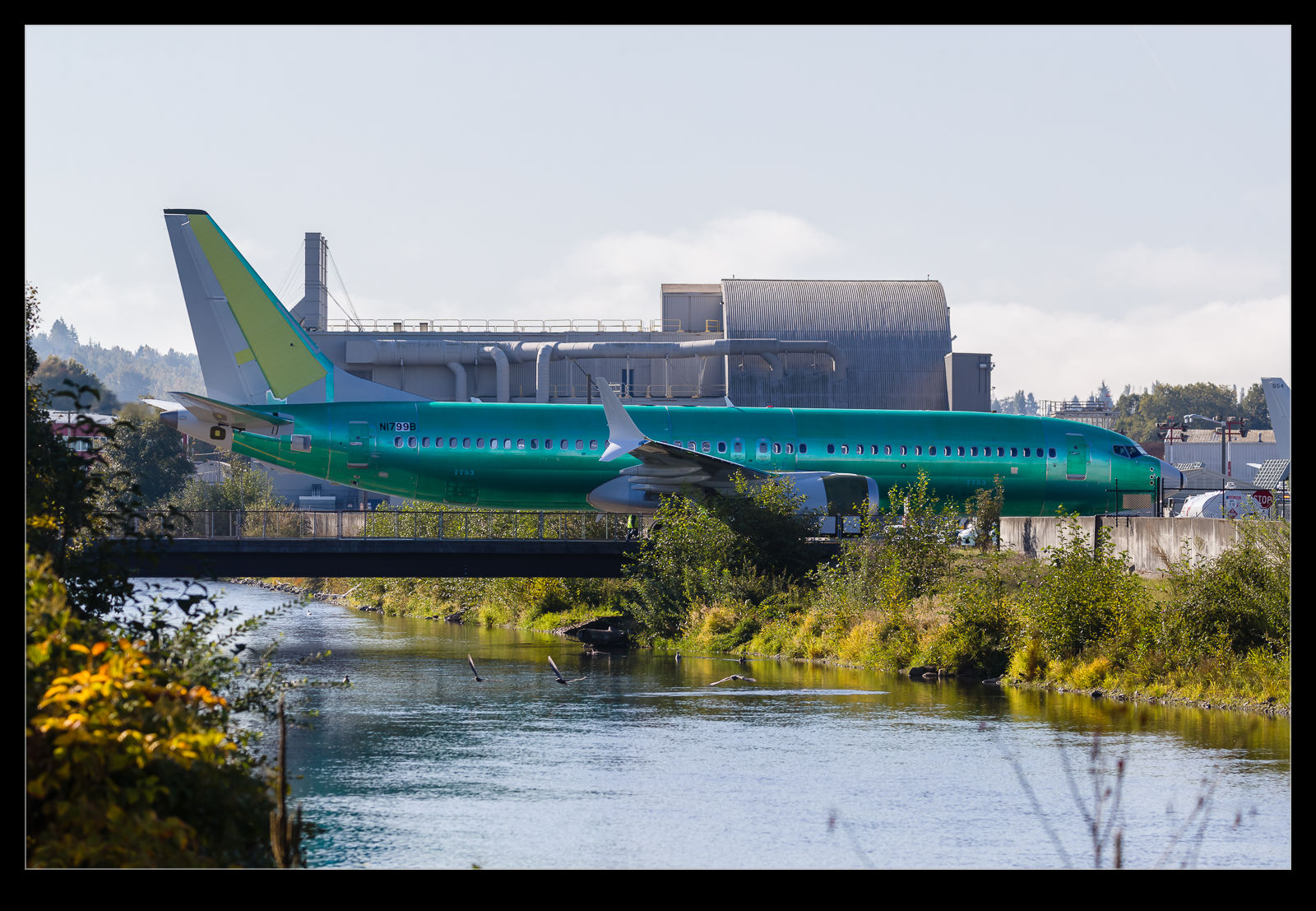 I’ve seen a few 737s make their first flights at Renton.  This example occurred on weekend morning and it caught me out a bit.  They roll the jets across the bridge from the assembly flight line to the runway flight line.  The bridge crosses the river just south of the park.  Once across, they are ready to start up.  This takes longer than a normal start up since this is the first time the plane is going to fly. 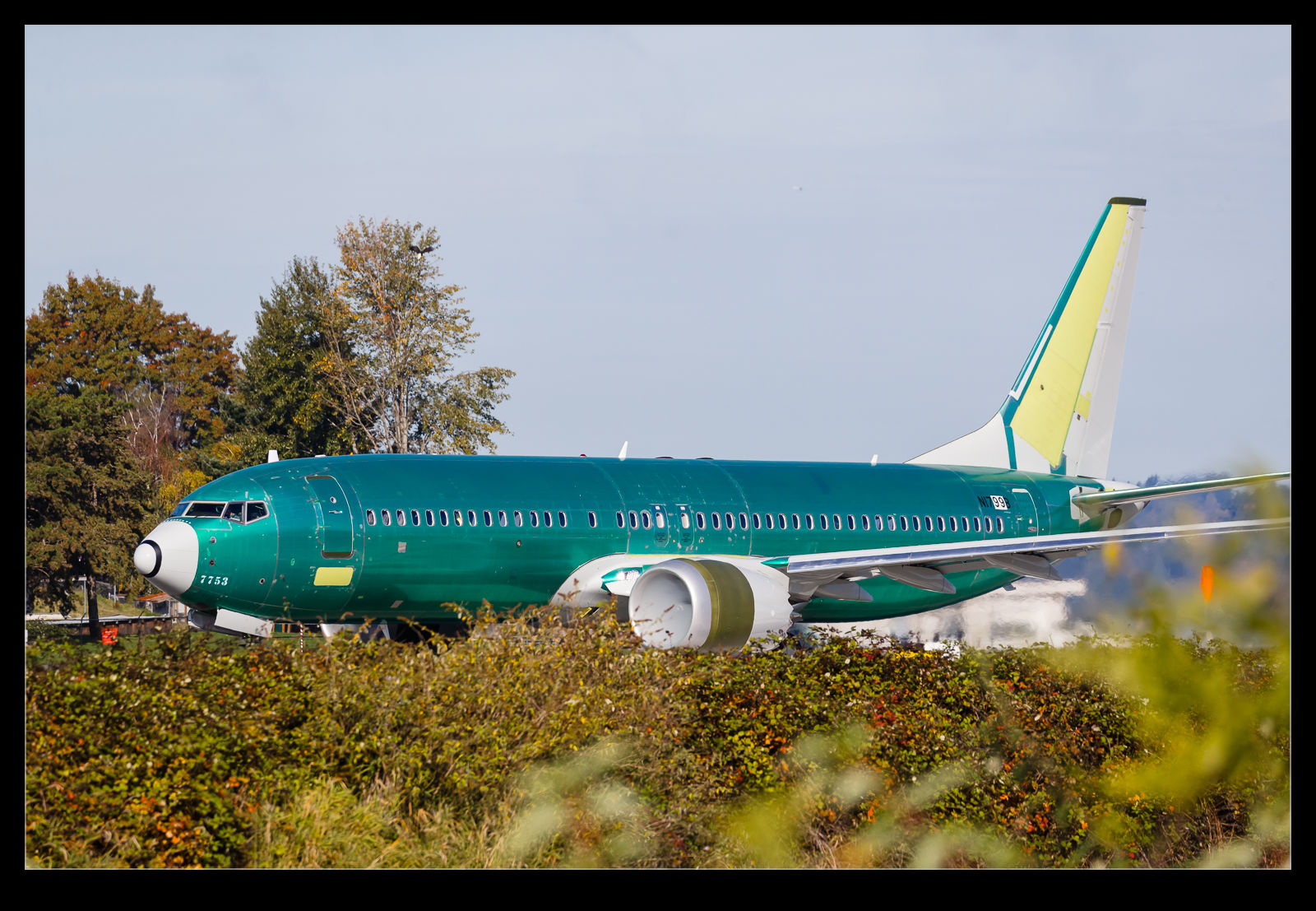 The fast taxi with rejected takeoff is the next step.  This takes place on the runway and, in this case, was heading towards me up near the Lake Washington end of the Renton runway.  All being well with this, it is time to take off.  I had hoped that this would involve a back taxi and then departure over the lake but I was to be disappointed.  They turned at the lake and powered up for a departure to the south.  I had not anticipated this so was badly placed.  The moist morning air resulted in vapor in the inlets as they accelerated past me and then climbed off in the distance. 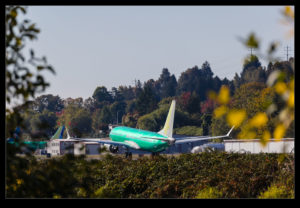 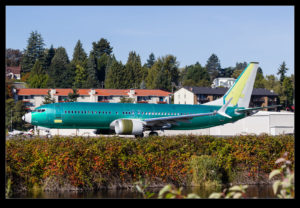 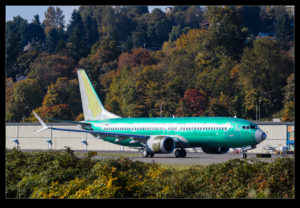 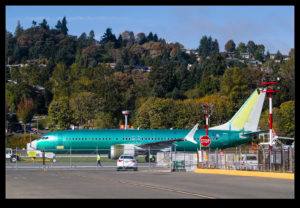