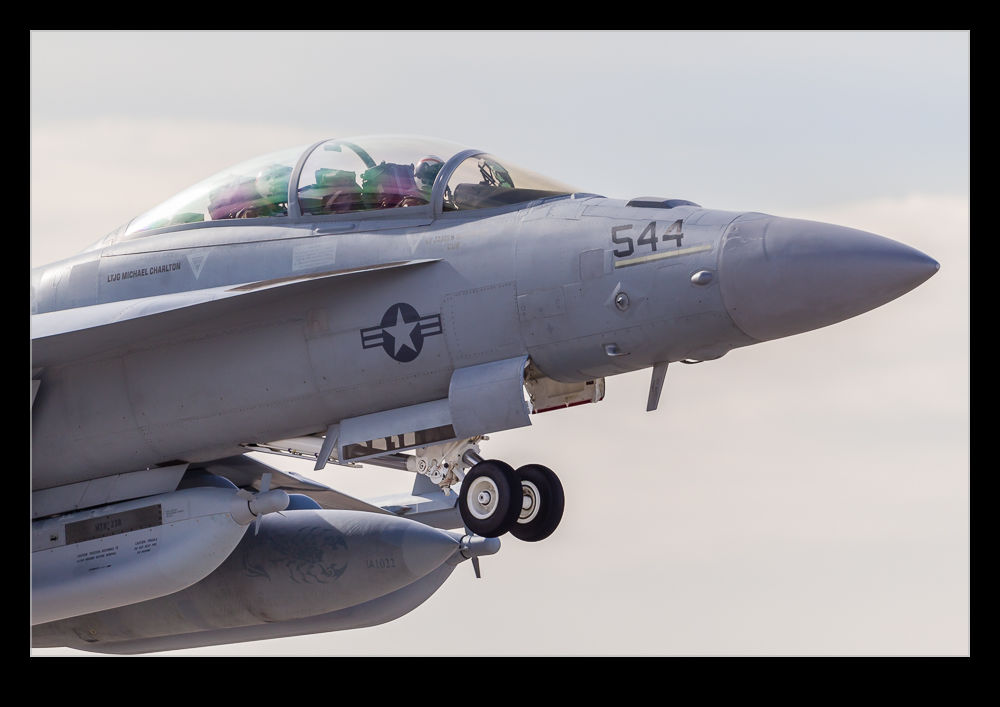 I was back at Nellis AFB recently for another Red Flag exercise for Global Aviation Resource. Chris Wood and I were there to cover it and the piece we put together can be found at this link. After the last visit to Red Flag when a security issue resulted in all of the media being escorted off base just before the launch, I was hoping for better luck this time. Fortunately, we did pretty well. The launch went well and, while the light was a bit poor for the departures, it got better as the day went on. 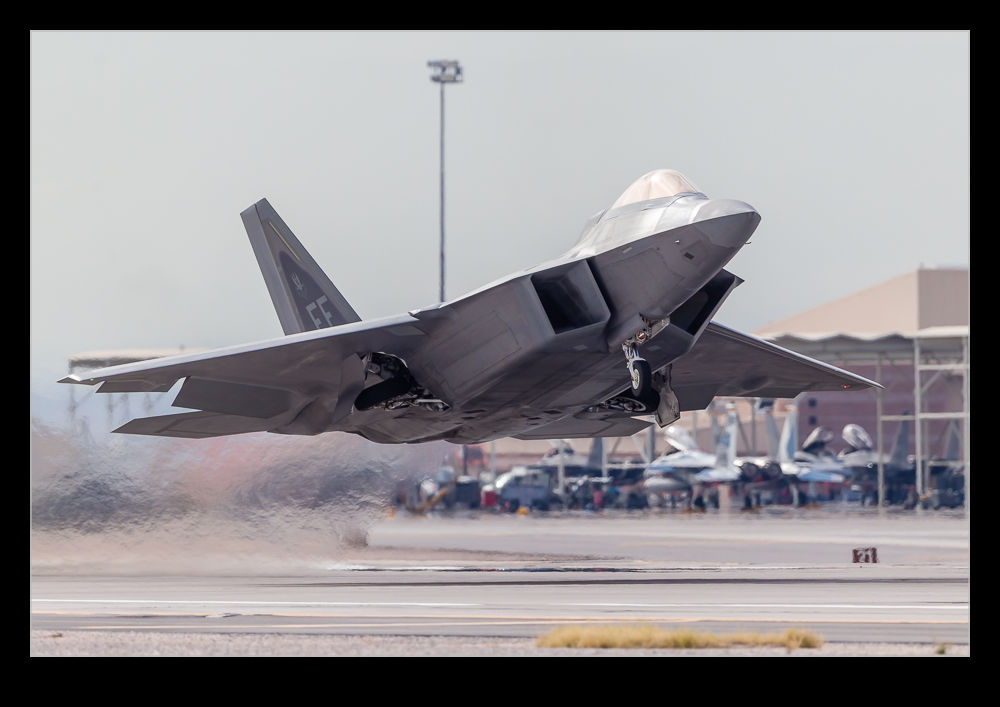 Standing between the runways as the aircraft go off each side is pretty cool. We had a lot of USAF assets this time but also some Navy Growlers and RAF Typhoons. An RAF Sentinel was a nice addition – particularly as it was the aircraft with the squadron markings. One unfortunate element was that the launch was earlier than had been scheduled for our visit and the early aircraft off included the B-2s. We were still on the bus when they launched. I managed to get a shot with my phone out of the window but that was it. I do actually quite like the shot so all is not lost. 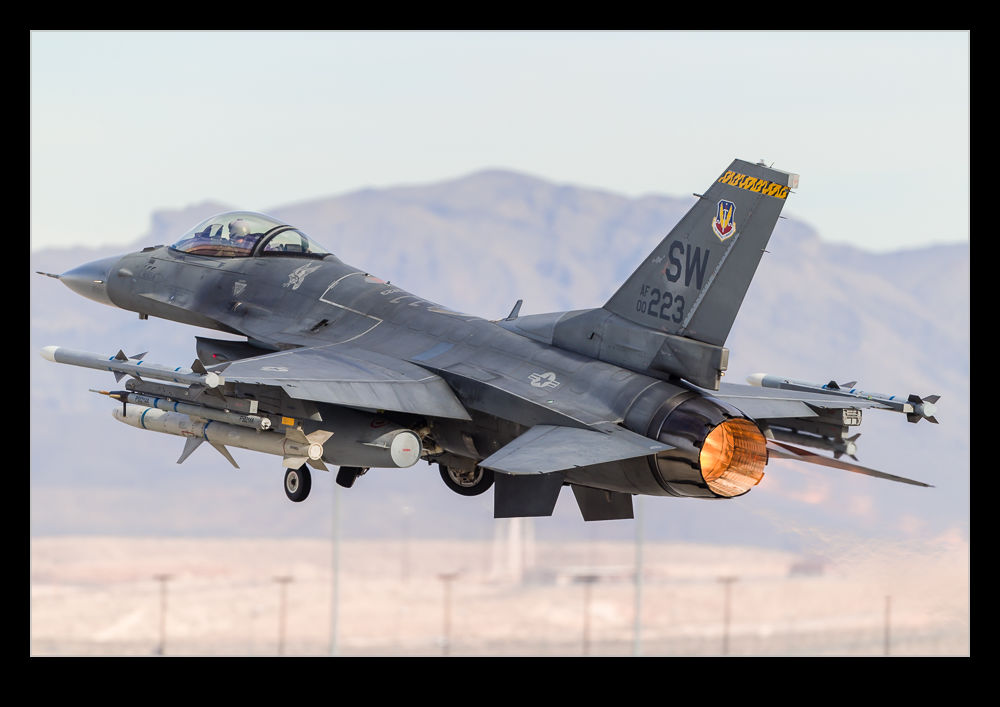 The feature has many more shots but here are a few to give you an idea of what was there.