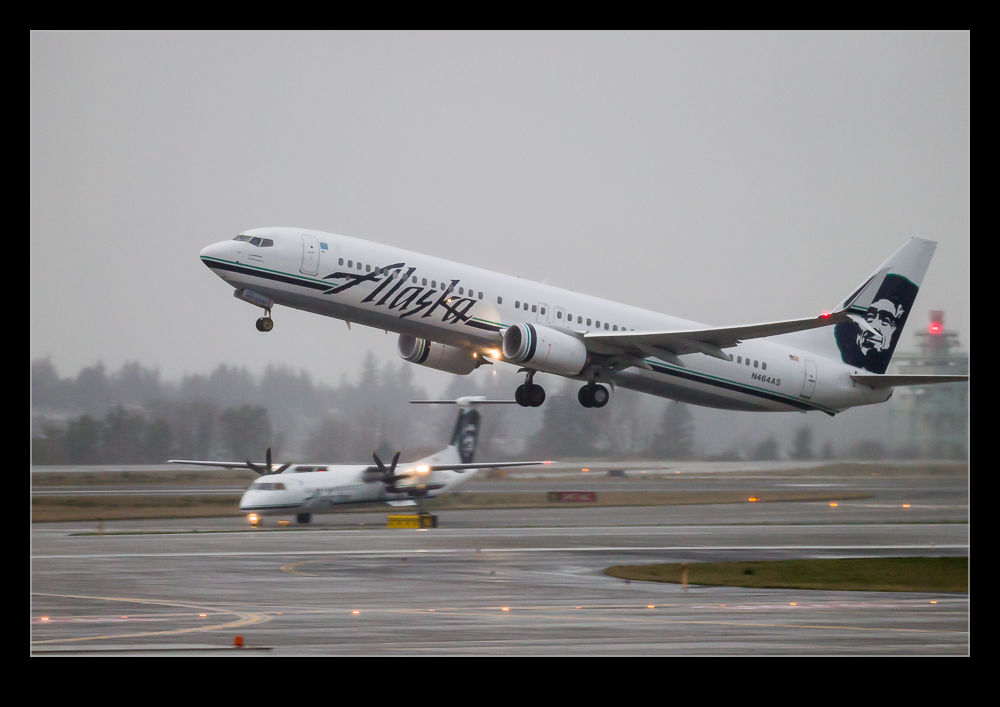 In the past I have been able to get some reasonable shots of departing aircraft at SeaTac from the pier of the terminal that Southwest operate from while I am waiting for my flight.  I was heading home in the evening and thought I would have little luck because the sun would be on the wrong side.  Turns out, the sun was nowhere to be seen – this is Seattle so I guess I shouldn’t have been surprised. 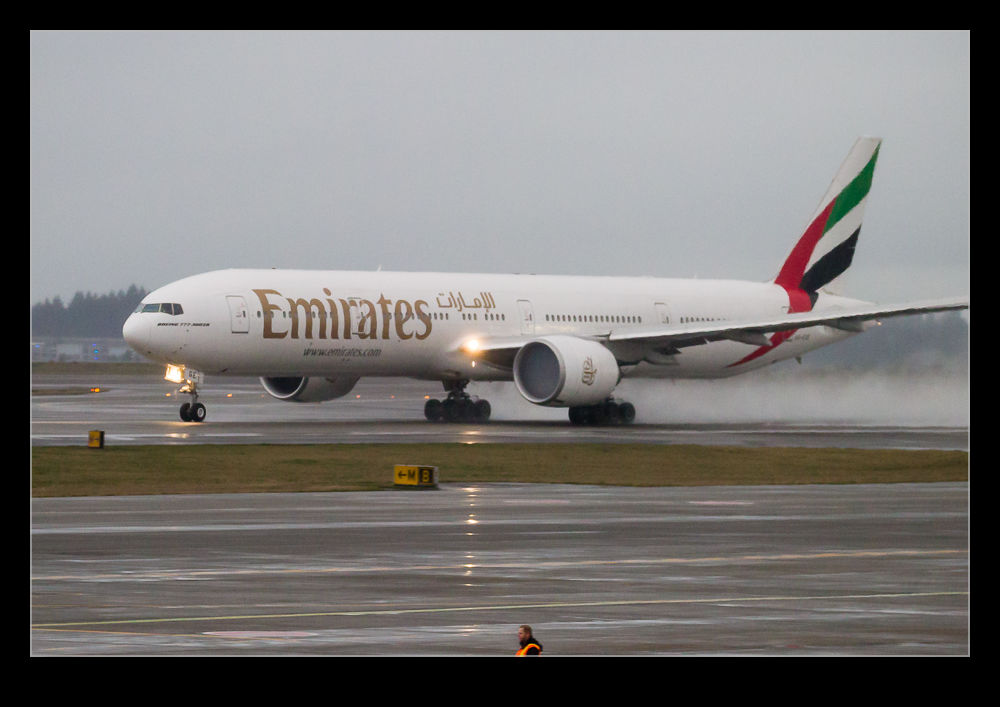 Instead, it was raining (shocking news) so, even though the light should not have faded, it was pretty bleak.  Normally, I would have thought this meant I would no be getting any shots.  However, I decided to have a go anyway.  Sometimes, the bad weather shots can come up with something a bit special.  I did not anticipate getting this but it would have been frustrating to watch and miss something cool. 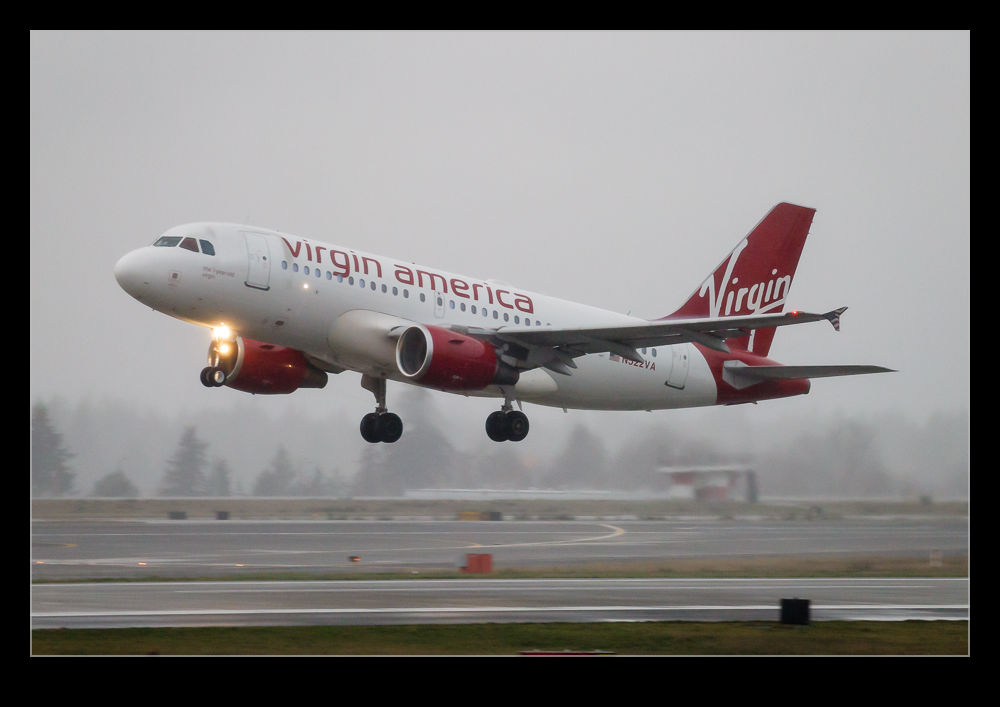 As it turned out, things weren’t too dramatic.  I did get a few shots of the jets and turboprops as they headed out.  Sometimes there would be puffs of vapor over the wings or clouds in the inlets but nothing too good.  An Emirates 777 took off which meant a fair bit of spray behind it as it powered away.  Sadly it rotated just as it went out of sight so the real clouds of spray were not visible from where I was.