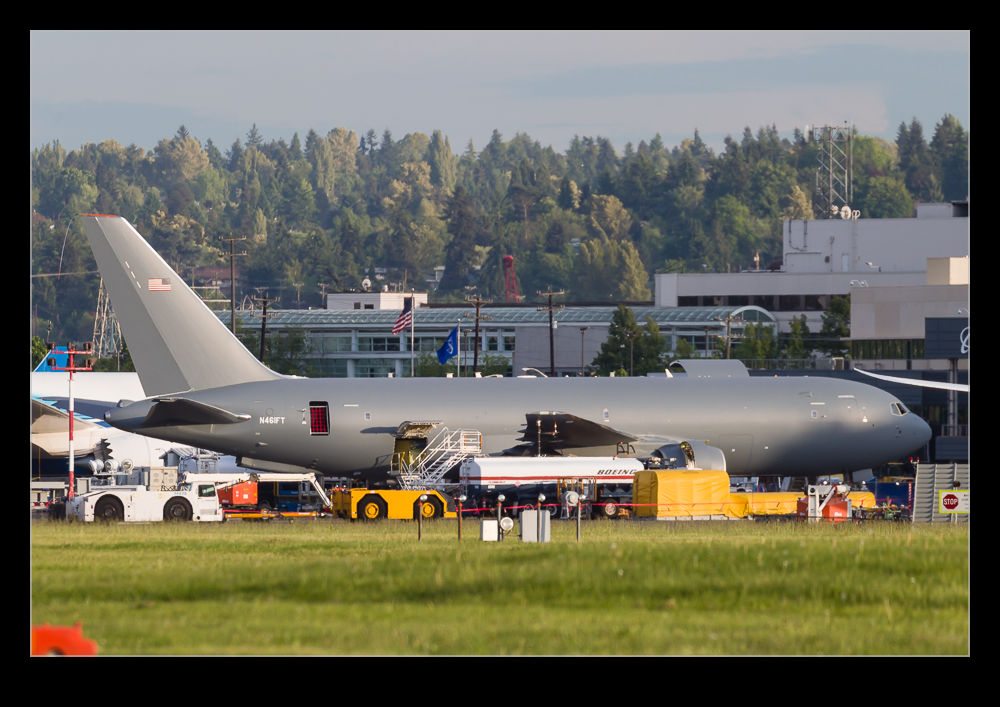 Some programs always seem to be trouble. Boeing’s efforts to turn the 767 into a tanker have not been smooth over the years. The original versions were a single boom tanker for Japan which was not too late. The three point version for Italy was a far more difficult affair and was several years late. When the USAF was after a new tanker, Boeing initially lost out to Airbus with their A330 based offer. A successful protest and s new competition followed and this time Boeing won.

Whether winning was good for them remains to be seen. The contract involves a cap on cost growth after which Boeing picks up all of the overrun. Supposedly they are already past that point so the split on overrun costs is now all theirs. Combine that with messing up the wiring and having to wire the flight test jets and you will see why the flight test program is behind schedule. The first of the four development jets flew last year in a civil configuration without the refueling equipment. It has since been on the ground at Boeing Field for further work. Very recently it took to the air again. Shortly before that, I passed by and saw it parked up on the Boeing ramp.

We shall see whether Boeing can pull back some of the delays and get the minimum number of jets into service by the contractual deadline. Whatever happens, I imagine these jets are going to become a lot more familiar in the coming years.