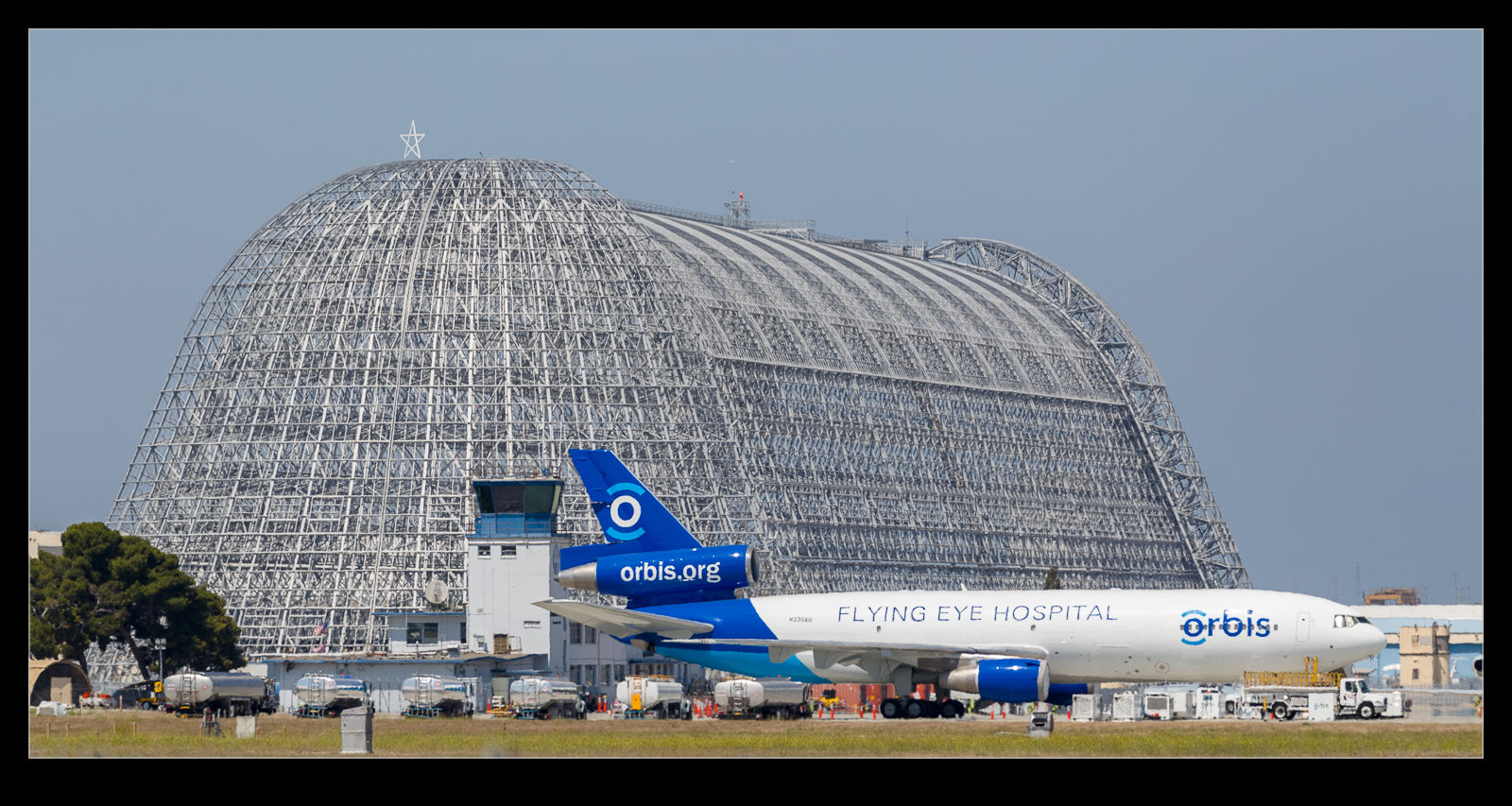 Not all old airliners end up being broken down for parts.  Some get a reprieve, at least for a while.  A frequent secondary use for airliners is freighters and FedEx have an extensive fleet of old DC-10s that they use.  These have gone through a cockpit upgrade program and have been renamed MD-10.  However, even that is not enough to keep them going indefinitely and the fleet is gradually being reduced.  One of them has got a new lease on life though. 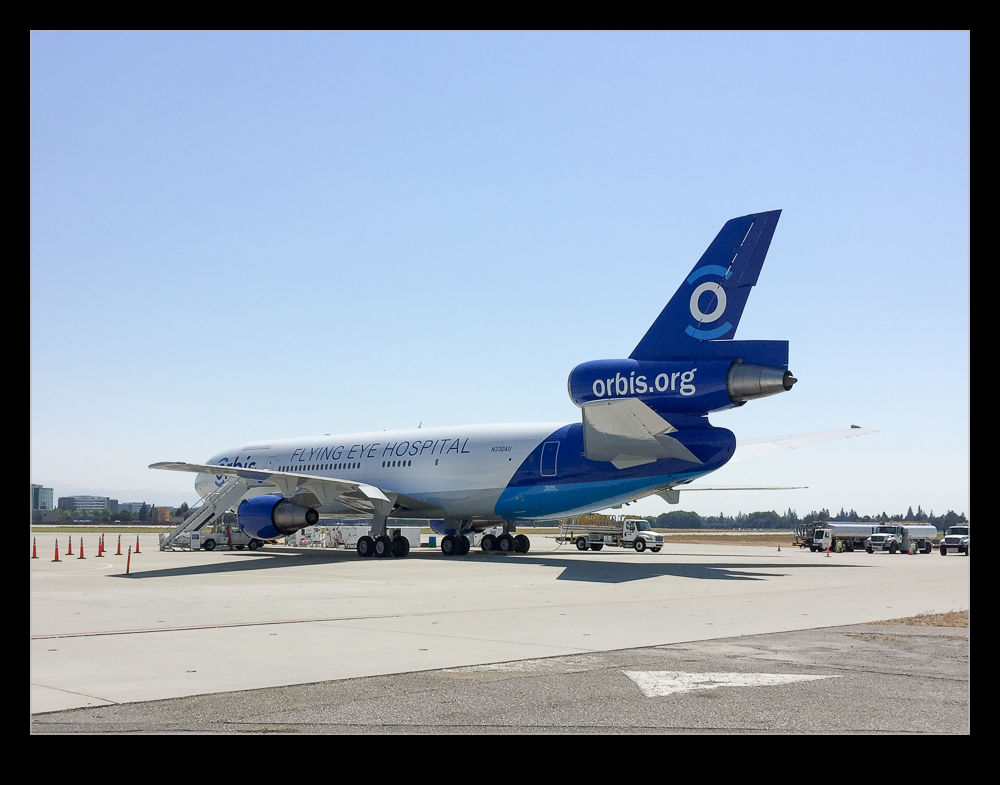 Orbis is a charity that carries out eye surgery around the world in places where the medical facilities are limited.  Cataract surgery is a simple procedure in some countries but a rarity in others yet it is a simple solution to a problem that affects thousands of people.  Over the years they have had a number of airliners that are fitted out with an operating theater and they can fly into locations and carry out surgery on people who would otherwise have little hope of regaining normal sight.  The current aircraft (see at the bottom) was a DC10-10 that had originally been with United.  That aircraft is now being replaced with the MD-10 from FedEx. 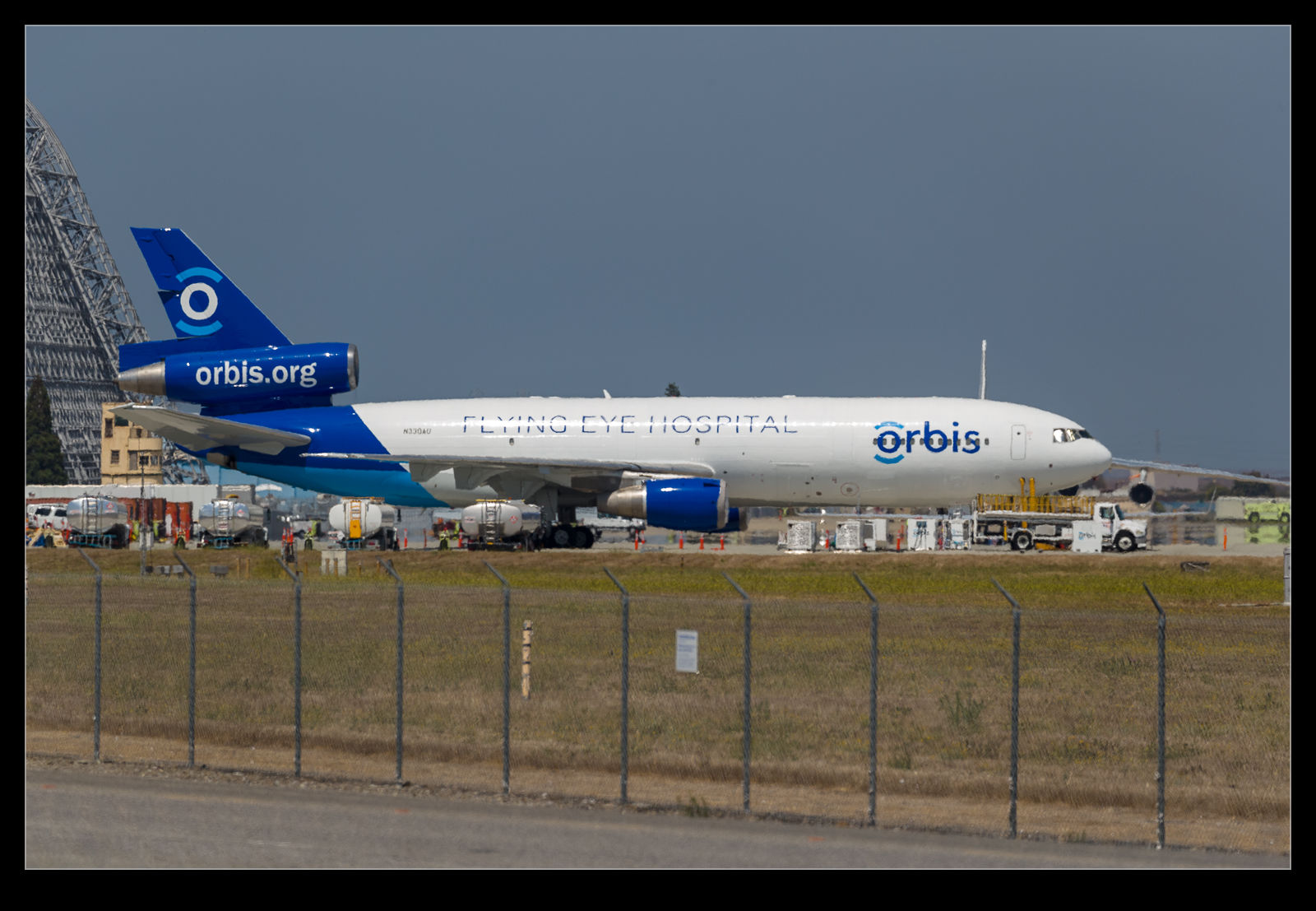 I first saw the aircraft at LAX during its press roll out.  I was landing and looked out of the window and there it was on the ramp.  No camera to hand so just a memory.  More recently, it spent some time at Moffett Field and I was able to grab a few shots.  It was hot so, while I chose the better side for the light, it meant being a distance away and getting a fair bit of heat haze.  I did also see the shady side through the fence.  I imagine the jet is now off doing good work around the world.  A great cause. 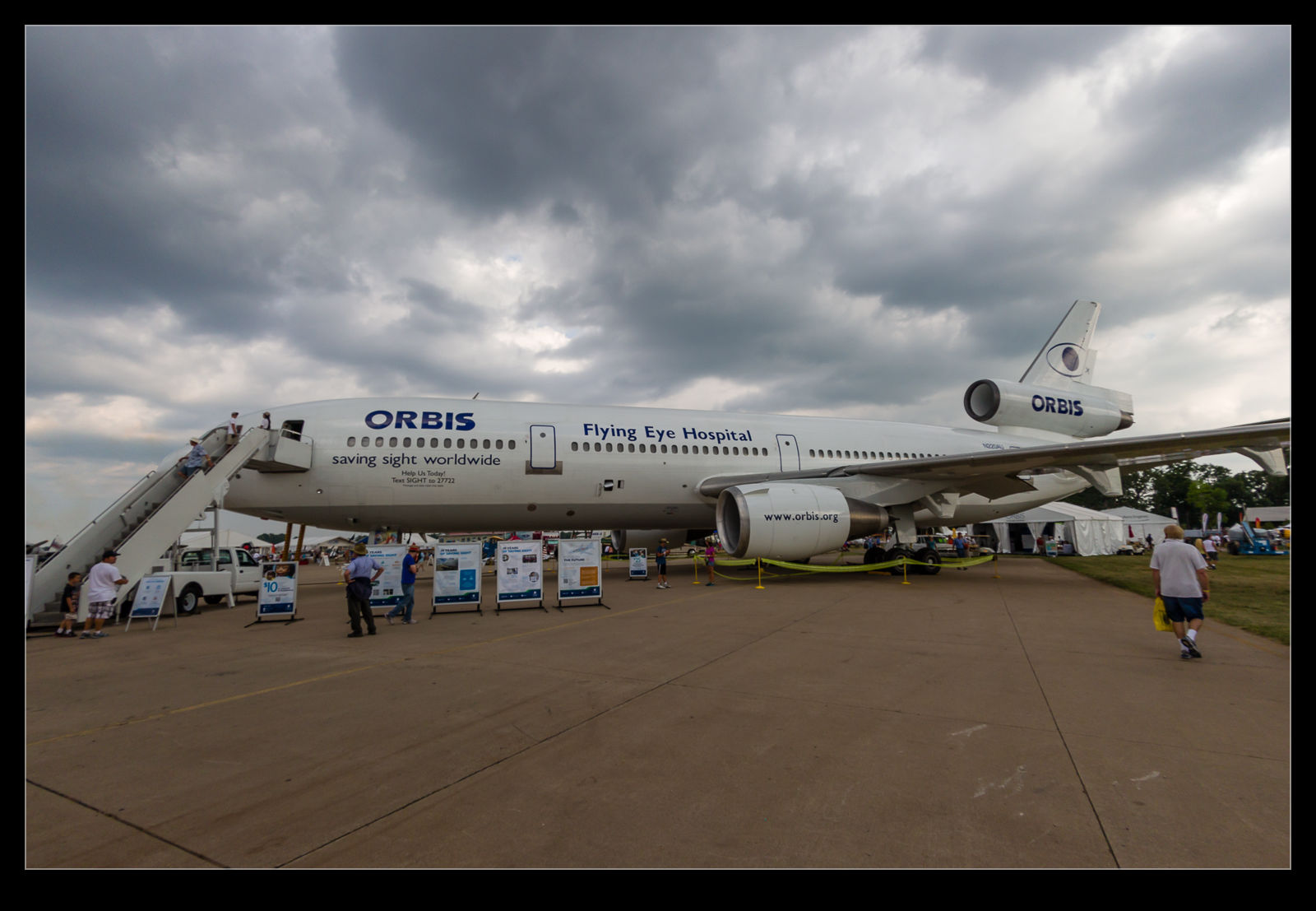