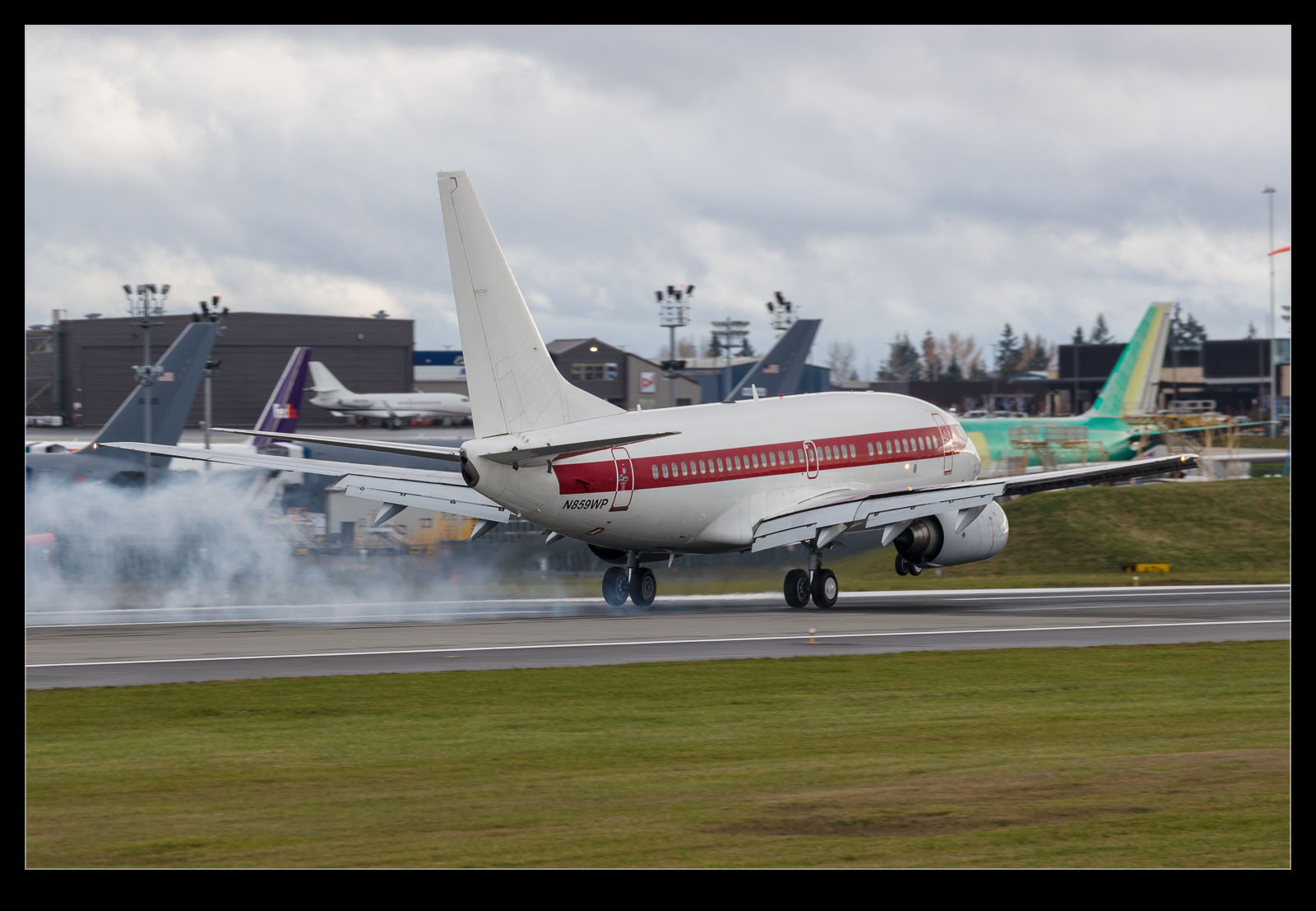 Crummy weather and a lack of light is not usually a recipe for heading out to shoot planes.  However, I was up in Everett getting the car serviced and, as I prepared to leave when the work was done, I figured I would have a quick check on what was moving up the road.  Turned out ATS had another Janet 737 out on a test flight. 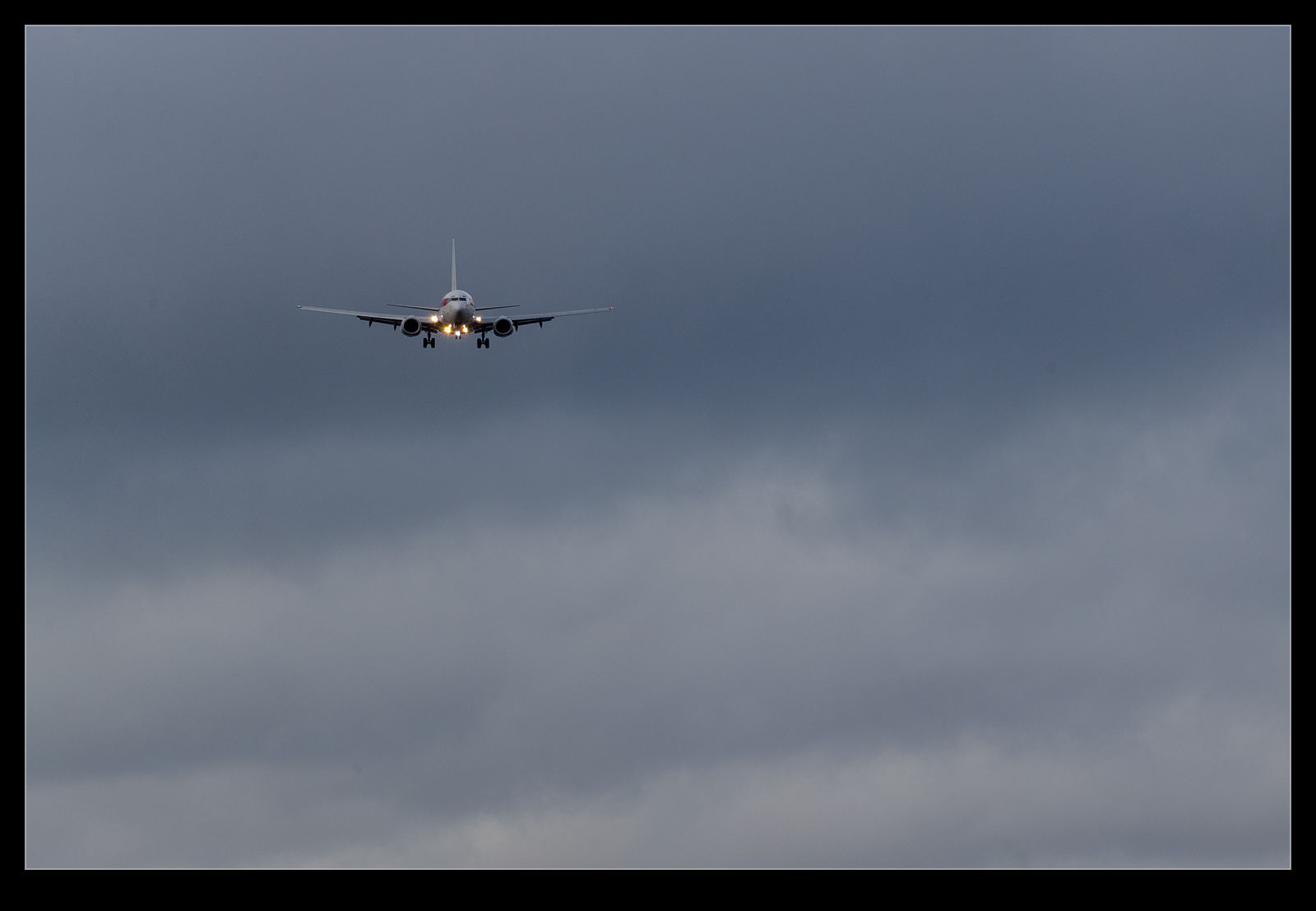 I have shot the Janet 737s at Paine Field in far better conditions but I figured it was worth a quick diversion before heading home.  The wind was very strong and from the southwest.  As the 737 came down the approach, it was pointing in my direction as it compensated for the crosswind.  A short while before it arrived, we had experienced some nice sun poking through the clouds but, sadly, this had gone by the time it arrived so it was dull lighting.  This somehow made the airframe paint seem a little warmer than I recall previously. 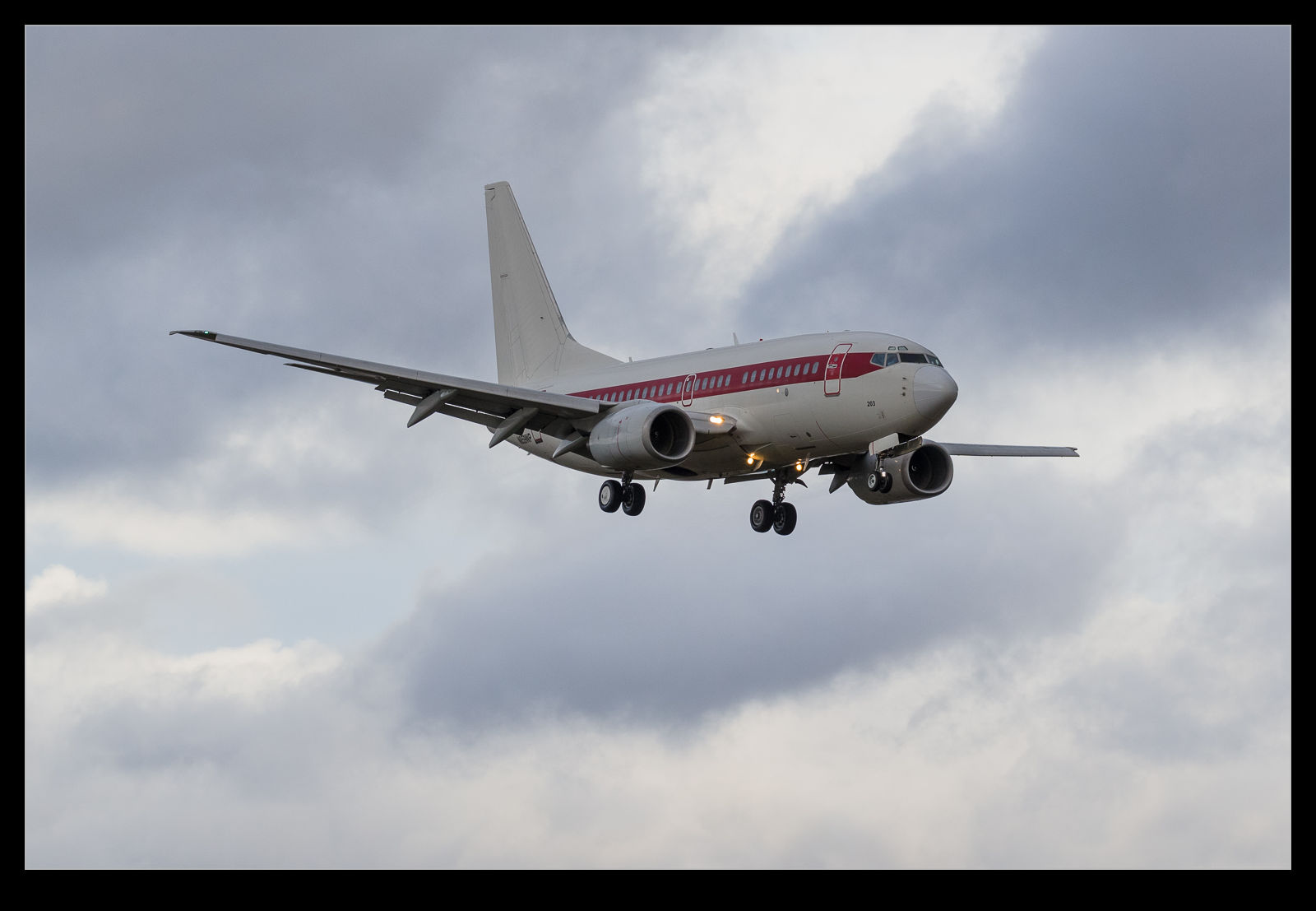