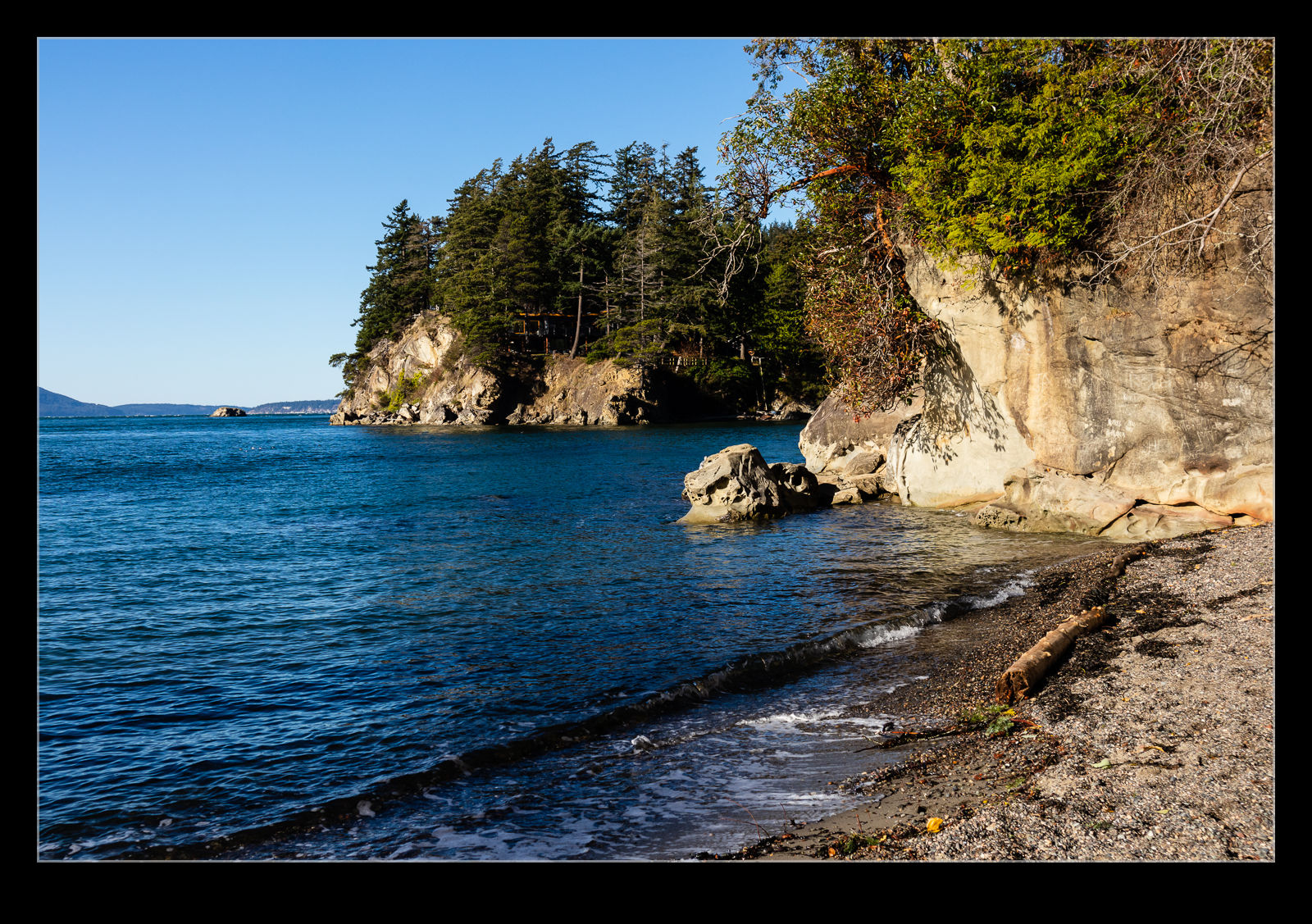 On our drive up the coast towards Bellingham, we were passing Larrabee State Park.  Apparently, this was the first state park in the state of Washington.  We were only making a brief stop so we didn’t get to explore it too fully but we did follow the trails down to the beach.  The first trail we took brought us down to the water’s edge in a little cove.  A few people were there but it was quite sheltered from the wind and seemed very tranquil. 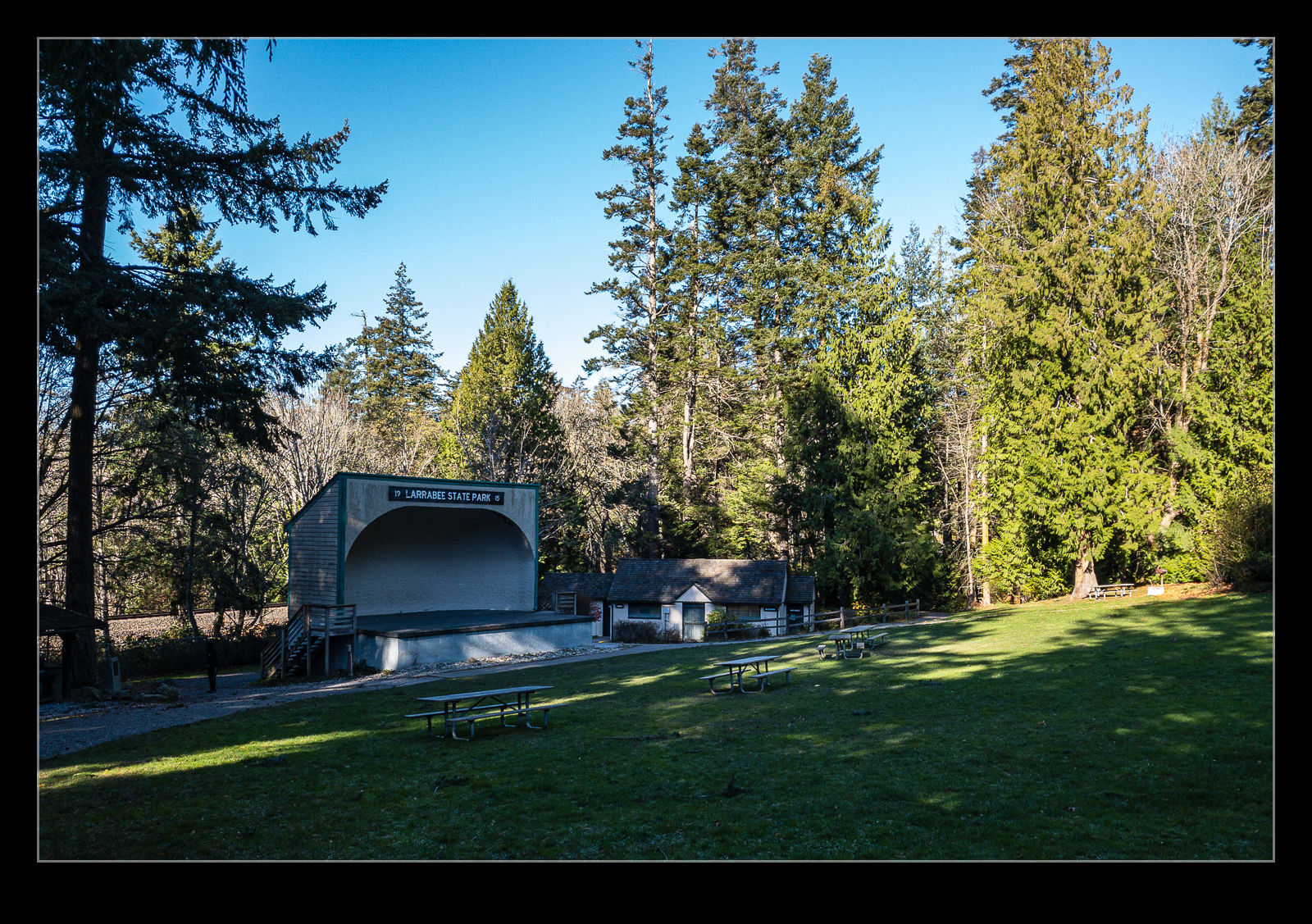 We then reversed course and heading to another part of the shoreline.  This was far more rocky and exposed and also very attractive.  Standing up on the rocky outcrops looking out to see in the sun as the birds wheeled overhead, I could easily have stayed there for a long time.  We also had a good view across the bay to the opposite shore which had some nice looking houses arrayed along the cliff tops.  Some larger building was further up the coast in a prominent location.  We were heading elsewhere, though, so we walked back up through the park, past the stage area and off on the next leg of the journey. 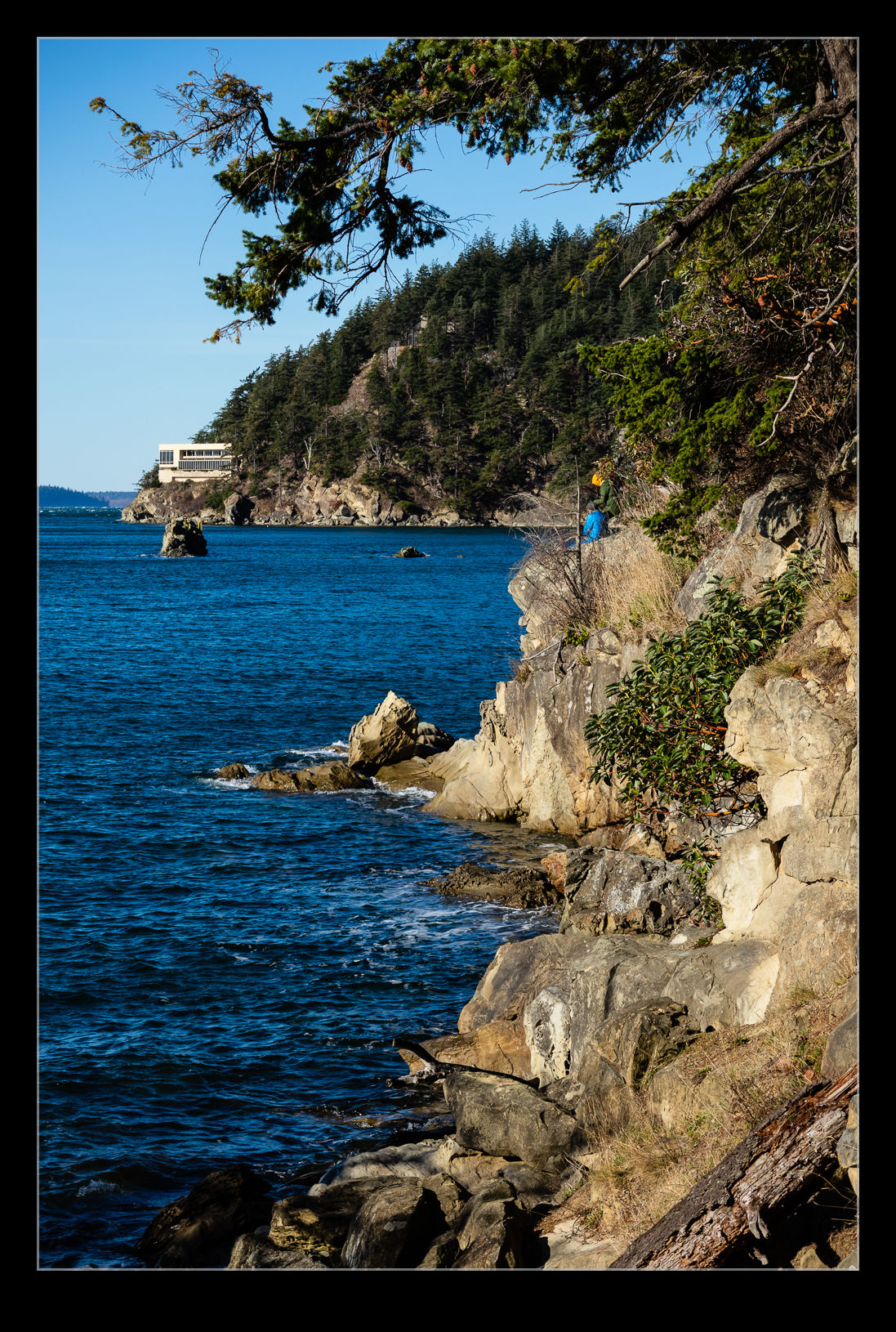 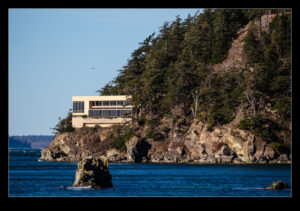 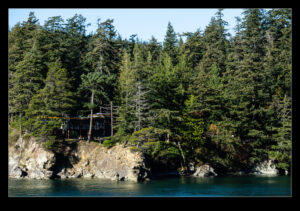