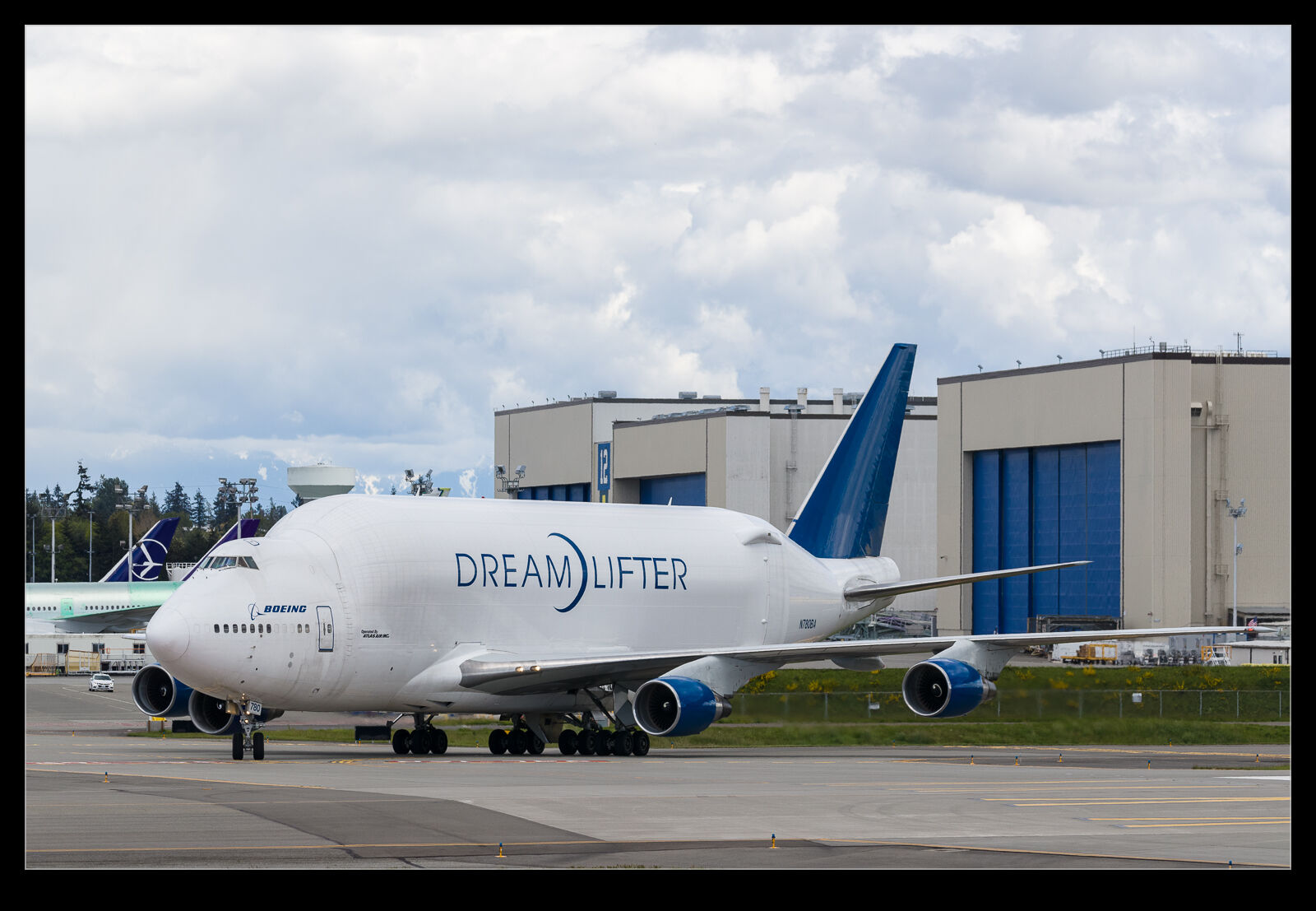 The move to Seattle meant lots of new things to shoot and that includes the Boeing 747-400LCF Dreamlifters.  These transport the components for the Boeing 787s between the production locations and the final assembly lines.  We were sitting indoors one Sunday afternoon when I saw one was inbound to Paine Field.  I figured the light would be okay so I would head out to catch it.  I had a bit of time.  Did I get up there and then or did I mess around for a bit?  You guessed right if you think I was wasting time. 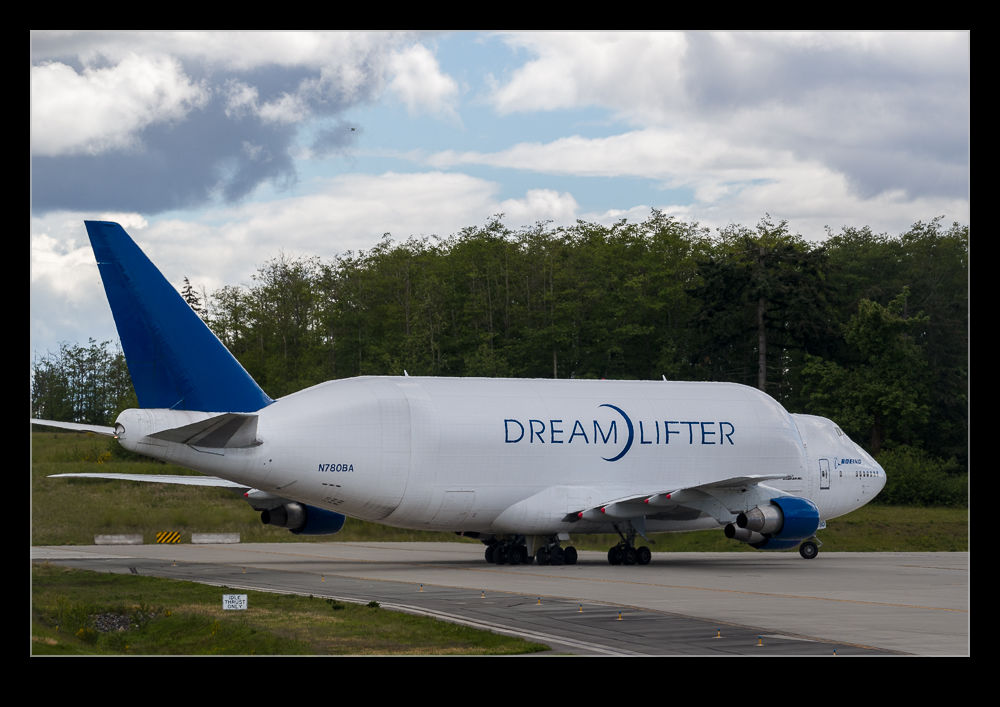 I did finally get going.  I head the scanner on in the car to listen out for it and, sure enough, as I was driving towards the field I heard them call final.  As I got closer, the unmistakable shape of the jet was on short final.  By the time I got there, it was safely on the ground.  Crap!  I was in place for it taxiing back to the base they operate out of.  However, I would have been a lot happier if I had caught it in the air.  Was the other stuff I was doing worth it?  Since I can’t remember what it was, I seriously doubt it. 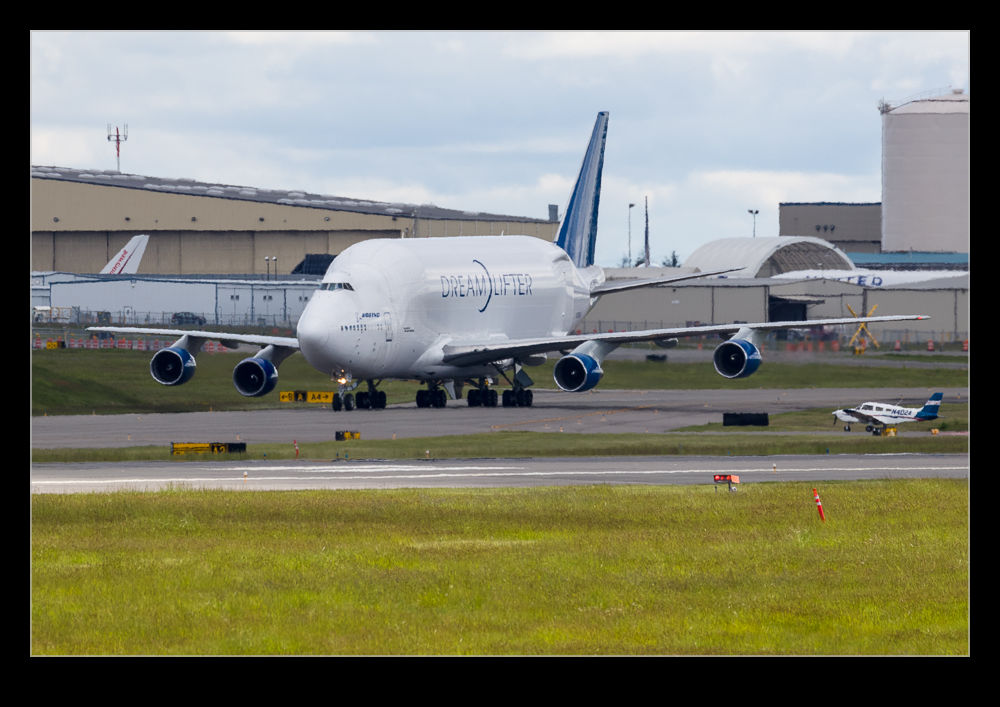 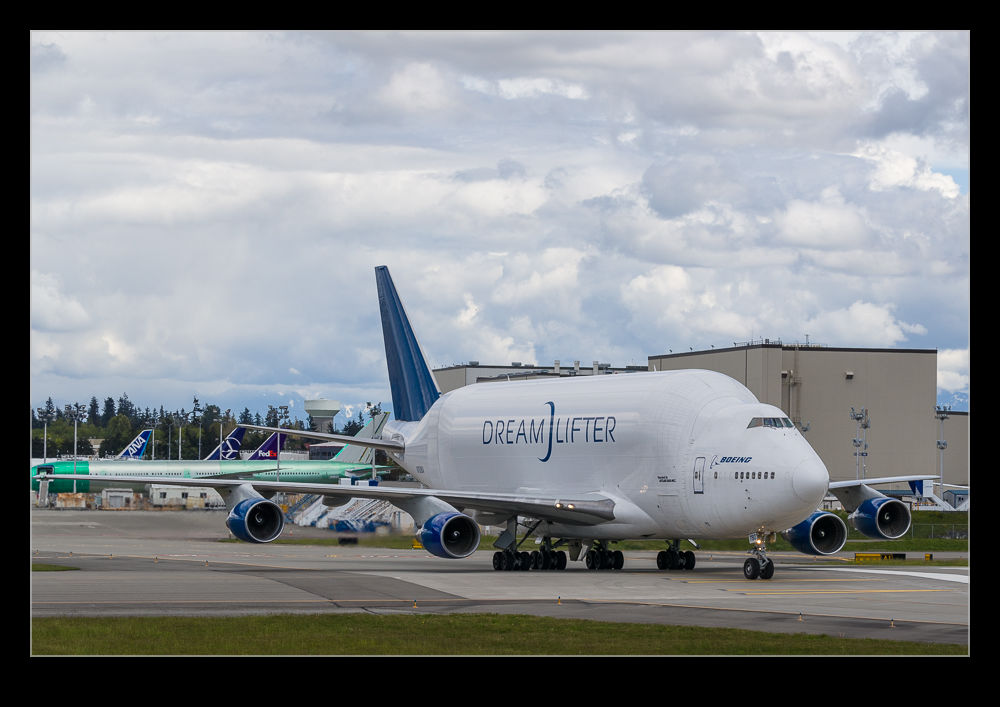