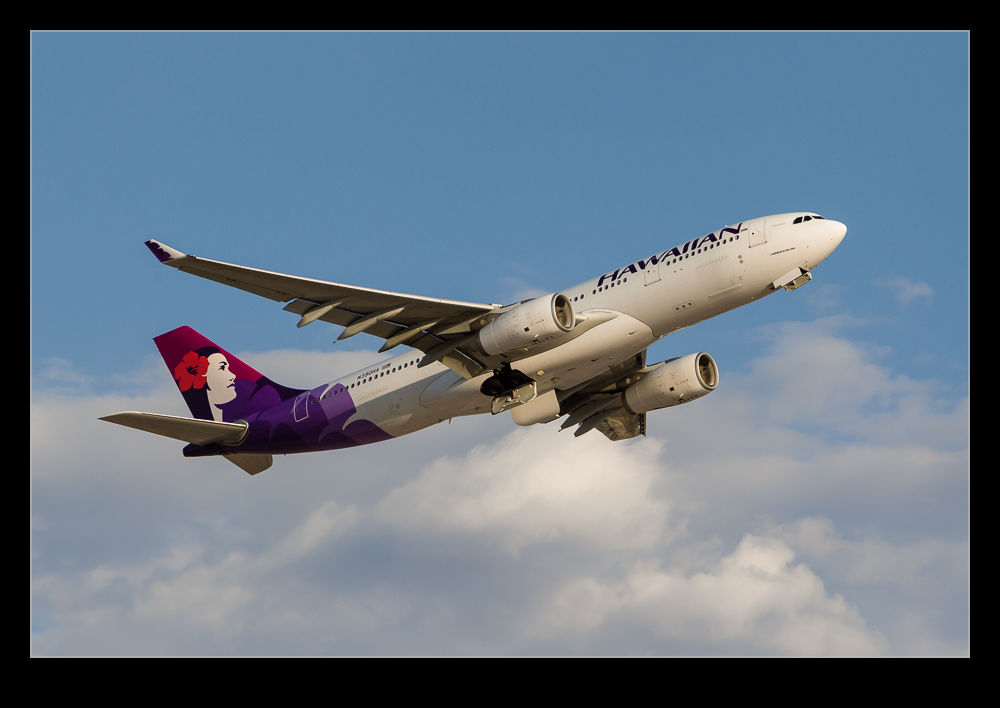 While waiting to get the shot of the Janet flight I posted about previously, there were plenty of other departures from McCarran. The majority of flights were coming out on the westerly runway rather than the one the Janets use so we were not getting the nice topside view of them turning. However, the light was very nice and so a few of them provided interesting targets. The Hawaiian Airbus A330 looked particularly nice but most looked good on those conditions. We were a bit focused on finding out how the Janet was doing so didn’t give them our full attention but some looked too good to ignore.