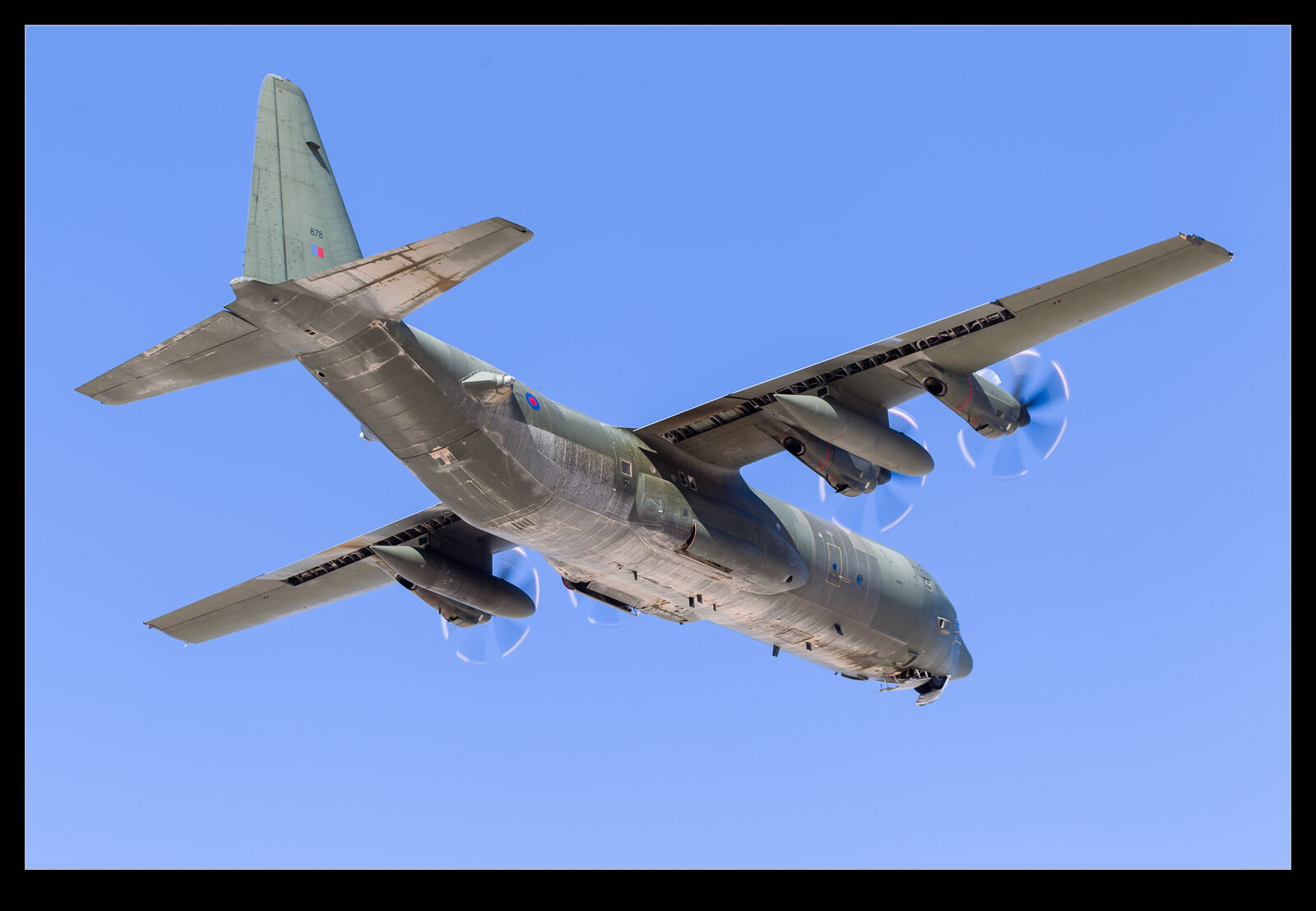 Red Flag may be well known for the fast jet activity but the jets aren’t the only ones that get to play.  The transports also get to have a role.  One of the exercises earlier this year included the U.K. RAF.  They brought along a C-130 Hercules.  I got to shoot it a couple of times.  One thing that was clear as the aircraft took off was that the bottom of the fuselage was very dirty.  I think it was safe to say that it had been landing on some rough strips somewhere out on the range.