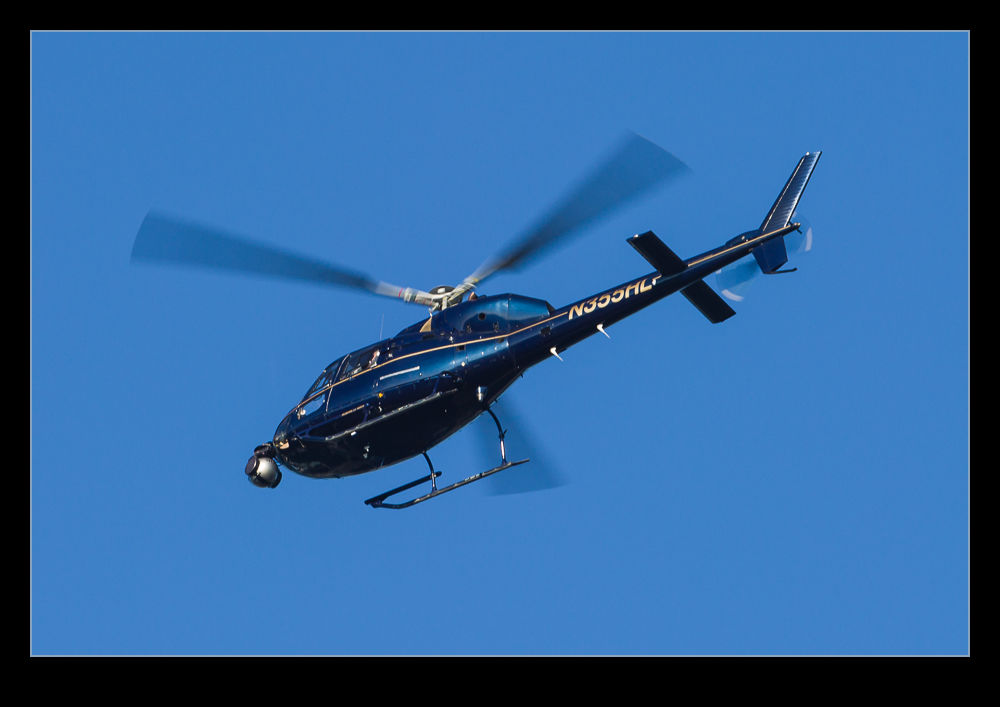 Something I haven’t seen for a while is any filming activity around the city.  We have two big movies being shot in Chicago this summer but I don’t think I have seen anything of them at work yet (unless this is it).  When the filming is underway, you often get a helicopter shooting film from the air.  A turret on the nose holds the camera and the mount is operated by someone inside the helicopter while the pilot positions for the shots that are required. 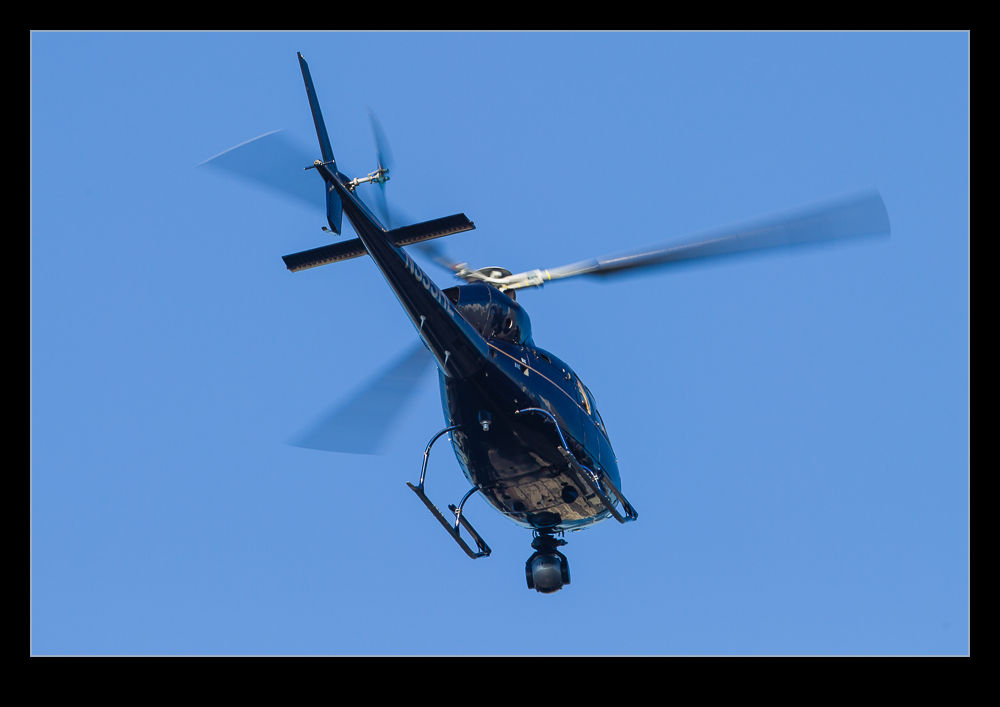 I heard a Eurocopter Astar (Squirrel for non-US readers) flying around (not unusual since the local TV stations use them predominantly) but noticed it was a different aircraft with a more prominent mount.  I have seen this Astar doing filming work in the past but not for a while.  The sun was getting low but I decided to try and grab some shots as it came around. 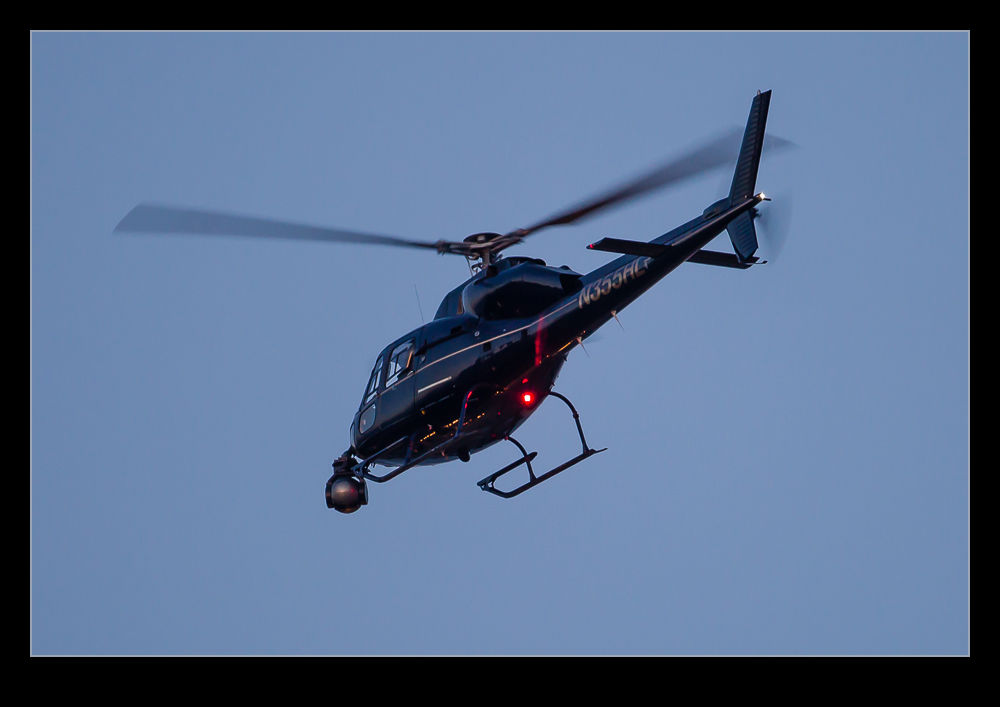 Of course, just as I did this, it made a couple more passes and then left.  However, it did return later.  By now the light was getting very low.  I suspect the shots he was getting of the city looked great but it was getting tricky to get anything good of him.  However, it is always fun to try. 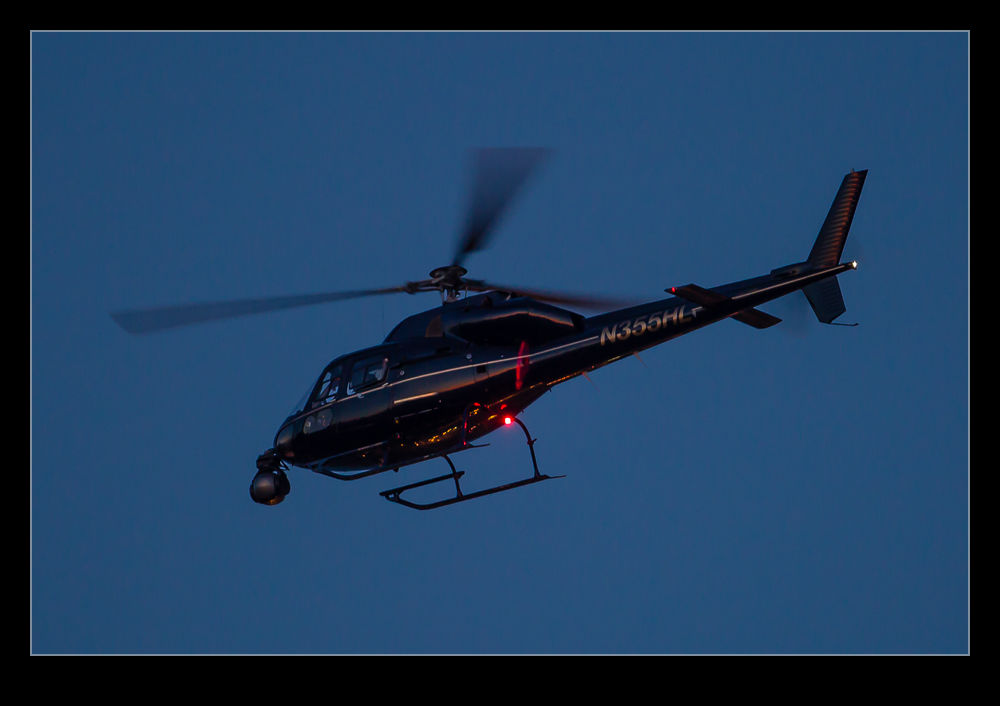