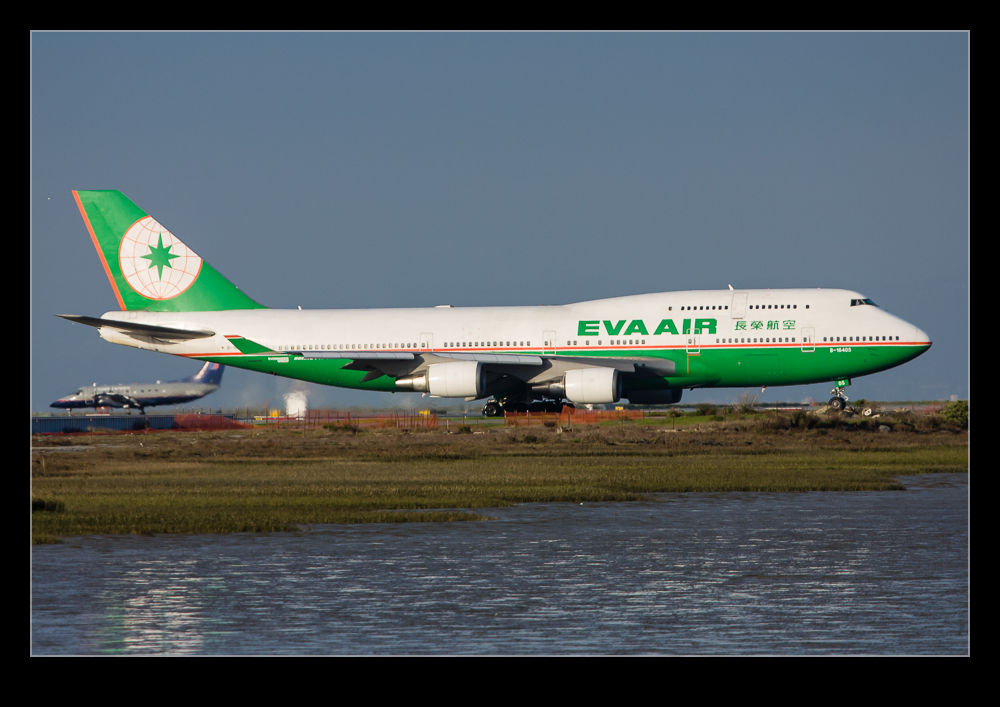 I have documented the demise of some of the fleets of Boeing 747s as airlines progressively send their planes to a new owner or a recycler.  The latest airline to join the trend is EVA Air.  Based in Taiwan and owned by the Evergreen shipping line, the airline was originally launched under the Evergreen name.  However, there was another airline called Evergreen at that time so they had to change the name to EVA Air.  Now Evergreen have gone bust, I guess they could change their name but at this point there seems little reason to do so. 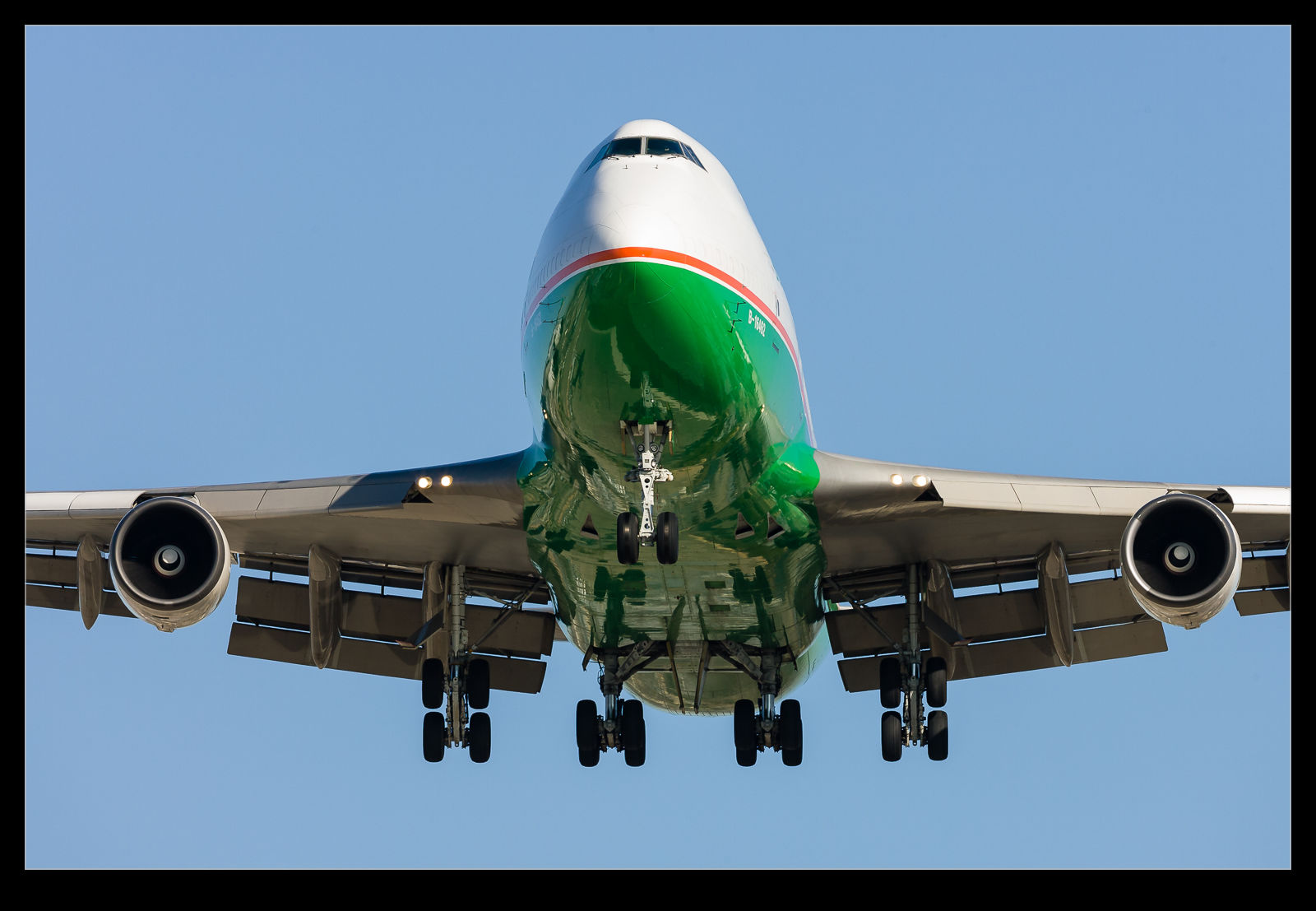 I don’t know whether the retirement of the 747s includes from the freight services or whether it is just passenger use but I suspect the latter.  These shots are just of the passenger jets that I have seen over the years.  They have been harder to see as the 777-300ERs took on more of the routes and now they will be harder still! 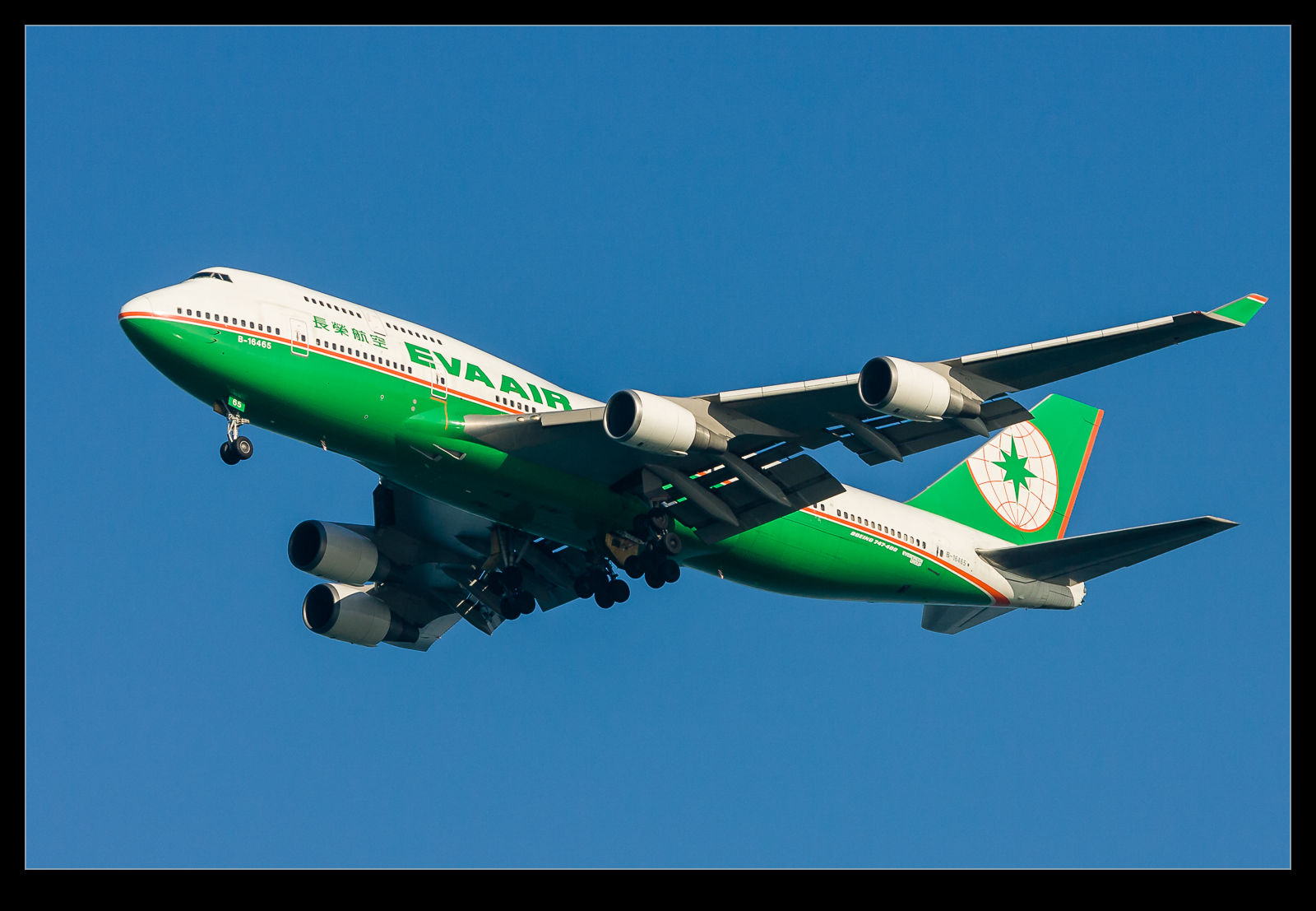