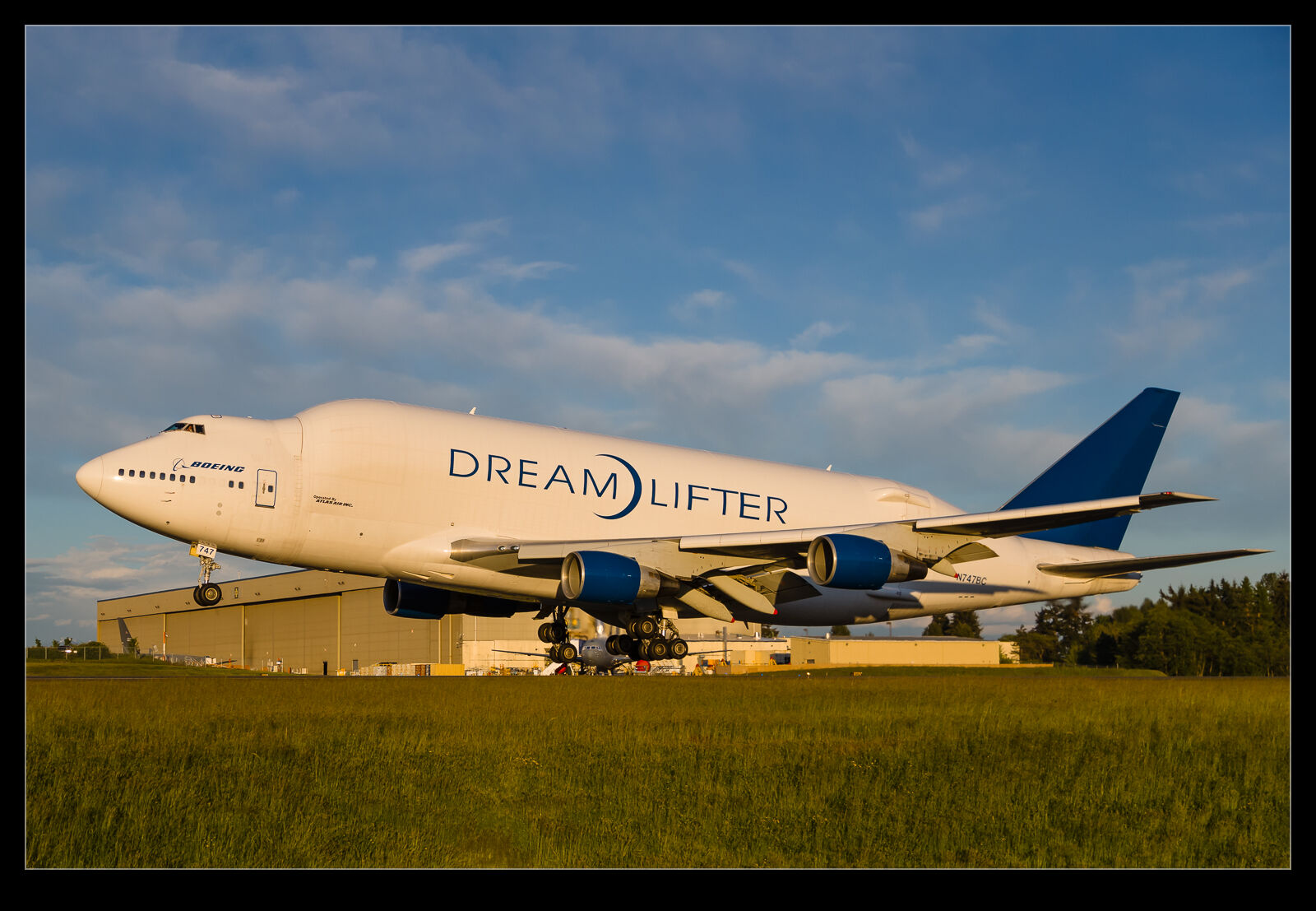 This is my first shoot of a moving plane that wasn’t taken from my yard since the virus shelter at home started.  With a slight relaxation of the state rules, I saw that a Dreamlifter was due in to Paine Field from Charleston.  It was due to arrive some time after 8pm.  With the sundown not long before 9 and the weather looking lovely (unlike the forecast for the rest of the week), it seemed like the light would be very good.  I have got a lot of Dreamlifter shots at this point so, if it had been anything other than shortly before sunset, I wouldn’t have thought of going.  With this light, though, why not. 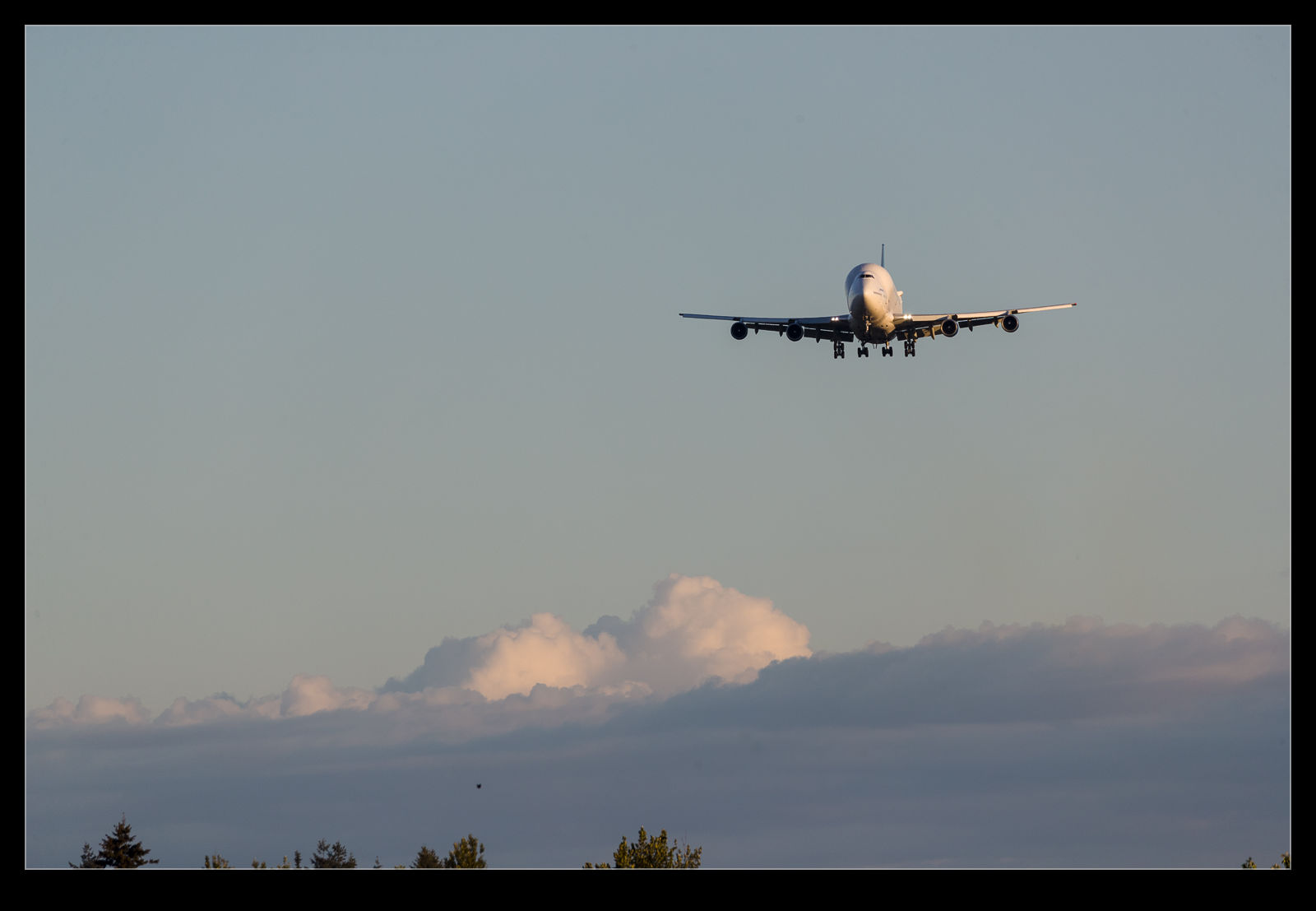 I was tracking it on two services and they showed rather different arrival times.  I got there with some margin just in case but, even so, the jet was already getting ready to turn downwind when I pulled up.  The arrival procedure takes a while so it wasn’t a rush, but I should probably have added a little time.  The sky was so clear you could see the jet flying the approach from miles out.  As it turned to final, the low light angle even picked out the texture on the side of the jet!  The air was still so you could hear it from a long way out too.  After all that, it was suddenly so close and touched down just a little away from my spot.  Time to pack up and head home. 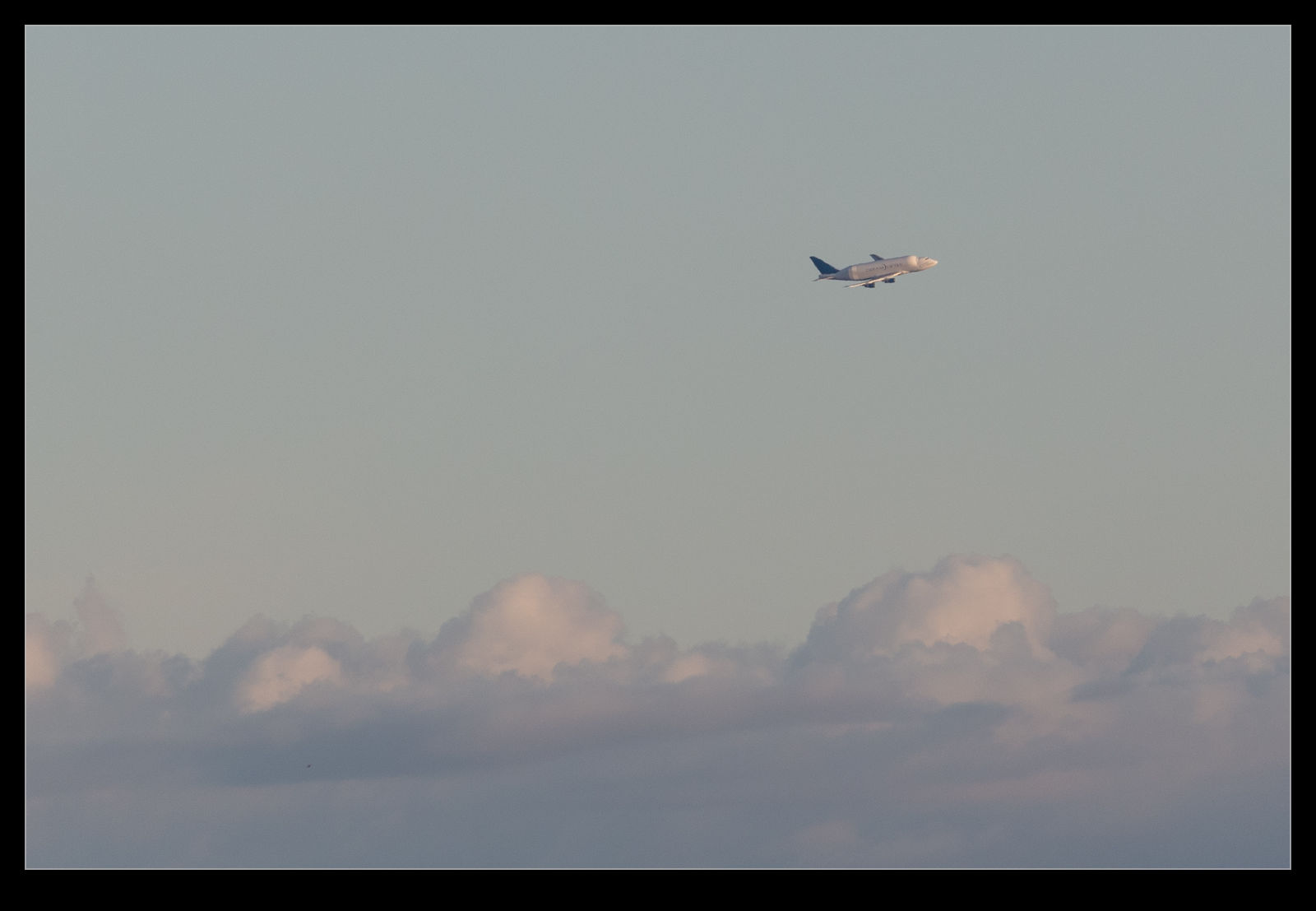 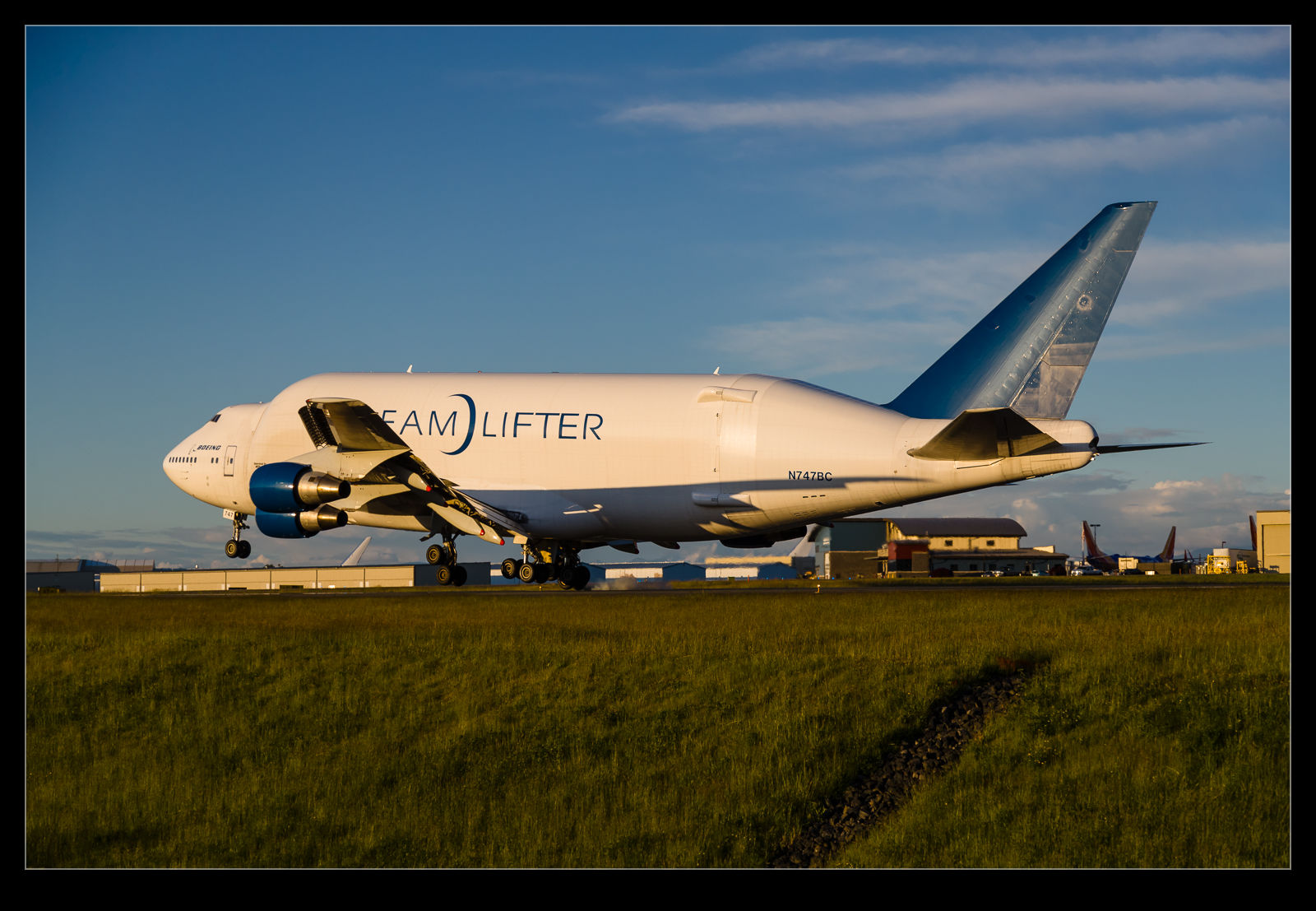 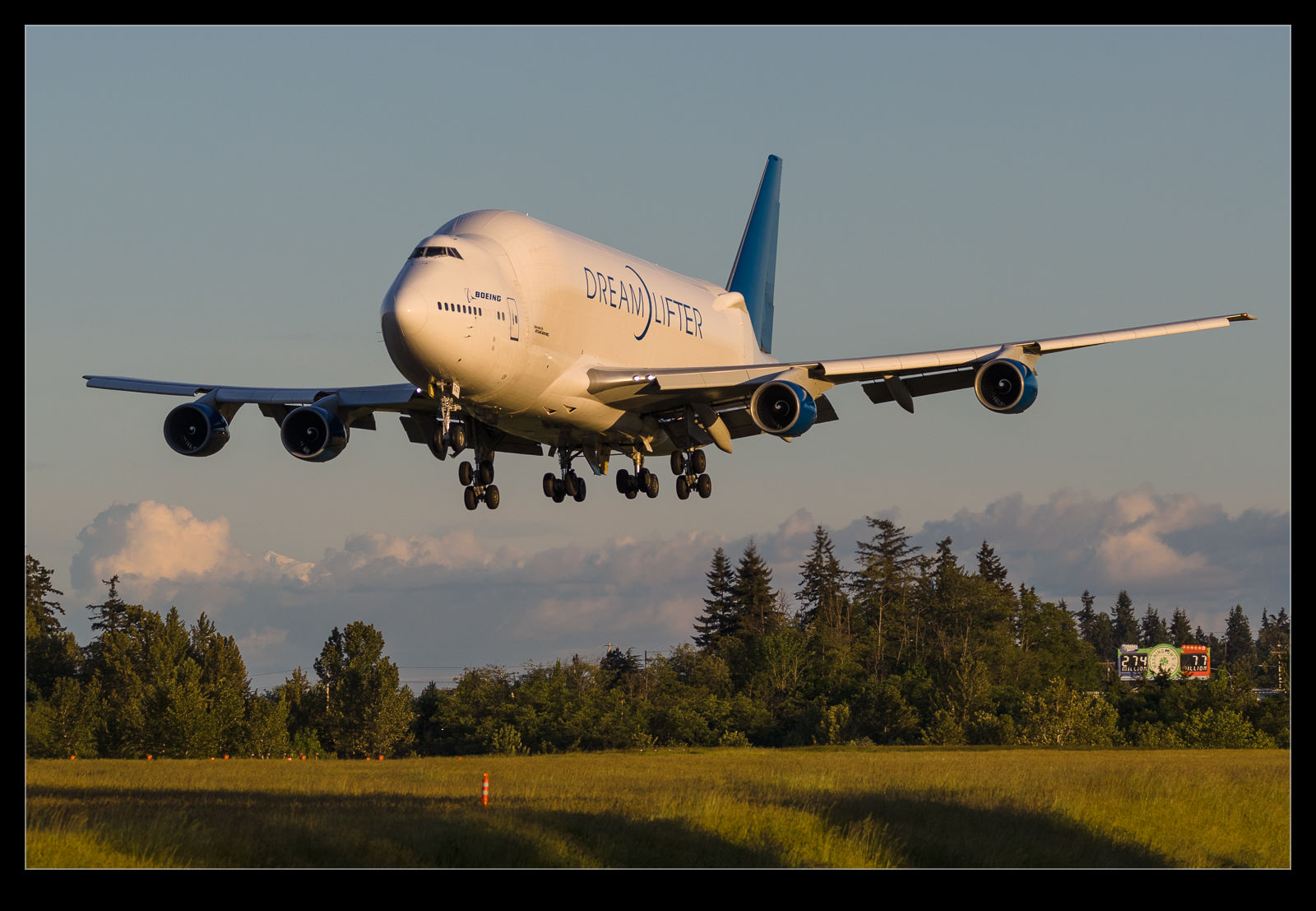