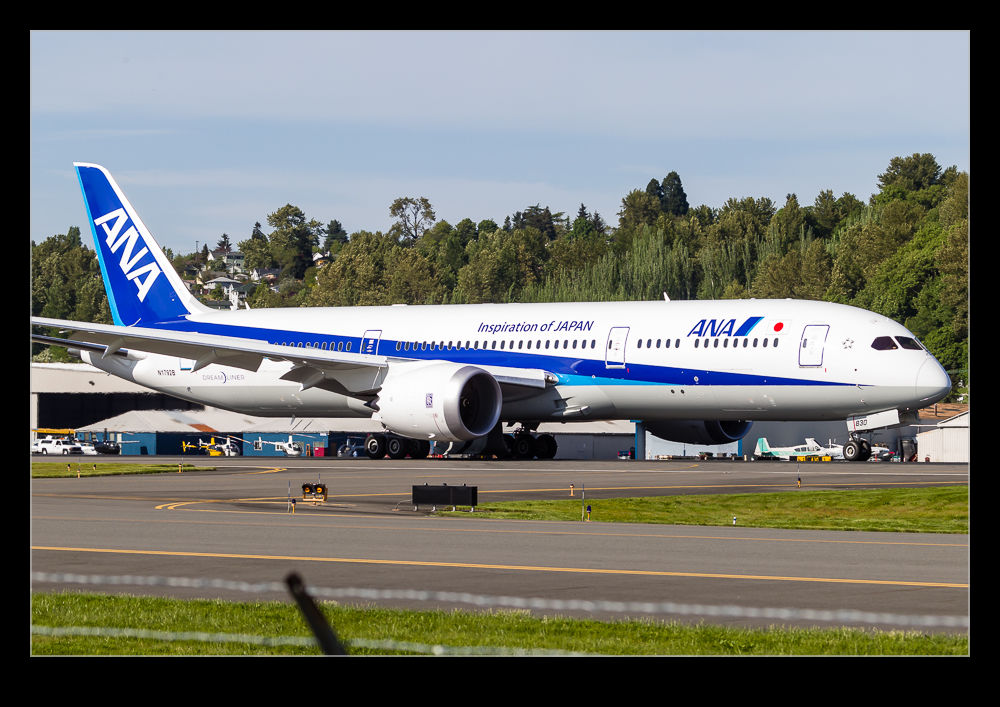 One evening I arrived at Boeing Field to see what was moving. Just as I got there, a 787 was rolling out on landing. Since the wind was in the opposite direction to my previous visit, I didn’t see it land but it rolled down to our end of the field. Interestingly, the gear doors were down and the RAT was deployed. These RAT is usually tested on early production test flights so I suspect this was the reason but the gear doors being down is one that had me wondering. The aircraft, which was finished in the livery of All Nippon Airways, taxied off the runway and turned on to the taxiway where it promptly shut down. It hadn’t even straightened up and the nosewheel was still at an angle. I have no idea whether this is normal practice or if something unusual had happened. 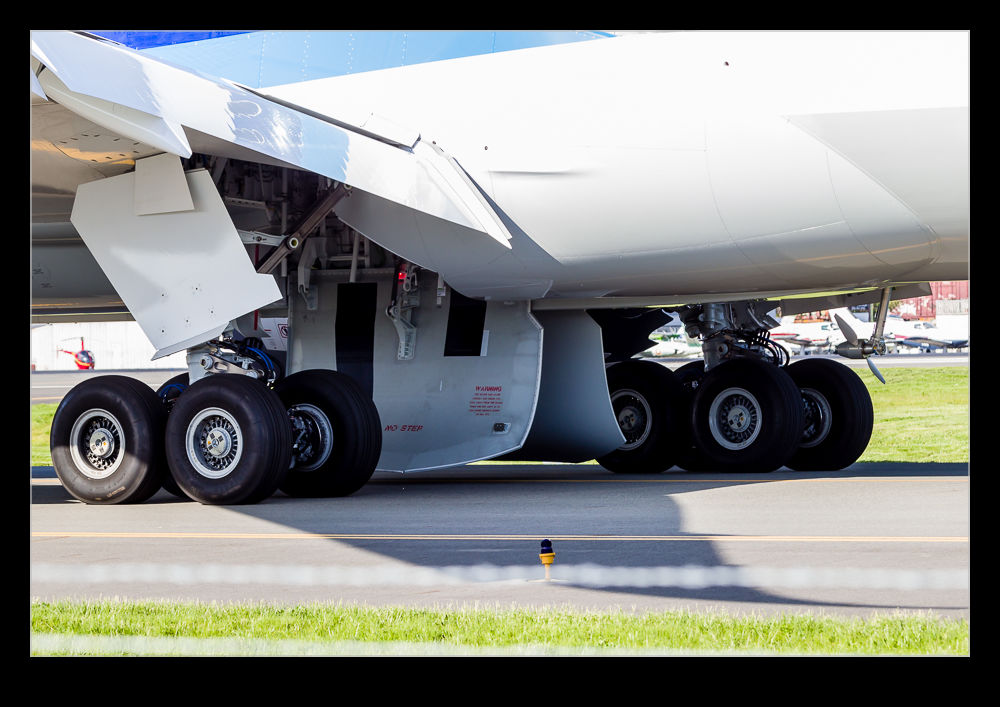 Whatever the reason, it sat there for quite a while until a Boeing team showed up to recover it. Interestingly, they brought an ambulance with them although there didn’t appear to be any need for one. This could also be a standard procedure or maybe something unusual had occurred. I doubt I will ever know. In all of this time, it never occurred to me that this would be other than a regular production 787. However, checking into this later, this was in fact one of the 787-9 and so something new for me. In truth, it wasn’t entirely new. The previous evening one of the dash 9 test aircraft had come back in while I was there so this trip got me my first two airborne dash 9s. I had seen a test aircraft on the ground before but that seems like a bit of a cheat in comparison.