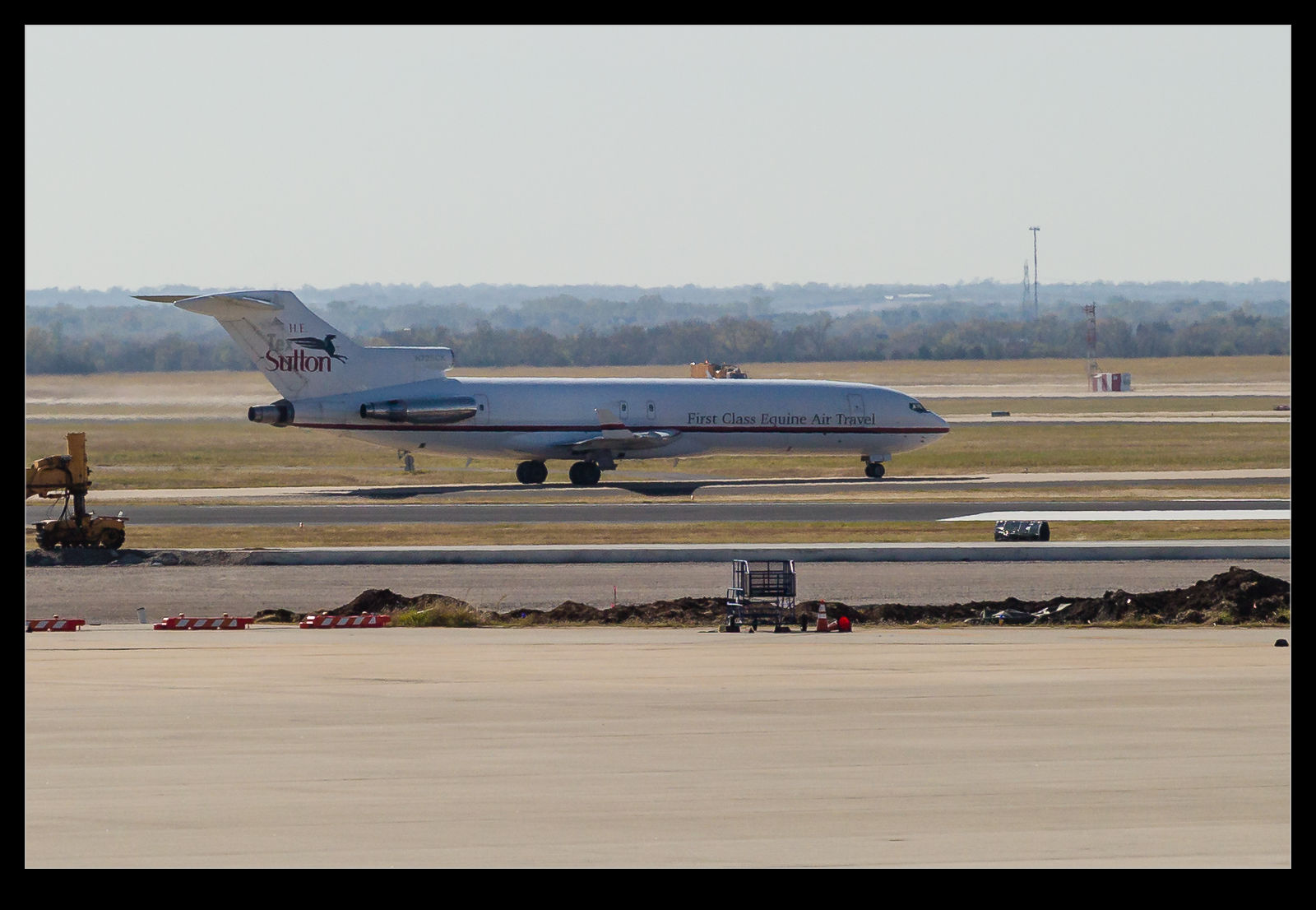 It’s not often that you see a Boeing 727 in service any more. There was a time when FedEx were still using them in substantial numbers. Now you are most likely to see a FedEx machine parked up since most airports seem to have acquired one of them somehow! Finding one actually in use is a far less common occurrence. However, they are still out there and every once in a while, you will get lucky.

I was in Oklahoma City heading home after some meetings when I glanced out of the window and saw a 727 taxiing past the terminal. It caught me out and it took a moment to get a camera out by which time it was a bit further away than was ideal but I did manage to grab a couple of shots. I was hoping that it was taxiing for departure so I would have a second opportunity as it took off but I guess it had just arrived and was heading to the ramp to park. It had text on the side suggesting it was for transporting horses. I had previously seen a similar jet at Van Nuys a few years ago. This time I only got some rough ground shots but any active 727 is worth noting these days.