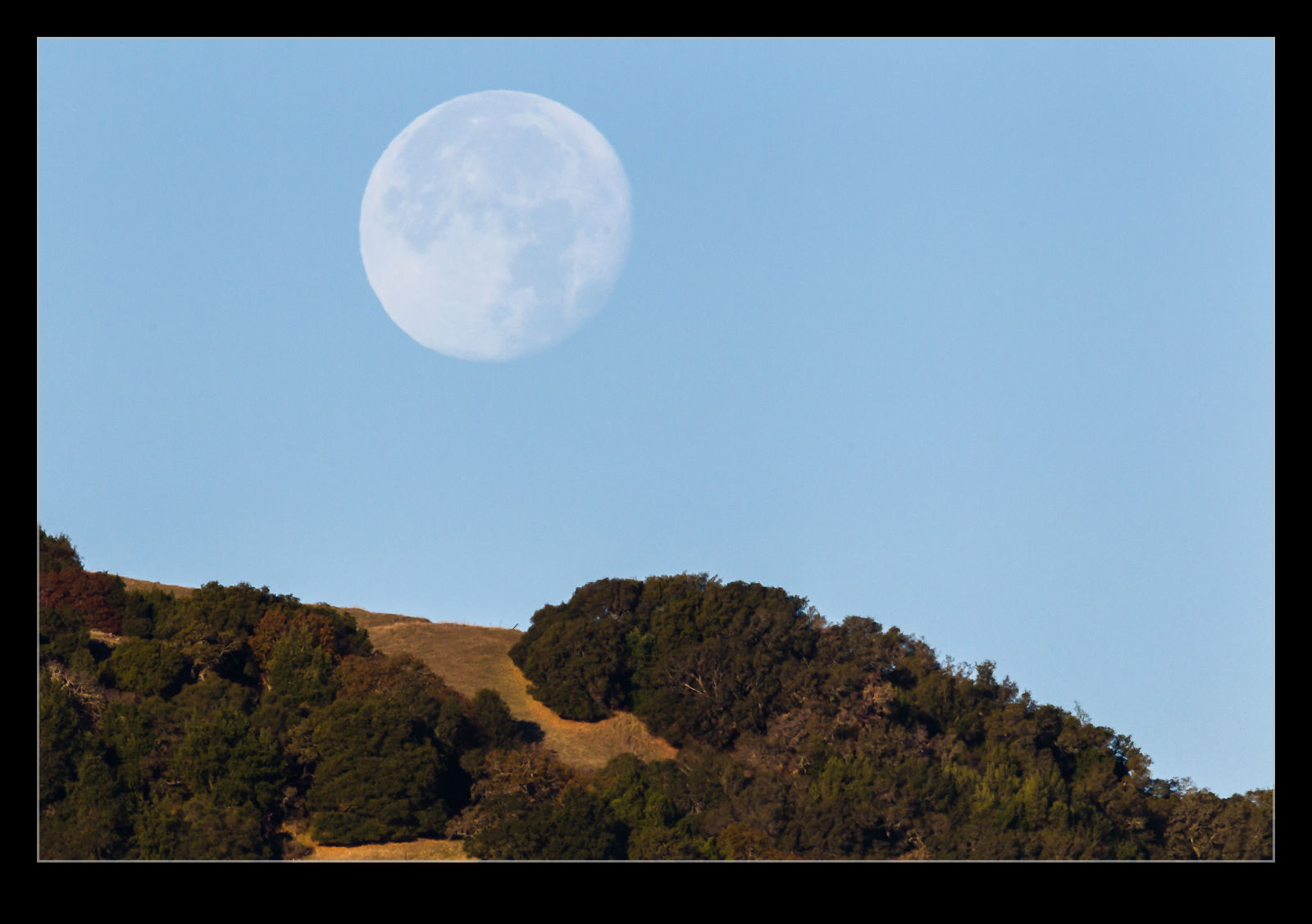 We live to the east of some hills that border the San Francisco Bay area. On a number of occasions when I have been heading to the bay, I have seen the moon setting over the hills and thought that it would make a good shot. Of course, at those times I either don’t have the camera or I am not in a position to take a picture. I regularly use an app on my phone called The Photographer’s Ephemeris that gives information on sun and moon angles for any location. The shot I was after was to have the full moon setting behind the hills just after sunrise with the early light on the hill tops. 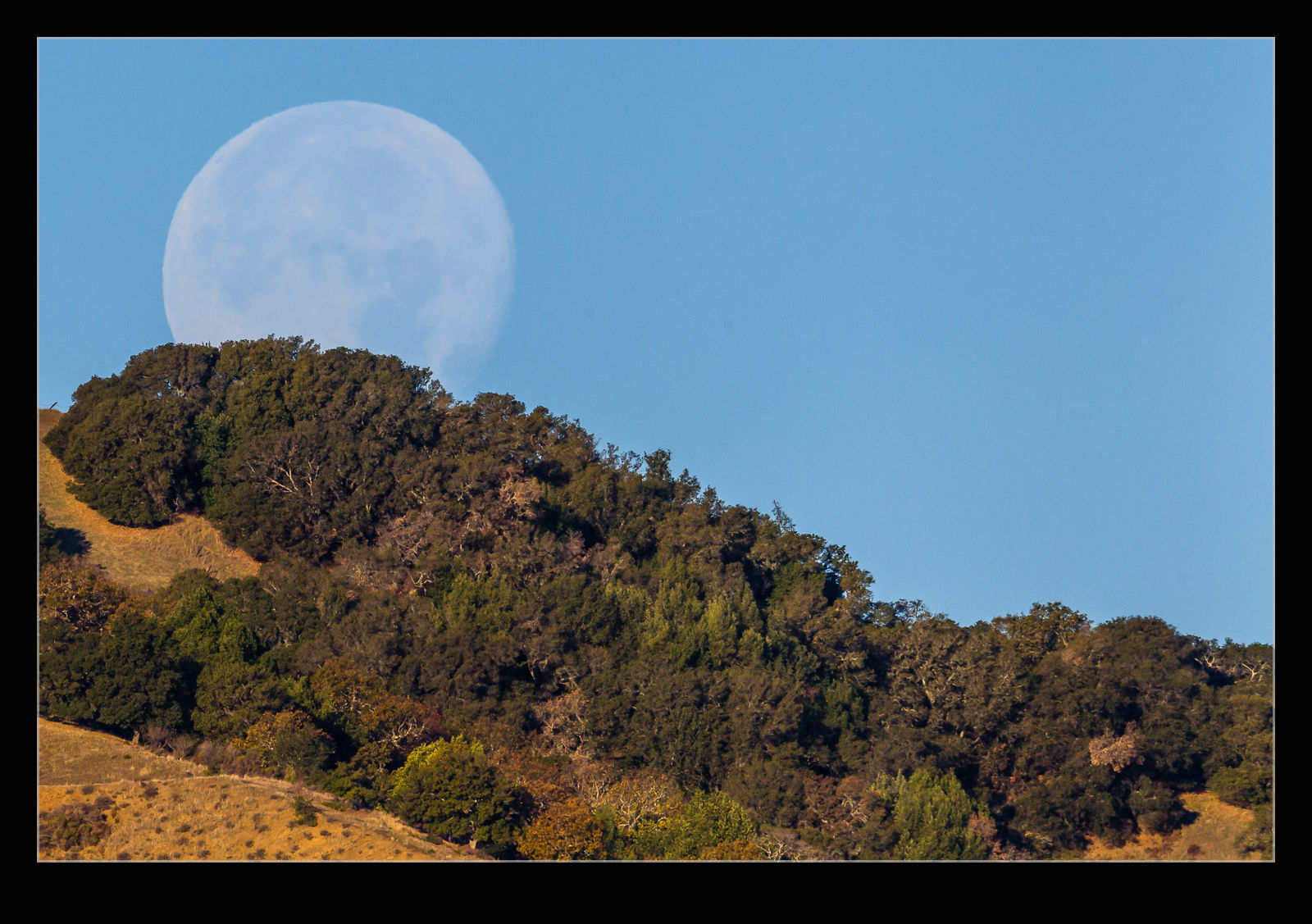 This happens once a month but having it occur when I am not constrained by work requirements is a different thing. It turned out, though, that the combination I was after was going to occur on the morning of Thanksgiving. Excellent. Of course, did I remember to set an alarm? Nope. I woke up and realized I had missed it. The following day the conditions were similar but an hour later. I decided to give it a go anyway. The result is not quite what I wanted but it is okay. However, the sun was way too high by the time the moon hit the tops of the hills. I will definitely try and do this again some time. 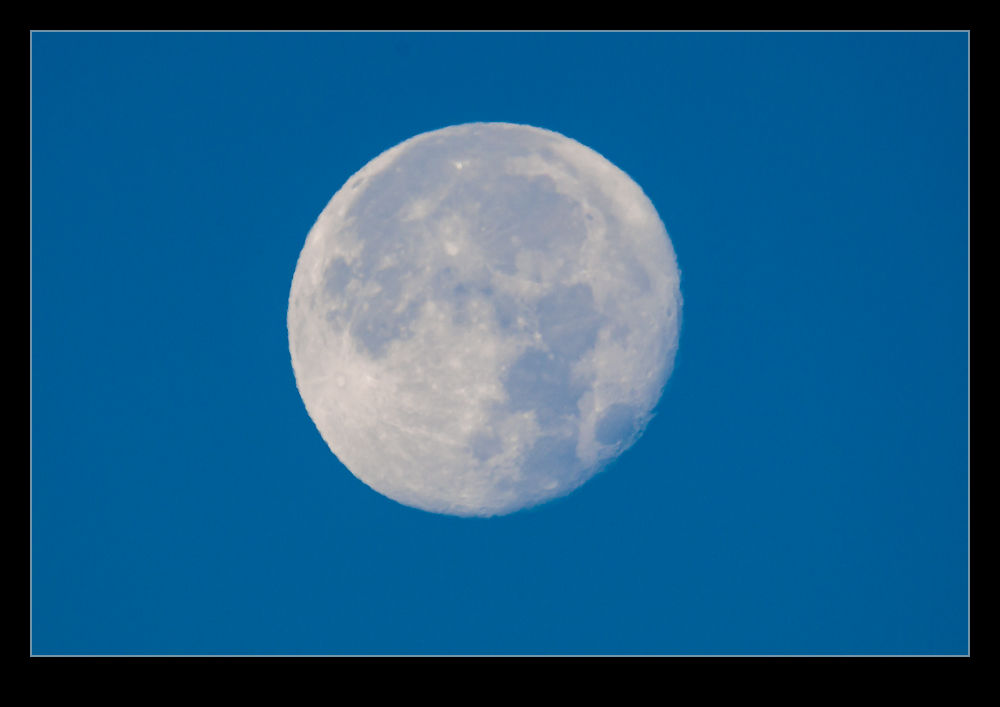