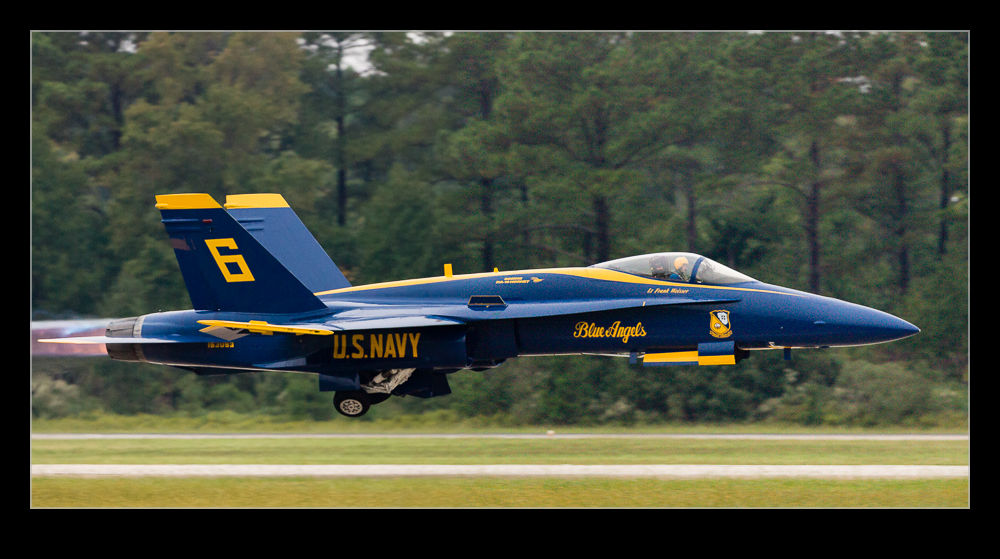 I have only been to the Oceana show once.  I headed down there with my friends Ben and Simon.  We weren’t terribly lucky with the weather.  There was flying during the show but things were overcast and deteriorated as the show went on.  The finale of the show was, naturally for a big Navy base, the Blue Angels.  I was shooting with a 1D Mk IIN in those days and that was a camera that was not happy at high ISO settings.

The problem was, the light was not good and the ISO needed to be cranked up a bit.  Amusingly, if you were shooting today, the ISO levels would not be anything that caused concern.  Current cameras can shoot at ISO levels without any noise levels that would have been unthinkable back then.  However, I did learn something very important with this shoot.  The shot above is one that I got as one of the solo jets got airborne.  I used it as a test for processing. 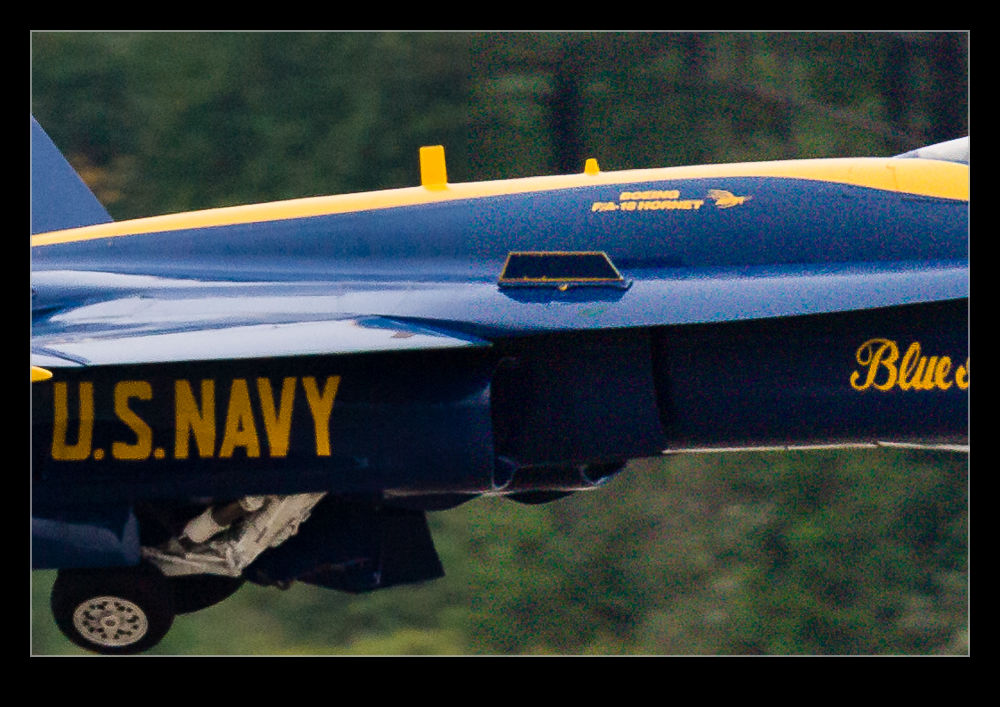 I processed two versions of the image, one with a lot of noise reduction dialed in and one with everything zeroed out.  I think combined them in one Photoshop image and used a layer mask to show one version in one half of the image and the other for the second half.  When I viewed the final image on the screen, the noise in one half was awfully apparent.  It was a clear problem.  However, I then printed the image.  When I did so, things were very different.  If you looked closely, you could see a little difference.  However, when you looked from normal viewing distances, there was no obvious difference between the two.

My takeaway from this is that viewing images on screens has really affected our approach to images.  We get very fixated on the finest detail while the image as a whole is something we forget.  We print less and less these days and the screen is a harsh tool for viewing.