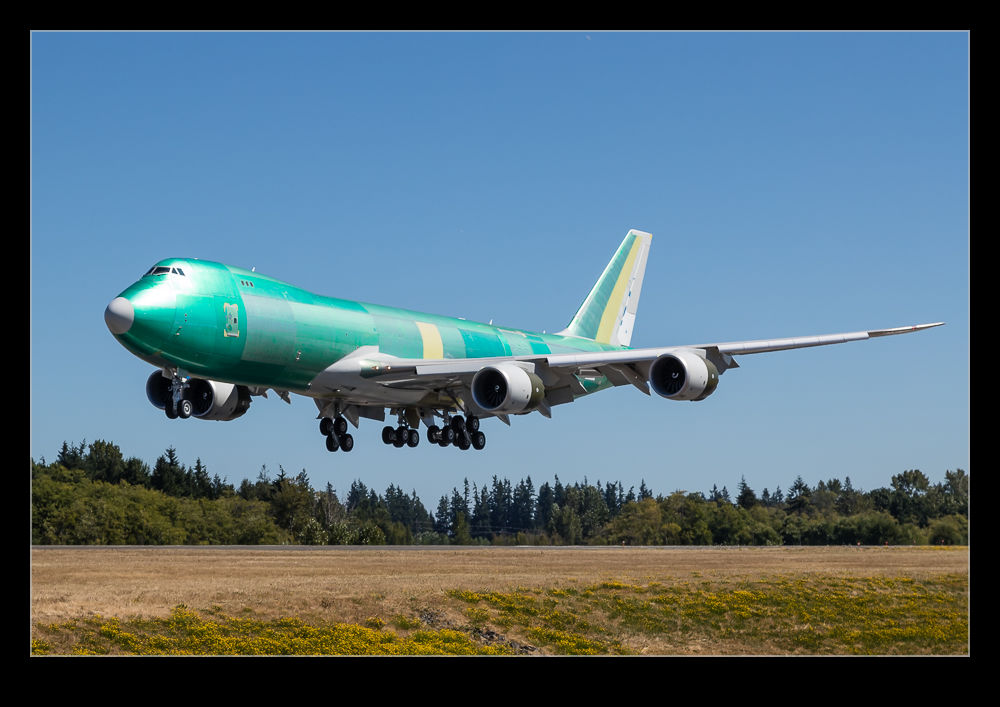 A primer finish on a jet looks a lot more dramatic in sunny conditions.  The green finish of the protective film is quite reflective so the sun really makes the plane shine.  This 747-8F freighter was carrying out some production test flying from Everett during a visit.  I was getting ready to leave when it came in so I got a bunch of shots.  As I was driving away, I heard the sound of a jet and it turned out the plane had landed, turned around and taken off in the opposite direction. 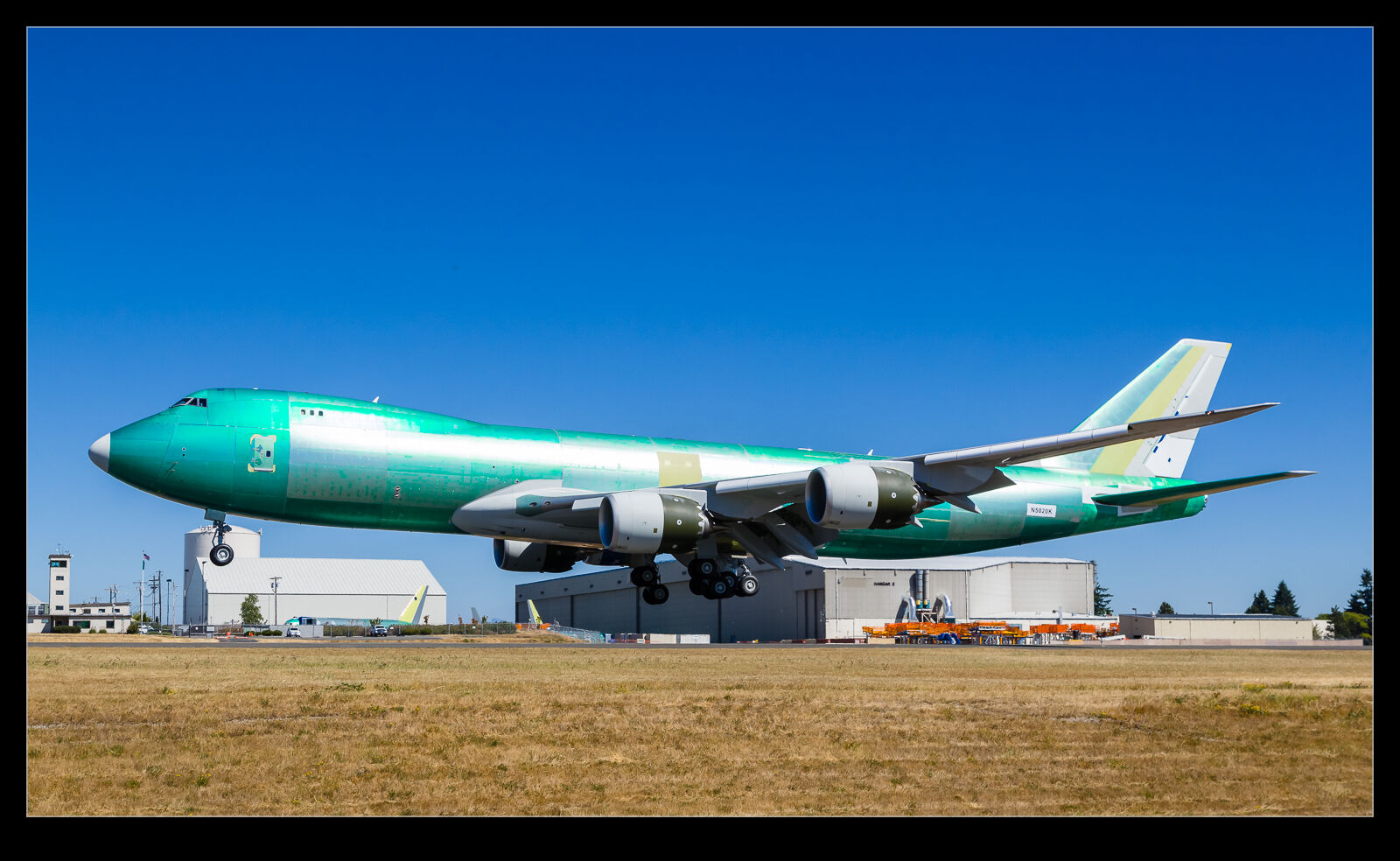 I was a bit annoyed as I saw it climb and turn pretty sharply – I assume it was lightly loaded.  Then it became apparent it was going to make a teardrop turn and come back in to land again.  Since I was now on the road home, I pulled off into a parking lot somewhere close to the line of the approach path and got the camera back out.  Into view it came and flew across right ahead of me.  I got a few extra shots.  Not the dramatic climbing turn but still a nice to have addition. 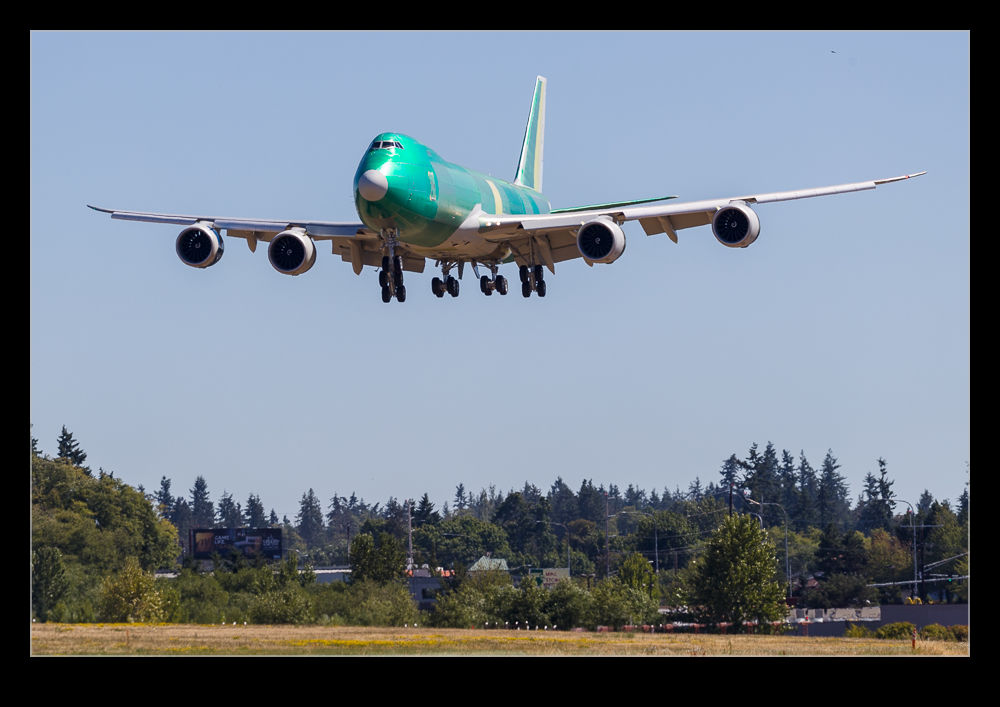 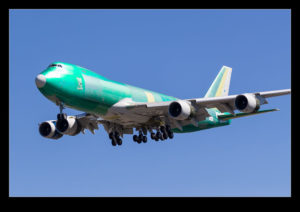 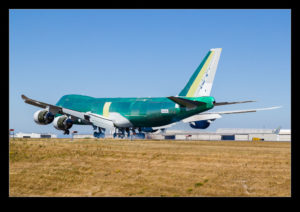