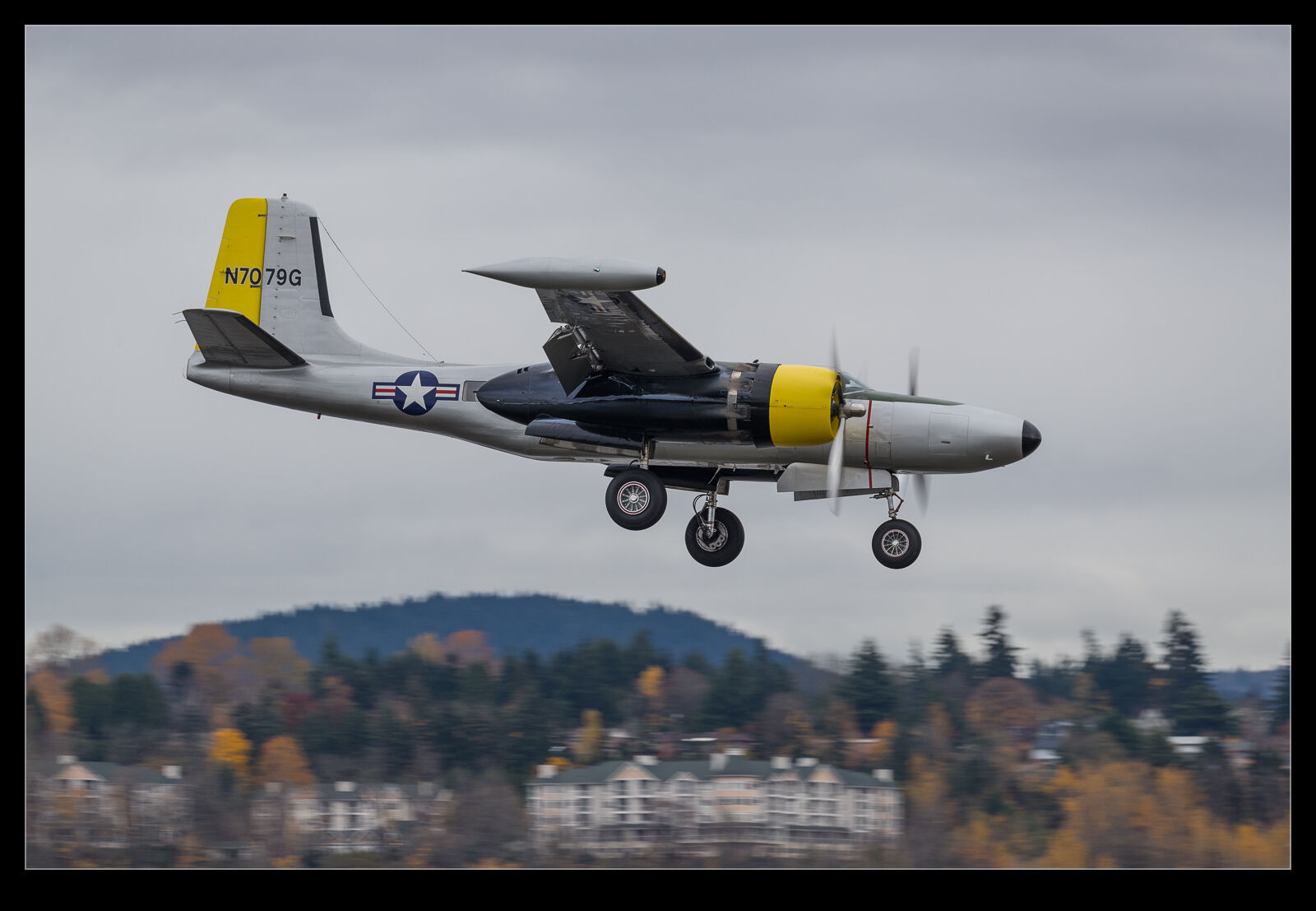 Aside from my two HondaJets and a little other traffic, things were not looking too busy at Boeing Field.  I was contemplating my next move when I glanced at FlightRadar and saw a Douglas A-26 was flying over Seattle.  This is one that is based at Renton and used as a personal transport by the owner.  I have never seen it in action before.  Consequently, I was quite excited.  At first, I thought it looked like it was turning towards Boeing Field which would have been handy but then it headed north up towards the San Juan Islands. 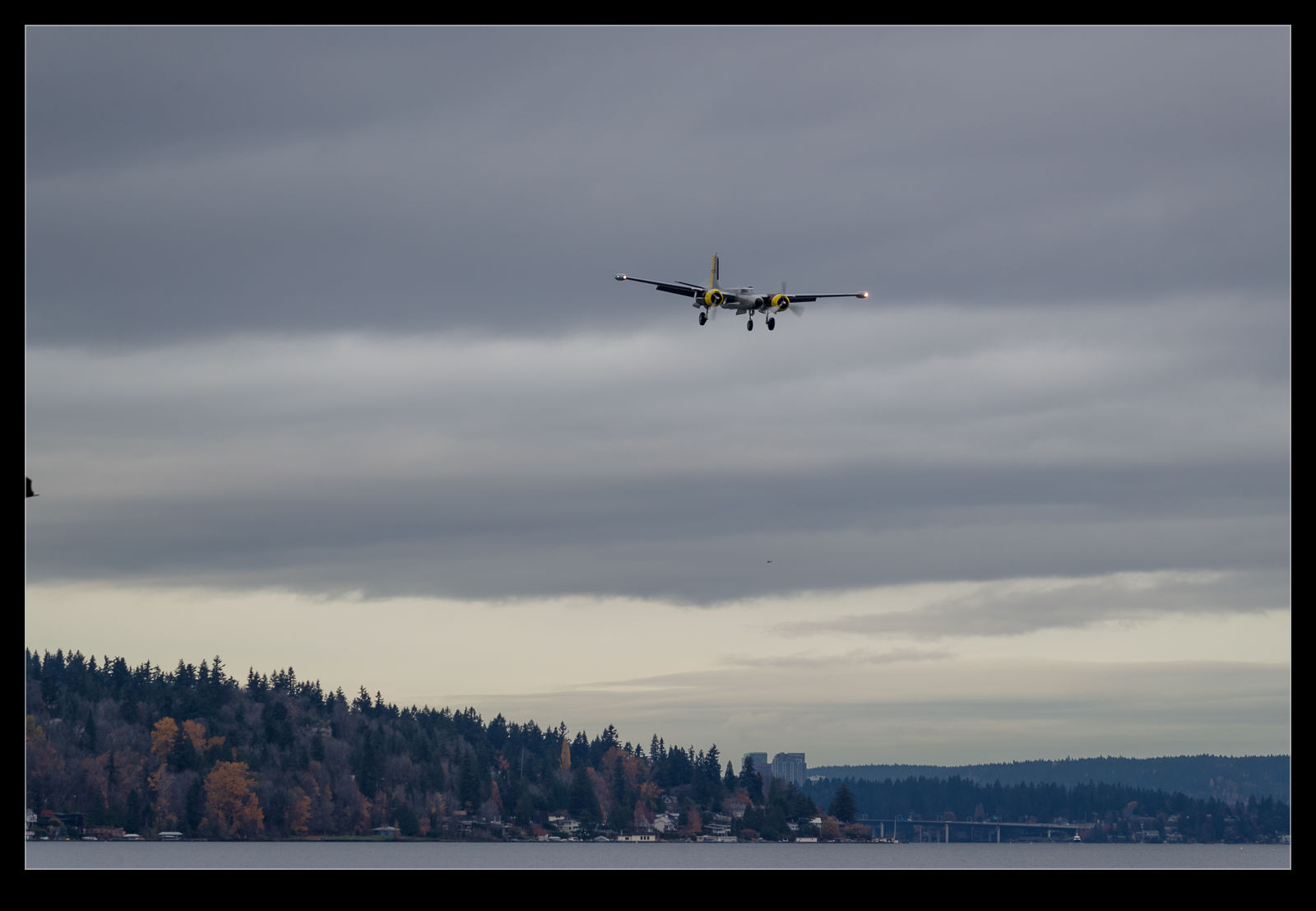 I figured that, even if it was landing up there, it would be coming back to Renton later on so headed off in that direction to work out what flow the pattern was using.  The A-26 had departed over the lake to the north but all of the movements now seemed to be from the north so I figured it would come in from that direction.  No chance of shooting it from above at the overlook point at the south end but still plenty of options. 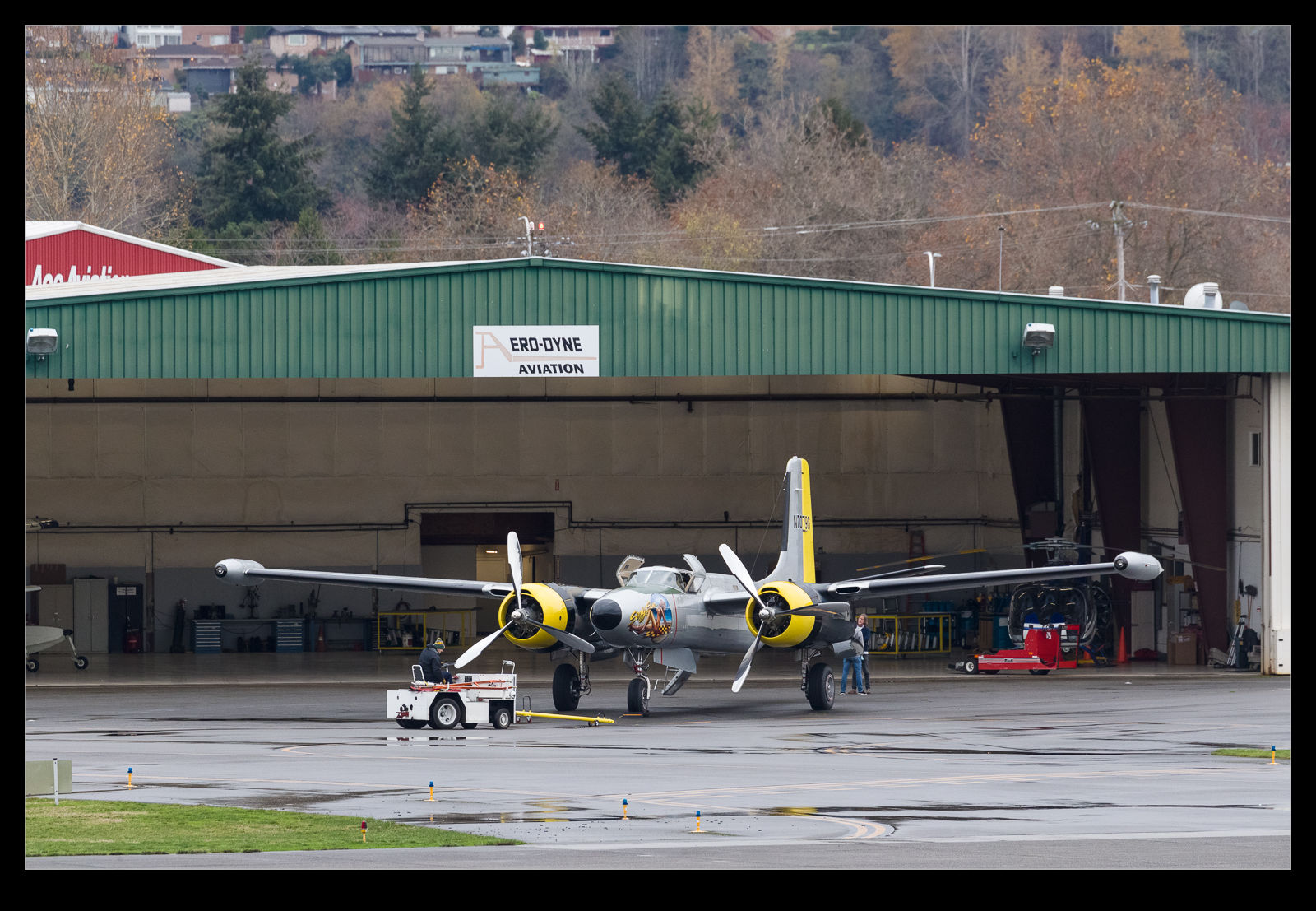 Unfortunately, they have closed off part of the park at the north end of the field and erected fencing.  This takes away an area of higher ground which gives a good view of the threshold.  However, with a couple of Cessnas bashing the circuit, I was able to see roughly what would be good and what wouldn’t.  A check on FlightRadar showed that they had finished flying around the San Juans and were coming back over the city. 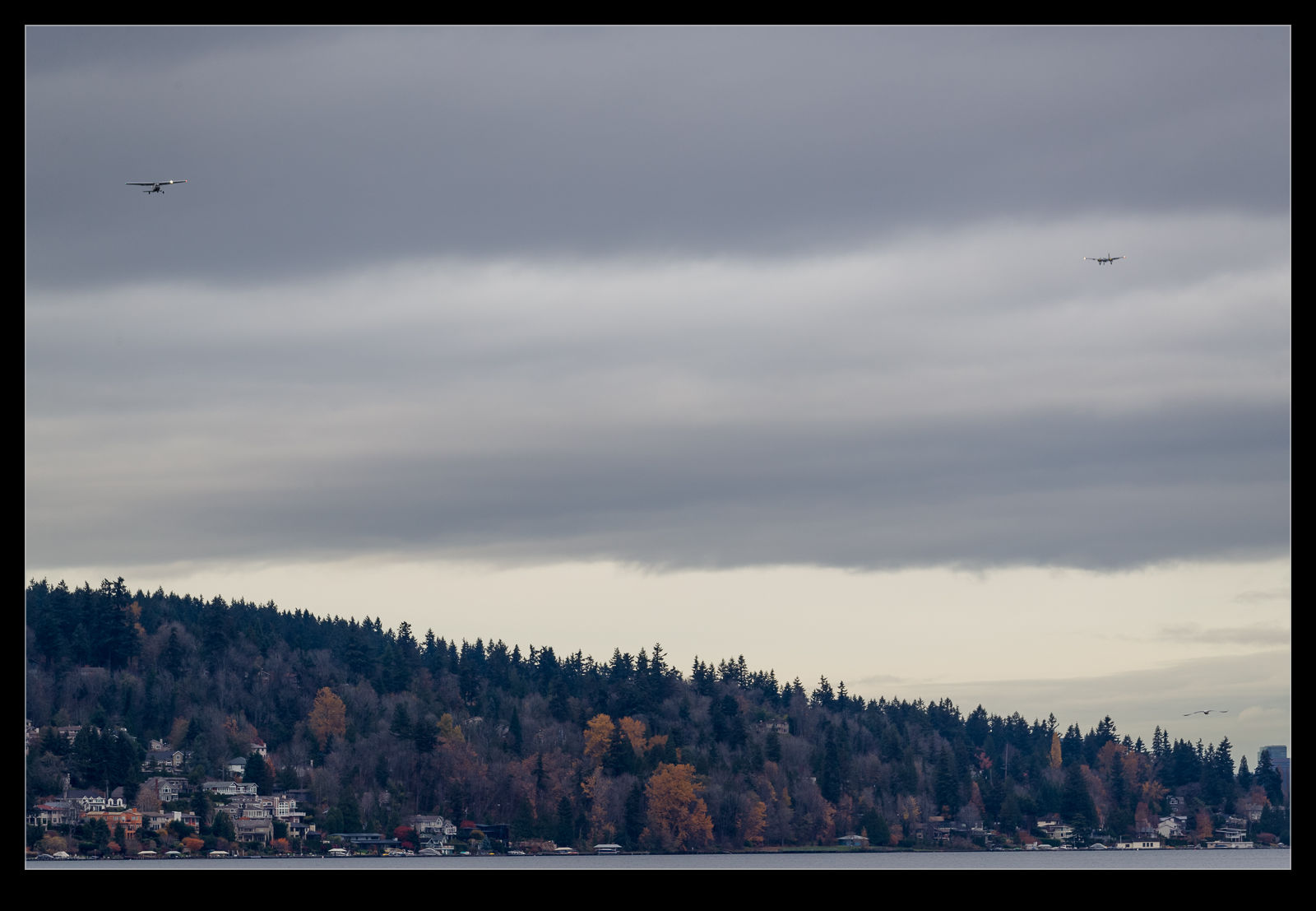 They followed the water from the coast in to Lake Washington and I thought would be coming straight for me.  However, they continued over Bellevue instead.  I wondered if they were off somewhere else but soon they had turned back and were heading for Renton.  Looking up the lake, I could pick them out a long way out, long before they had even configured for landing.  With the fall foliage still evident on some of the shorelines, it made for quite a nice shot – something that wouldn’t have been the case at the other end. 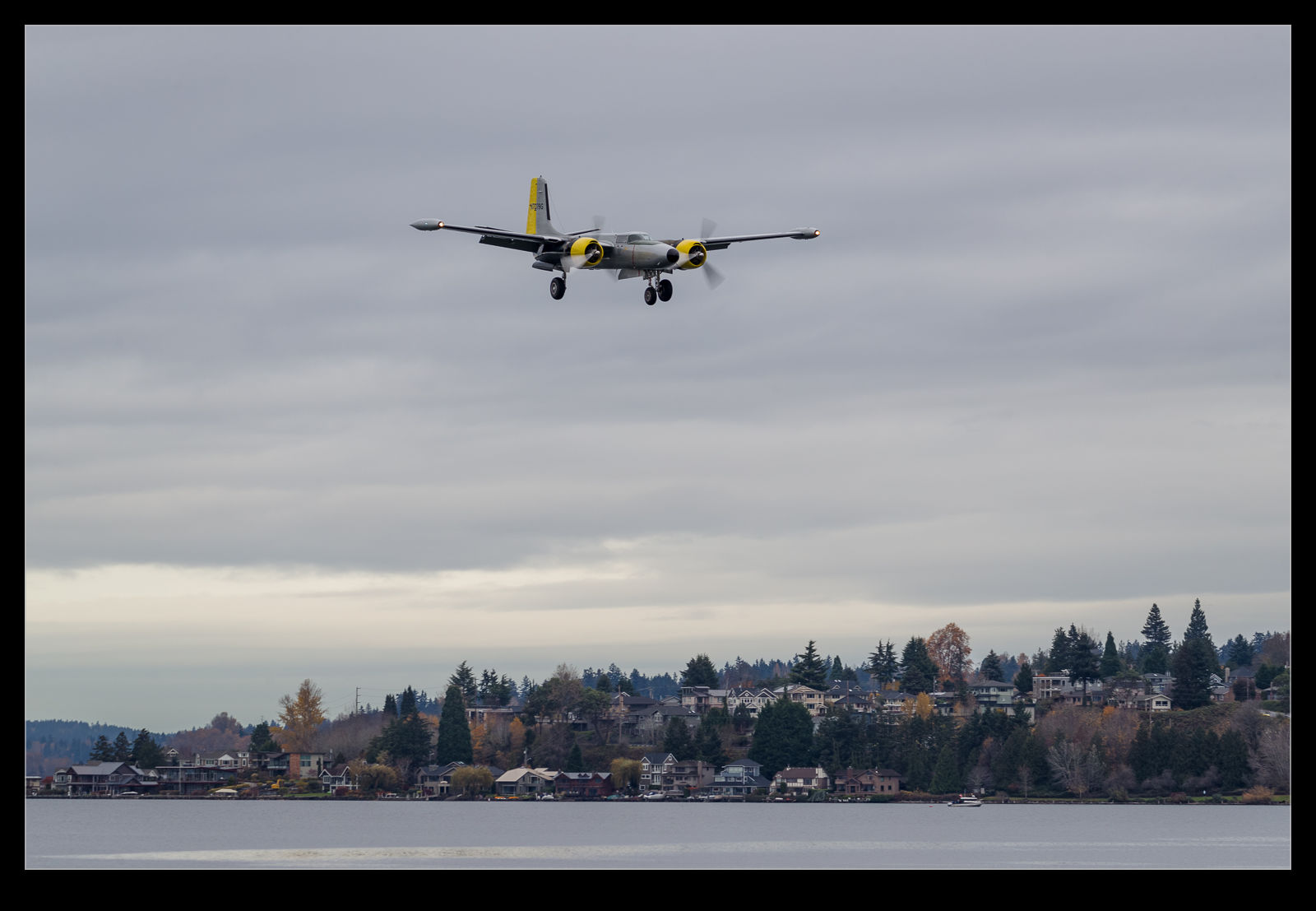 The A-26 is pretty speedy so they were soon on final approach and I grabbed a bunch of shots both tight and wider.  Then they zipped by and behind the newly erected fencing!  I packed up my stuff and headed off but, as I drove back south, I saw they were still on the ramp outside the hangar.  I pulled in a watched them put the plane away.  Only at the last minute did I realize that I could have got a closer shot from near the gate but I shouldn’t complain given how lucky I had been to see them out on my day off. 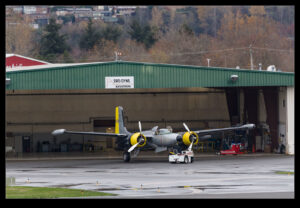 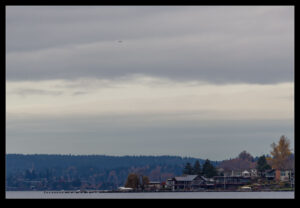 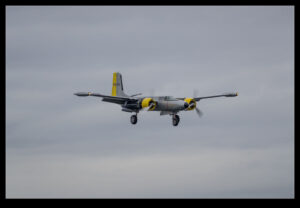 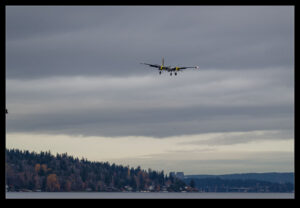