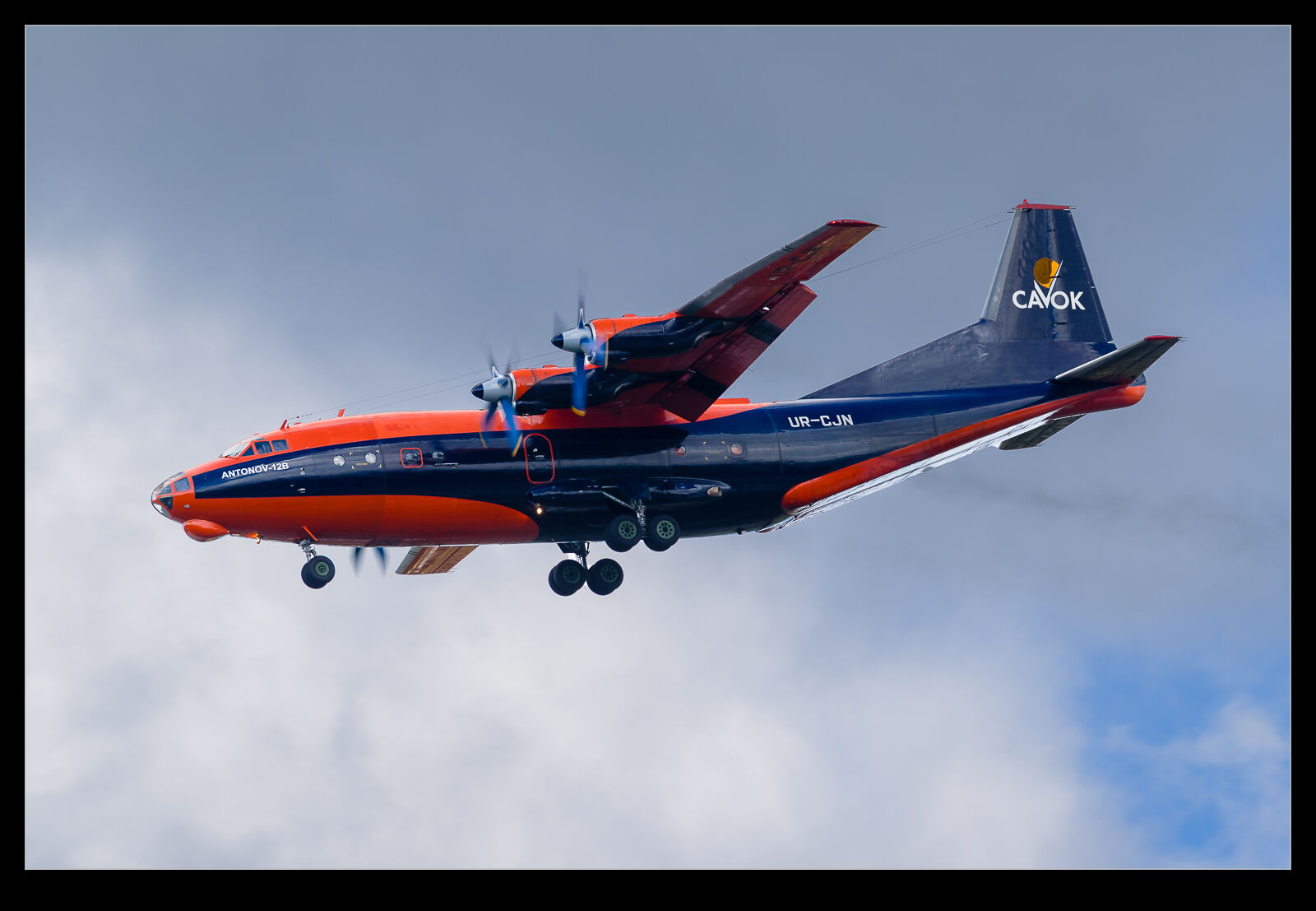 There are some aircraft that have been built and flown in huge numbers which it is almost embarrassing to admit that you have never photographed.  One such aircraft is the Antonov AN-12.  This was a ubiquitous military transport for the eastern bloc and, while it is now a rather aged design, it still has a good role as a civil freighter.  However, I have never seen one in action until recently. 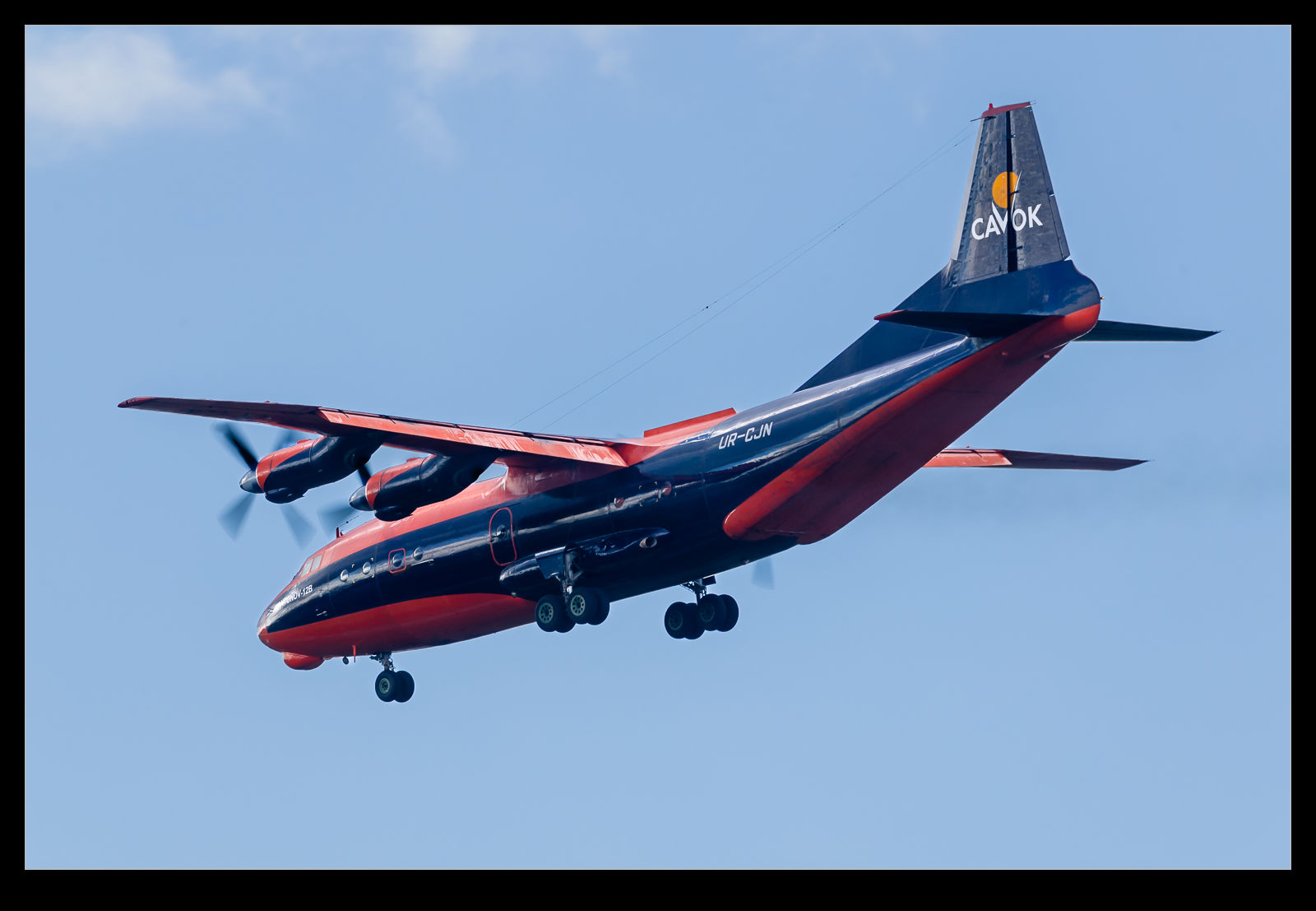 A Ukrainian registered example from CAVOK Airlines was coming in to Seattle.  It was due to arrive at around 1pm which meant the light would be right on the nose.  The worst possible case.  Of course, that was assuming that there would be light.  When it actually arrived, the sun was well obscured by clouds.  Given the dark colors of the plane, maybe that was a good thing.  Two minutes after it had gone, the sun was back out of course.  It was trailing smoke from its old generation engines but it was definitely a highlight of the last few months of movements. 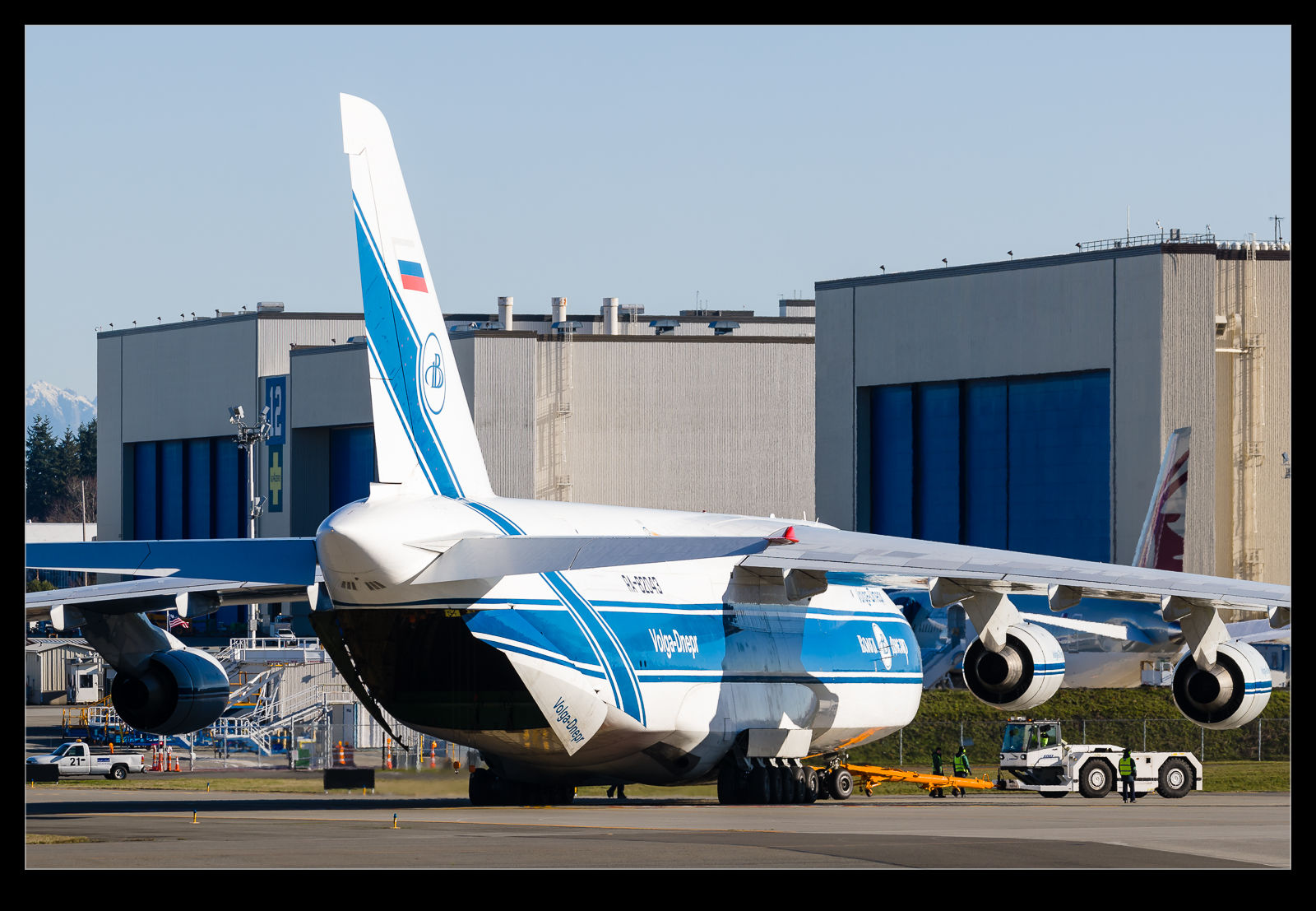 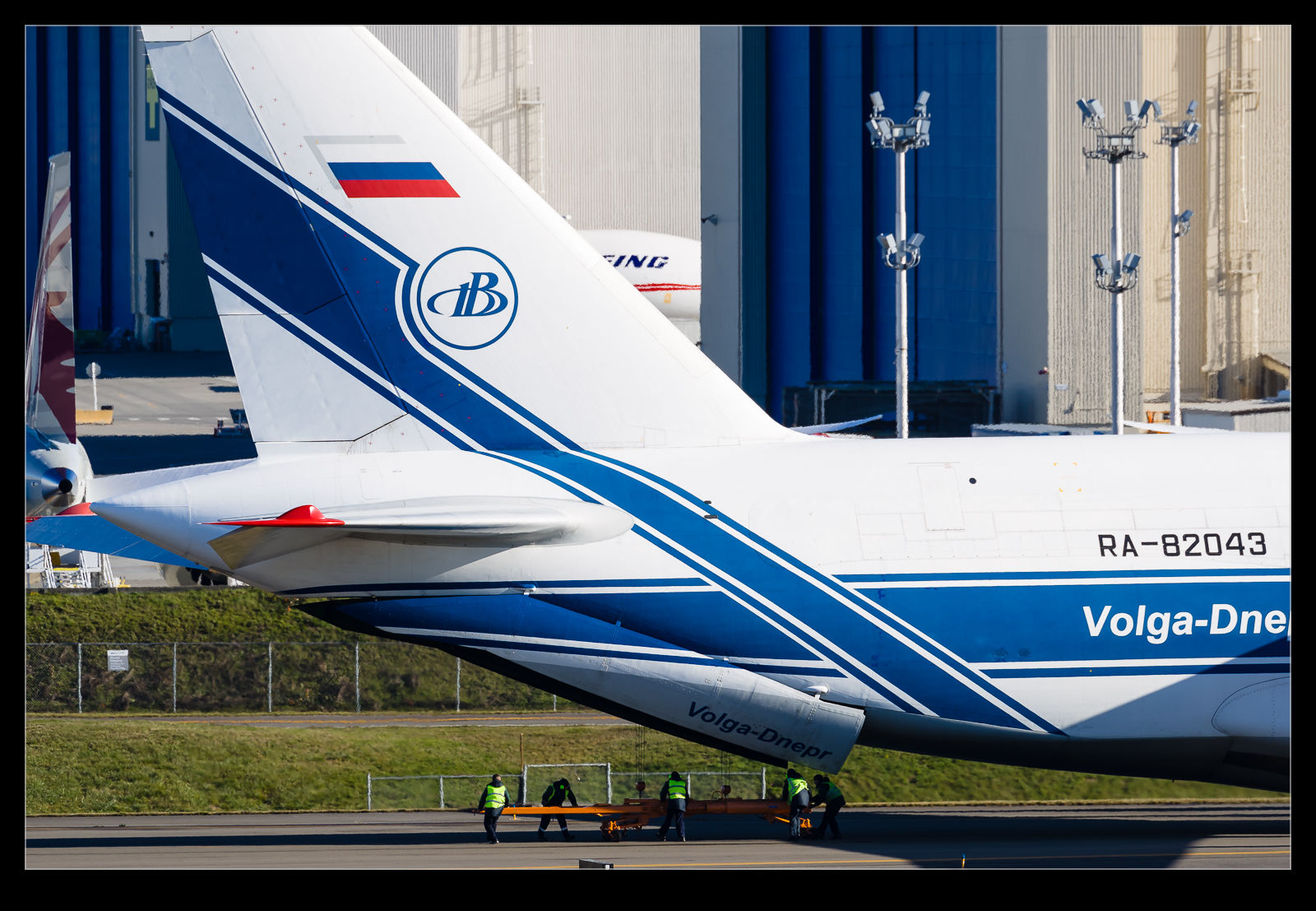 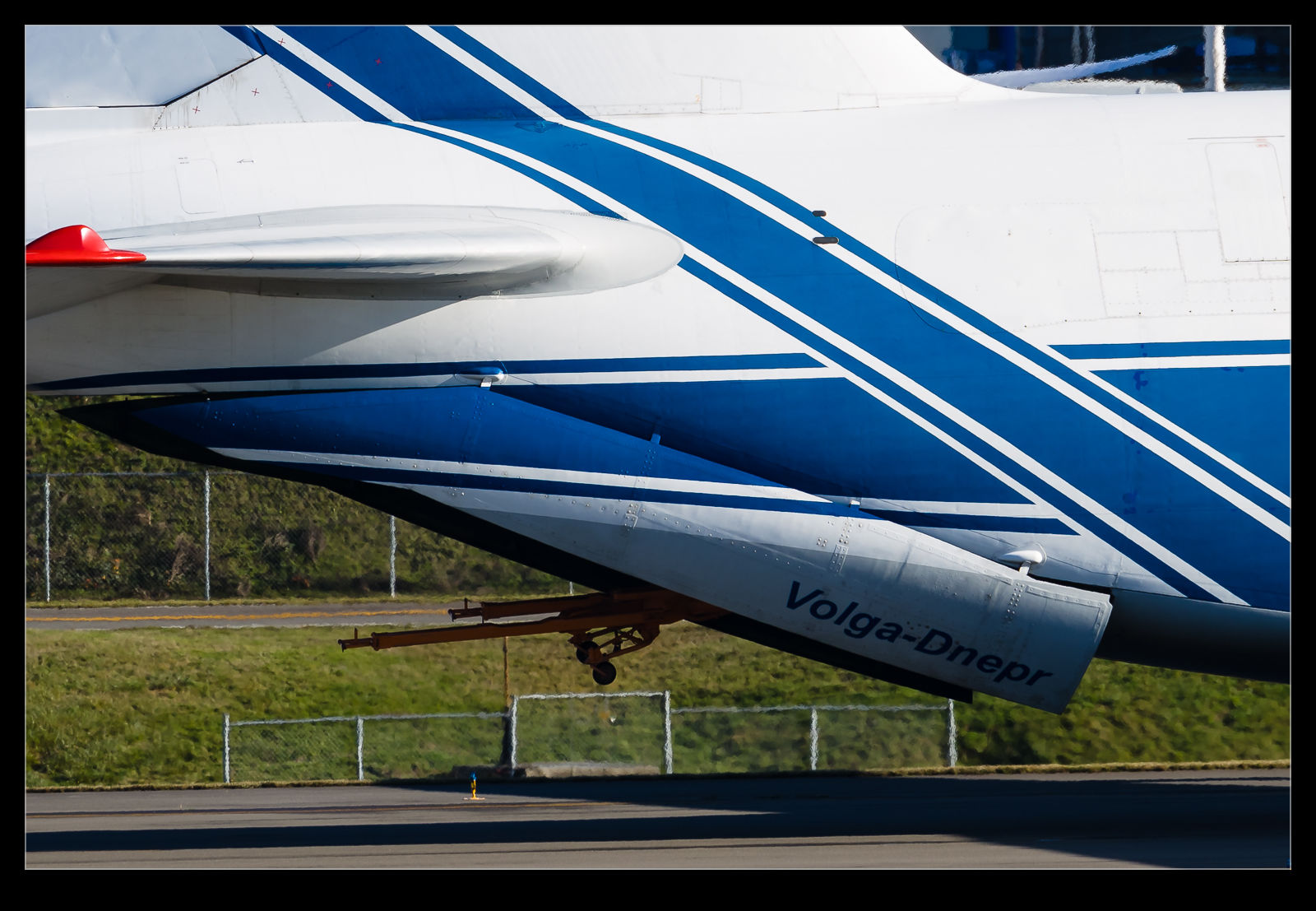 I have shot a lot of Antonov 124s at Everett since they are there on a regular basis.  One weekend recently, a Volga-Dnepr flight was scheduled in to SeaTac.  Shooting at SeaTac is a bit restricted in what you can achieve given the layout of the airport so I decided I would go for something a little different.  The heavy traffic usually comes in on the inside runway and there is a small park that puts you pretty much under the approach.  I thought this might be a slightly different position to shoot from.

The timing of the arrival was supposed to be later in the afternoon.  However, something about the routing meant the jet ended up getting in a bit later than I had expected.  Some lovely afternoon light had disappeared and had been replaced by a dull light which was also fading fast.  I was ramping up the ISO settings pretty quickly as the jet turned on the approach as it was disappearing by the minute.  Finally, the Ruslan appeared in view and I got some head on shots prior to shifting to a wider lens as the plane flew overhead. 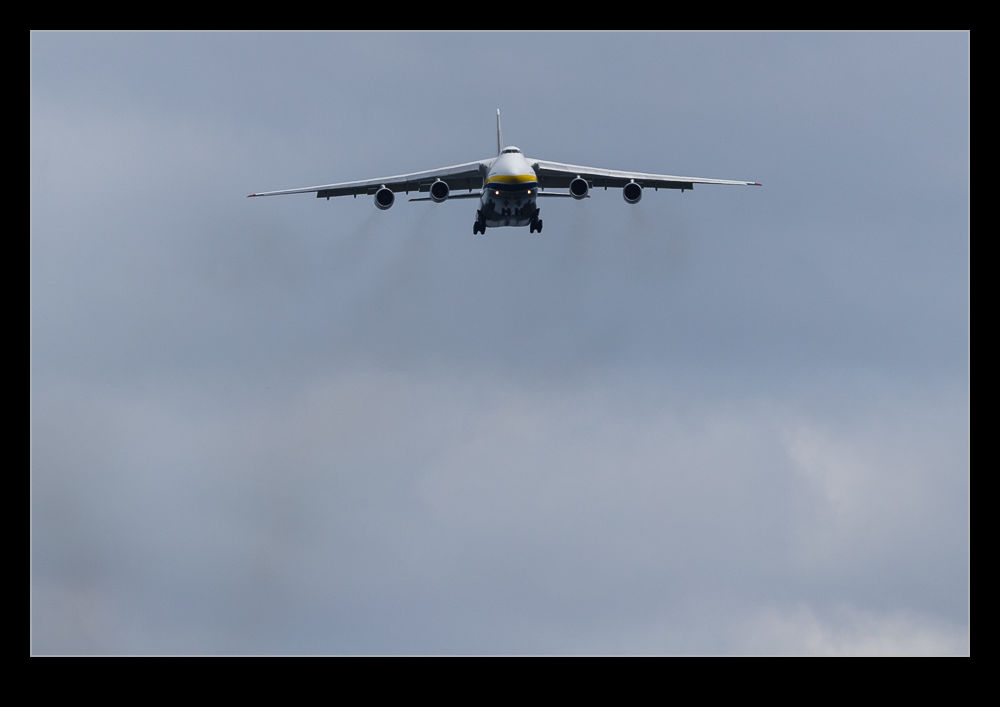 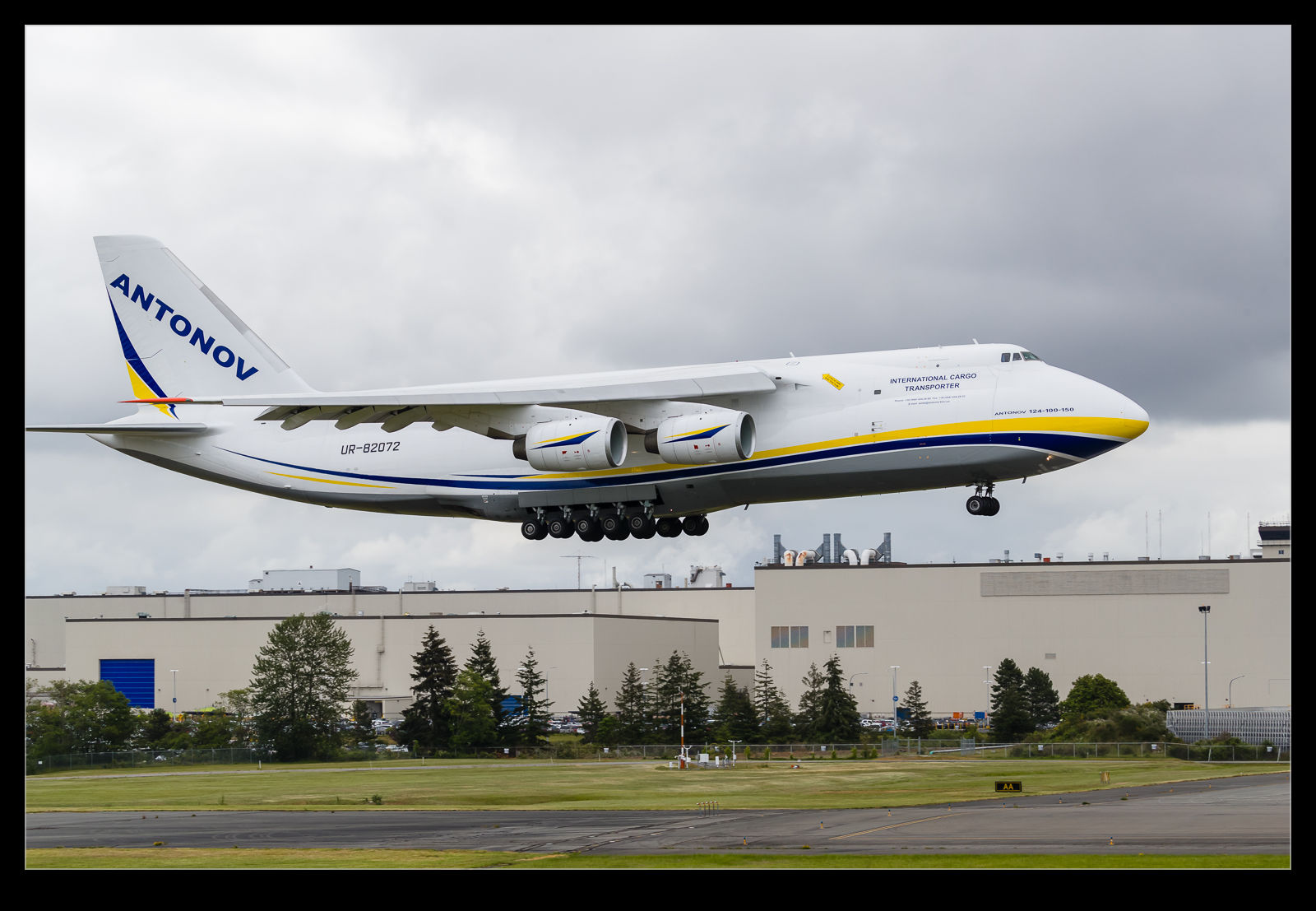 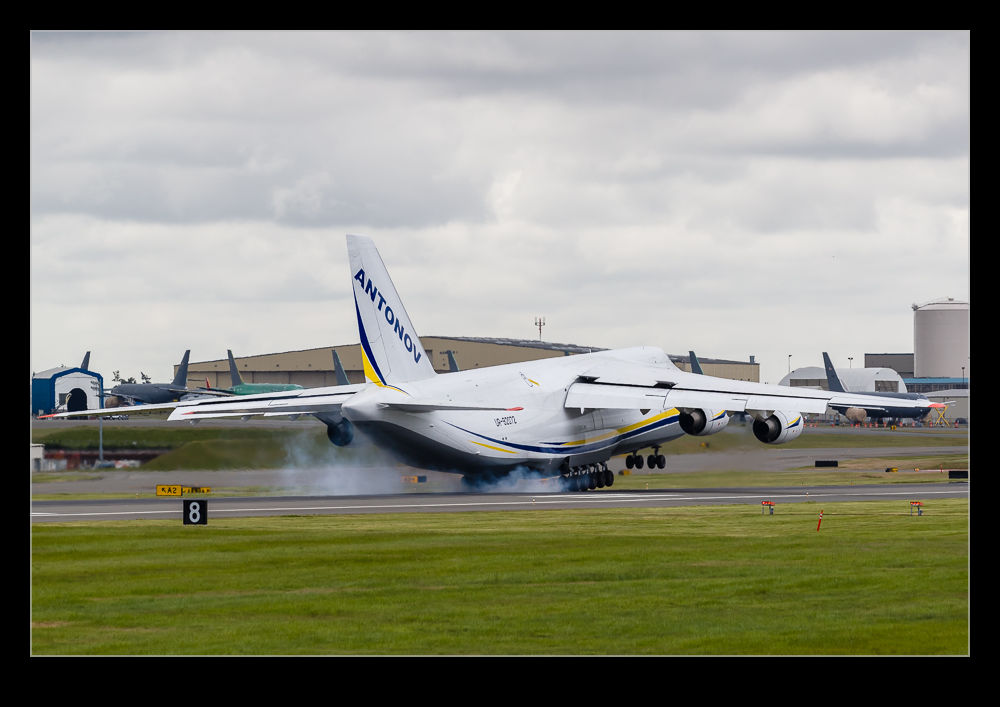 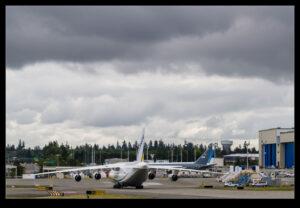 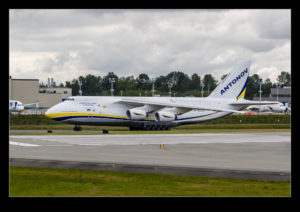 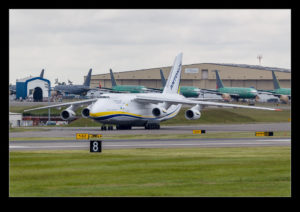 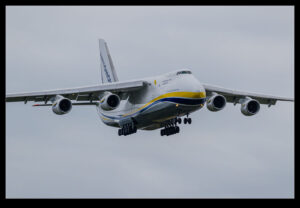 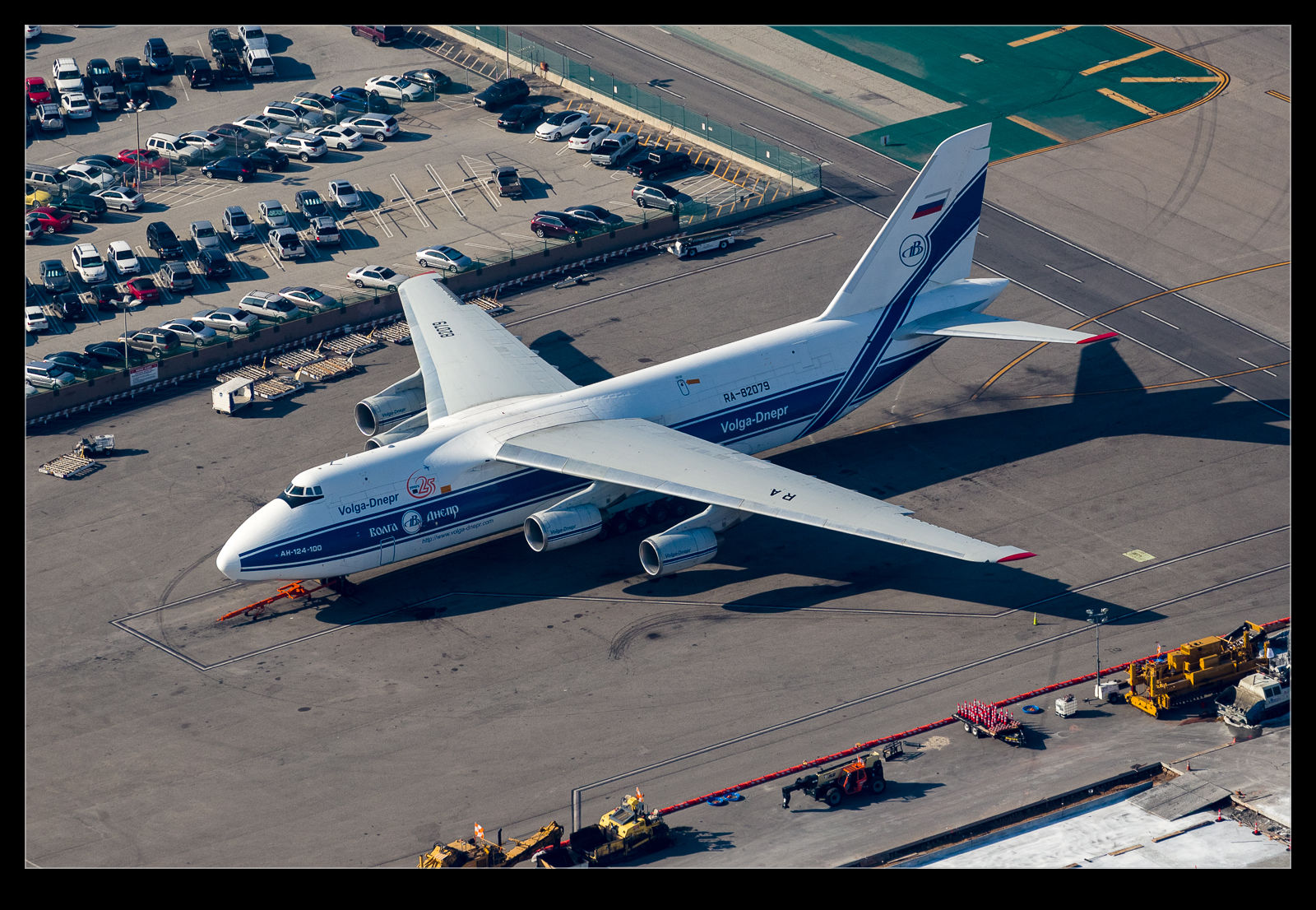 I have shot a lot of AN124 Ruslan movements in recent years whether in the Bay Area or now we are in Seattle.  I am still happy to see them, of course, but something a little different is welcome.  When I arrived in LA, there was one parked up on the ramp near the museum.  I figured it would be gone by the time I was back for my helicopter flight but I was wrong.  It was still there.  Consequently, I was happy with a few new views on a familiar beast. 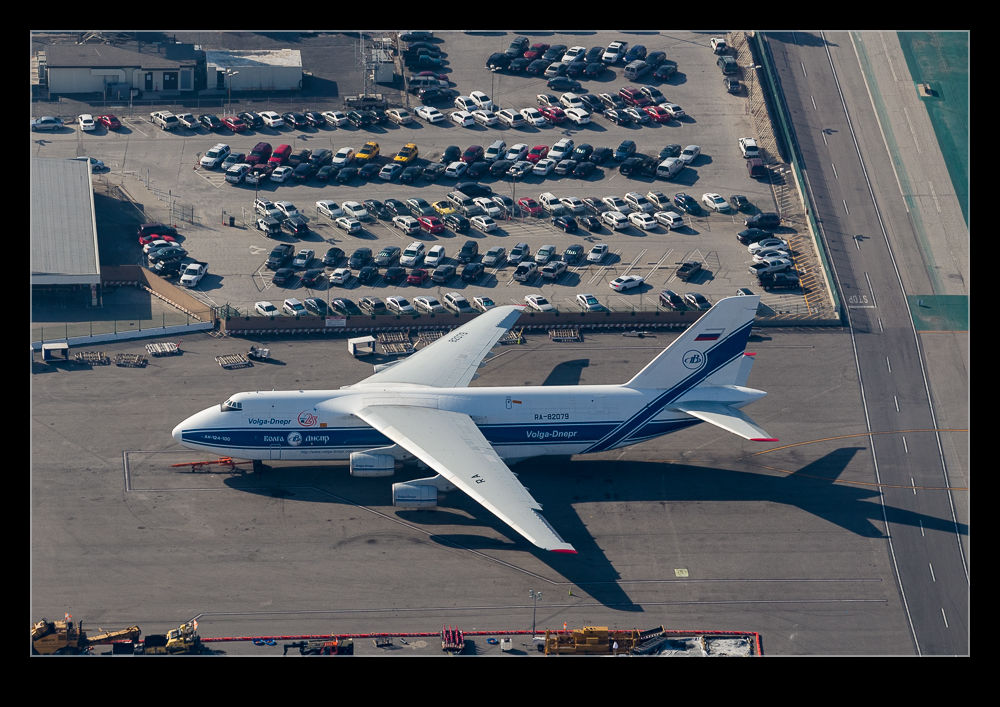 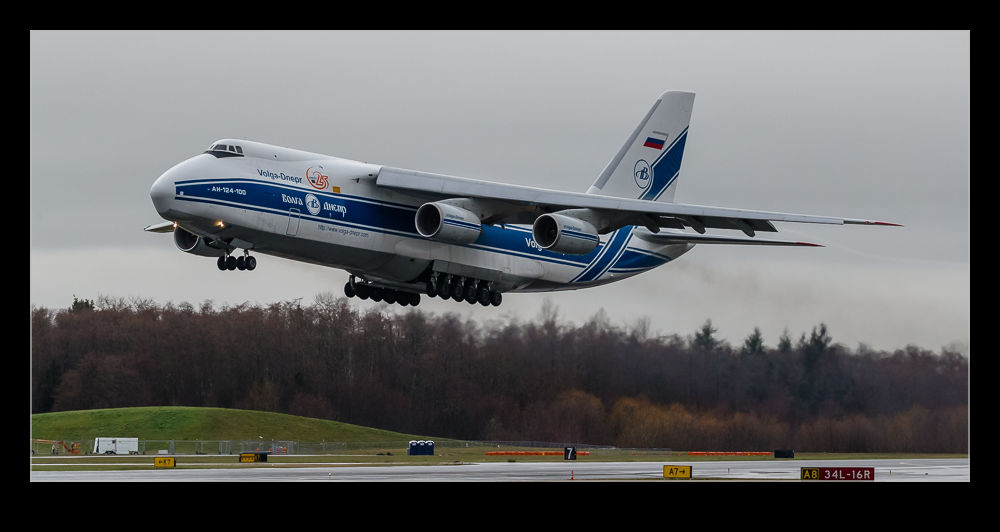 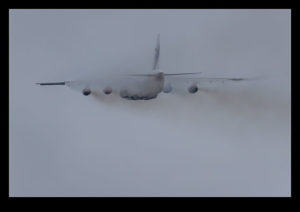 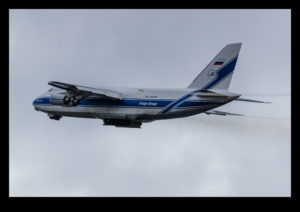 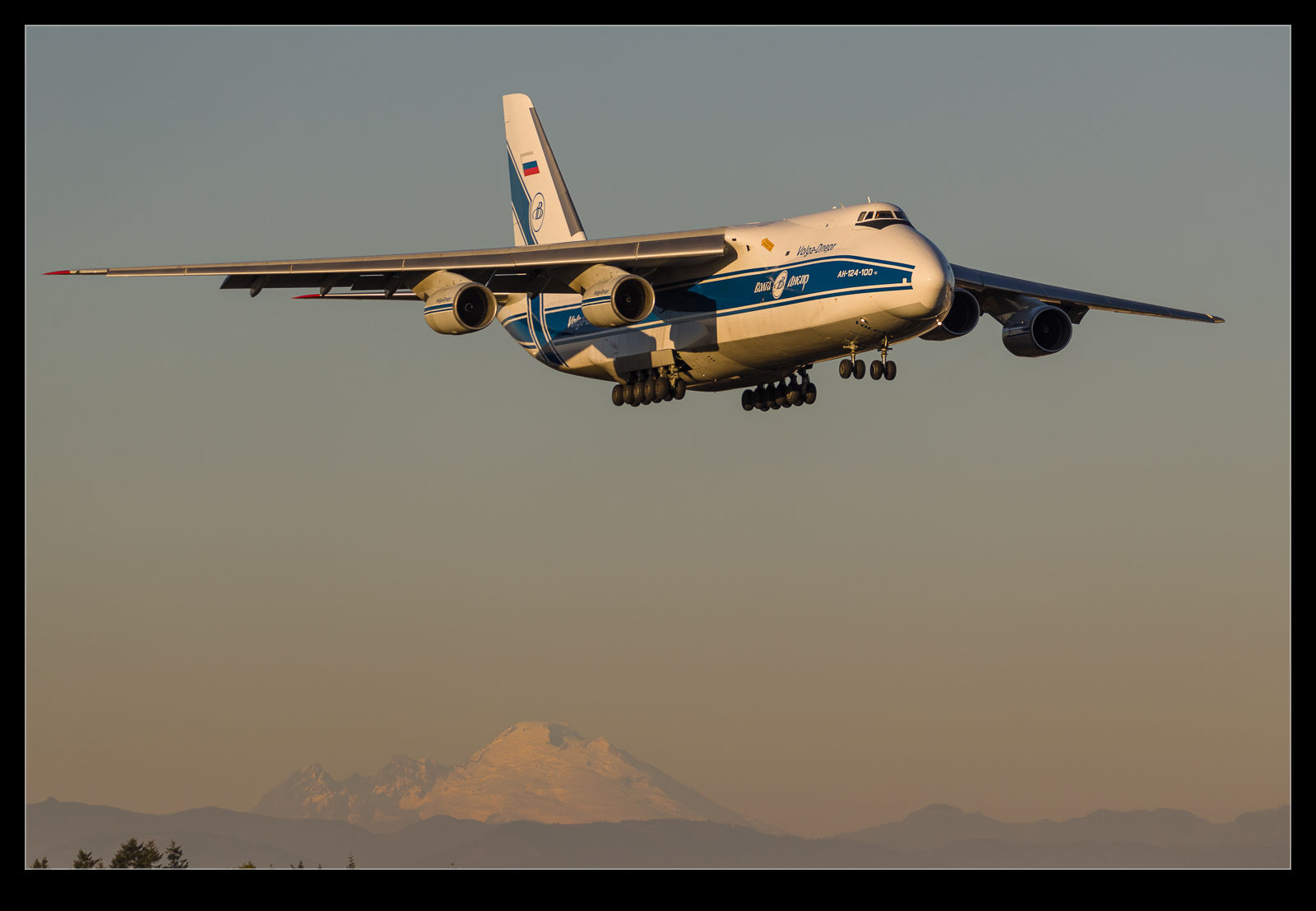 My wife is a trooper.  We were coming back from a day out in the mountains and I saw an Antonov AN124 was coming in to Everett.  It was due to land shortly before sunset and sounded like something I wouldn’t want to miss.  We weren’t going to be able to get home in time to drop of Nancy so I could get back up to see it arrive.  She agreed to make a diversion to see the plane come in.  Not her thing but she was okay with being there. 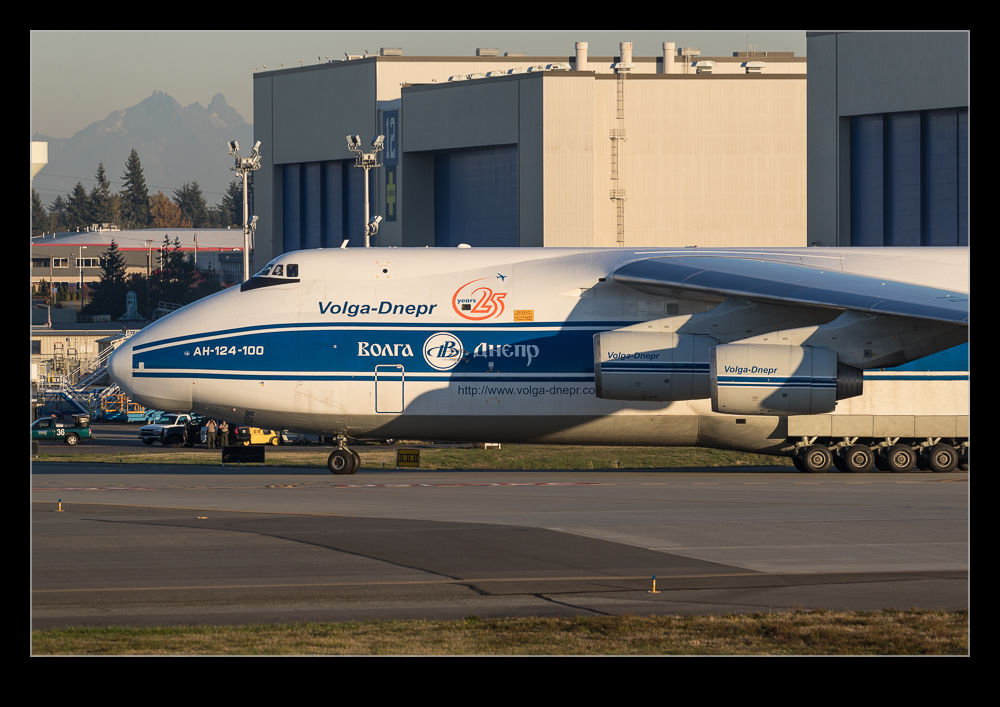 The timing could not have been much better.  The light was nice, low and soft so the plane looked great as it trundled down the approach.  When it taxied back up to the north entrance to the Boeing ramp, the texture of the skin, which is normally lost in higher light, was a lot easier to see.  In fact, the finish looked pretty rough.  I guess the Volga Dnepr planes get a lot of use! 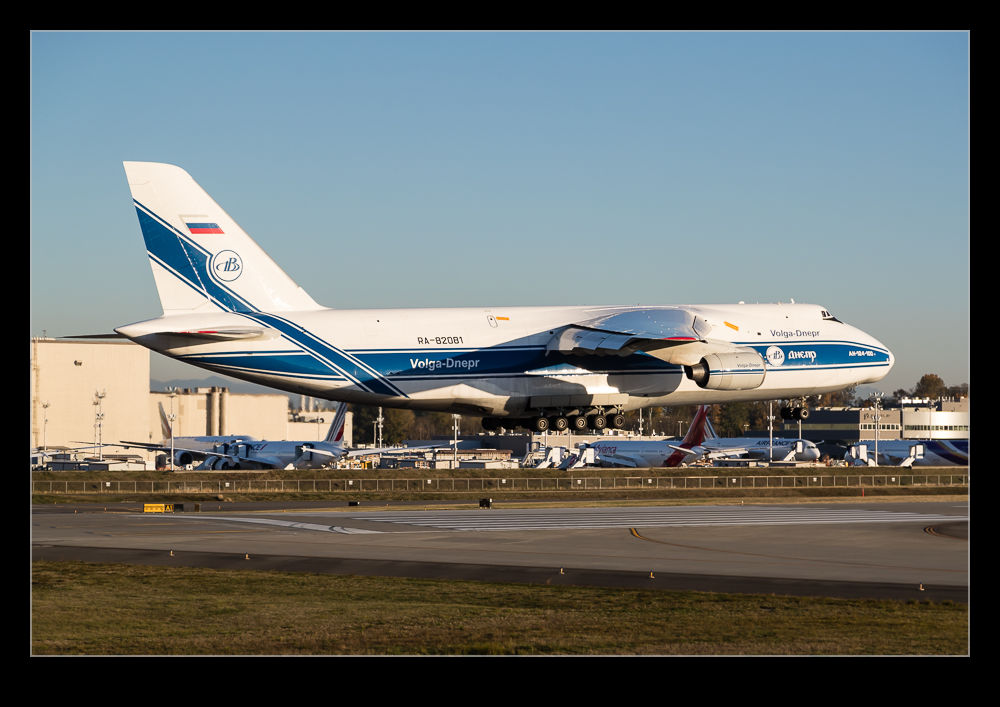 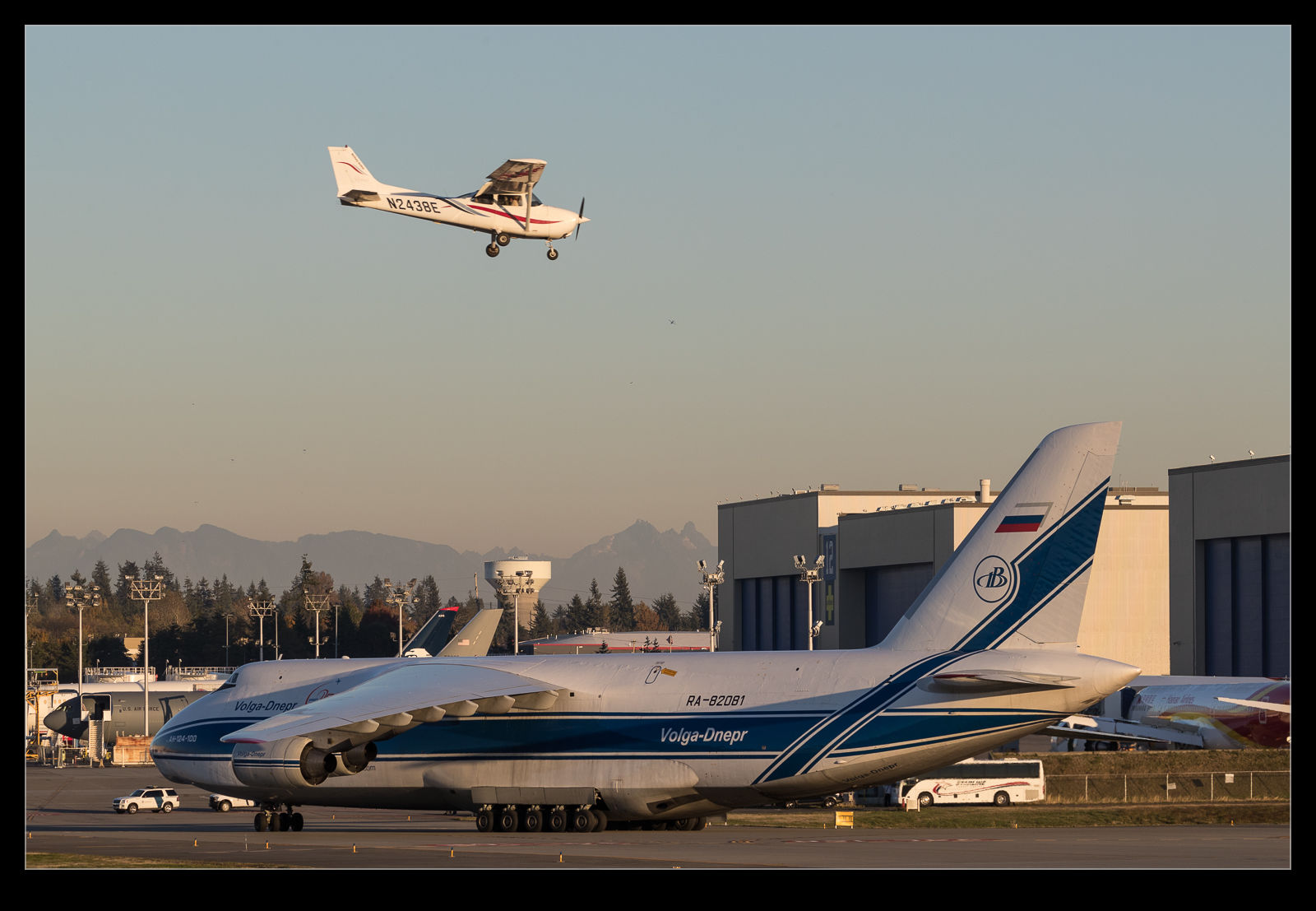 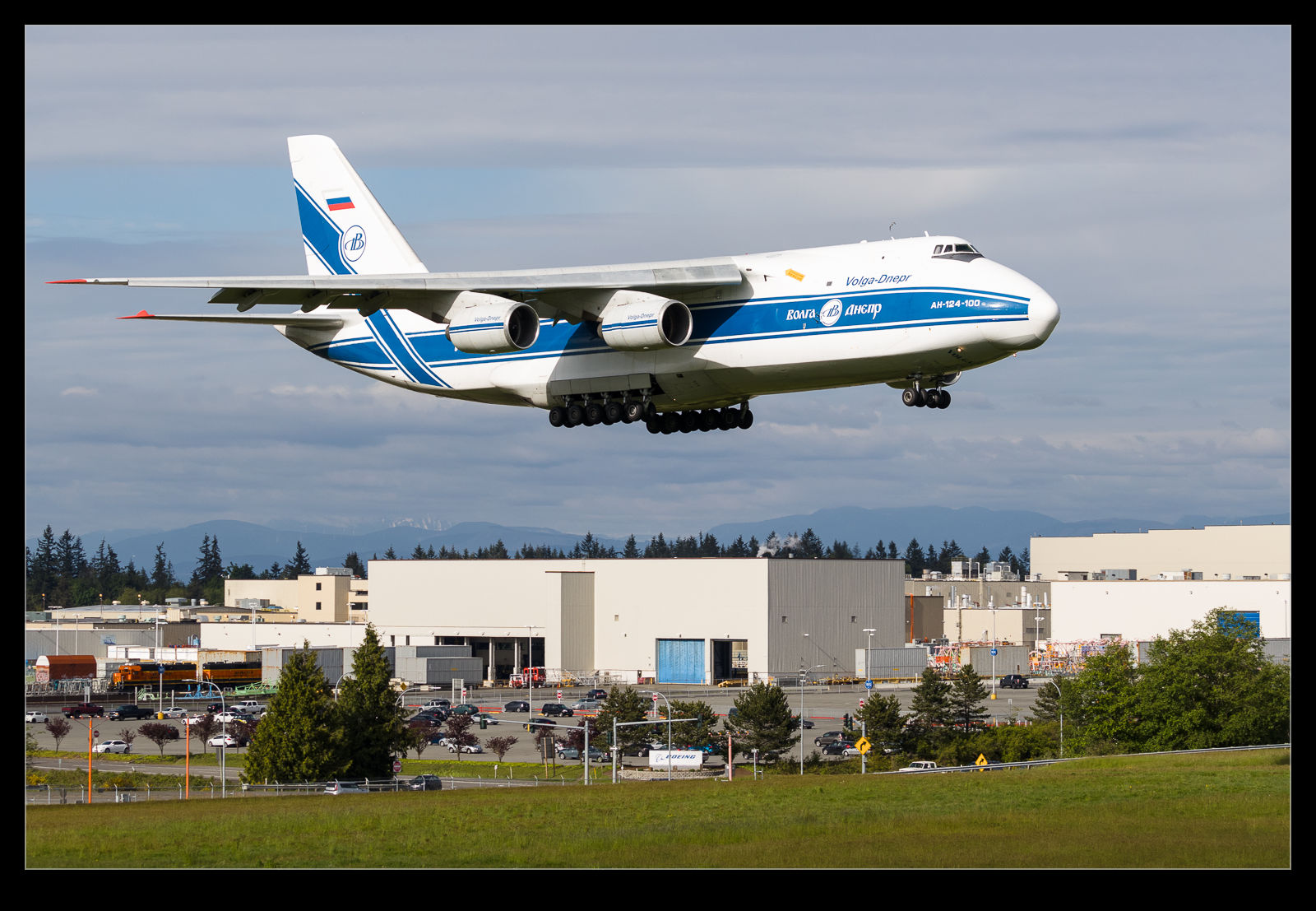 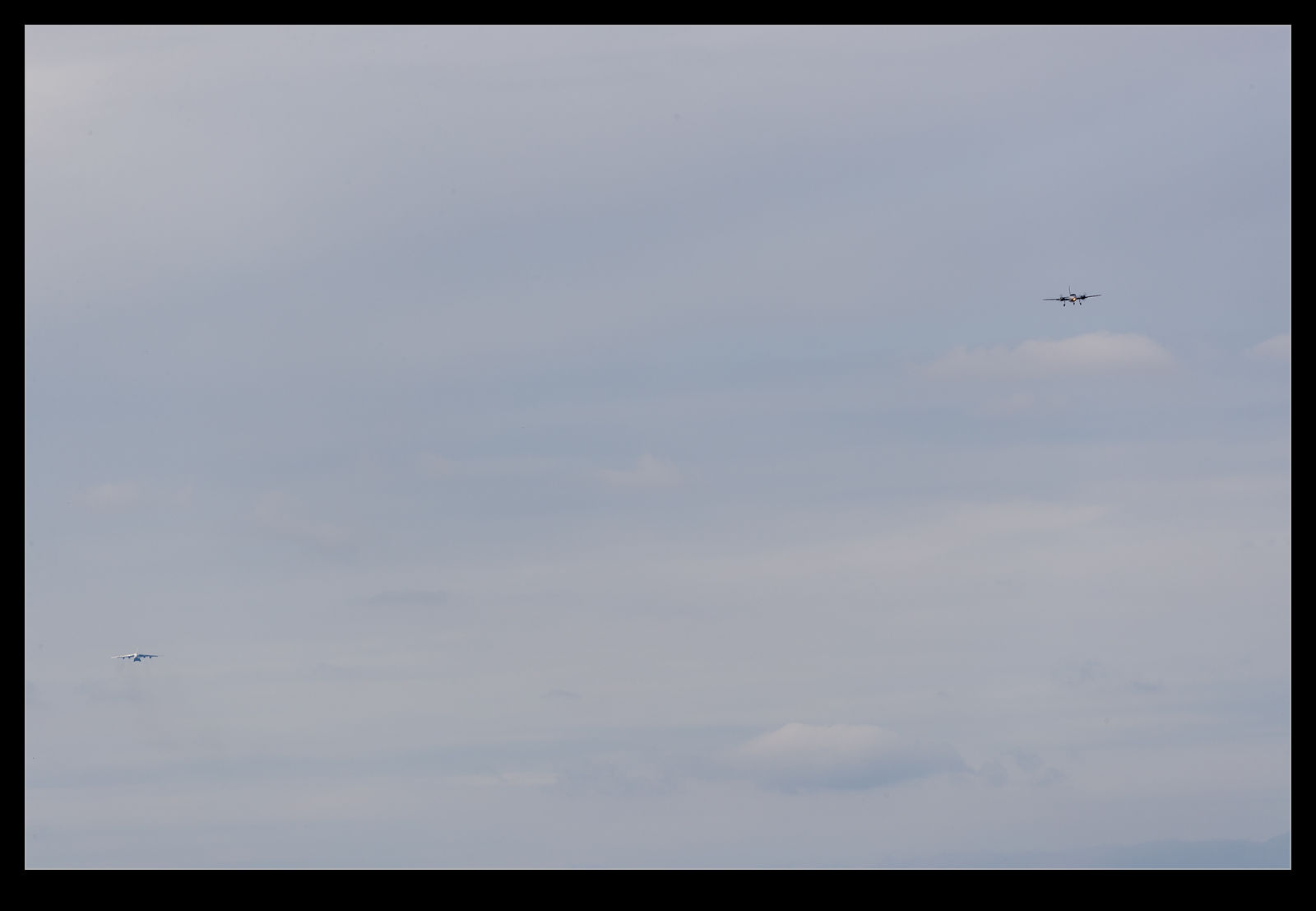 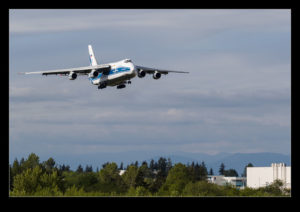 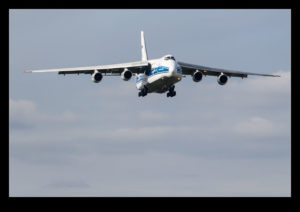 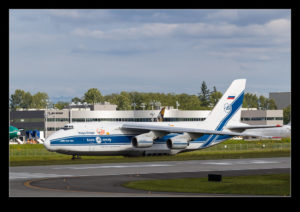 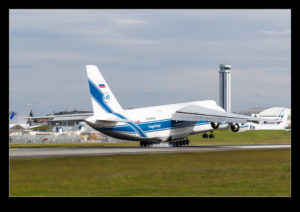 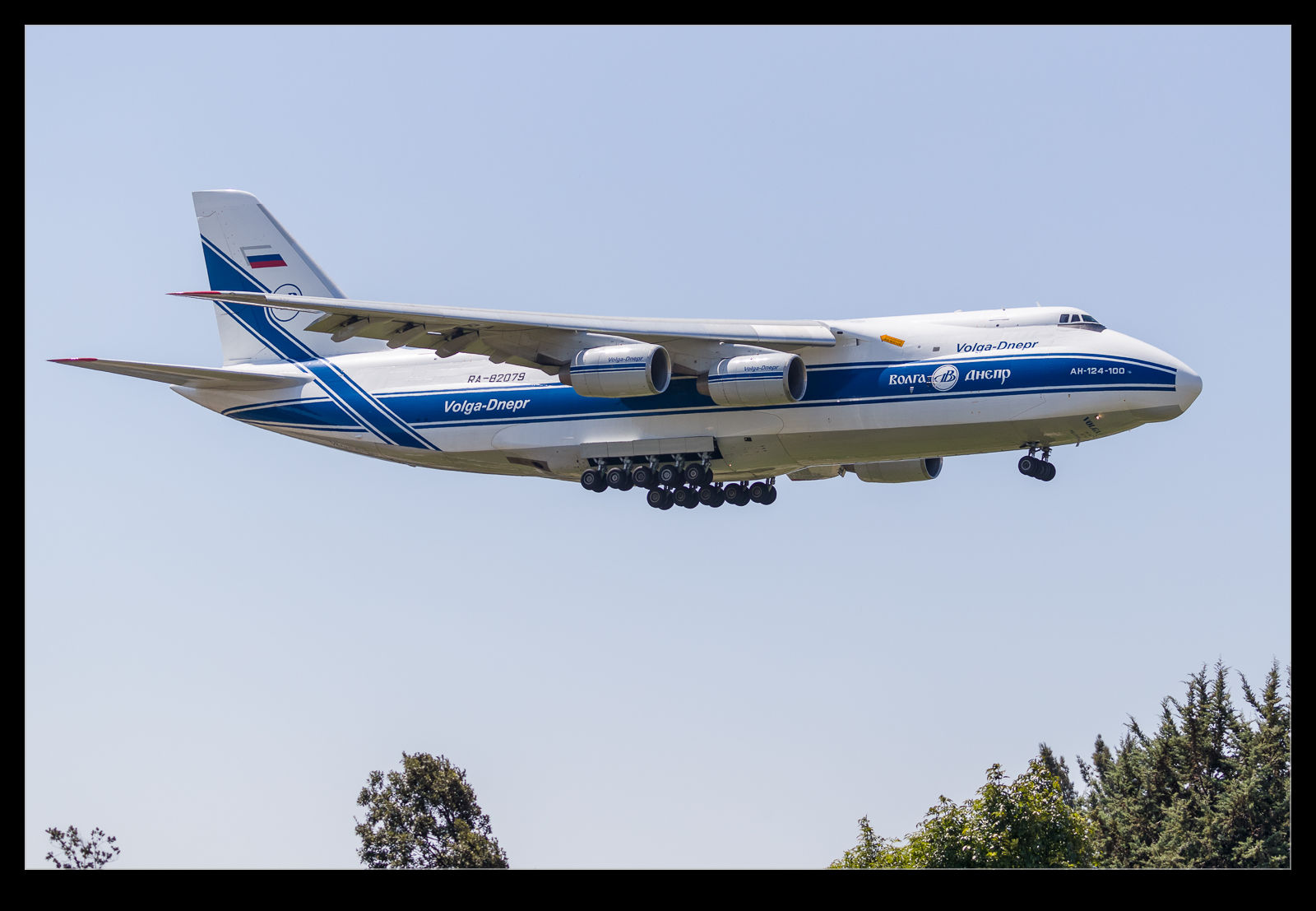 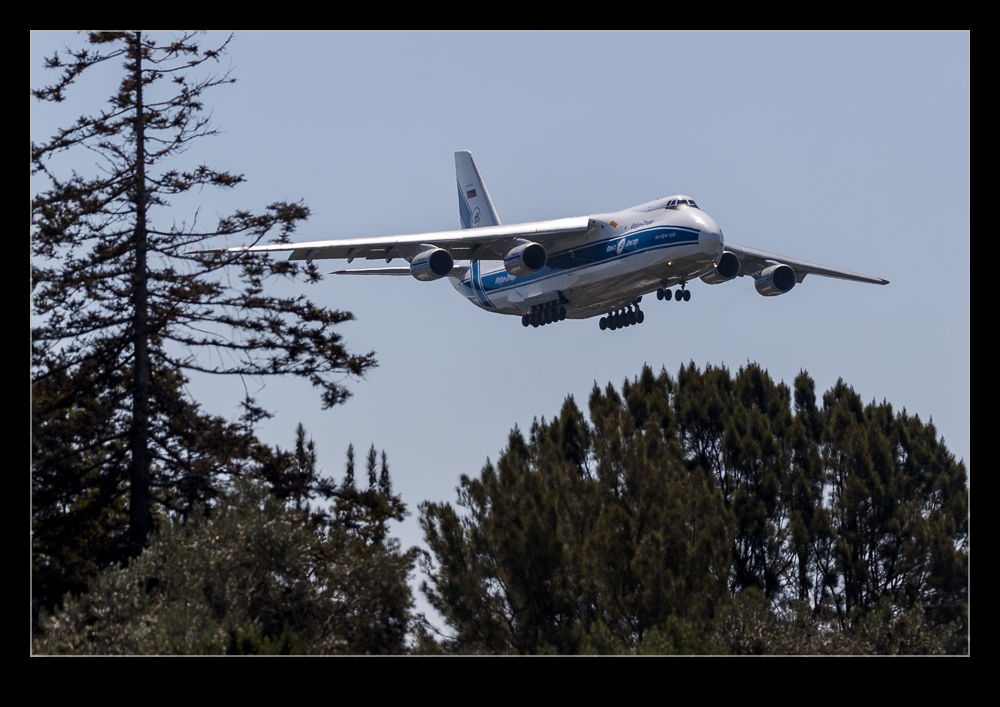 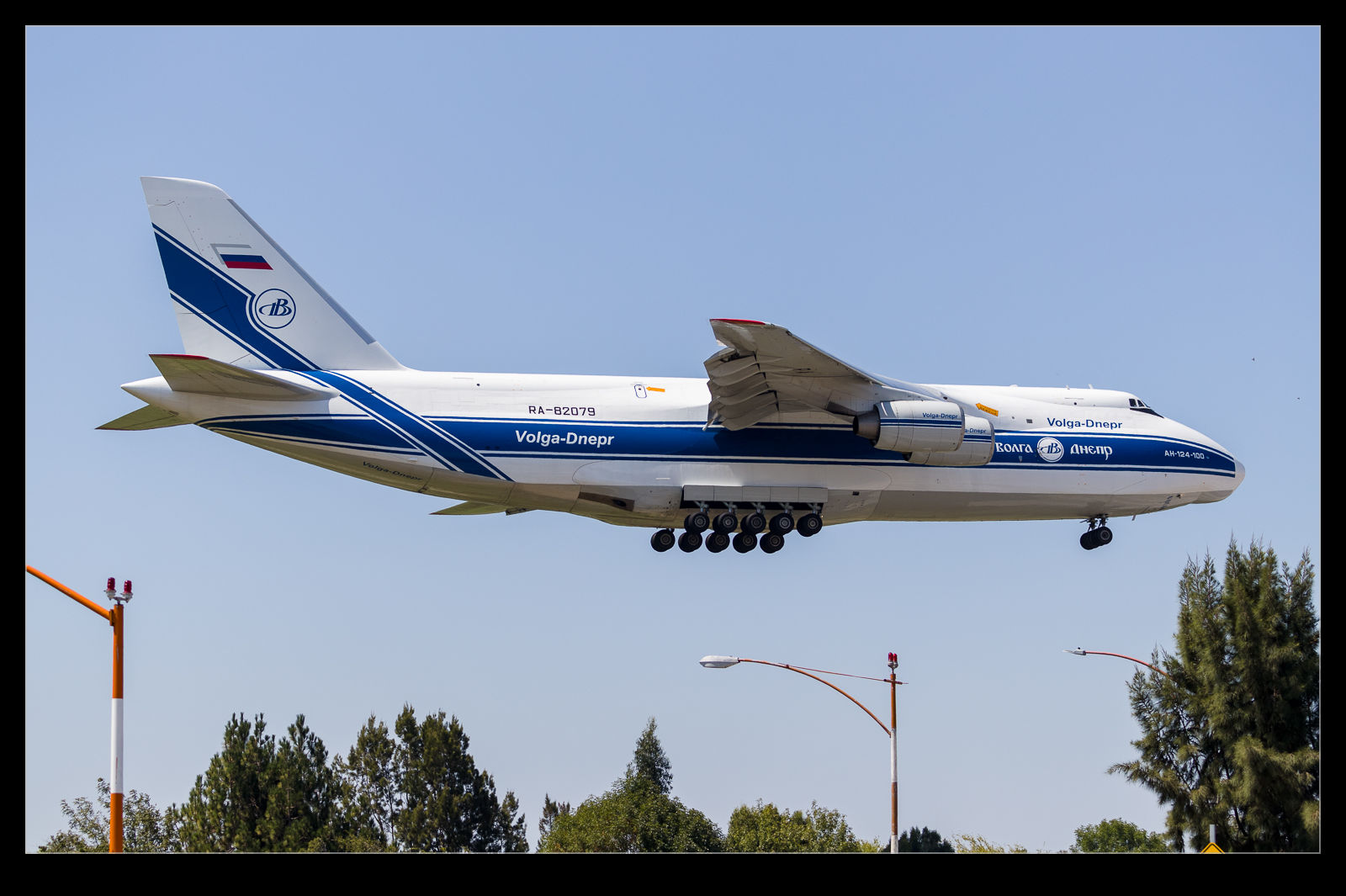