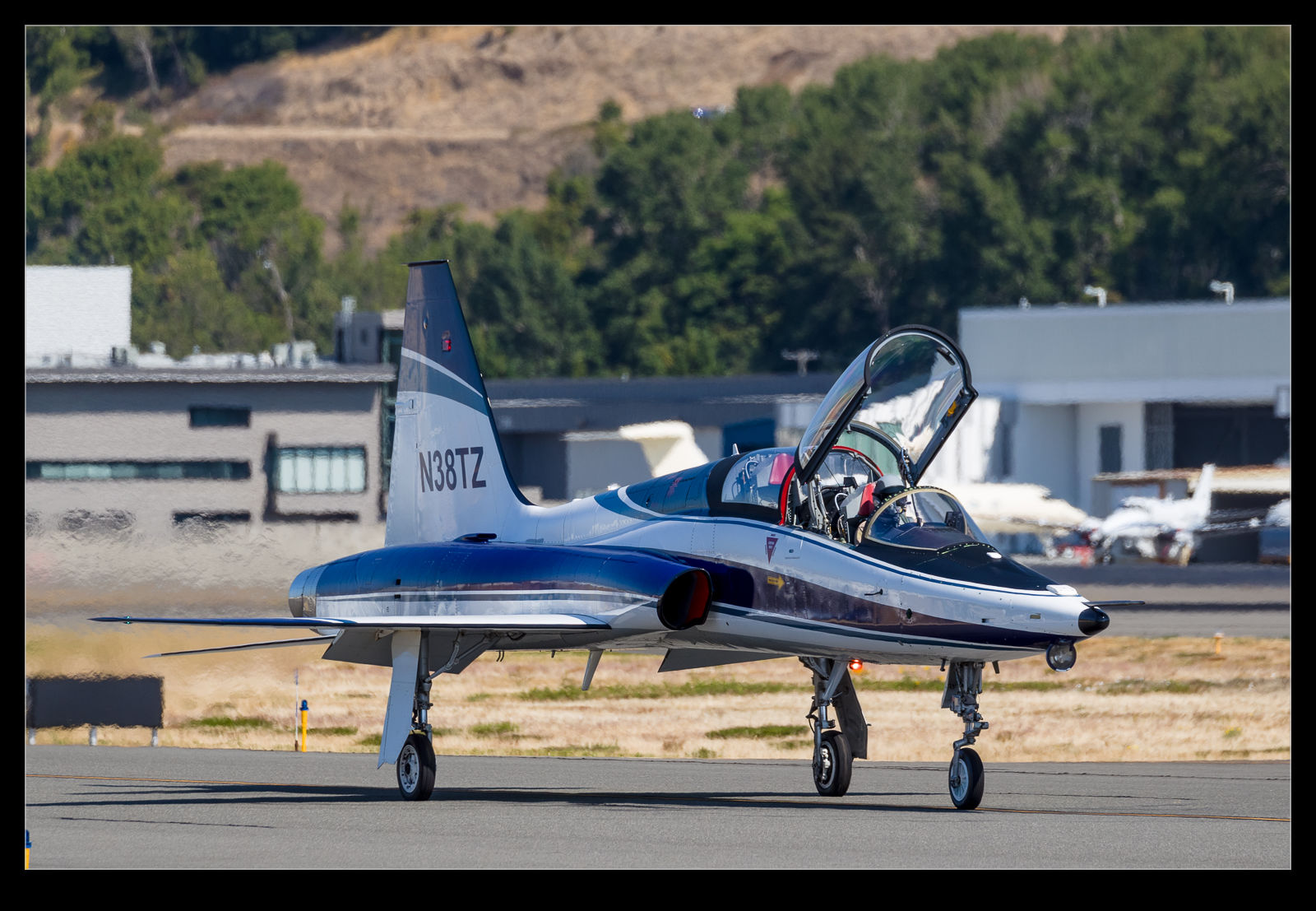 After a very lean start, I have done a lot better in recent times with getting shots of the Boeing chase T-38s at Boeing Field.  I have shot them airborne and in good light so nothing to be unhappy about.  However, the one thing that I haven’t had in the past is a good close up shot of them while on the ground.  They have either been landing when on a northerly flow or coming from the other direction and so they haven’t taxied close to me. 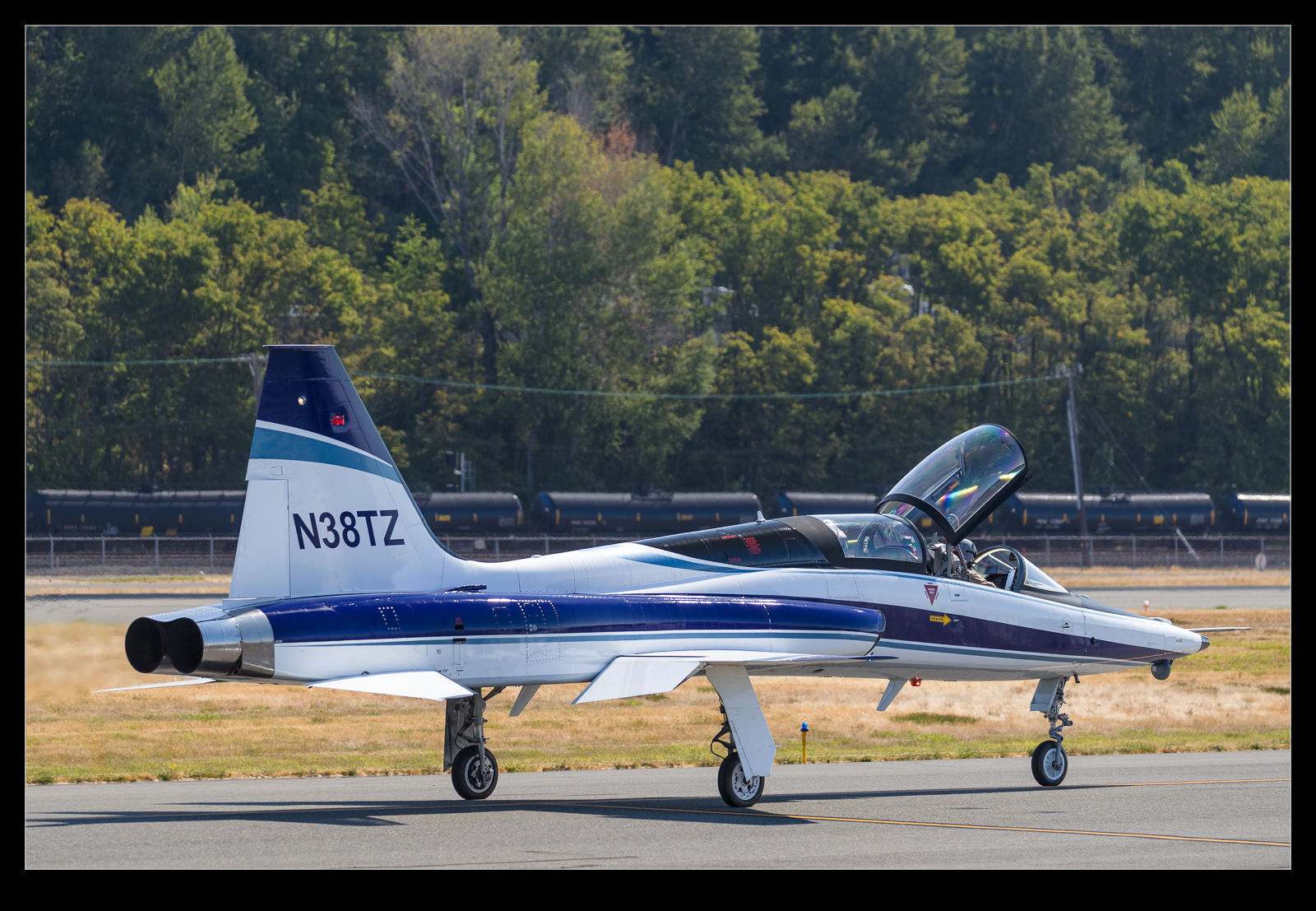 Finally managed to break that one not long ago.  Some tankers were heading out – one appeared to be a production test flight for an Air Force example while the other was one of the Boeing development airframes.  The T-38 followed it out – presumably their flights were connected but I don’t know for sure.  It taxied right passed me so I got a good look at it on the ground for a change.  It took off, of course, so a little extra chance to get some shots with a cluttered background! 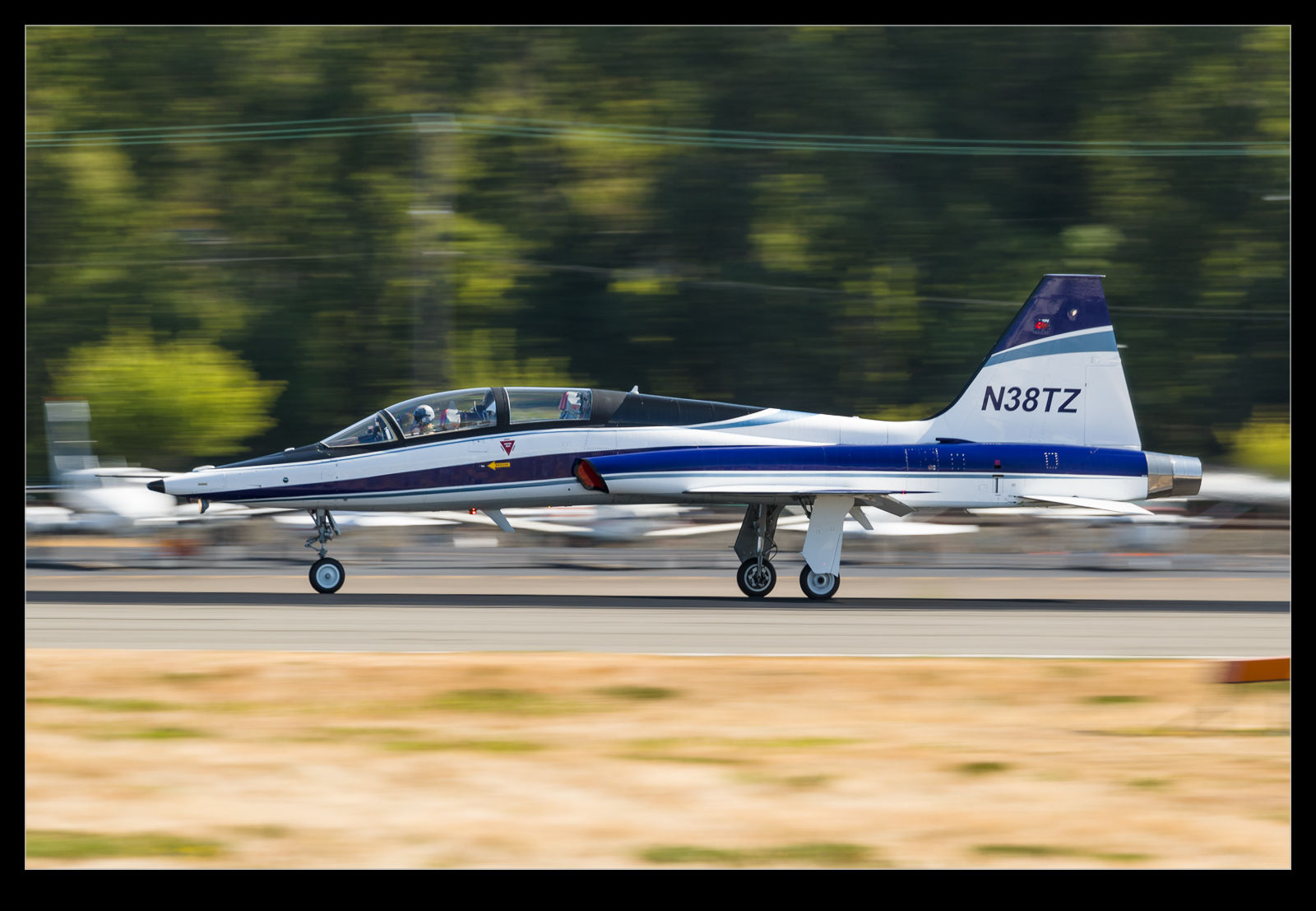