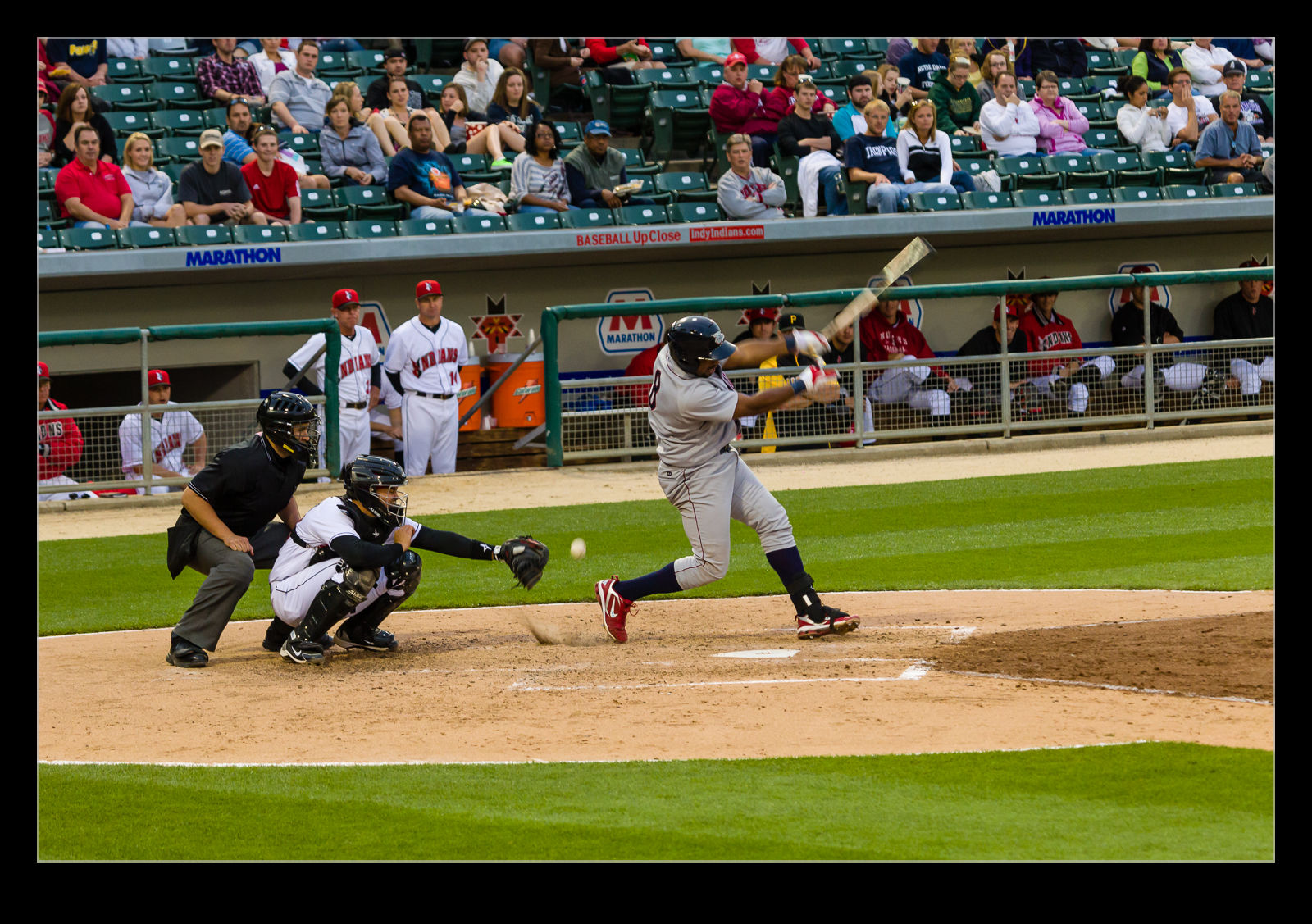 Having looked through the catalog of images after finding the elevated view of Victory Field, I came across the shots I took when I went with some work colleagues to a minor league game there.  It was a lot of fun although I have no idea how the game was.  Watching baseball at a stadium is an enjoyable experience that happens alongside a baseball game as far as I am concerned. 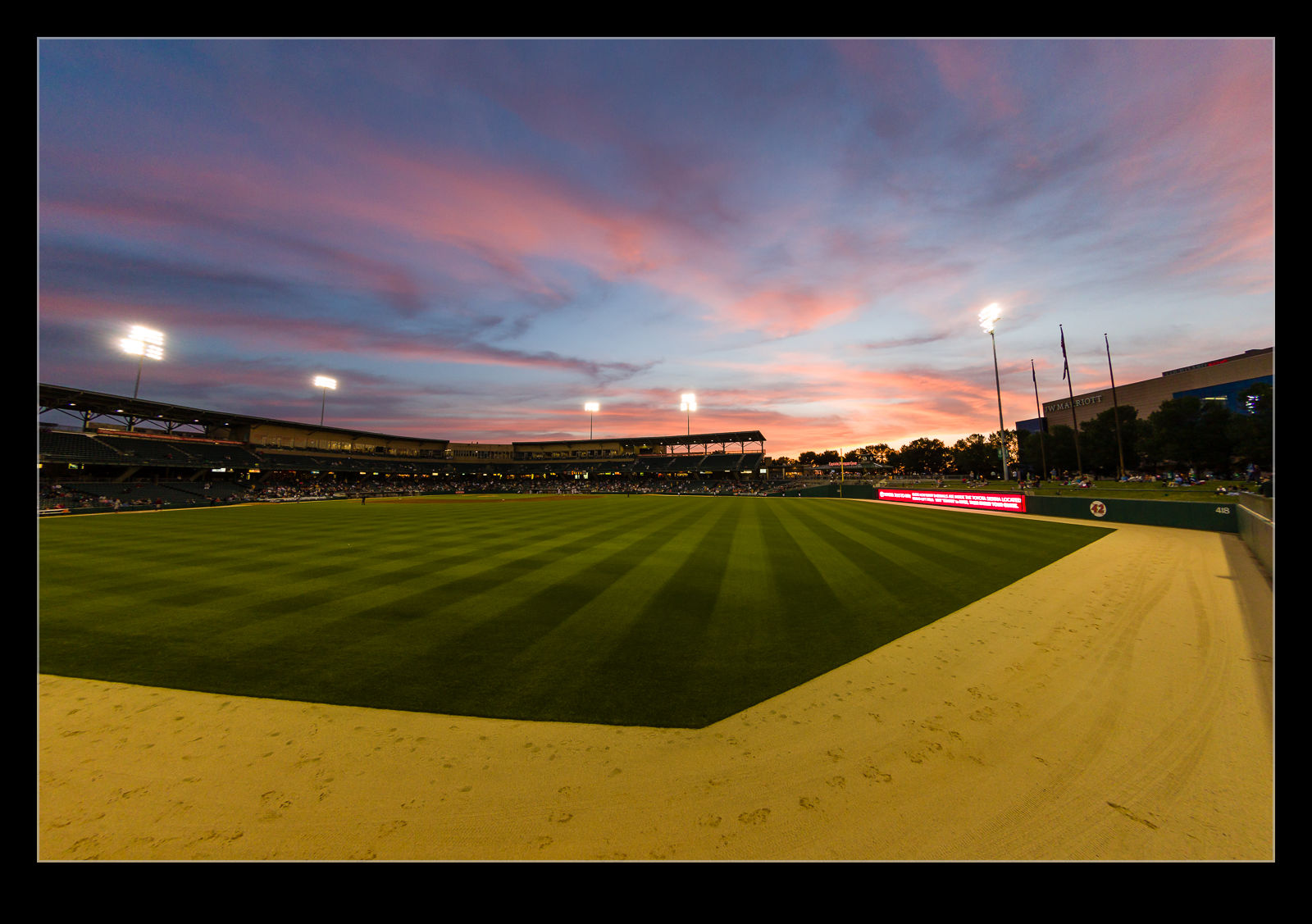 The sun was setting as the game got underway and we had some nice light in the sky.  I took some HDR and panoramic shots which I have been able to reprocess using the latest versions of Lightroom as opposed to the one available at that time.  I also got a few shots of the players at work and had a wander around the perimeter of the field to see how it looked from different angles.  Looks like I was using a rather wide angle lens at some point too. 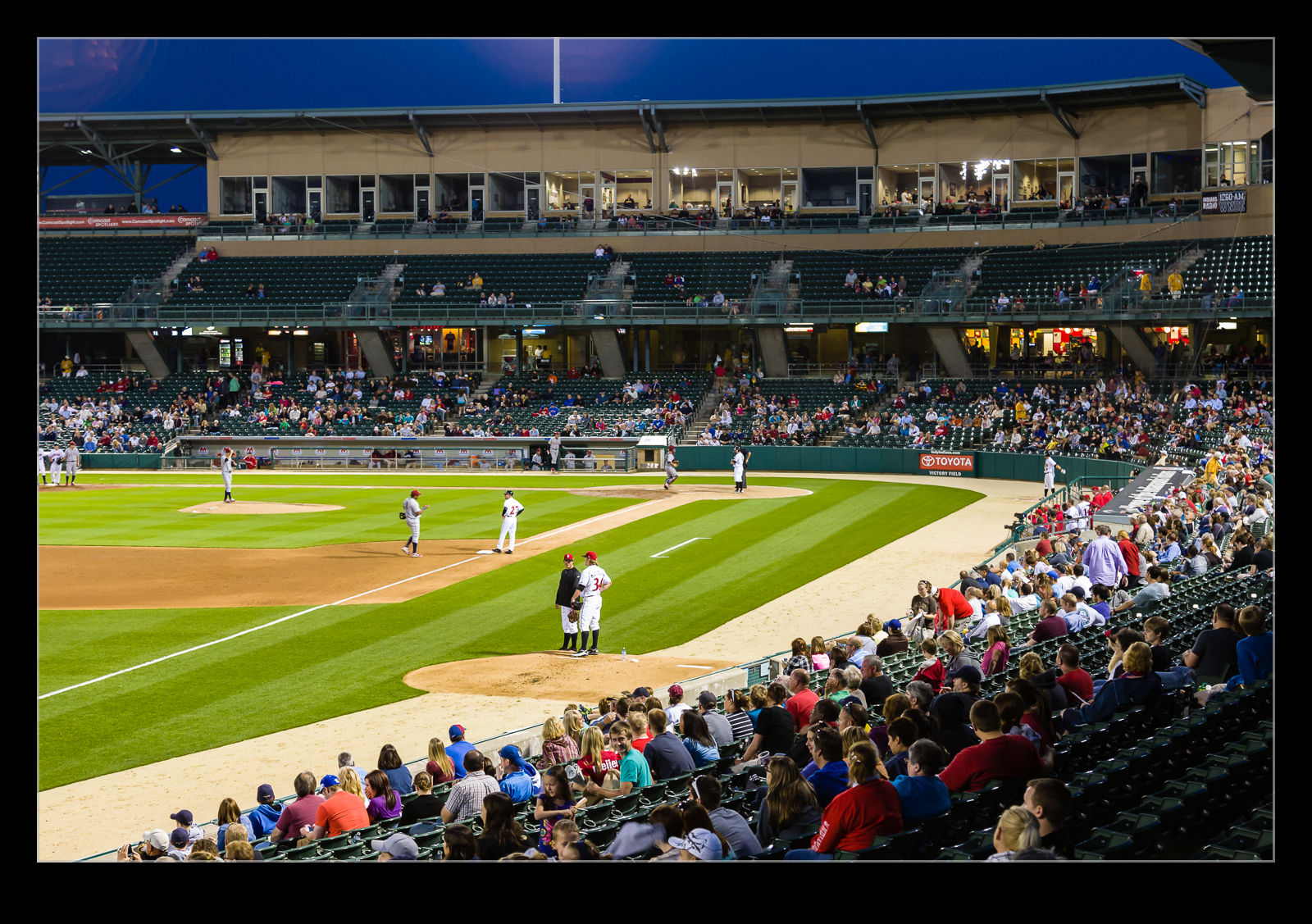 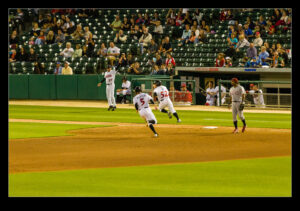 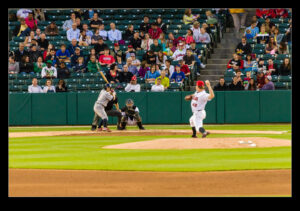