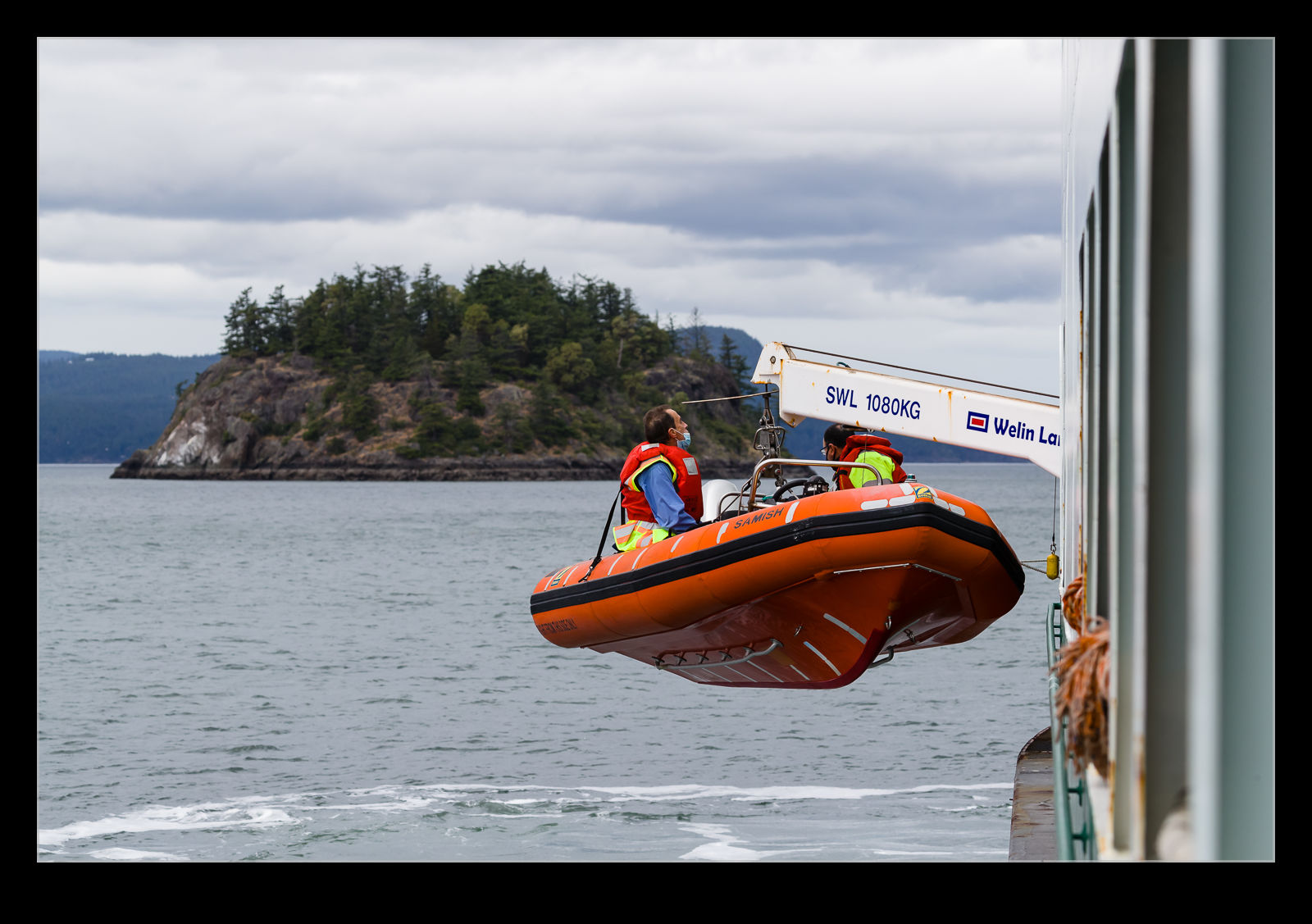 On our most recent trip to Orcas, we had an unusual experience during the ferry crossing to the islands.  The crew announced that there would be a rescue boat drill and that we weren’t to worry or do anything.  The ferry came to a halt in the open water and the crew manned up the RIB.  Fortunately, the RIB they were using was the one mounted on the side of the ferry we were parked on so I was able to lean out through the opening of the car deck and watch the launch. 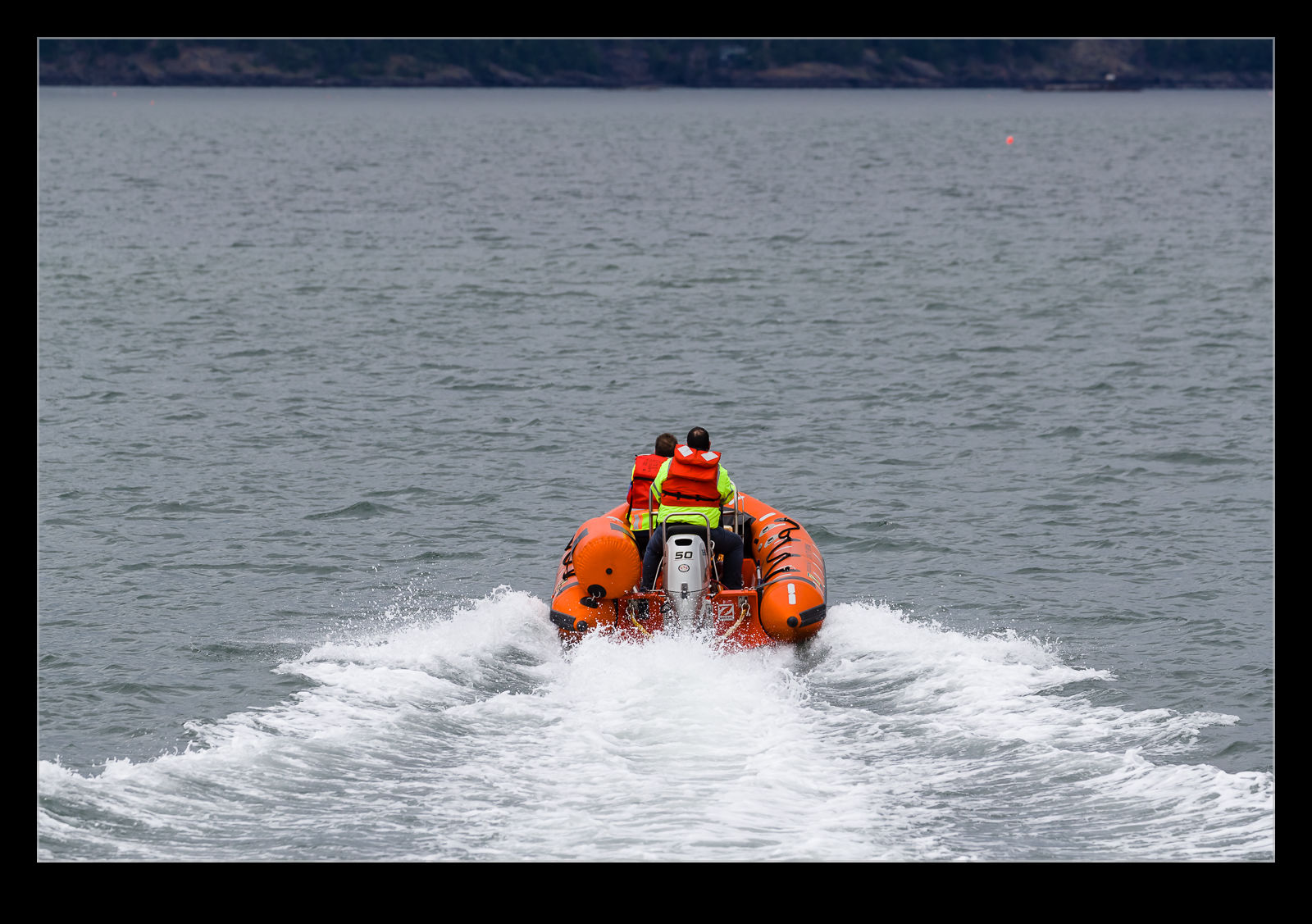 Two crew members got in the boat and then the davit was swung out and the boat lowered to the surface.  They got the motor going, let out the lines and zipped off in to the distance.  I figured they would shortly be back but they seemed to go quite a way off and then disappear from view.  Instead, the ferry powered up and continued on its way. 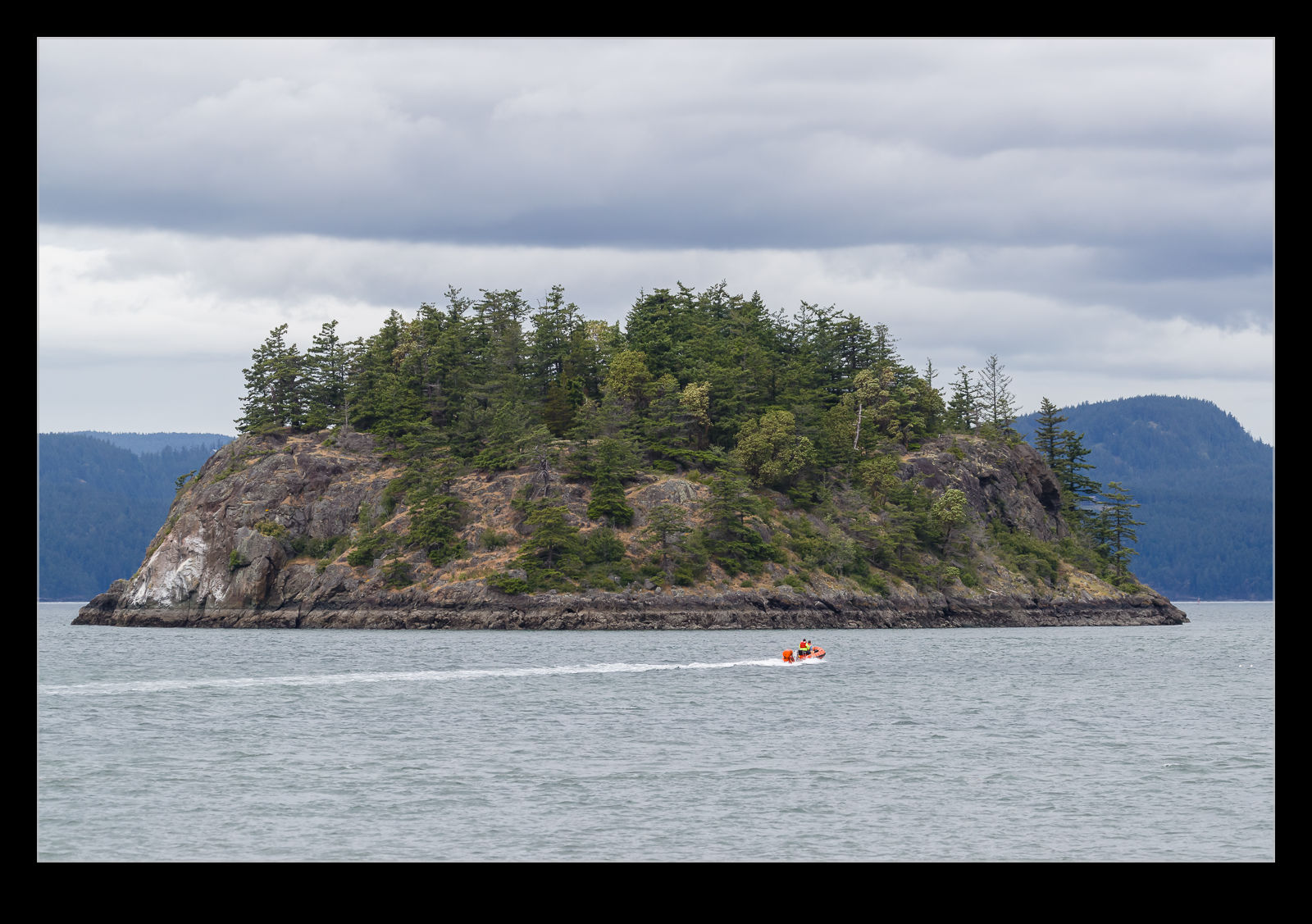 As we got closer to our first stop at Lopez, we caught up with the RIB and, after bringing the ferry to a stop again, the process was reversed and the boat was brought back on board before we resumed our normal crossing.  Reading the Washington State Ferries news emails, it appears that rescues are a pretty regular feature with the ferries picking up various water users that have got themselves in to trouble.  Good that they keep well practiced! 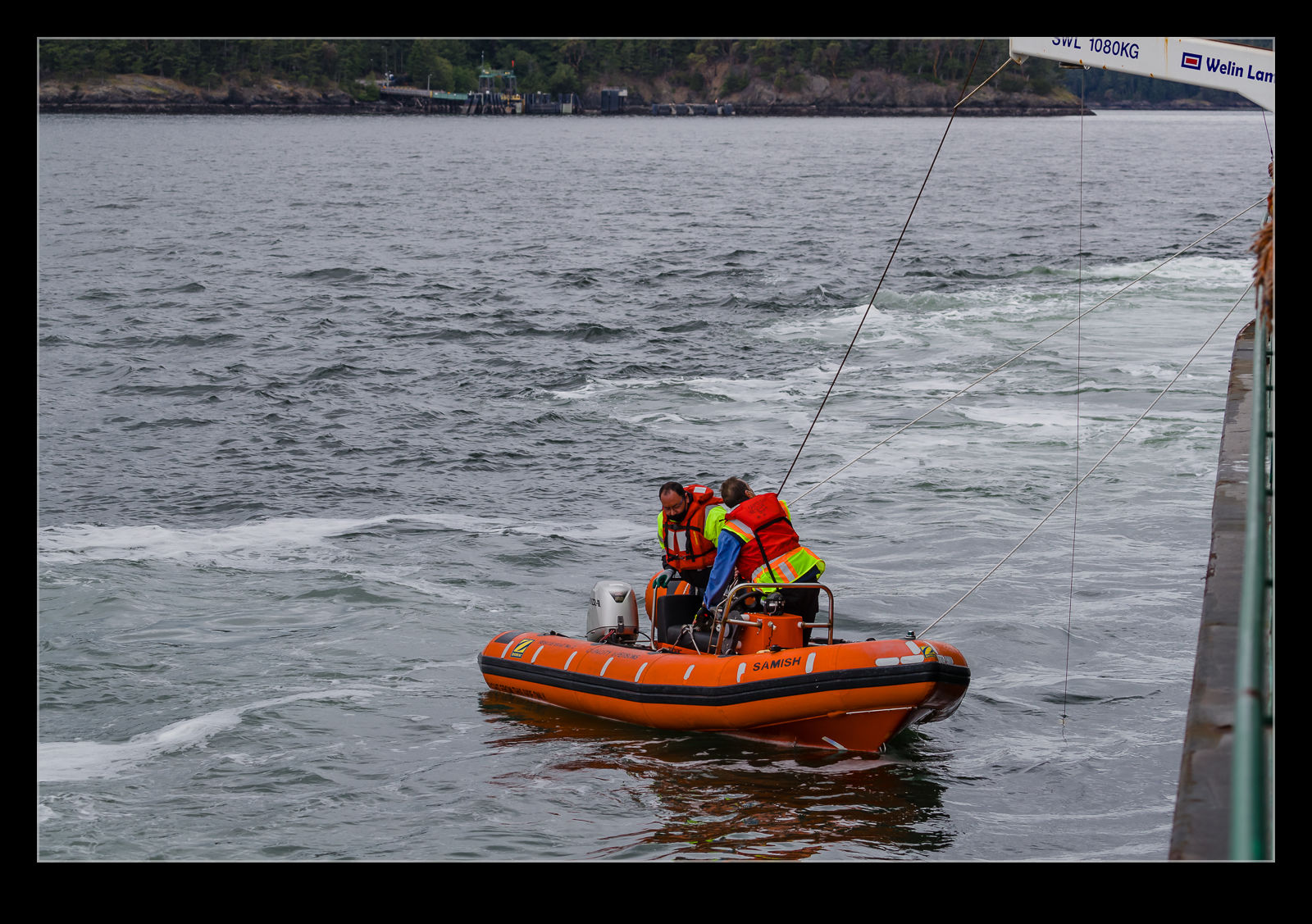 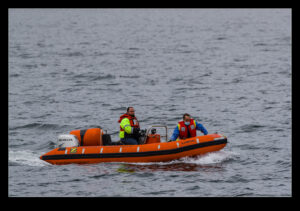 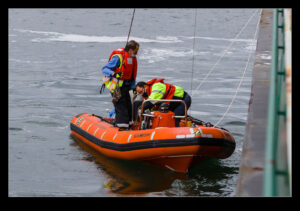