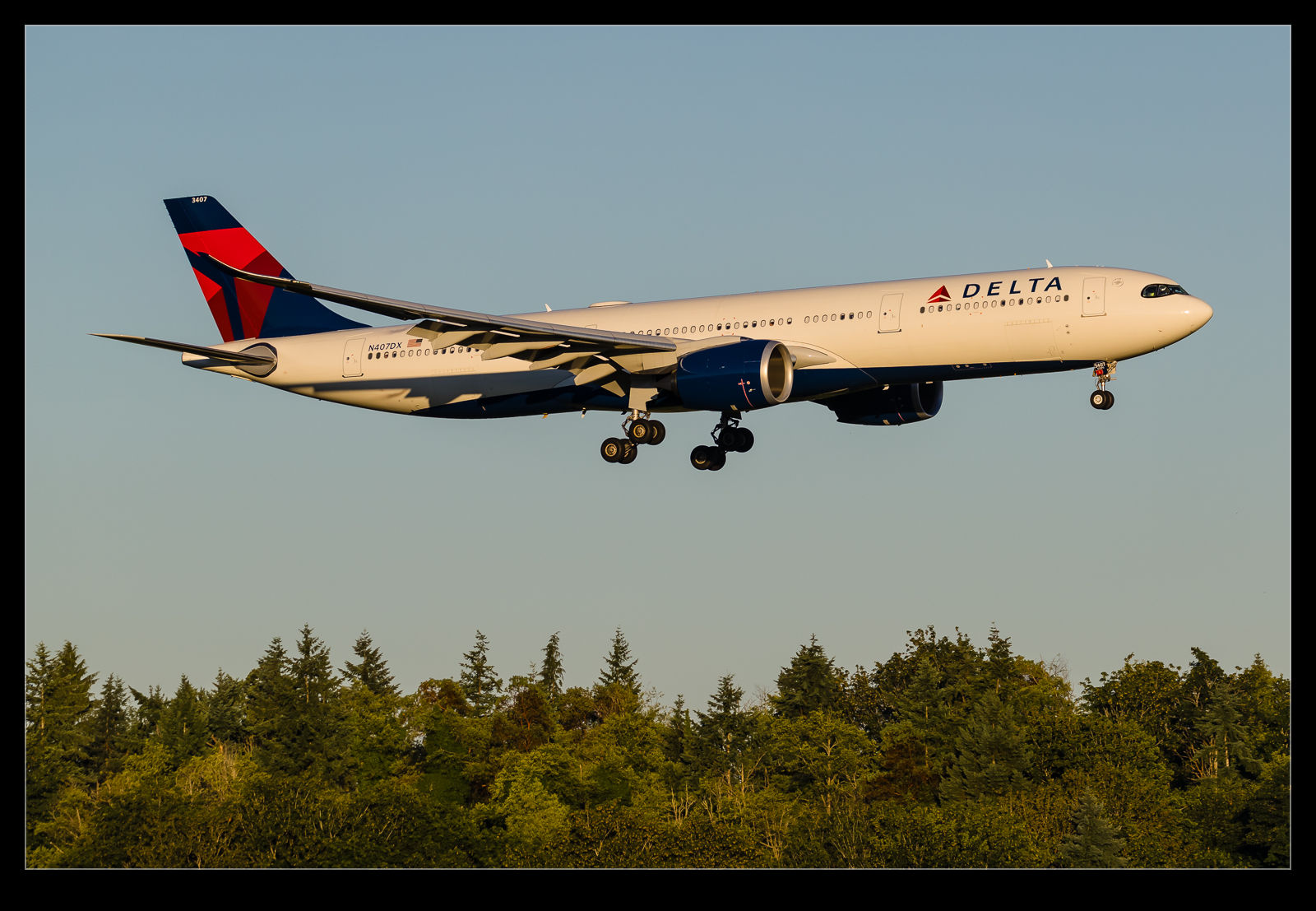 I complained recently about my lack of luck when shooting the A330NEOs that Delta operates out of SEA.  I finally got some better light on them.  I was out for the Aloha Air Cargo 767 which was coming in just after sunrise.  About half an hour later, Delta had a NEO coming in from Honolulu so I hung around.  The light changed a lot in that half hour with the super warm light getting a little subdued as the sun came up but it was still by far the best light I have had on one of these jets.  Thankfully it came in on the inner runway so no shooting it in the distance! 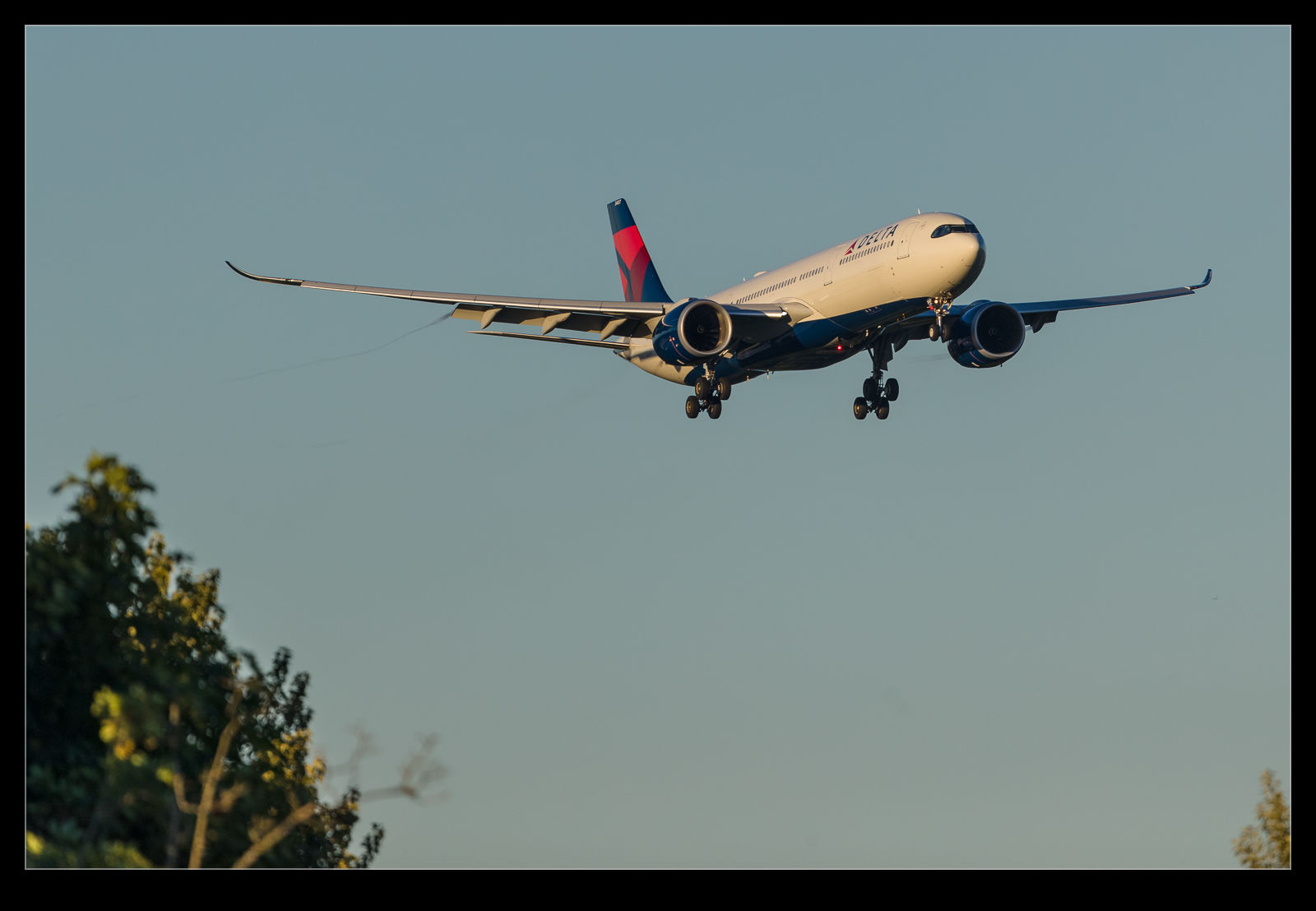