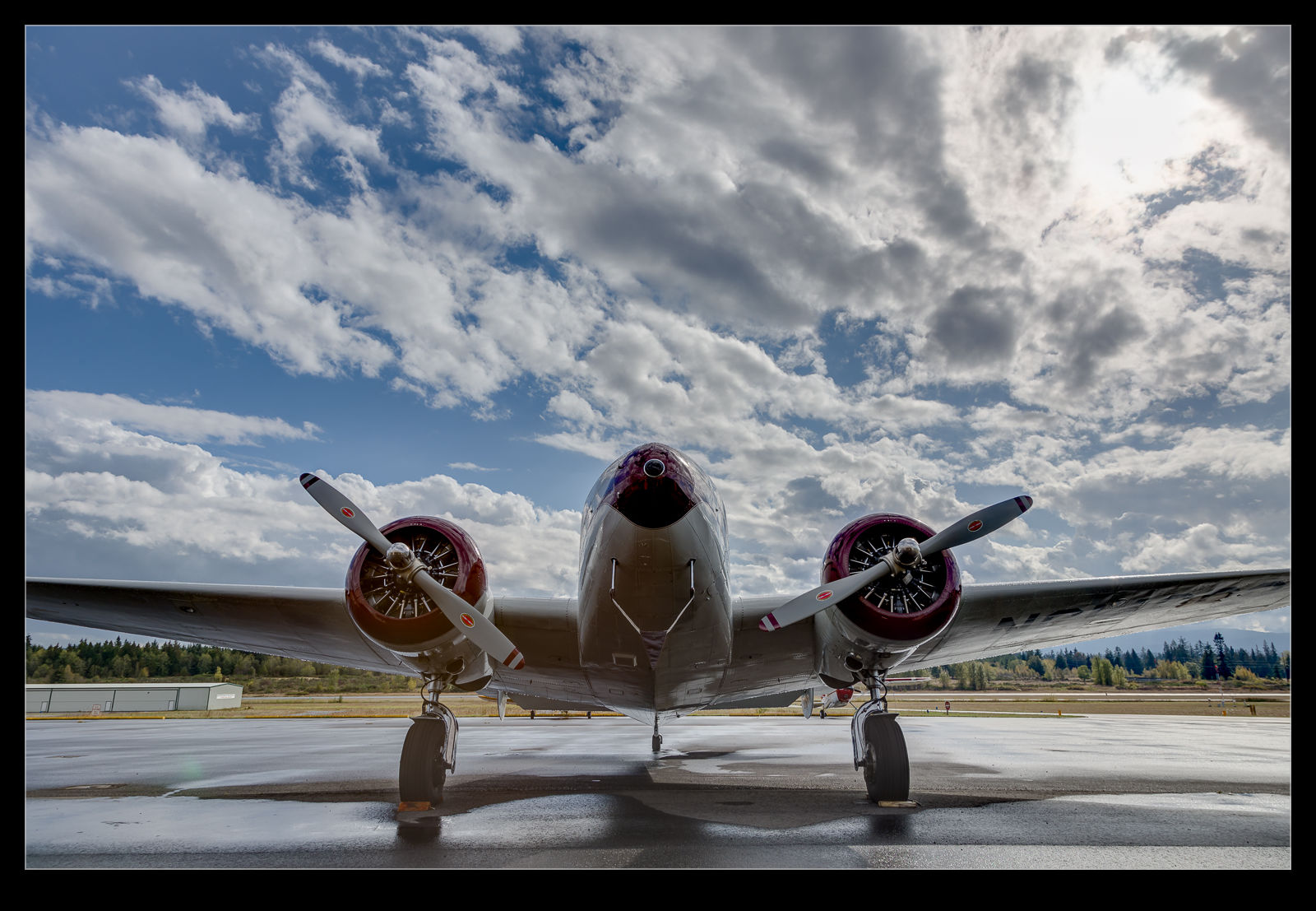 My visit to Port Townsend Aero Museum (which is covered in this post) was followed up by a quick walk around the ramp near the museum.  There were plenty of cool types around but I was instantly drawn to a Lockheed 12 that was parked up.  From a distance you could confuse this with a Beech 12 if you weren’t paying attention but, as soon as you look closer, the longer lines of the Lockheed show themselves. 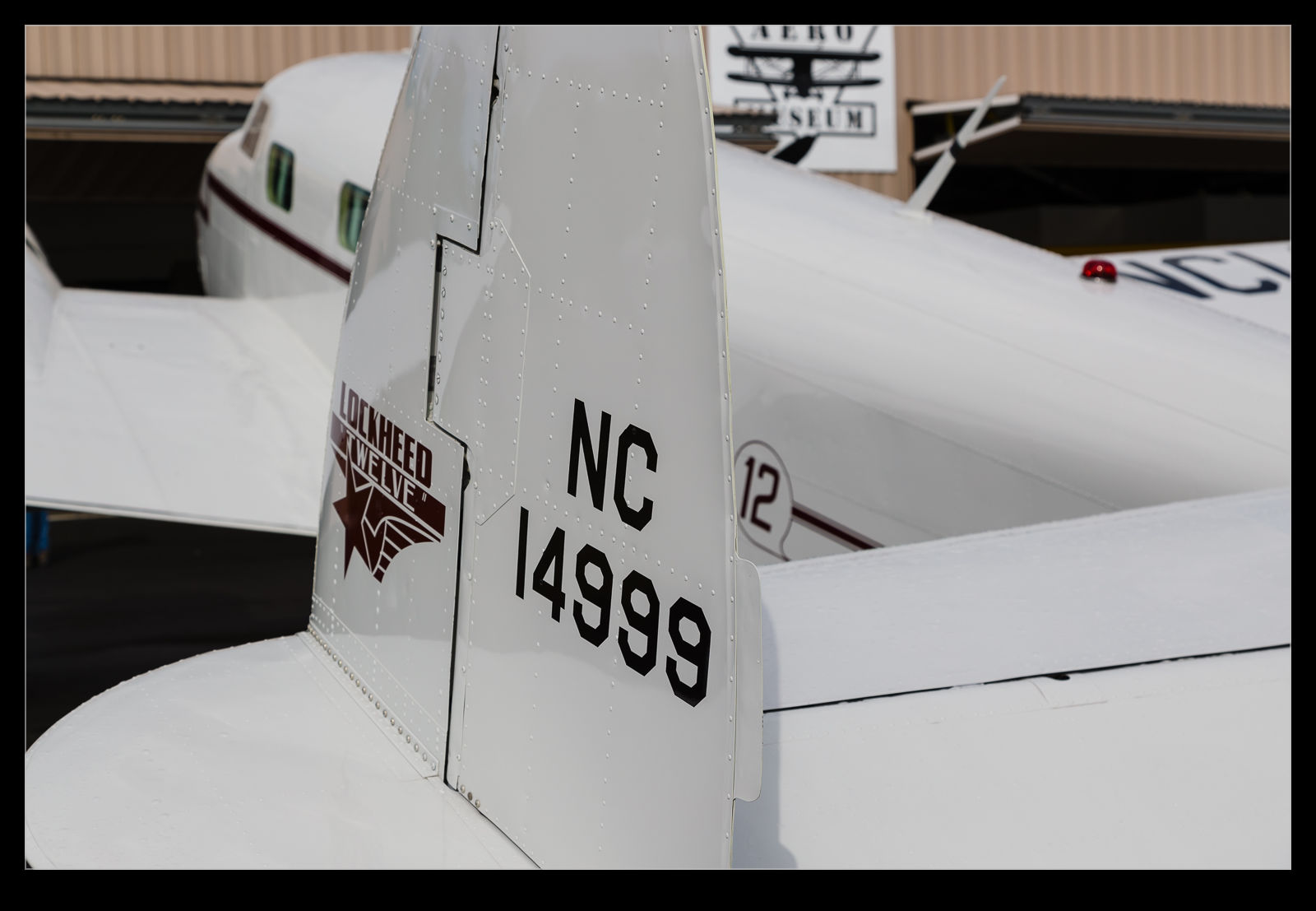 Apparently this airframe is for sale.  I am not familiar with the pricing of old aircraft but I believe that the Lockheed goes for an awful lot more than the similar Beech.  I guess there are a lot more Beeches around.  This one was tail on to the sun which was a touch inconvenient but, since they were willing to let me shoot to my heart’s content, I was hardly going to complain.  A little HDR helps too. 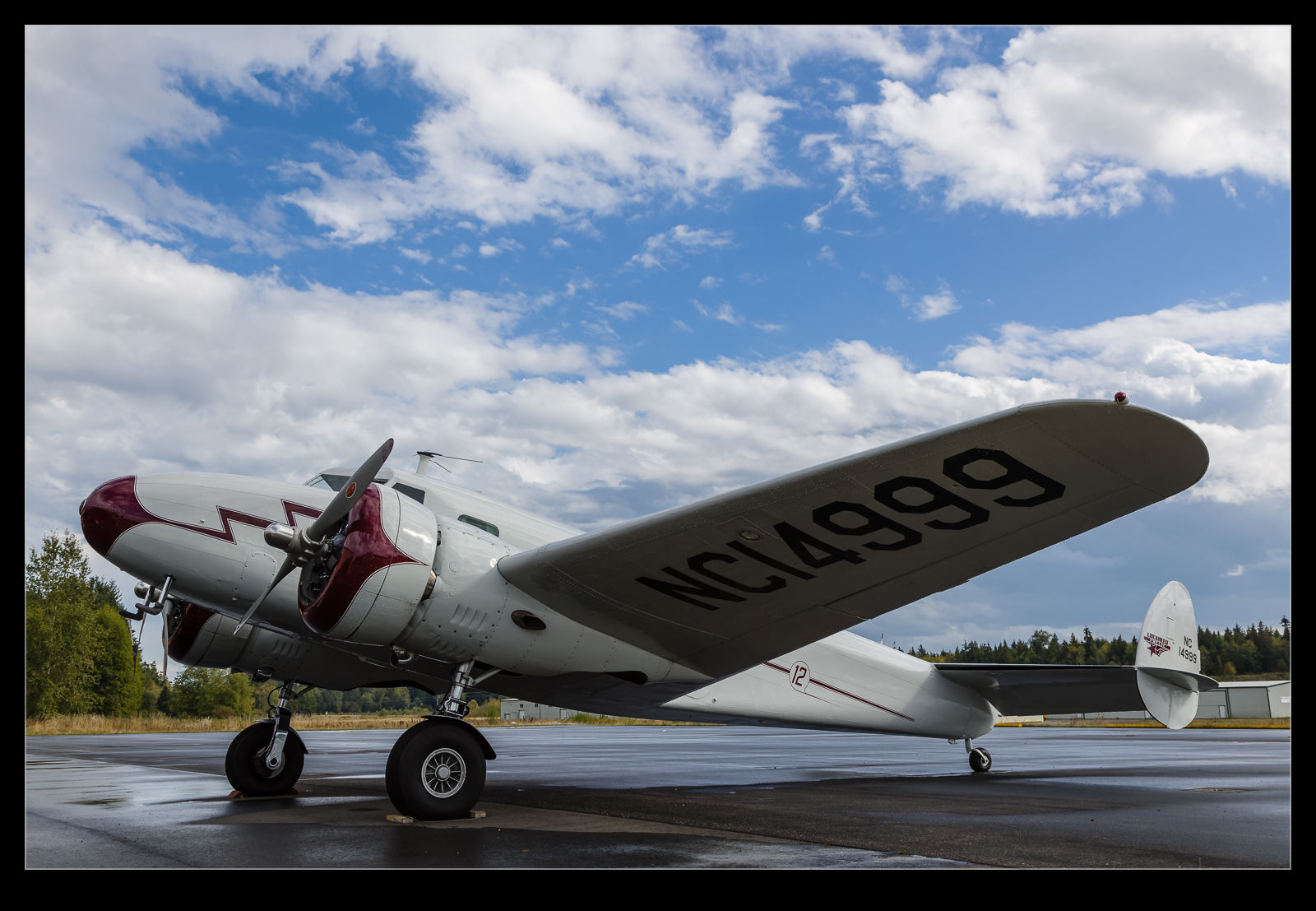