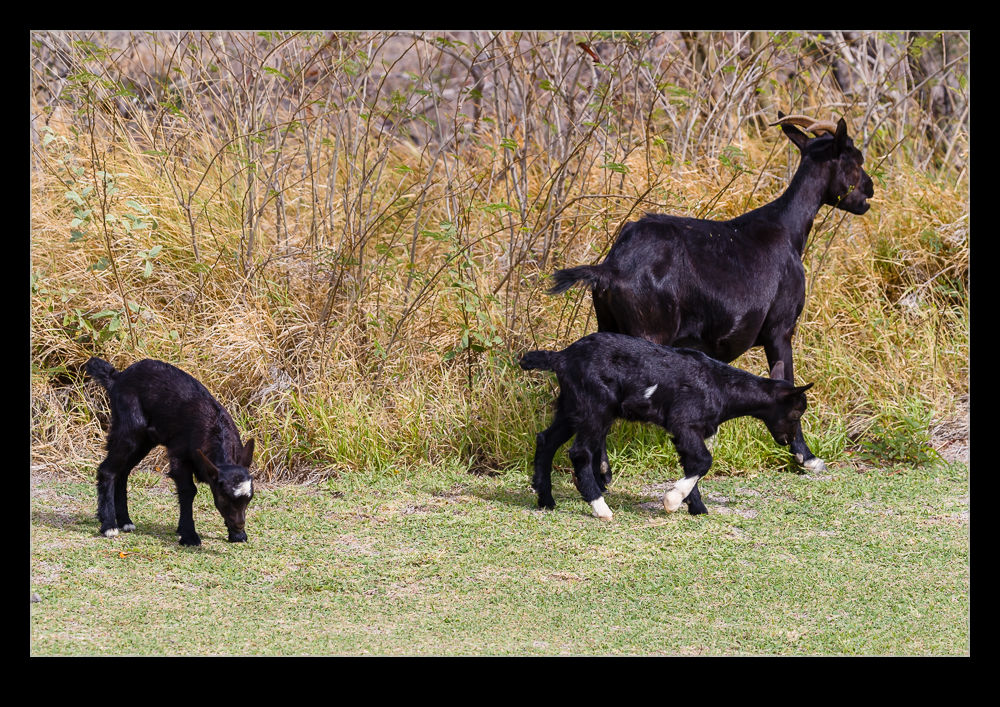 The Big Island has a large population of wild goats.  All of the larger animals on the island were introduced by the visiting peoples at some point and the goats obviously got well established.  You can come across them at all sorts of places as you travel the island.  I saw them a number of times but the one time I got to get shots of them was while waiting for my helicopter trip across the island.  They hang around the landing pads that Sunshine Helicopters use a lot and, according to our pilot, they are not always too enthusiastic about vacating the pads when the helicopters arrive! 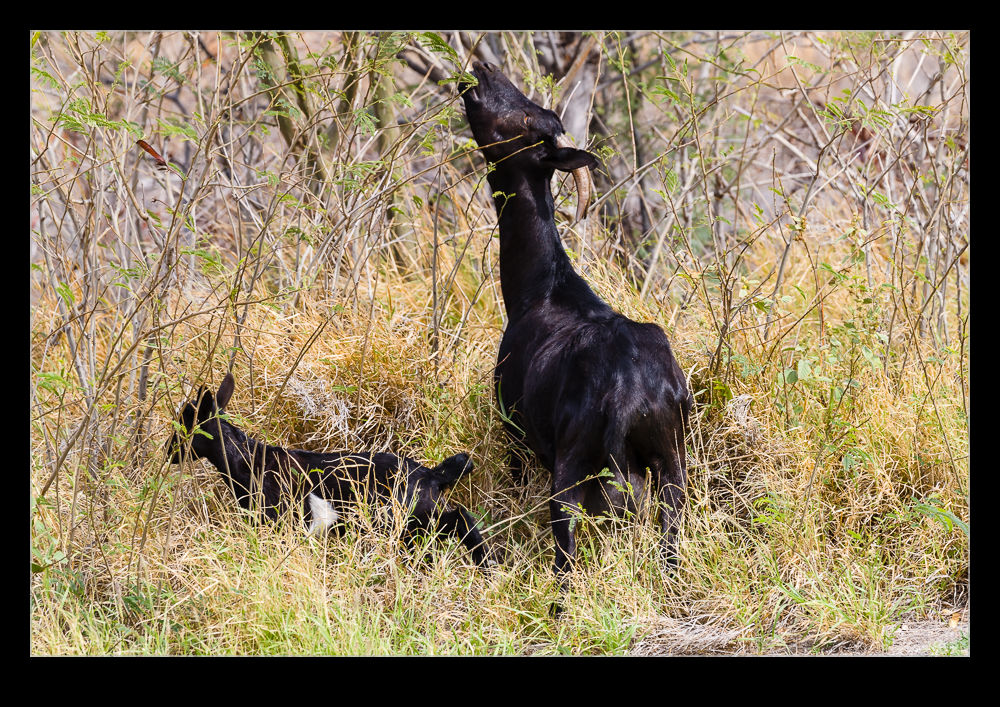 While we were waiting, they were certainly not shy.  There were both adult goats and some kids in the group that showed up.  The kids were clearly more timid and they would not go anywhere until the adults had been there a while to show that it was safe to do so.  They would stay back in the bushes for a while before coming out into the open.  As soon as there was any disturbance, they would jump back to somewhere that felt safer. 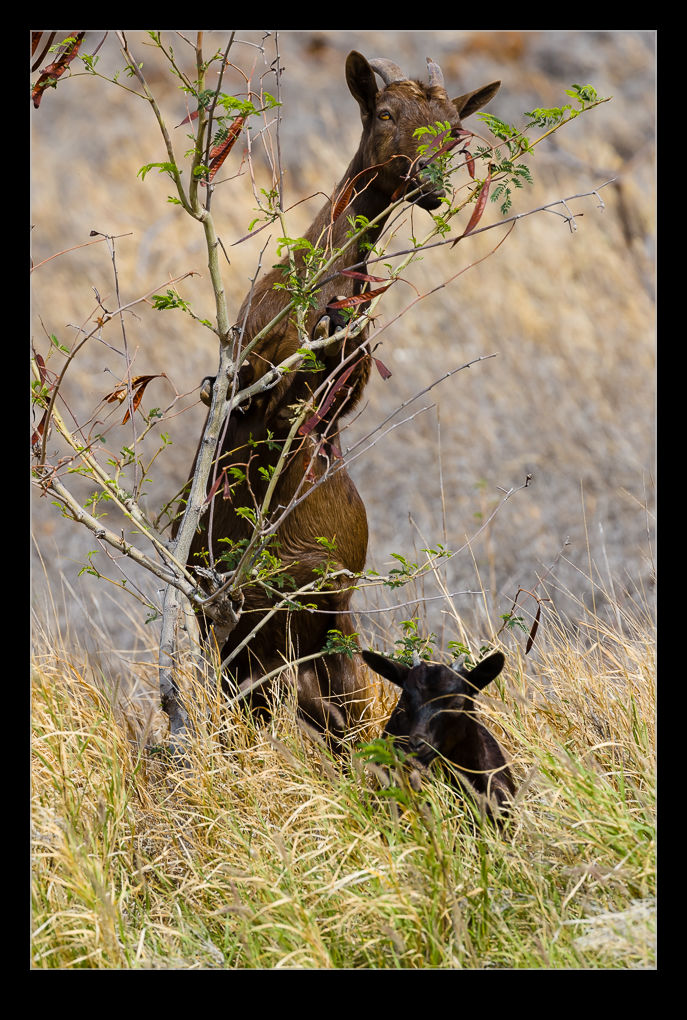 It was quite interesting to see how the group behaved when they first showed up.  The whole group hung back in the bushes for a while.  Gradually, as they realized that the people that were hanging around were not a threat, they became more comfortable in getting out in the open.  Anything that disturbed the environment would get them back out of the way but they would soon become comfortable again and come back out.  Indeed, we were soon so used to them that we were a bit bored with their intrusion too and we both went about our way with little concern for the other.