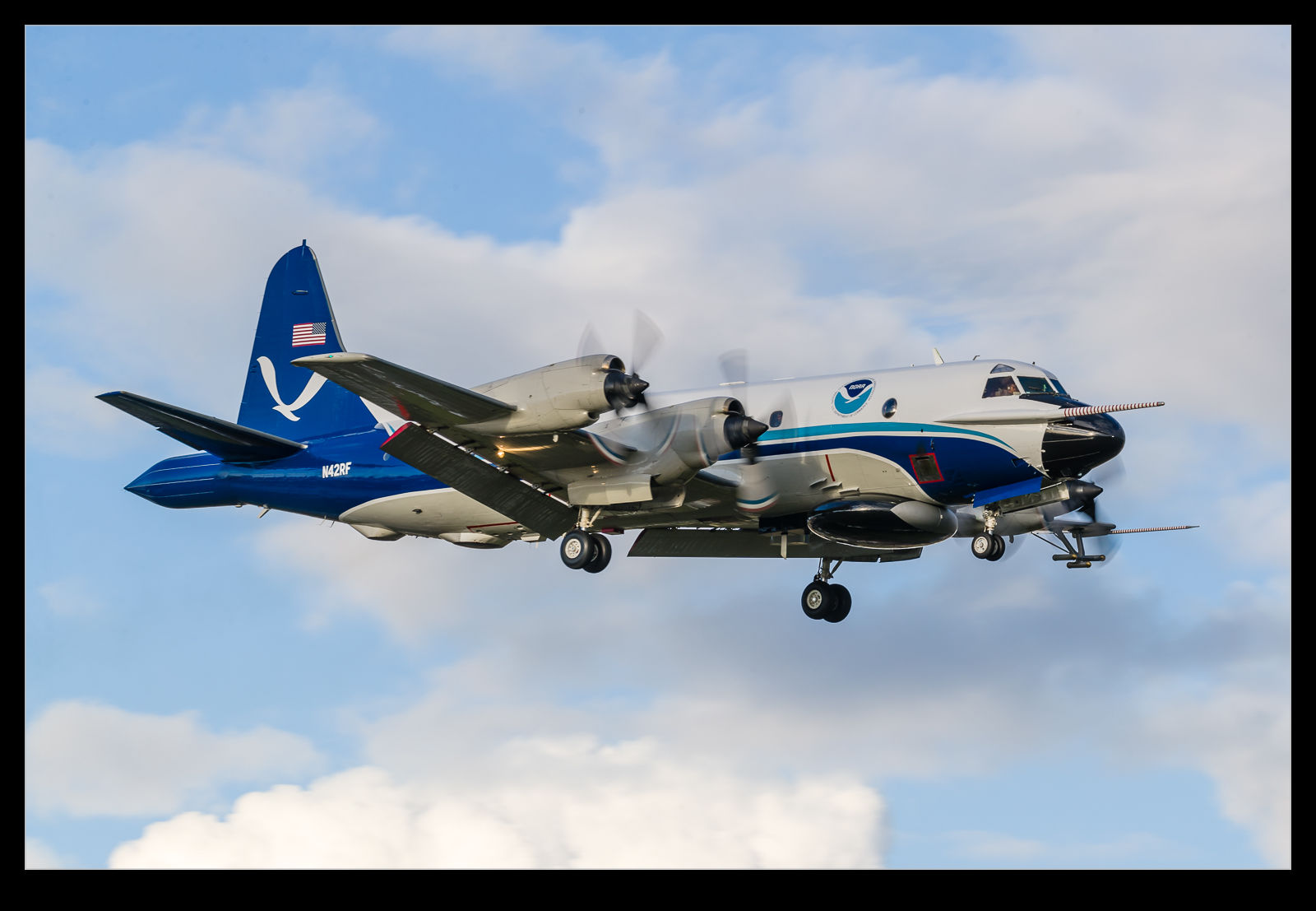 A couple of years ago, a NOAA Gulfstream was operating in the area for a while and I managed to get some shots of it that were shared in this post.  That Gulfstream had a couple of interested radomes fitted.  Another part of the NOAA fleet is a WP-3D Orion.  It also has some interesting radomes and antennae installed.  It is based in Florida – there are usually storms to follow on that side of the country.  However, the Pacific has its share of storms too and NOAA studies them as well. 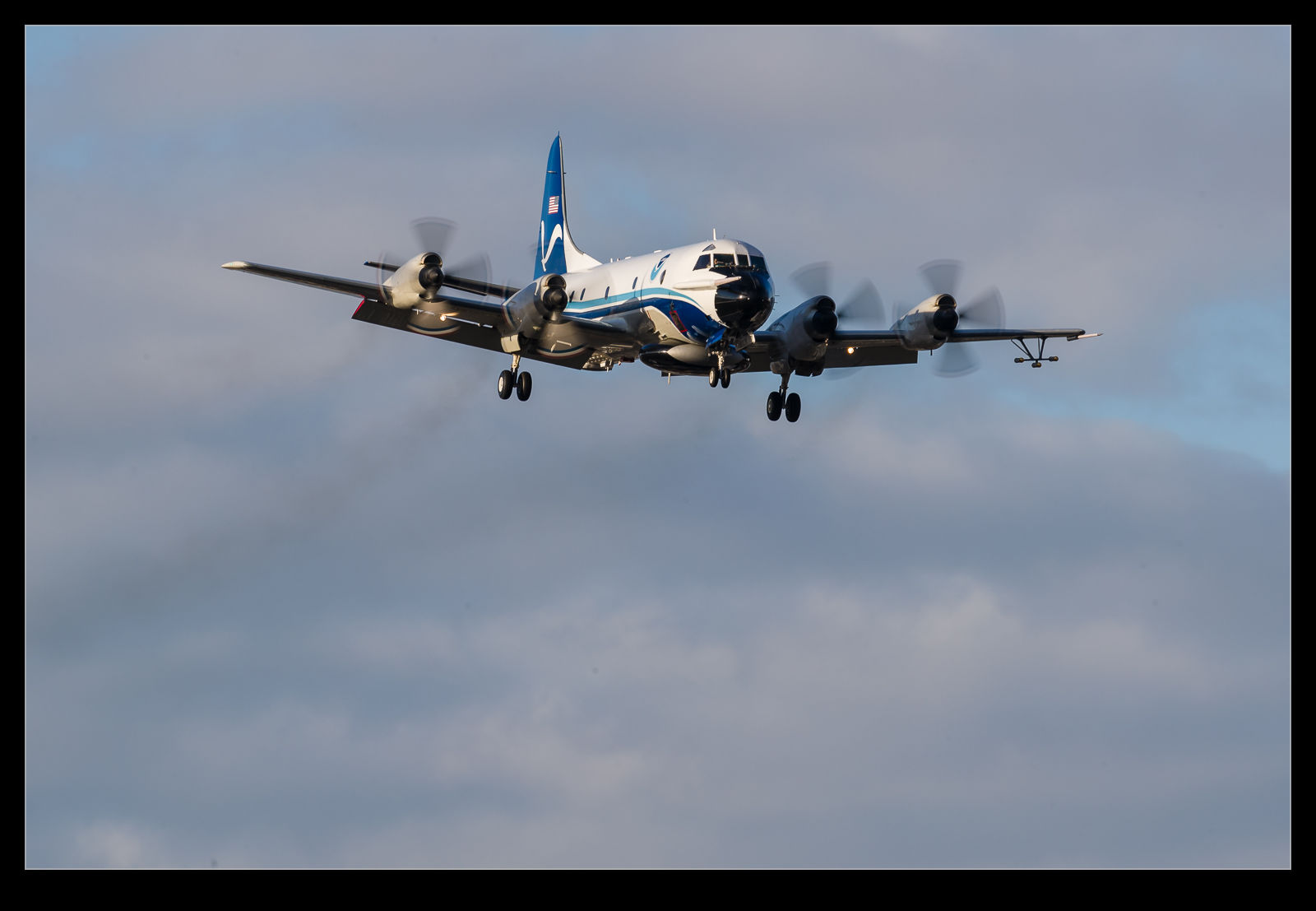 Consequently, NOAA recently deployed the WP-3D to Alaska to pay attention to some weather activity out in the ocean.  They staged it through Boeing Field to split the journey up there in two.  I was waiting for it when it arrived.  The conditions had been pretty overcast but, with a late in the day arrival, the cloud cover was starting to break up and the sun popped out just in time for its arrival.  An interesting airframe with a nice color scheme.  It headed on the following day but I couldn’t be there for that. 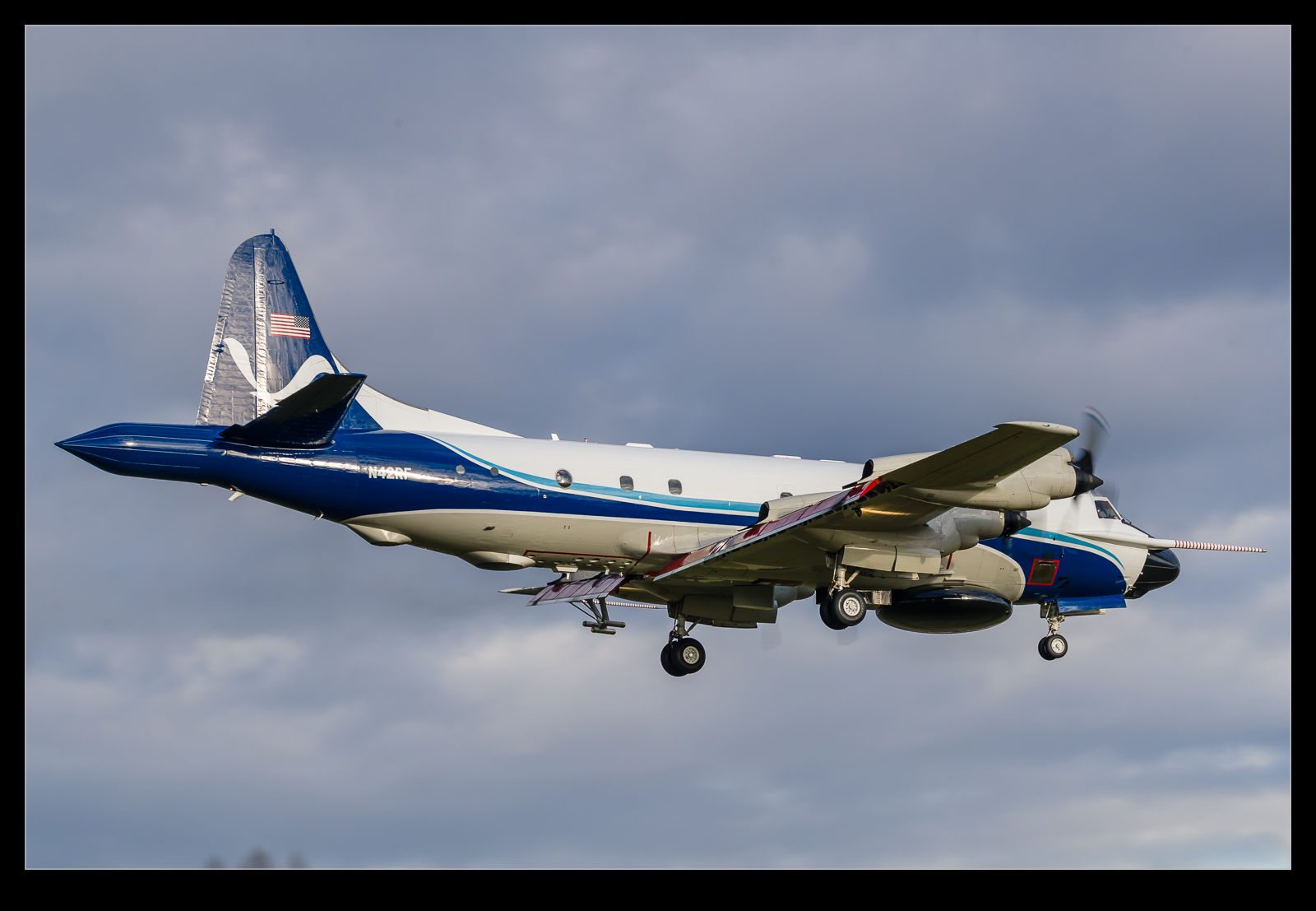