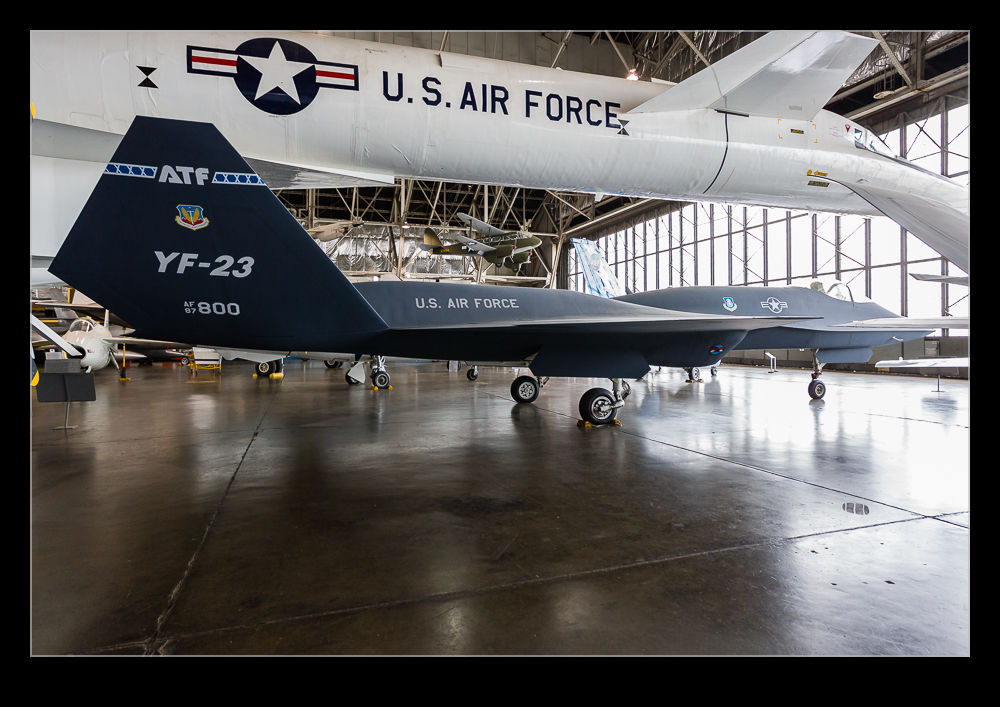 All of my interest in Dayton that has shown up in some previous posts was originally driven by a search for some shots I had taken at the National Museum of the USAF at Wright Patterson AFB in Dayton OH. I have been to the museum on a couple of occasions. The first time was not a planned visit and I was able to check out a good part of the collection but was too late to make a visit across the field to the hangars that hold the presidential airplane collection and the flight test collection. 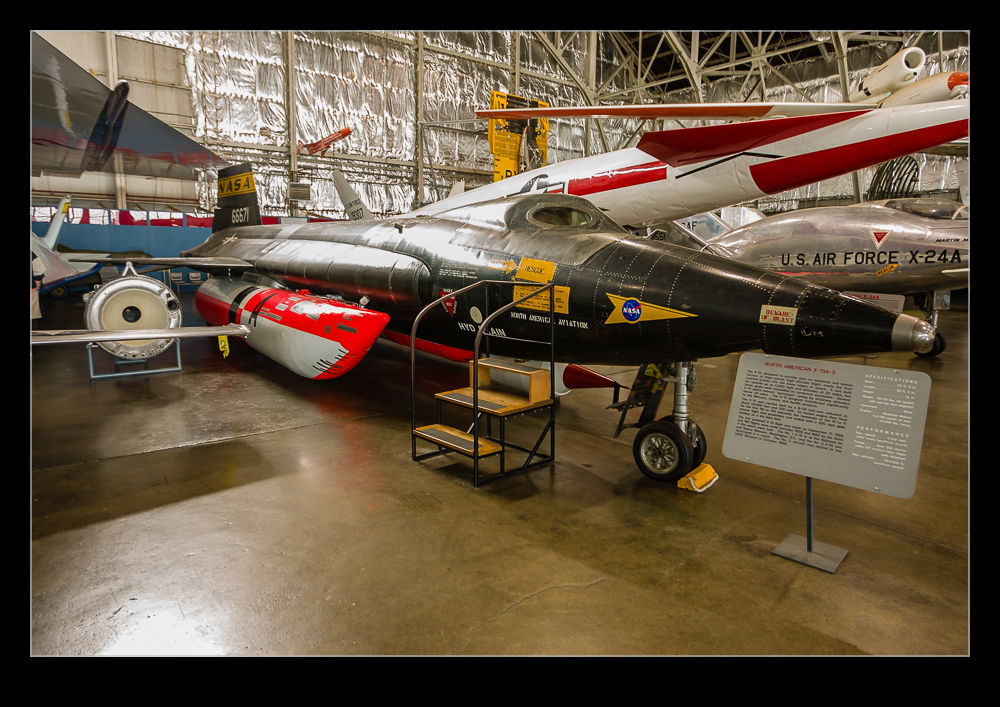 Consequently, on my second visit I made the effort to get there early and secure a slot on the shuttle bus across to these hangars. The main collection is very interesting and had changed a bit between my visits but the rarities in the flight test collection were really what had drawn me back. Photographing in the main hangars is a little impeded by the light – or lack thereof. It is very dark and some of the aircraft are similarly dark which results in some very difficult photography conditions. 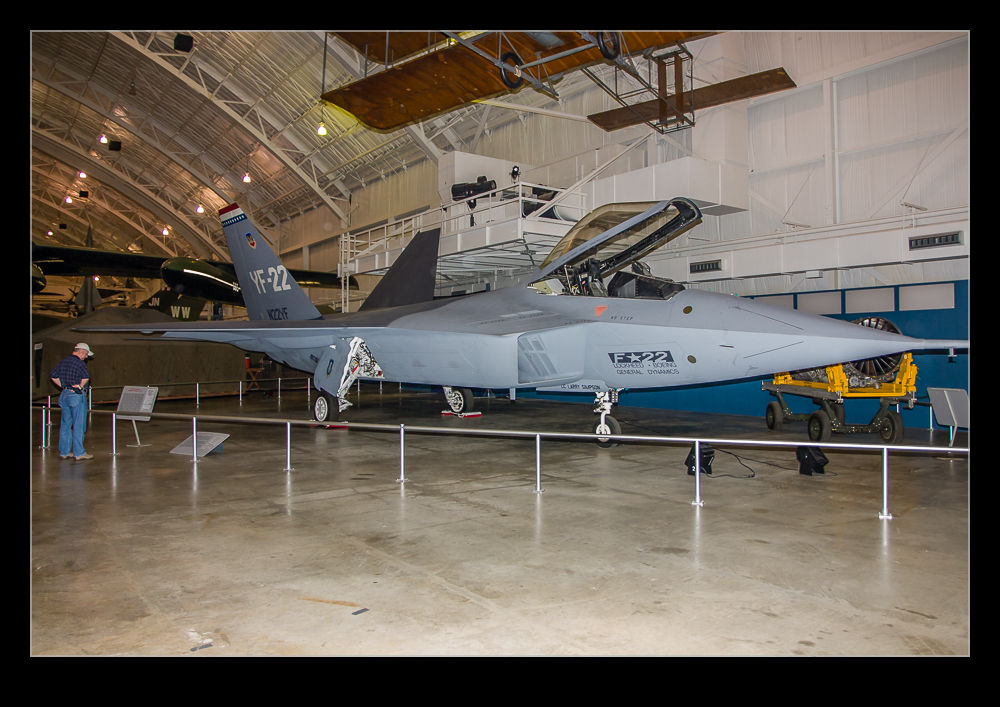 The majority of the main hangar aircraft are USAF aircraft but you do find some other types in there. There are a variety of MiGs on display as well as an RAF Tornado in Granby colors. The changes in the collection include the presence of a YF-22 demonstrator on my first visit which had been replaced with an F-22 development aircraft on my second. Also, an F-117 had appeared for the second visit which I hadn’t seen on the previous trip. The relevance of unmanned vehicles is reflected in a variety of types showing up as well as some research vehicles. 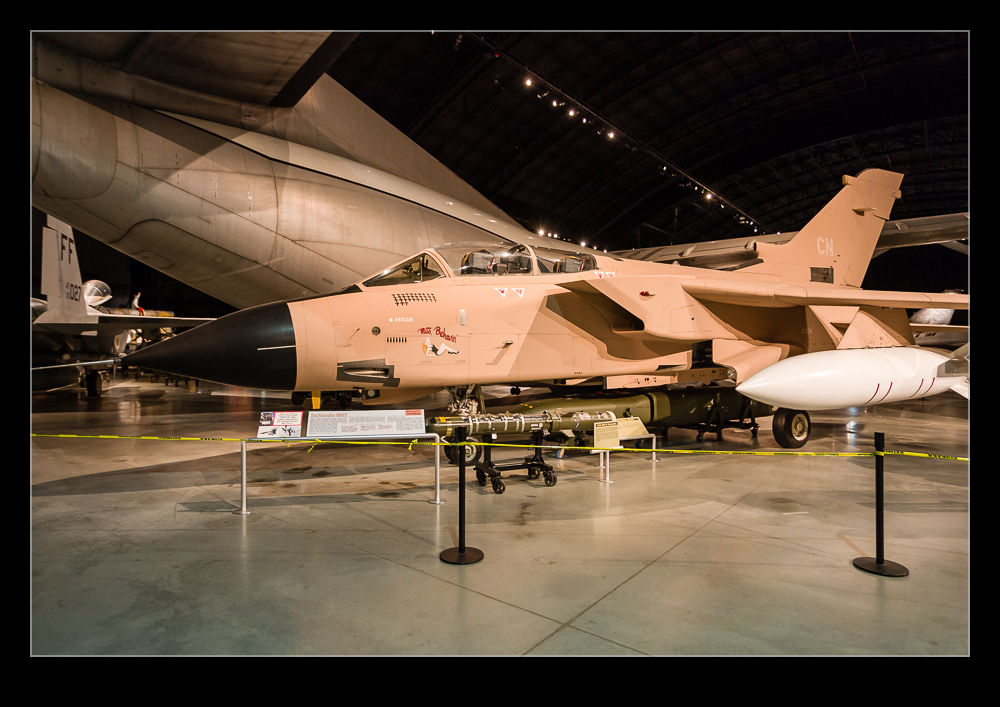 However, the research hangar was really what I wanted to check out. There are some amazing aircraft on display. I was fascinated to see them all but there were really three that were the focus of a lot of my attention. The B-70, the YF-23 and the X-29. Sadly, the variety of aircraft on display is a problem given the constrained size of the hangar. Everything is piled on top of everything else to make it fit. This makes it necessary to take care as you walk around to ensure that you don’t walk into things. Also, it makes getting photographs a little tricky. Something is always intruding in to your shot. They weren’t rolling stuff outside for me so I had to go with what I could get. Air data booms and propellers do tend to show up in odd places though. 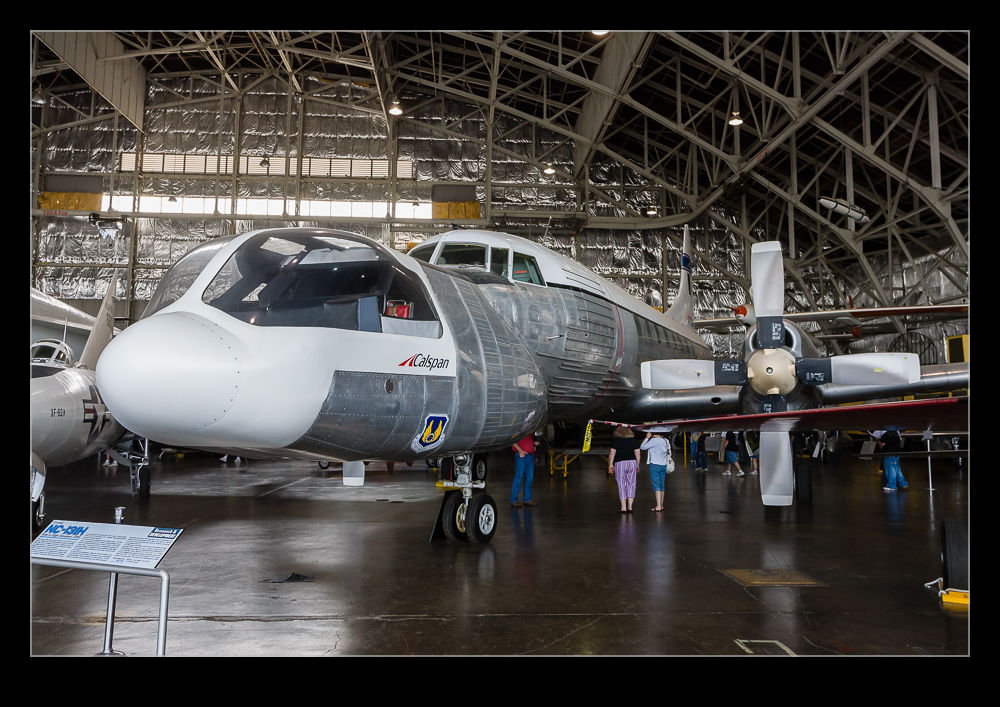 Other aircraft of note include the AFTI F-16. Sadly, this aircraft went through many iterations during its life and the one in which it was when retired is not as interesting as when it was set up for control configured vehicle research. That was a plane I loved when I was young. It is funny that this hangar also includes a YF-12, the YF-107 and an X-15 and these only warrant mention this late in the piece. However, there are other equally unusual types there which don’t even get a mention although they will show up in the pictures. That is how cool this hangar is. For an aero engineer like me, these research types are really great – particularly when you have only read about them for many years. This place is great. What a shame you are limited in how much time you can spend there before they bus you back to the main museum campus.