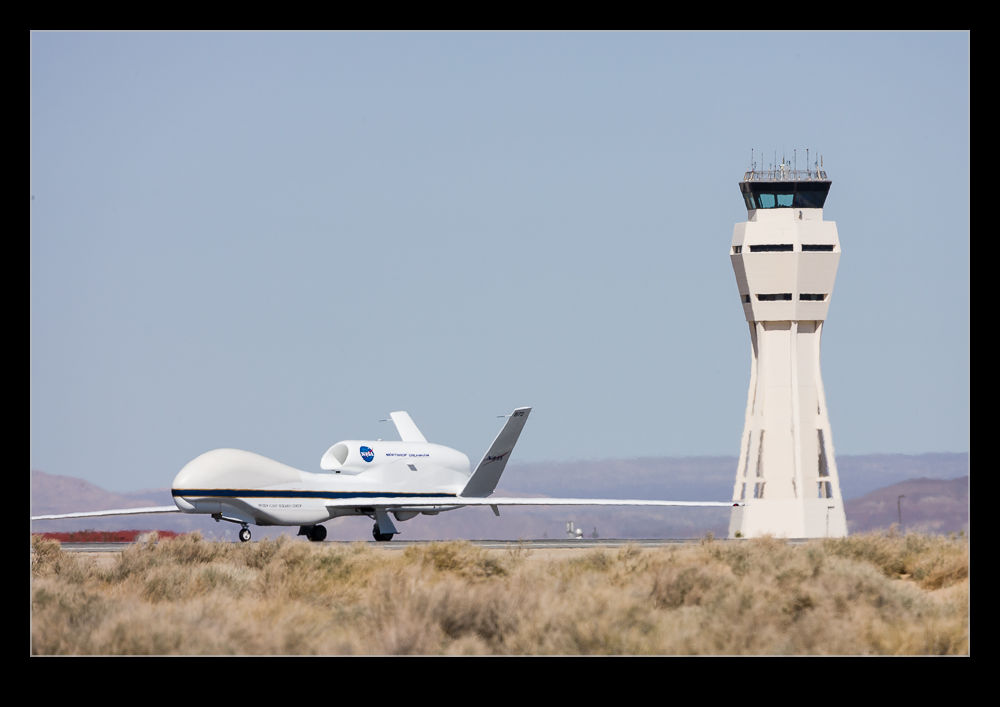 My first trip to Edwards AFB was in 1990 as I wrote about in this blog post. My next trip was quite a bit later. This was a visit arranged by my friend Richard ahead of an ISAP symposium. It also allowed a lot more opportunity to see the aircraft. The visit was broken in to two main elements. The first was a walk along the flightline and the second was heading to the other side of the runway to shoot arrivals and departures. 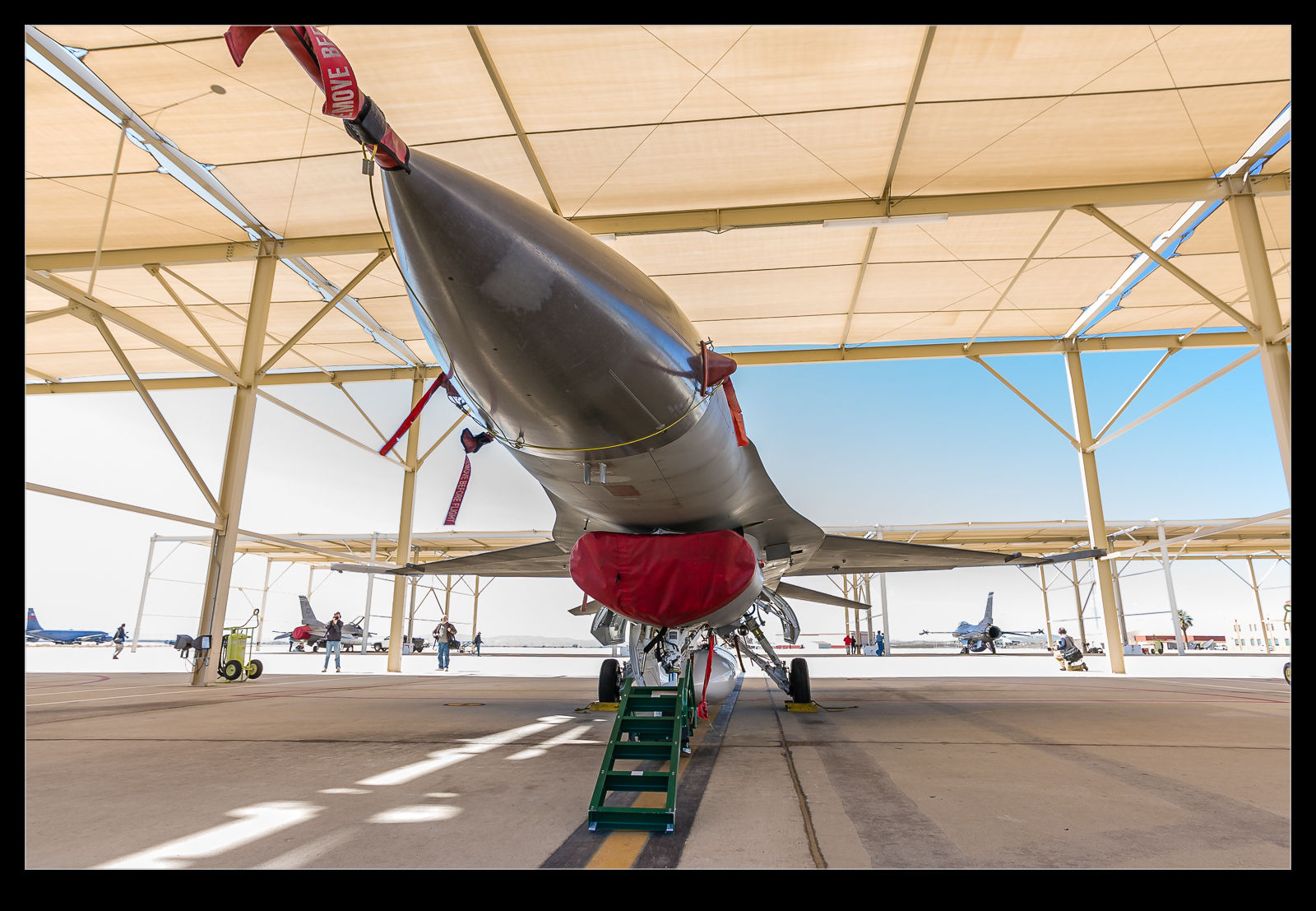 The diversity of types on the flightline has dwindled since 1990. Now there are an awful lot of F-16s and not so many other types. However, test jets look cool in their non-operational colors. Shooting under the sun shades is good for protection from the elements but it does make for some wide ranges of lighting conditions and some odd color casts. 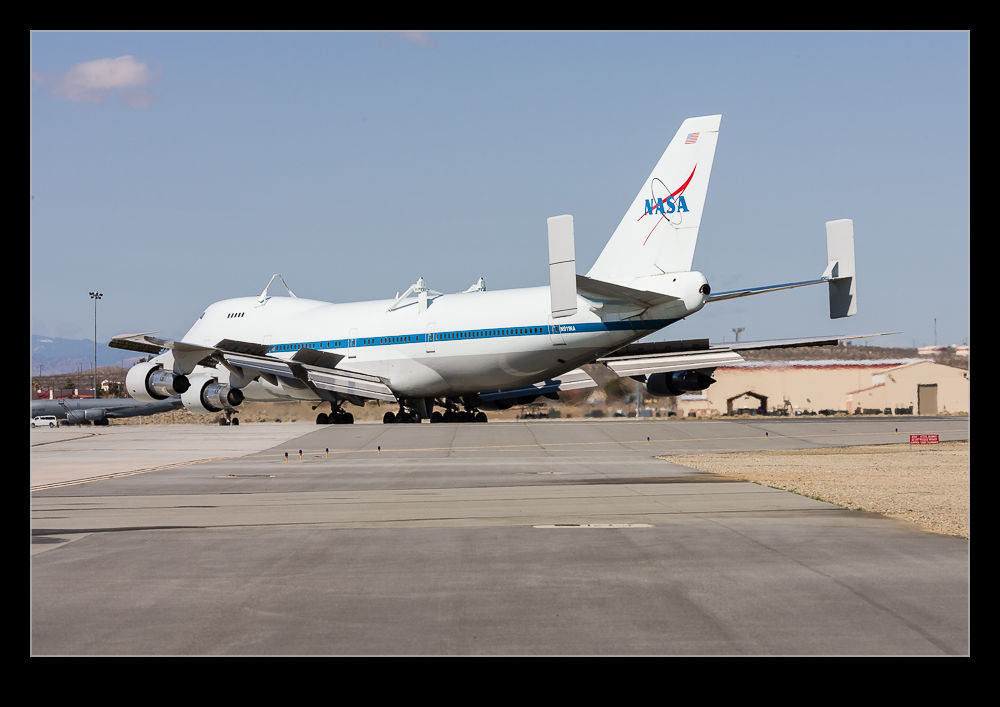 Once on the other side of the runway, we had some great options for shooting the jets in action. Heat haze is always a problem, particularly somewhere as warm as Edwards can be, but you can still get some interesting aircraft. We were hoping to see some F-35s but were disappointed this time. However, we did get one of the F-35 test support F-16s from Denmark which was nice to see. We also had aircraft from the Test Pilot School out doing their thing. 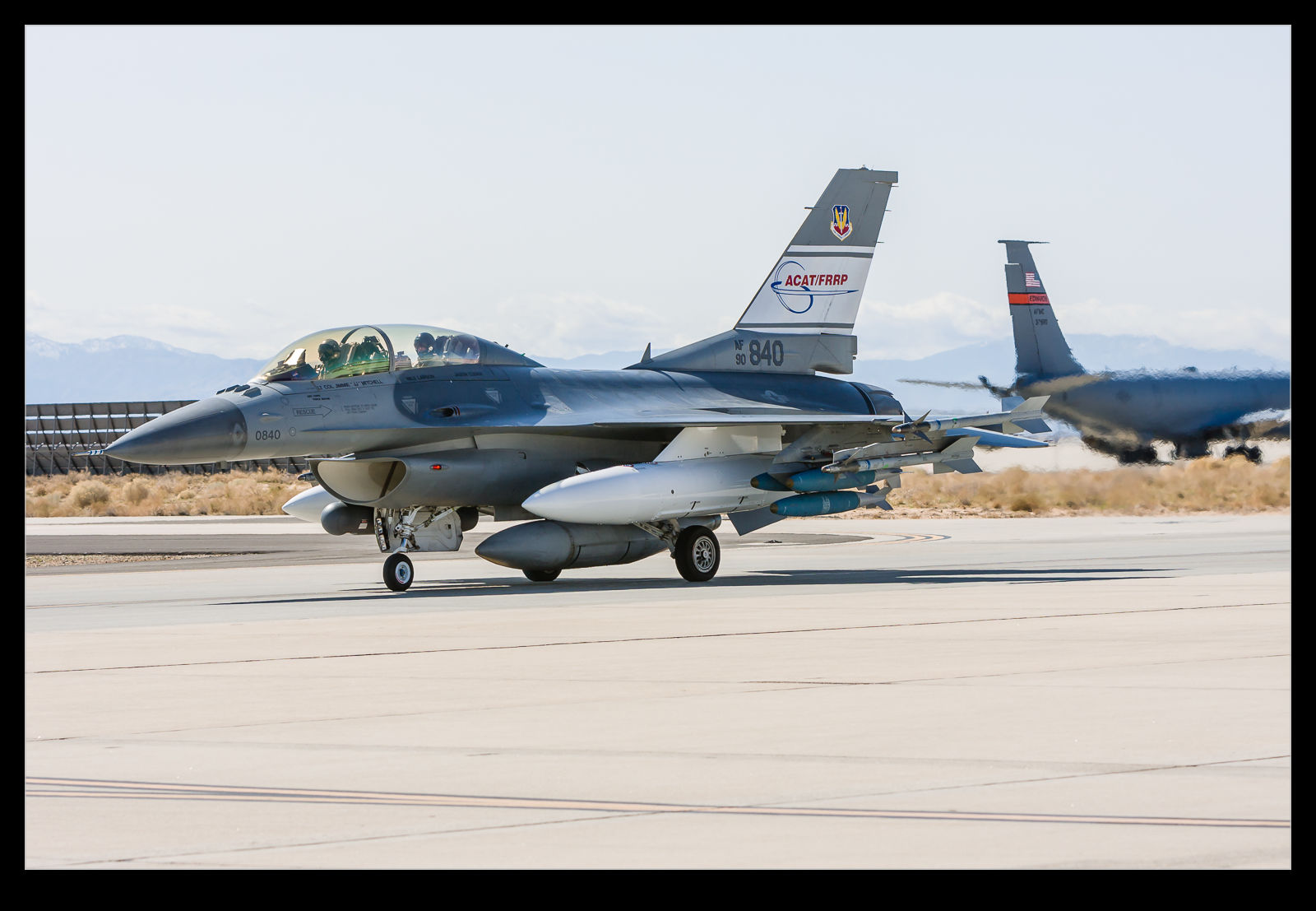 A couple of more unusual aircraft showed up while we were there. One off the NASA Shuttle Carrier Aircraft was on a training sortie. With the program now curtailed, this was the last chance I had to see one of these 747s in the air although not with a shuttle mounted on it! NASA was also using one of their Global Hawks UAVs and it landed while we were there. An old Gulfstream also landed. It had unusual markings to simulate a missile for tracking systems. This used to be undertaken by a C-135 aircraft but it has been retired and replaced by the Gulfstream which, while not a new jet, is still probably a lot cheaper to operate. 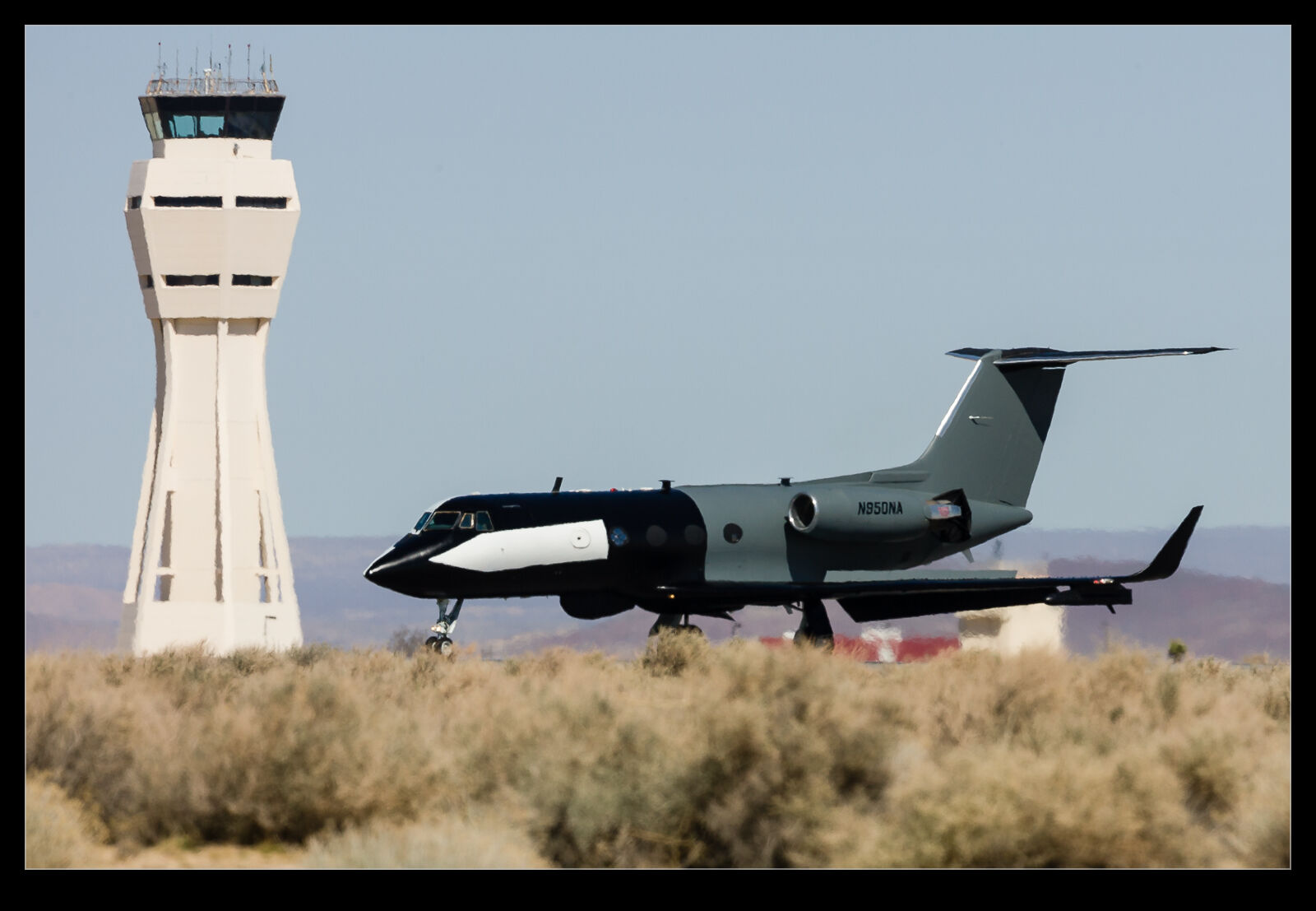 We also got to see some of the museum aircraft including the twin seat A-10 I had shot in 1990! The trip was over far too soon but we had a great time and saw some cool stuff. Thanks to Richard for organizing. Now I need to get myself back there to see what the latest fleet is up to.