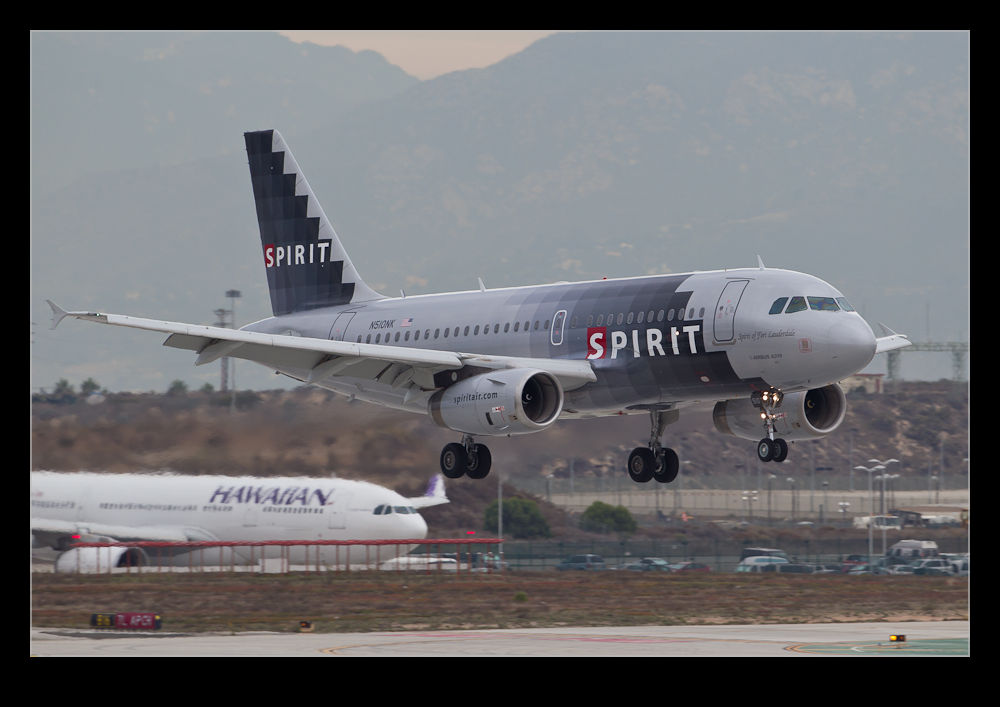 One of the surprising benefits of the bad weather system that passed through Los Angeles while I was there was that it made for some different operations at LAX.  LAX has four runways in two pairs, one north of the terminal complex and one south.  The prevailing wind is from the ocean so everything tends to operate with arrivals and departures in a westerly direction. 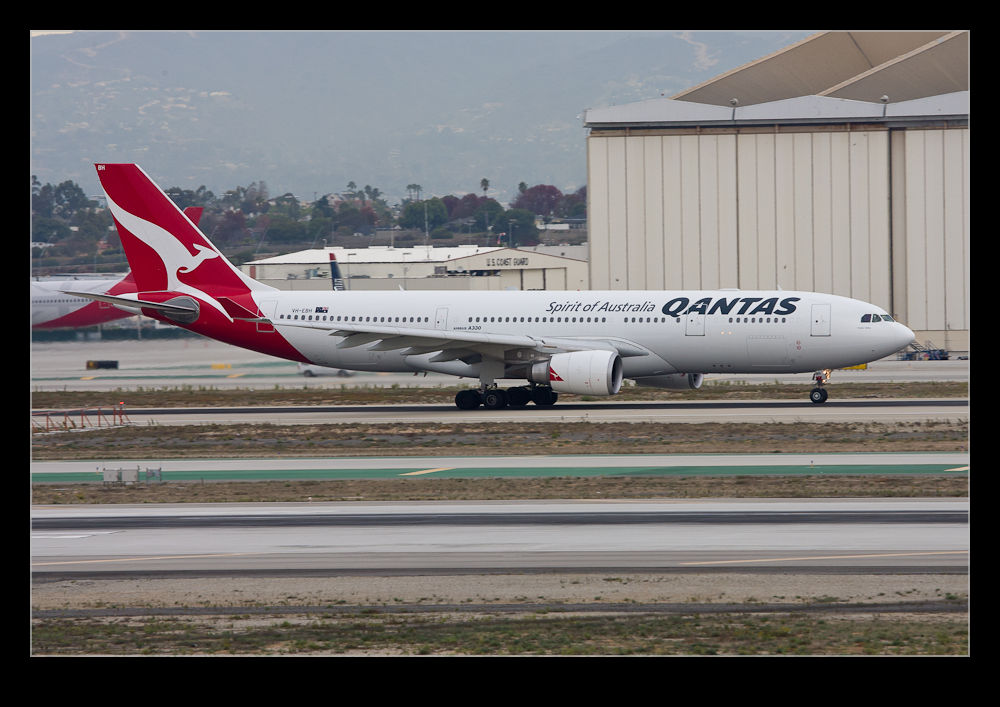 The airport is pretty much designed to operate this was – more so since the construction of the extension to the international terminal has resulted in the cross taxiway between the north and south areas being closed off.  Moving aircraft from the north to the south and vice versa seems to be a bit of a hassle and, for some reason, if the traffic is operating in the opposite direction, it seems to be just that bit harder. 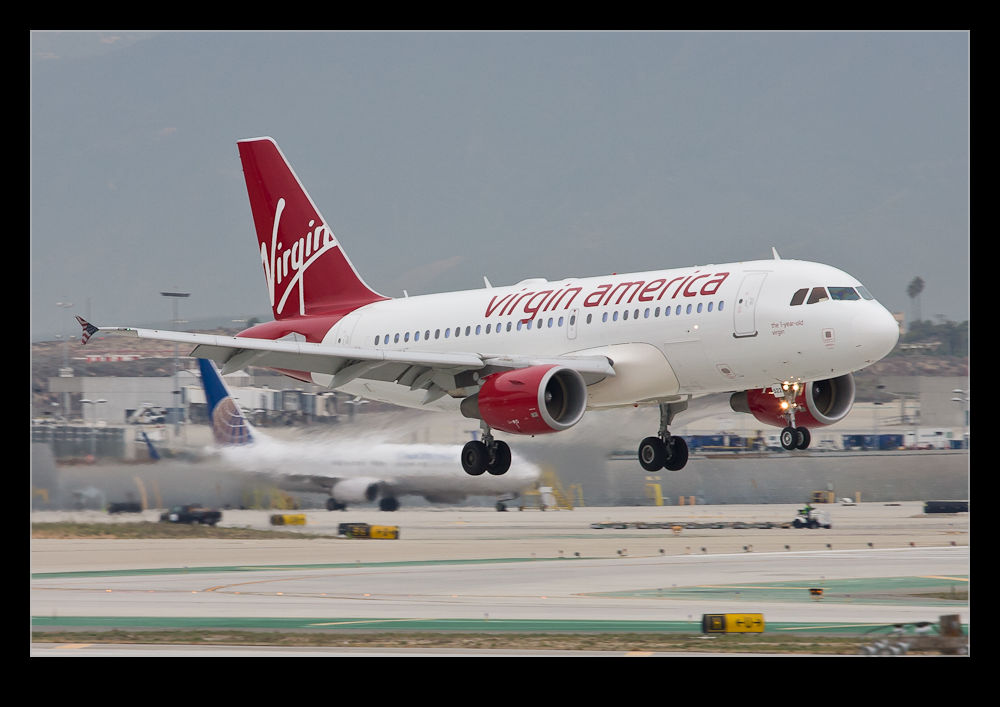 When the weather turned bad, operations started out in the morning with some westerly movements and some easterlies.  Some of these were simultaneous with arrivals heading towards departures coming out from the other side of the field – not unsafe but certainly a little disconcerting I imagine.  As the wind strengthened, the incoming flights were redirected and the airfield went to a full easterly operation. 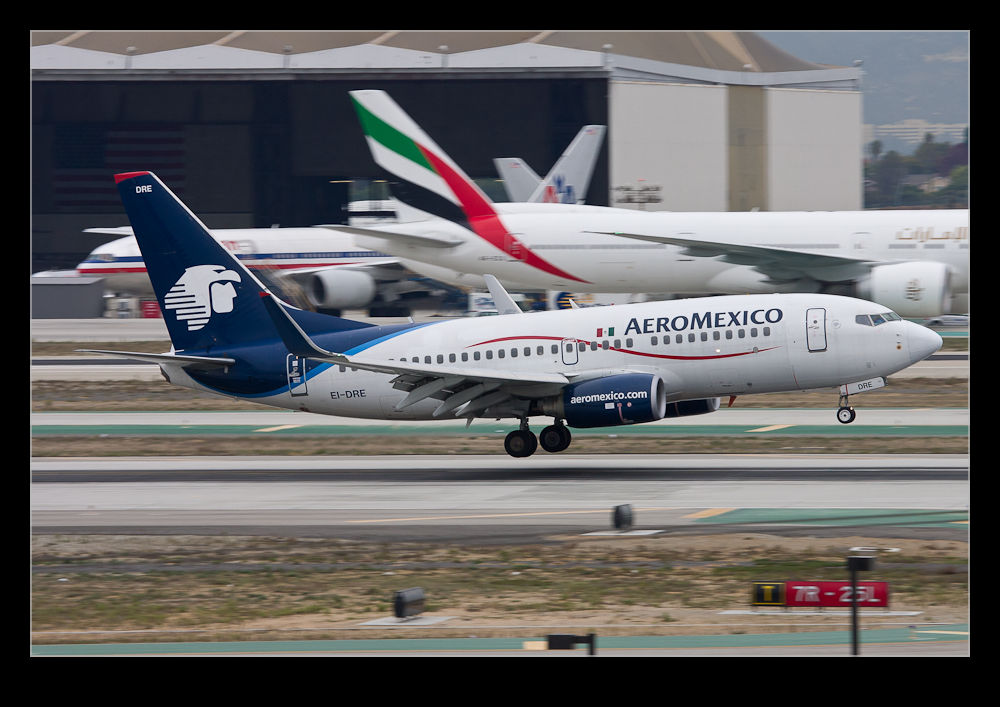 While this may have made the ground handling a little more tricky, it was certainly good from my point of view.  Relocating to Imperial Hill, I now had a lot of arrivals coming in on the runway closest to me and touching down pretty much directly in front of me.  (If it weren’t for the number of power cables around this area blocking the touchdown zones, this would have been perfect.) 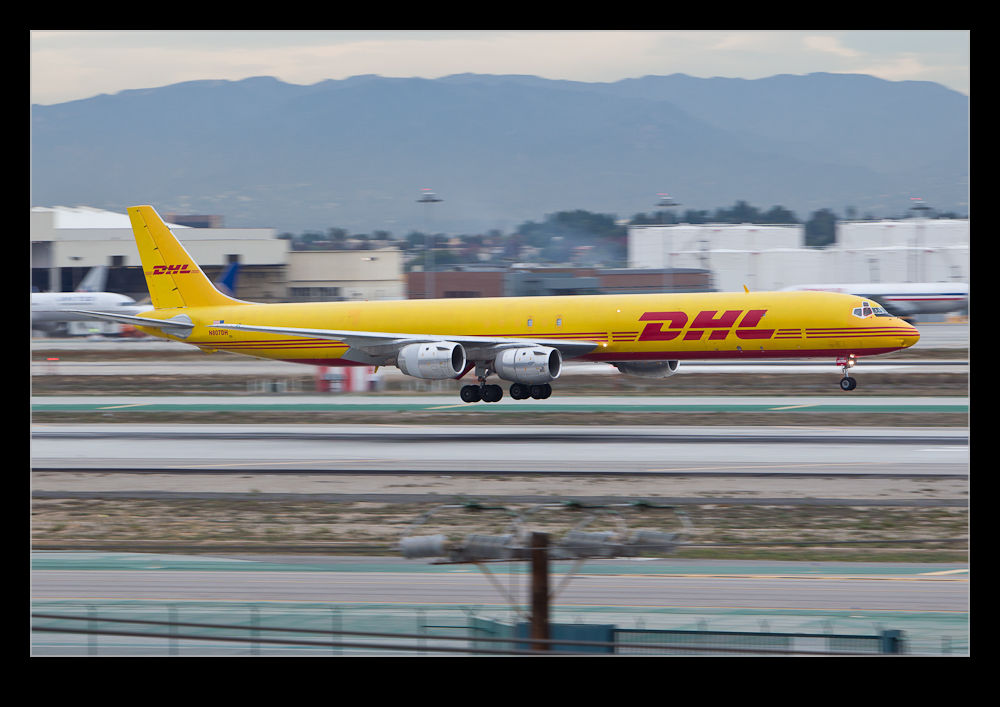 This also meant a lot of departing traffic came our way as well so it was a chance to see things in a slightly different way to that which is normally the case at LAX.  This combined with a few pleasant surprises.  One was the arrival of a Qantas A380 on our runway.  From what I understand, they normally operate from the north side only so this was quite a bonus and there is a shot of it in the post here. 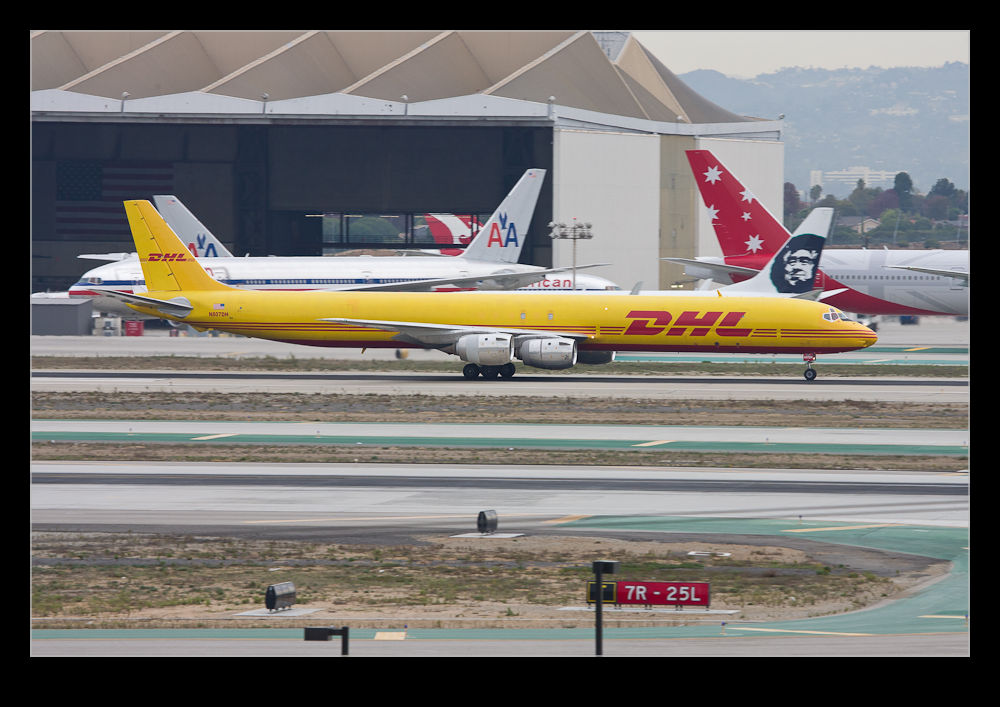 Also, we had a DHL DC-8 show up.  Not only did it land in front of us but it turned around pretty quickly and soon taxied past us and lined up to depart.  Not a bad piece of luck.  The light was a little erratic – it was bad weather that caused all of this – but it was still an interesting opportunity.