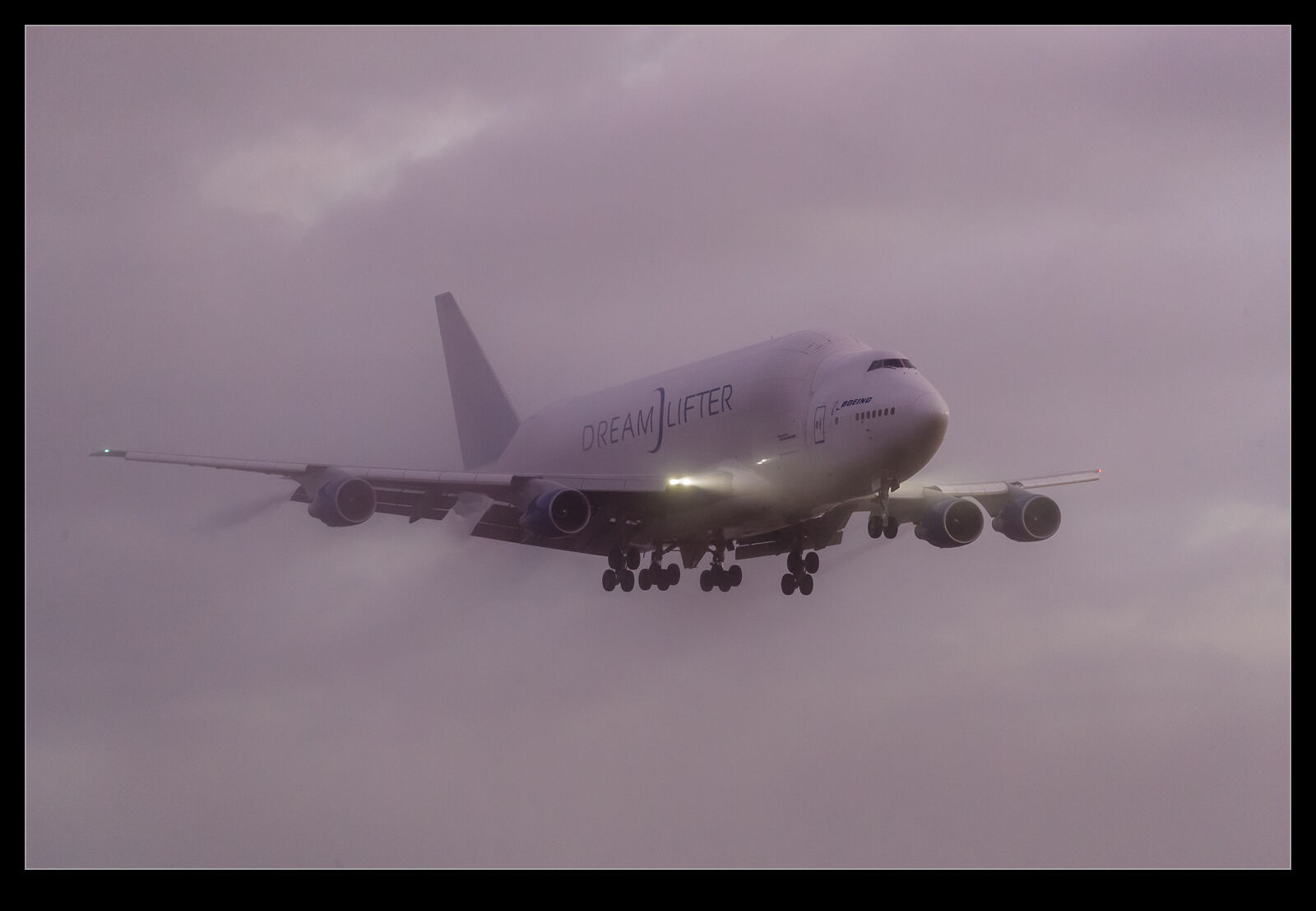 My buddy Paul was visiting so we had a day out looking for some interesting shot opportunities.  We started off the day at Paine Field before the sun was really up.  A Dreamlifter was due in and we figured we would give it a try.  However, as we drove towards Everett, the fog was pretty thick.  The field is on the top of the hill so we thought it might be clear, but things did not look promising as we got closer.  The low cloud was also blocking off the sun that was just above the horizon which, given that it would have been backlighting the jet, might have been a bonus. 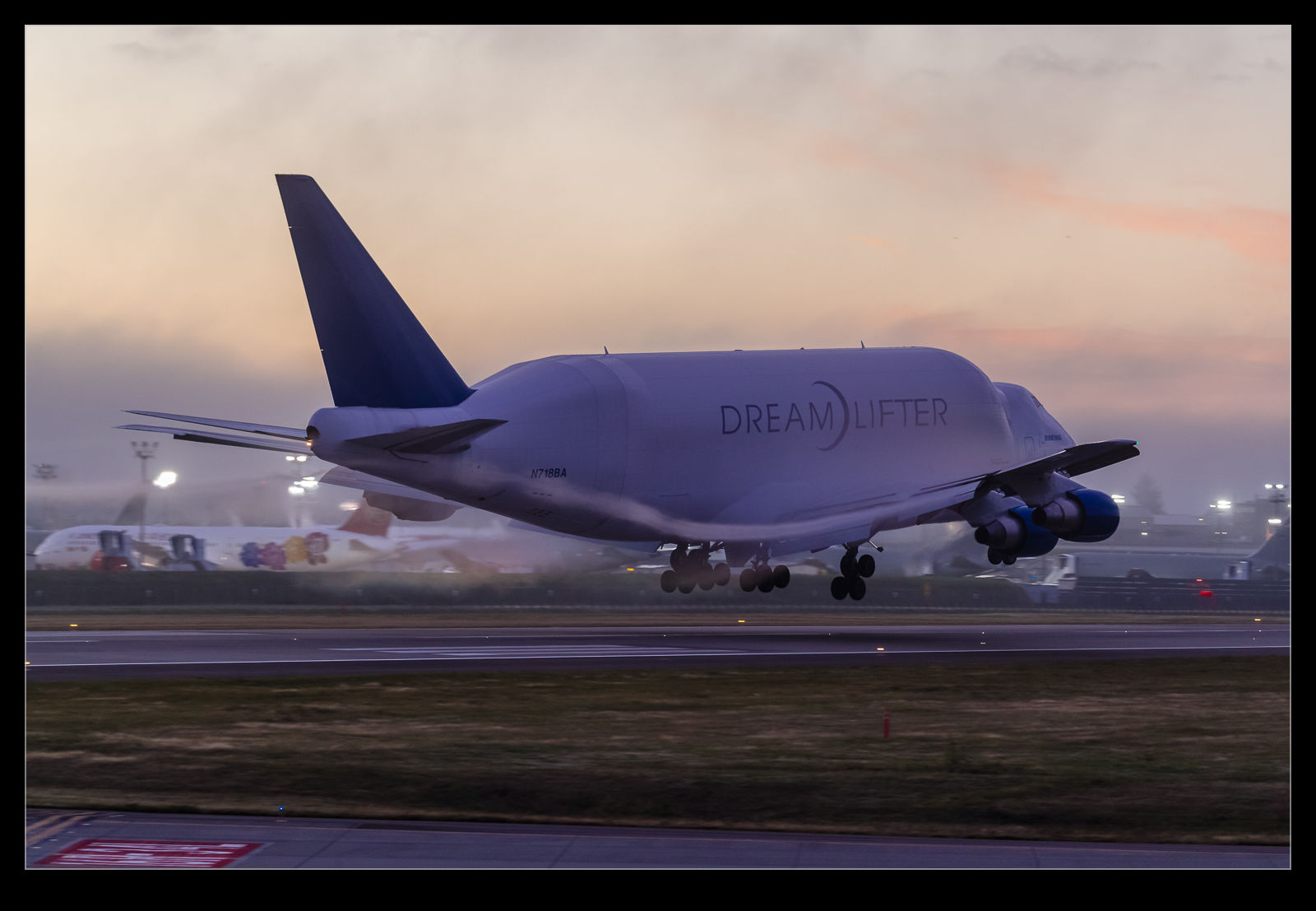 The Dreamlifter came out of the cloud very late on the approach and I was able to grab a few shots of it as it emerged.  It was a rather ethereal look as it came into view.  The dampness of the air meant that the plane was pulling vortices as it floated across the threshold and in to the touchdown zone.  Conditions might not have been the sort of thing that sounded good, but the result was a really cool shot opportunity.  As the plane taxied in to park, we got more shots of it although there was one that would have been fantastic, but Paul only spotted it when it was too late and I didn’t see it at all.  I won’t say what it was but maybe there will be another chance in which case you will see it here! 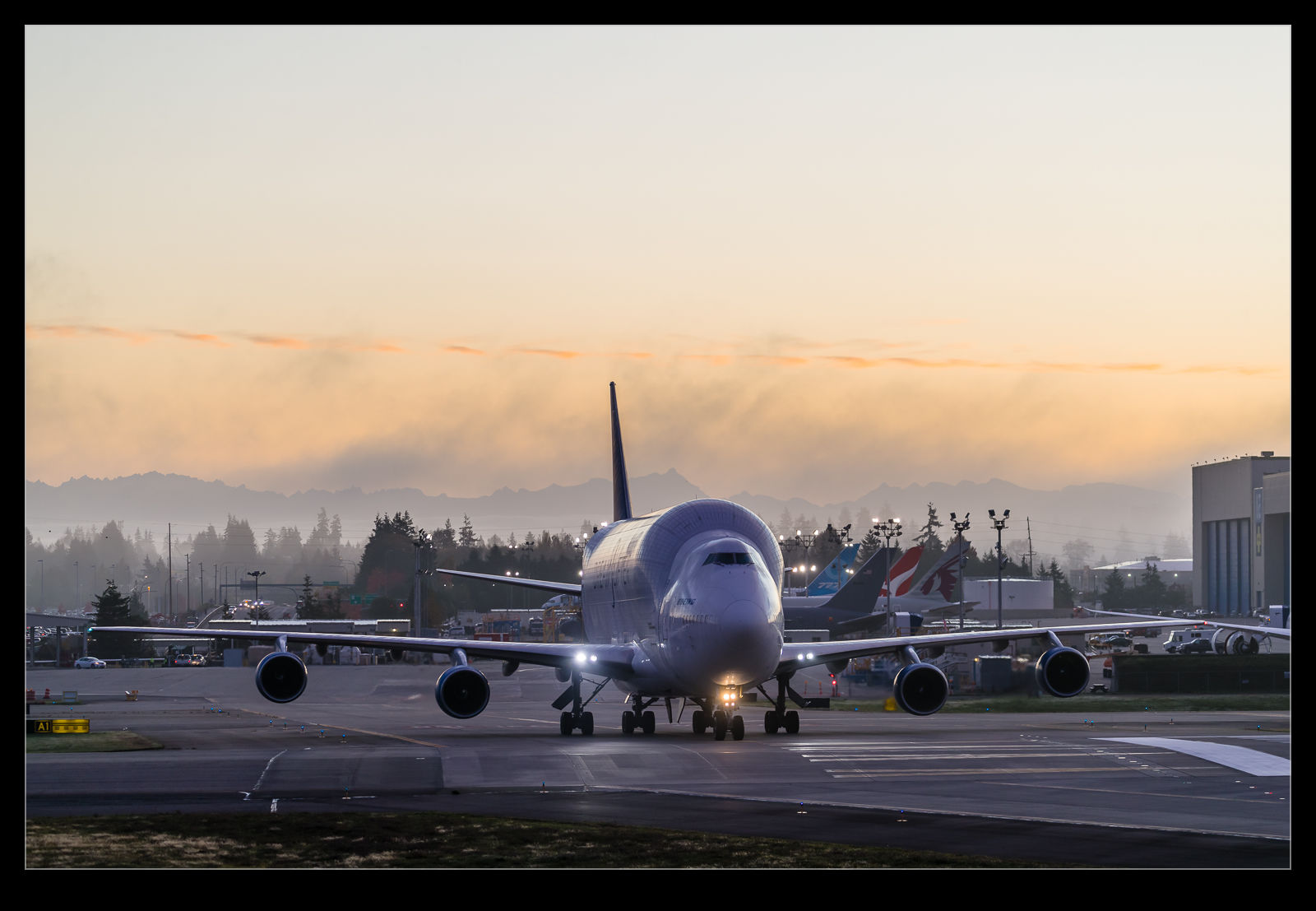 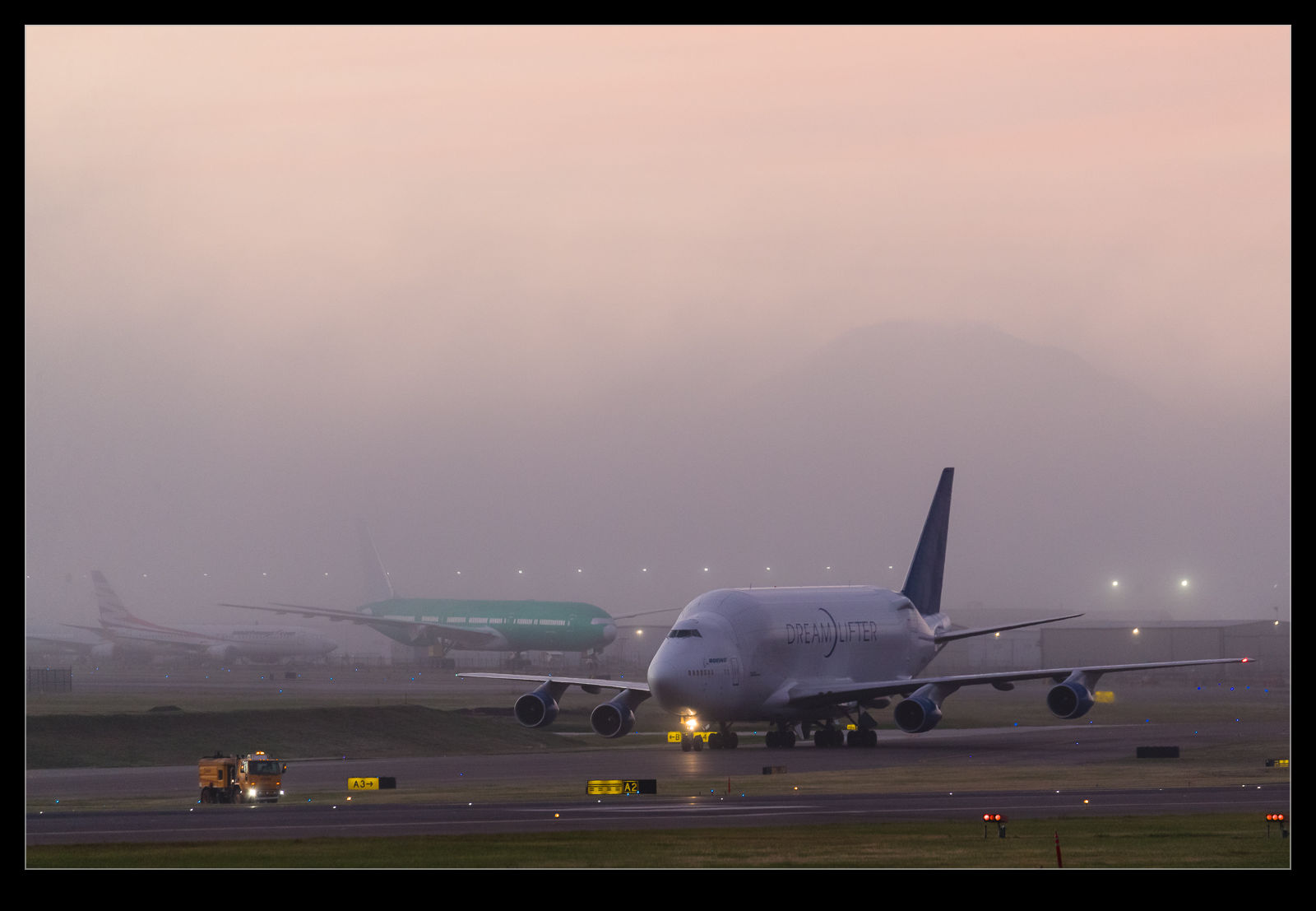