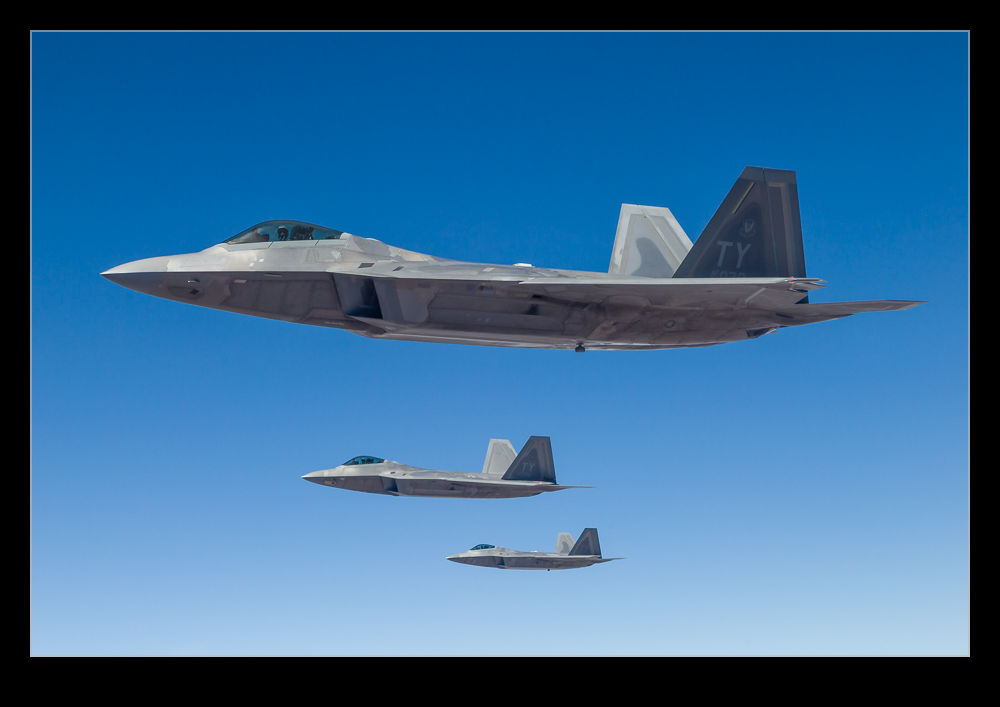 Day two of my Red Flag visit was to involve a trip in one o the KC-135 tankers supporting the exercise. After the troubles of the previous day, it wasn’t entirely clear whether it would go ahead but we turned up at the allotted time and were escorted to the tanker ramp area. A few confused conversations took place with our escort and the crews but it all got worked out and we were briefed on the flight. We were the Blue tanker and were supposed to be refueling F-22s and F-16s, supposedly from Aviano with the Shaw F-16s (which are almost always out of bounds for photography) supposedly going to the Red tanker. 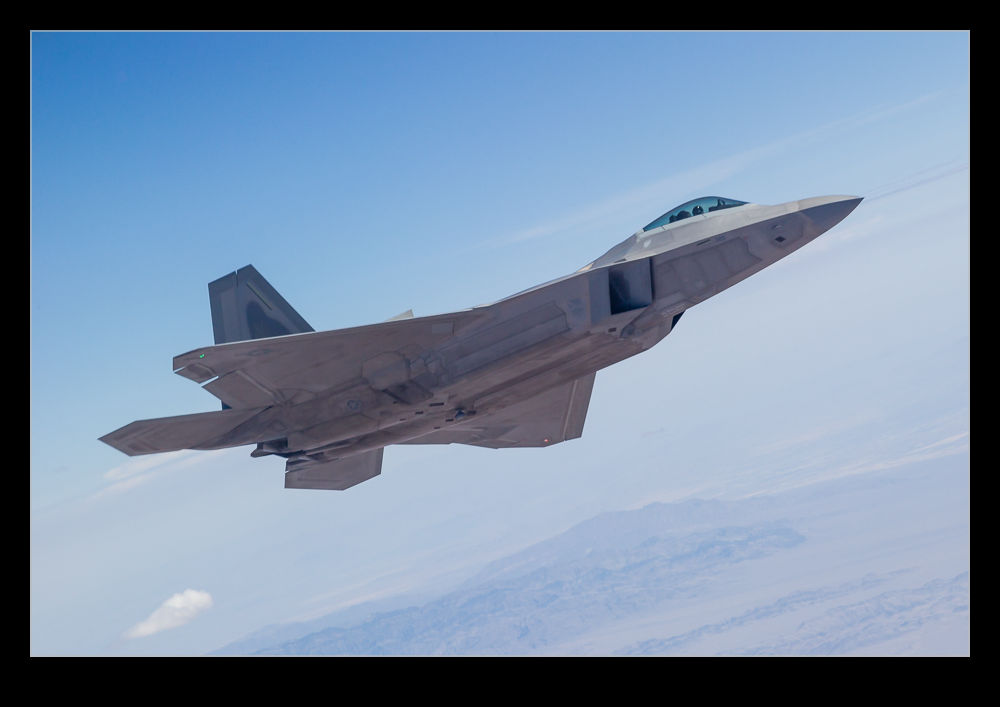 We waited in the ops building for as long as possible before heading out. It was very hot on the ramp but even hotter in the jet. KC-135s do not have any air conditioning while parked on the ground and are painted dark grey. Consequently, the back of the hold (where we would be) is about as hot a place as I have ever experienced. We got there and it was time to sit very still and wait. Also, rationing the water was a good idea since we would be flying for about three hours. 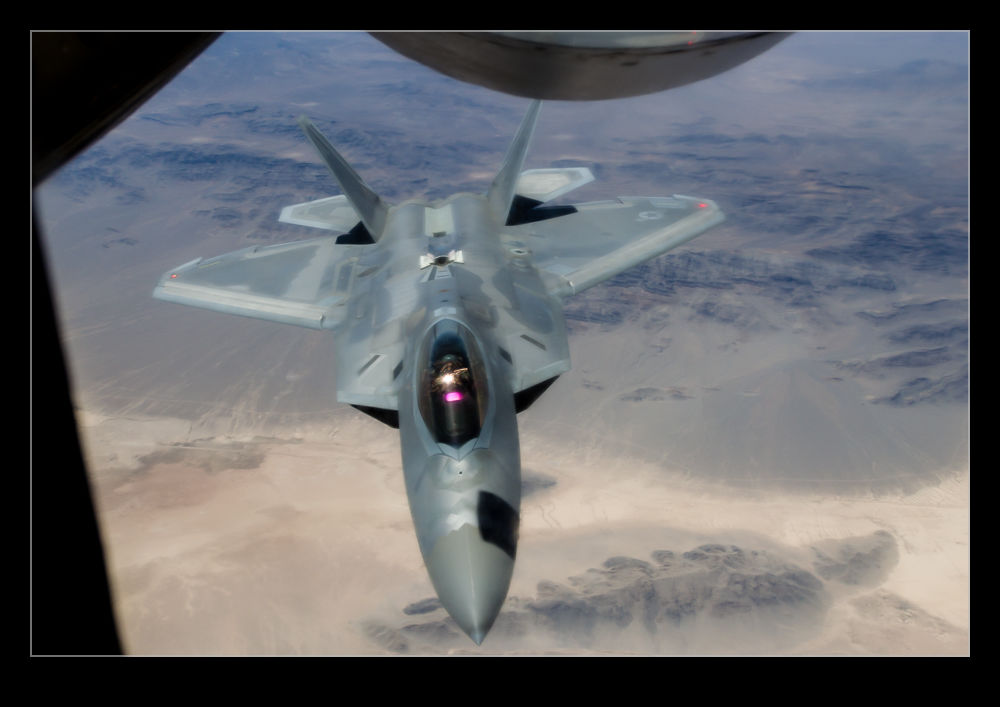 We taxied for takeoff and, once airborne, the cooling started to work and the temperature became reasonable. We agreed a rotation for everyone to get into the boomer’s position to get shots as the aircraft refueled. There are a couple of windows on each side of the jet too so we agreed to allow everyone get a chance with those too. Soon our first traffic appeared. A group of F-22s from Tyndall AFB came into view. Quite an impressive sight they make as they hang on the wing tip of the 135. They then take it in turns to drop under the jet and hook up to the boom before sliding out to the other side and waiting for the rest to finish. With some encouragement, they might make a more aggressive departure from the boom which is nice. 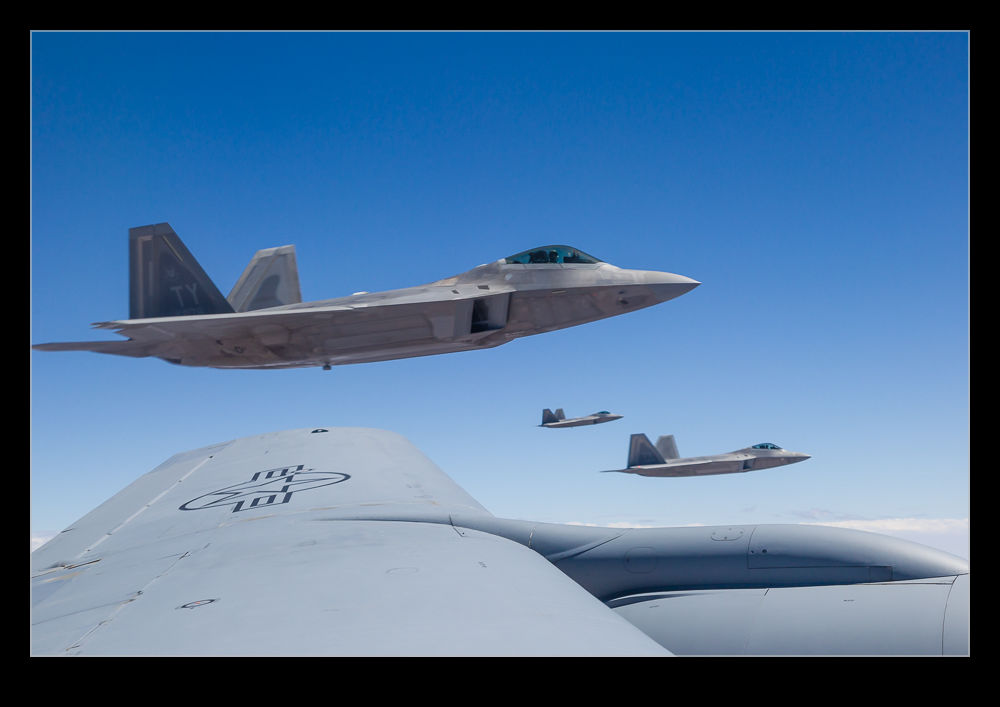 Our next traffic soon showed up. These were the F-16s but not from Aviano. They were Shaw jets and so out of bounds for photography. This was a big disappointment. We could take shots but they would be subject to scrutiny by the security team so would probably be deleted. I took a few but deleted them myself to speed the review process. They were cool to see even so. Lying beside the boomer and looking straight down into the cockpit of the jet below while the pilot looked up at us was an interesting experience. 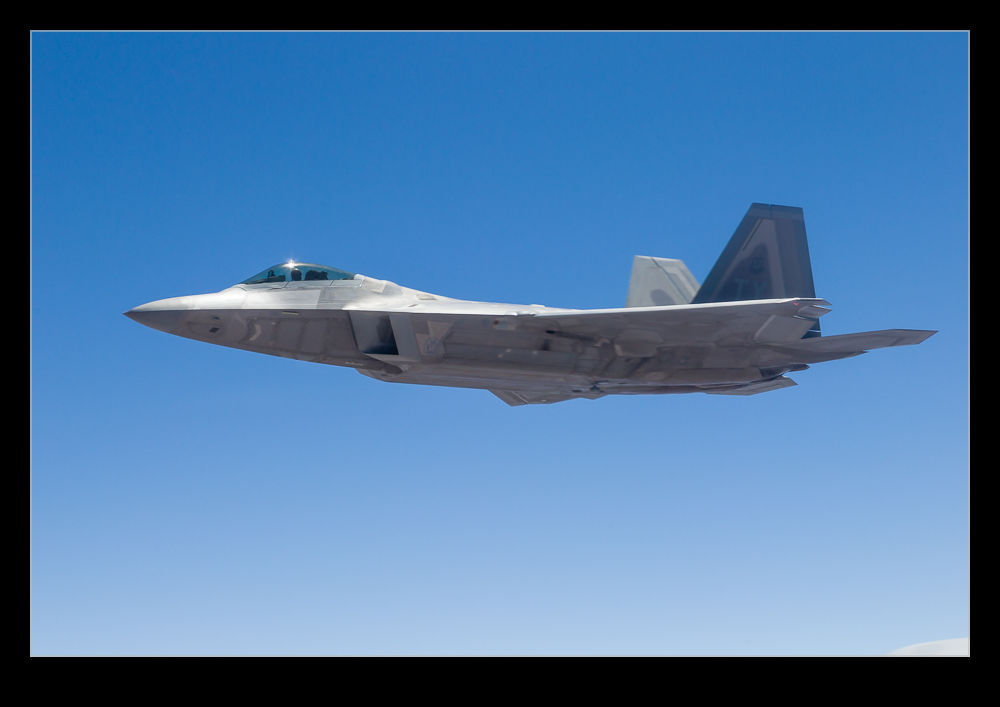 We had more F-22s while we were there but it didn’t seem that long before we were heading back down again. We strapped in for landing and then had an extra moment of interest as the aircraft had to carry out a go-around. There was a strong tailwind so, as we were looking like we would land long, a go-around was the safest bet. Once back on the ground, we handed in our cards for review. Waiting for them to be mailed back seemed like an eternal wait as I was keen to know whether I had got anything worthwhile. The summer sun was a bit harsh and there was a lot of fluid on the boomer’s window but I still ended up with a few that I am very happy with. Thanks to the team at Nellis AFB for making I work out. 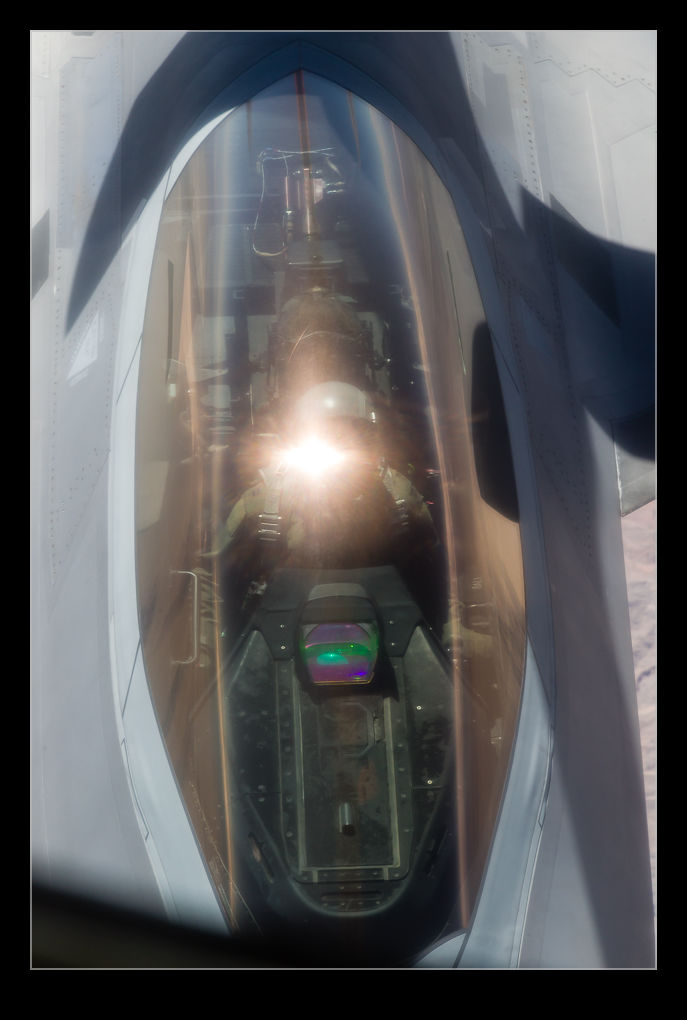 3 thoughts on “Air-to-Air With Some Raptors”