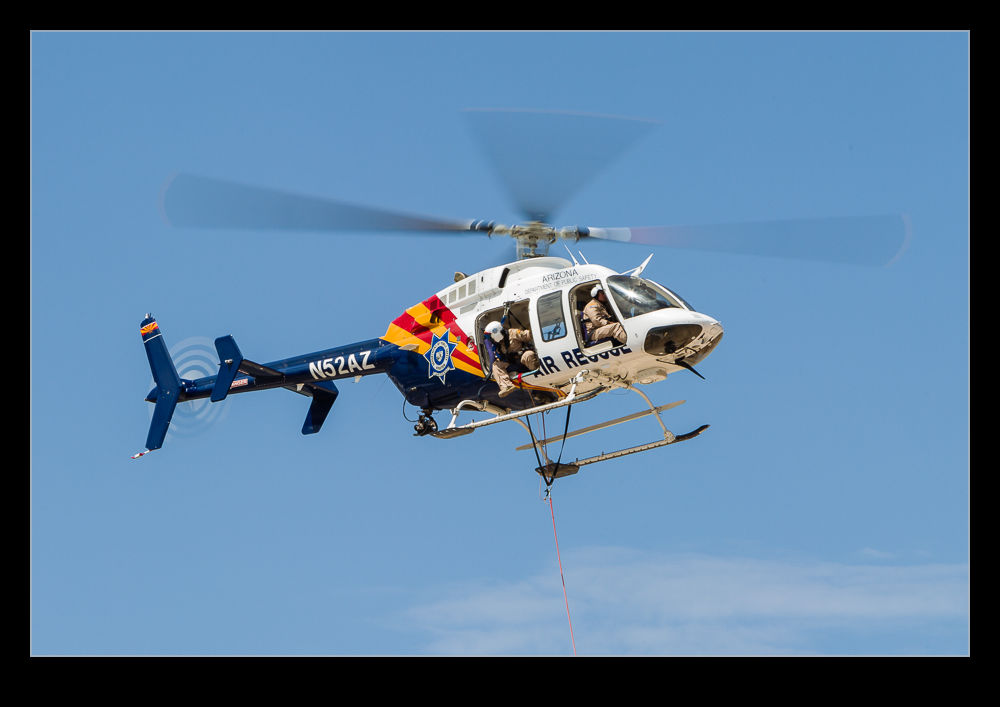 I was heading back to the airport in Tucson to catch my flight when I came upon a Bell 407 doing some long line work with a person on the end of the line. Normally this sort of thing happens when you are nowhere close to a convenient place to stop. However, this time I was in luck. A turning was coming up and it had a great place off the road to stop. Consequently, I got to spend a bit of time watching the team training. 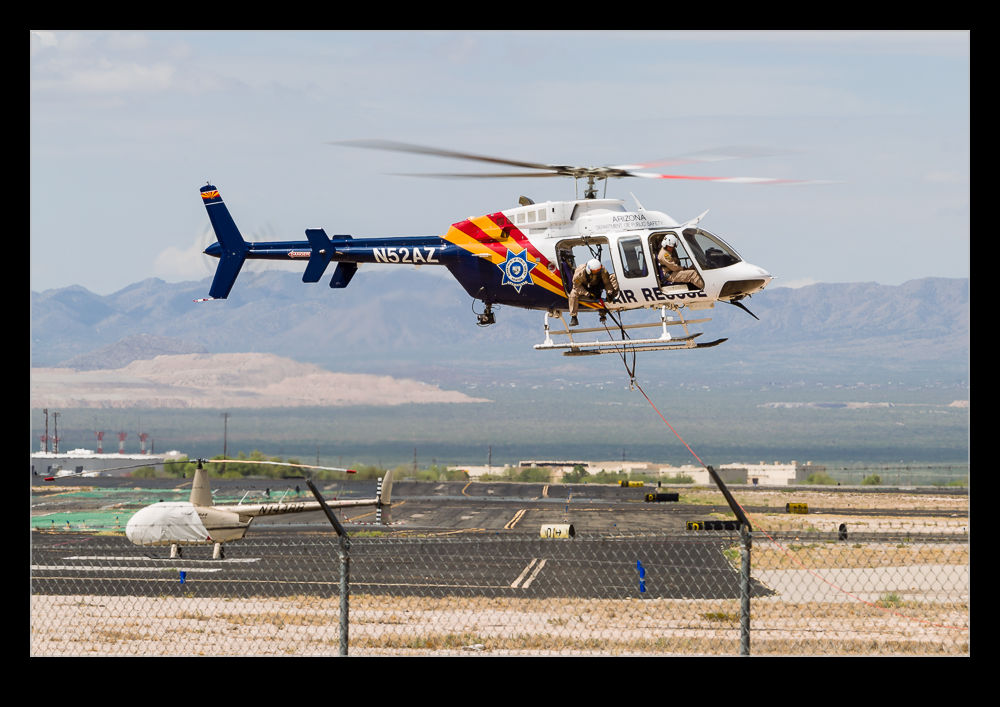 They were from the Arizona Department of Public Safety. I have no idea what that is and as a dodgy foreigner, I wasn’t going to ask. They were lifting a guy from the ground, holding him for a while and then depositing him back on the ground. They also landed briefly during the time I was there. I did have a flight to catch so I couldn’t hang around for too long but I was able to get a few shots of them at work before it was time to take the car back. 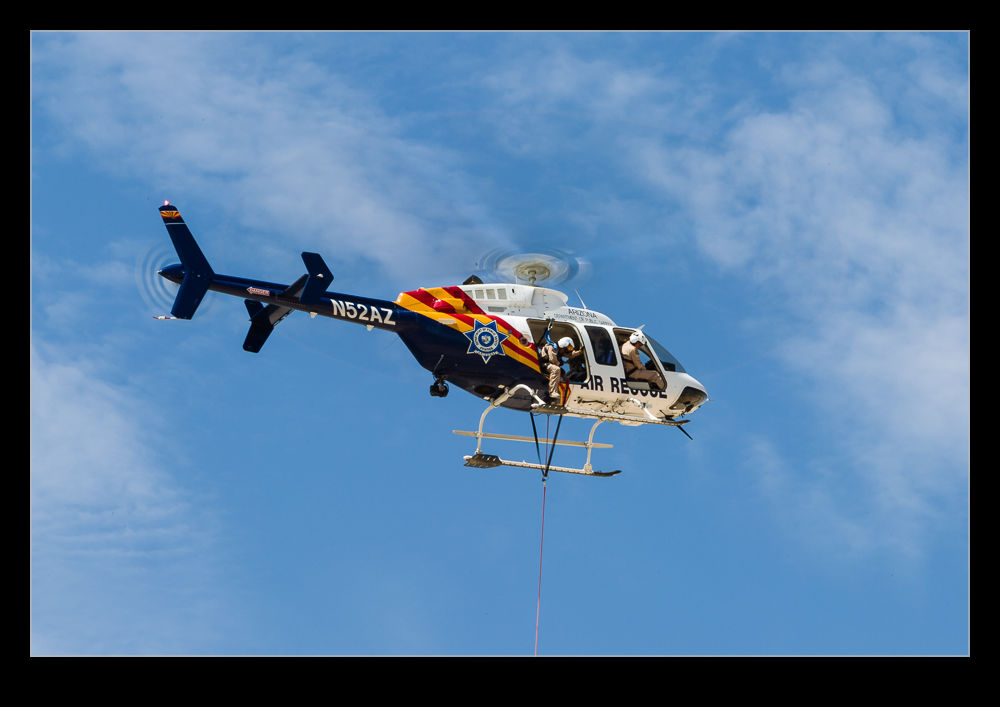 Since they weren’t too far away, I was able to use the 70-200mm. That also gave me some flexibility for playing with low shutter speeds. As I do in these cases when I have the time, I ramp the speed lower and lower. That way I figure I will get some sharp ones and then gradually increase the failure rate until nothing comes out sharp or, as is the case on a sunny day in the Arizona summer, I run out of apertures to slow the shutter speed any further. In this case, I had good luck throughout the range and was able to get some really nice discs for the rotors.