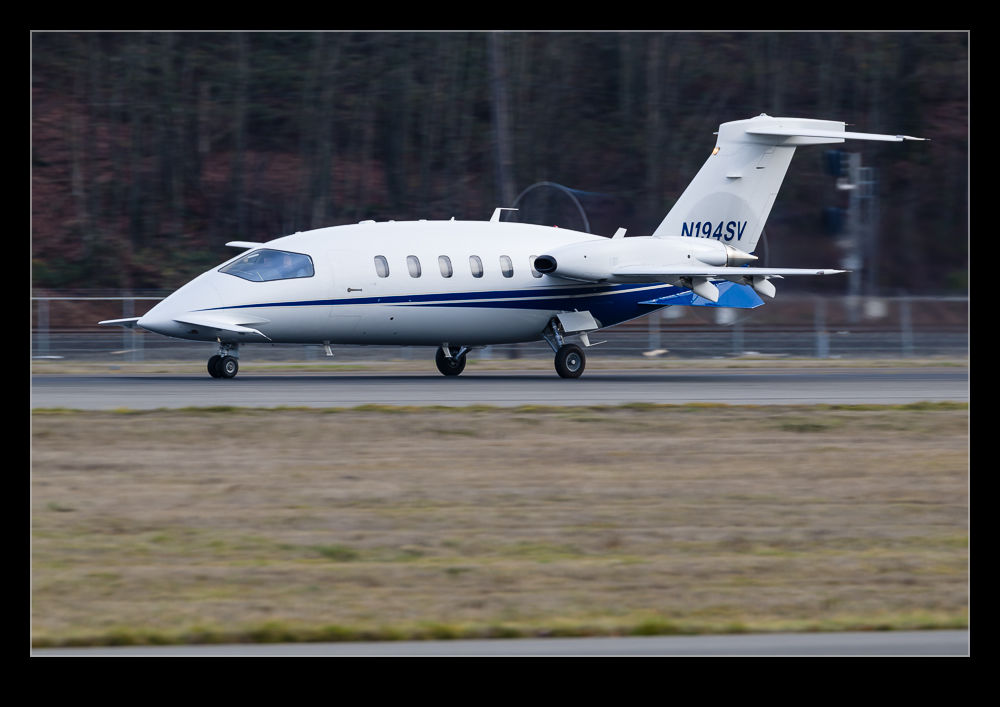 Not long ago, I posted about seeing an Avanti for the first time in a while.  The lack of Avantis having been broken, I have seen a couple more.  I saw that one had come in to Boeing Field and I was there before it fired up for its next flight.  It taxied out on the opposite side of the field and then took off to the northeast. 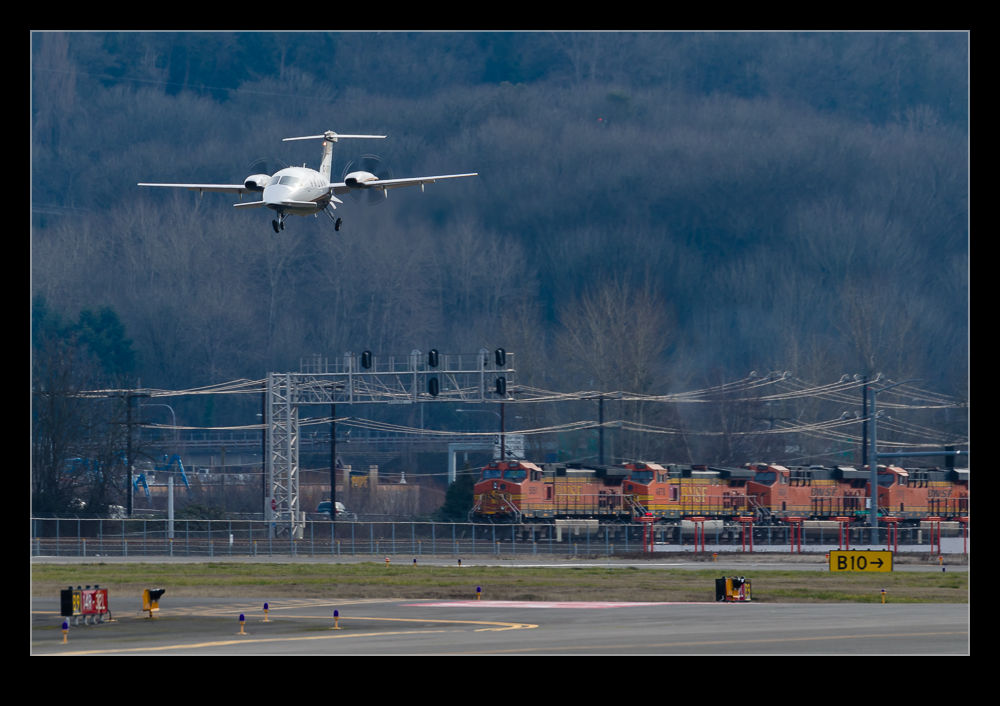 A short while later, I saw a silhouette of a plane on approach and looked closer to see what it was.  It looked pretty like an Avanti so I figured it was the same aircraft returning for some reason.  I was a bit bothered that something might be wrong but happy to get another chance to shoot it.  As it got closer thought, it was clearly not in the same paint scheme.  Instead, it turned out to be a Canadian registered example and a pretty nice looking one at that. 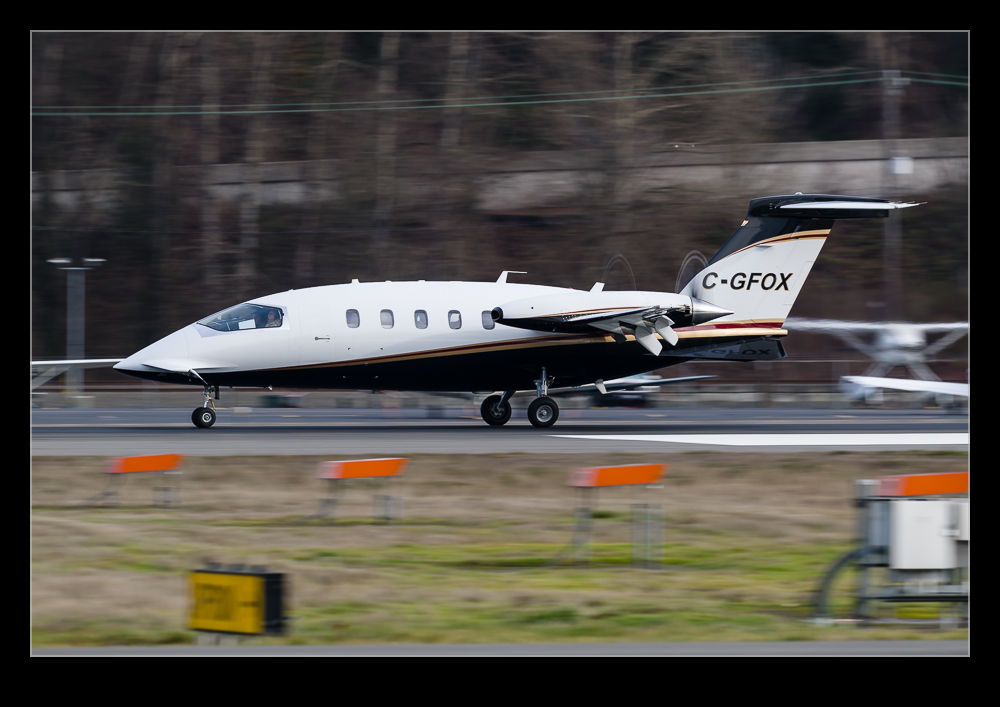 Getting two Avantis within a short space of time was an outcome I was pretty pleased with.  Unfortunately, I couldn’t hang around to get the departure of the second example. 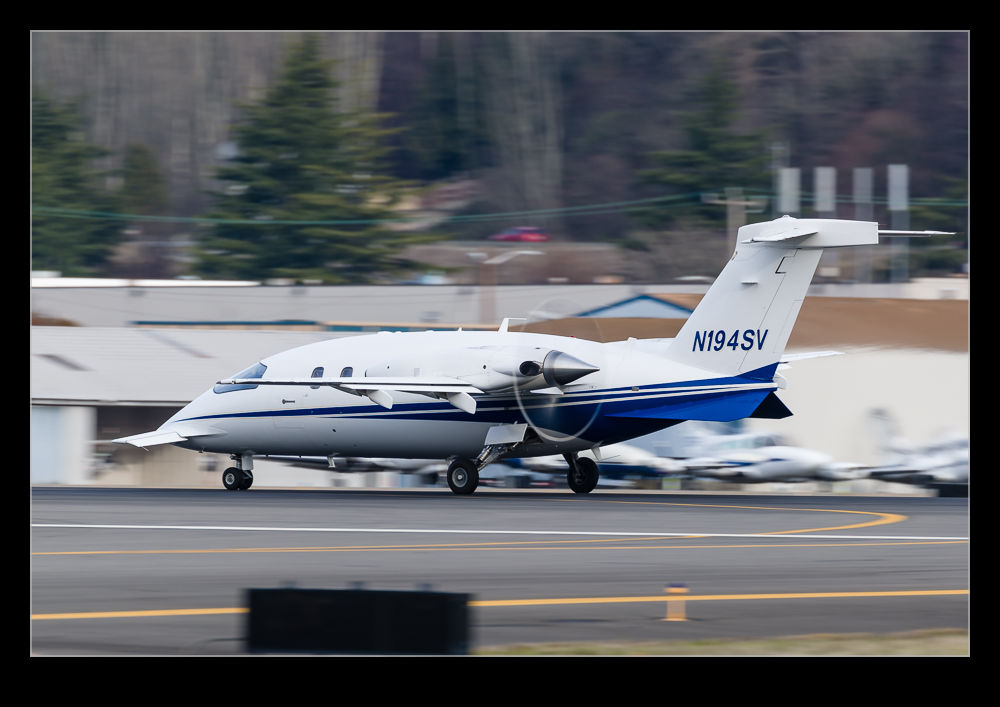